There are many male characters with long hair that you may have not noticed.

They’re either the protagonist or even minor characters within the , and have failry long to very long hair styles.

Here are some characters that you may have noticed. 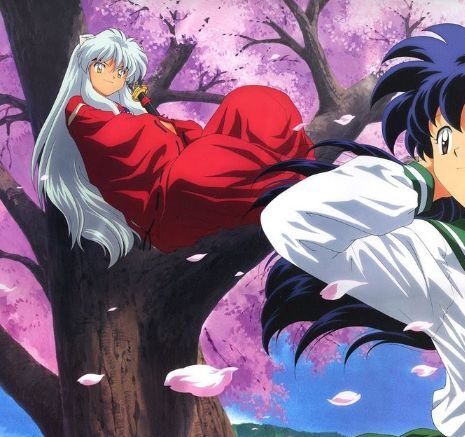 has long, white hair and he is a demon / human. Two of the women’s protagonists were able to fall in love with him: Kagome Higurashi and Kikyo.

Kagome was intrigued with ’s appearance when the first two met, got the white hair and dog ears from his father who is a dog demon while the other part of him is human and he got that from his mother.

is about a girl who falls down a well in her family home one day and goes back in time to the feudal era.

Relevant: 25 Of The Absolute Best Anime Girls With White Hair 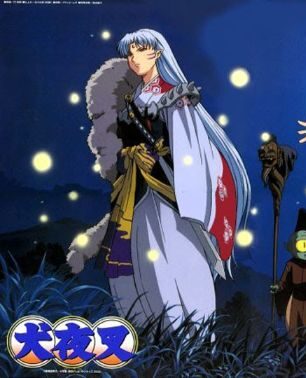 Sesshomaru is ’s half-demon brother, he has the same father as but a different mother.

To me, Sesshomaru seems like the more masculine type than .

He’s trying to find himself at times, and trying to figure out why his father gave him the sword that is useless to him and gave the other sword to instead.

He almost looks like with the long, white hair and dog ears; but other than that, the two are completely different. 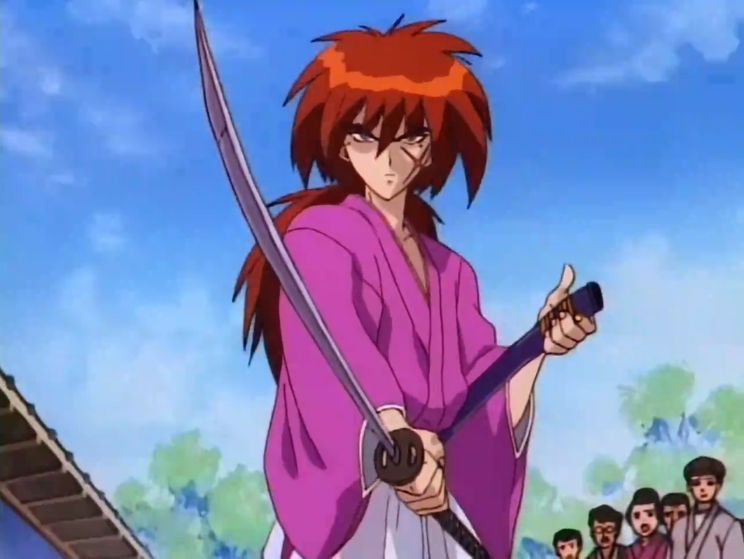 Rurouni Kenshin is a samurai that takes place in the Meiji era. Himura Kenshin meets Kamiya Karou one day and the two really didn’t hit it off that well but became close friends.

Kenshin has long red/orange hair which is usually in a ponytail till the end of the where he cuts it off.

Rurouni Kenshin is a long series but some of the episodes are awesome even the fillers.

Related: 18 Of The Greatest Anime Characters With Orange Hair 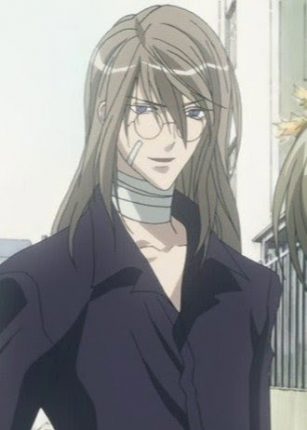 Soubi is in the and of Loveless, he is the fighter unit for Seimei and then later on, for Ritsuka.

Throughout the , Ritsuka figures out what Soubi is to Seimei and finds out more about being a Fighter / Sacrifice.

Soubi became Ritsuka’s fighter who is named “Loveless,” but it isn’t supposed to happen cause Soubi has Seimei as he has the name “Beloved.”

It is a puzzlement on who Ritsuka’s real fighter unit is.

14+ Of The Best Yaoi Anime Characters You Need To Know 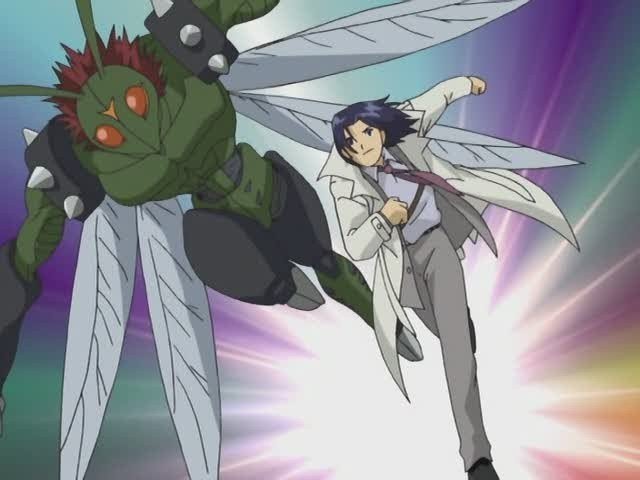 Within the middle of the series near the end, he had changed and worked with the rest of the Digidestined to save the Digital World.

Ken’s hair during that time was shorter, and even though the adult Ken was only on for a few minutes, his hair has grown longer and is almost shoulder length.

His personality has changed drastically when the Digidestined saved him from evil. The Ken is now a private investigator. 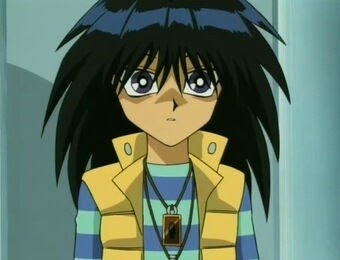 The younger brother of Seto Kaiba in the original Yu-gi-oh series. He is around Elementary School age and has long black hair that he is mistaken for a girl at one point during the .

He looks up to his older brother and is vice president of Kaiba Corporation. Unlike his brother, he is more kind to others and makes friends easily.

In Yu-gi-oh season 0, Mokuba’s behavior was opposite and his hair was a bit longer than the original. 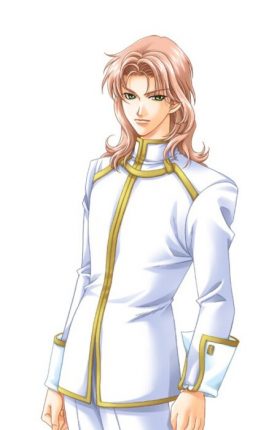 Karou is part of the treasury / accounting department in the : Gakuen Heaven. Karou is called “queen” because of how he looks and hates it when Tetsuya Niwa teases him about it.

When the protagonist: Keita meets Karou for the first time, he even thought Karou was a “girl” at first.

There are times that you see Karou drinking tea in the treasury / accounting department while talking with Omi. 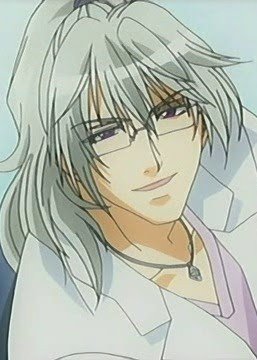 In the beginning of the , you’ll see that Jin has a few appearances and lines. It isn’t till towards the end of the , he is hiding something that no one knew about.

He and protagonist, Kazuki Endo are both close as he was a mentor to Kazuki. He has long, silver hair and is the school nurse to the students.

He kidnaps the other protagonist: Keita for a reason. 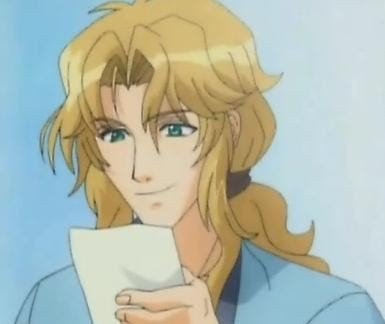 The captain of the tennis team in Gakuen Heaven. The first time he sees the protagonist:

Keita Ito, he immediately tries to get him and thus prompts the other protagonist: Kazuki in a jealous mood. Naruse calls Keita “honey” whenever he sees him on campus, he even tries to teach Keita to play tennis.

However, he is a minor character and doesn’t have much of an appearance except for like a cameo or a few lines for Naruse.

Relevant: 11 Of The Best Anime Where The Hot Guy Has No Love Interests 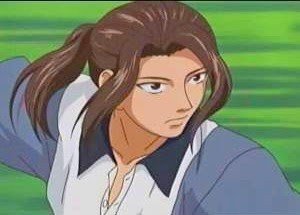 He is part of the Hyotei Academy in Prince of Tennis. However, he was kicked off the team and due to that, he begged the coach and cut off his long, brown hair to be a part of the team again.

He is one of the top players in Hyotei Academy, his double partner is Chotaro. Both of them fought against Kaidou and Inui, they won the doubles match. 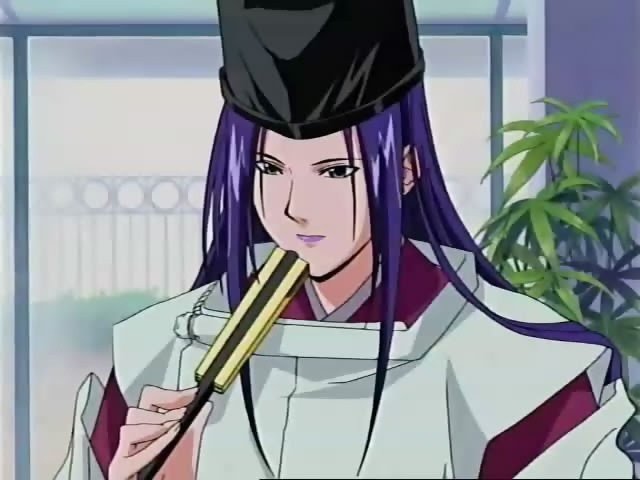 Sai’s spirit lies in a Go board where the protagonist: Hikaru Shindo sees it one day.

In the beginning of the , Sai teaches Hikaru the game of Go and thus he began his journey on being in the Go tournaments for Sai.

Sai wants to play Go and Hikaru does it for him. It isn’t long till Hikaru gets his own rival and becomes one of the top players. 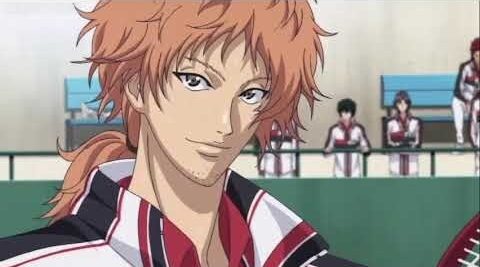 Yamato is the Captain of Seigaku’s tennis team, prior to Kunimitsu Tezuka being captain.

Yamato’s appearance in the original Prince of Tennis was quite different as he wore shaded and his hair was black and not quite long.

His appearances changed during the U-17 episodes. 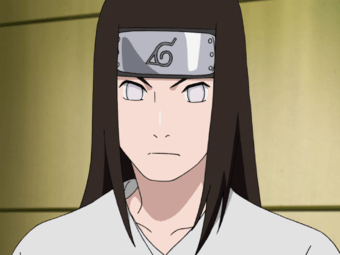 Neji is part of the Hyuga clan and is the cousin of Hinata.

At the beginning of the , Neji seemed like the bad guy as he overwhelms Hinata in a fight in the Chunin Exams. Driven by personal reasons. a

In the sequel of Shippuden, Neji becomes Jounin and his attitude changes right after the chunin exam.

Neji even fights alongside Hinata during the 4th great ninja war.

Relevant: Why Itachi Uchiha Is Not A Hero, Regardless Of His Impact In Naruto 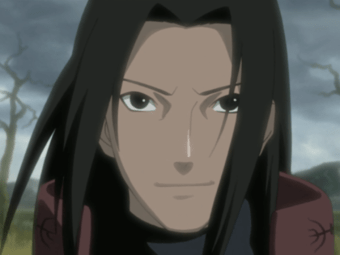 Hashirama is only seen during flashback episodes in where he usually fights against Madara Uchiha.

Both Hashirama and Madara created a village that later becomes the Konoha we know in the main story. 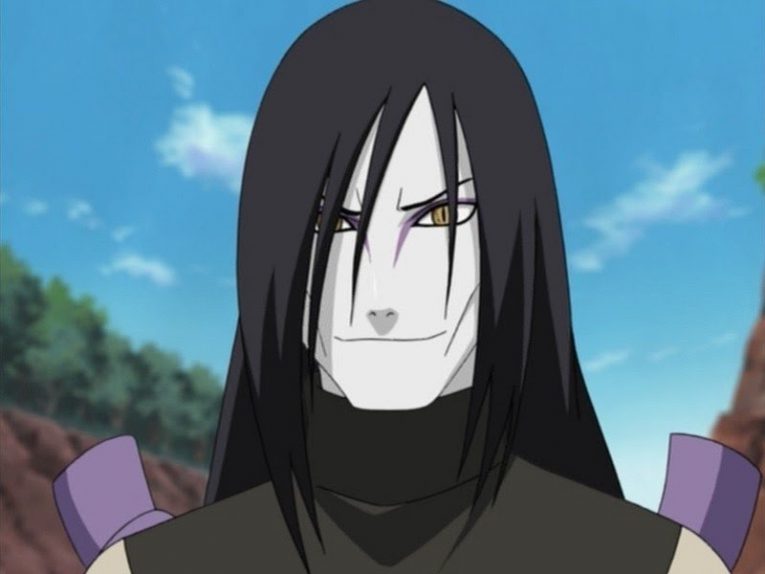 Orochimaru has long, black hair and yellow eyes. Like a snake.

He’s on the same legendary sannin team as Jiraiya, originally. Unlike Jiraiya, Orochimaru has evil plans and wants to become immortal.

He was able to get Sasuke as an apprentice and influence Sasuke to abandon the leaf village.

During the sequel of Shippuden which is titled Boruto, Orochimaru has become more “human” and isn’t as evil as he once was during the series. 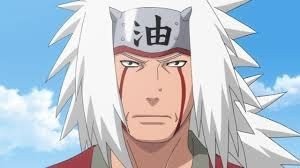 Jiraiya has long, white hair and is definitely one of the most perverted characters.

He’s the author of Make-Out Tactics, a book for adults only.

Despite being perverted, he is one of the legendary sannin and incredibly strong in battle.

He is like a father-figure to Uzumaki thanks to the role he plays in the series. 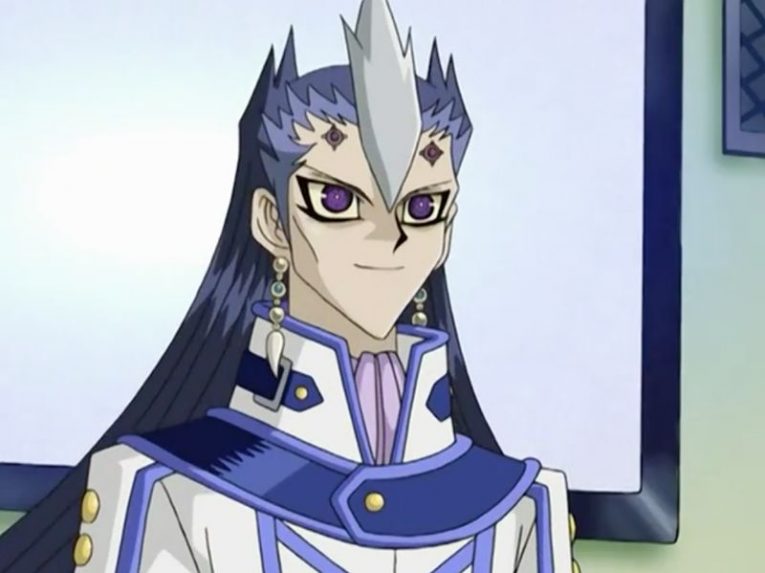 The first time you meet Sartorius is in Yu-gi-oh GX, the sequel to the original Yu-gi-oh.

He’s a fortune teller and he thought he could change the world as he is also the leader of Society of Light.

He has some of my favorite episodes where he goes to Domino City and meets Seto Kaiba, one of the protagonists from the original.

Sartorius seems evil but that’s because he is, but after a duel against the protagonist, Jaden Yuki, he was able to defeat the evil within.

He returns to Duel Academy to have another rematch later on.

Relevant: All Of The Greatest Quotes Ever Heard From The Yugioh Series! 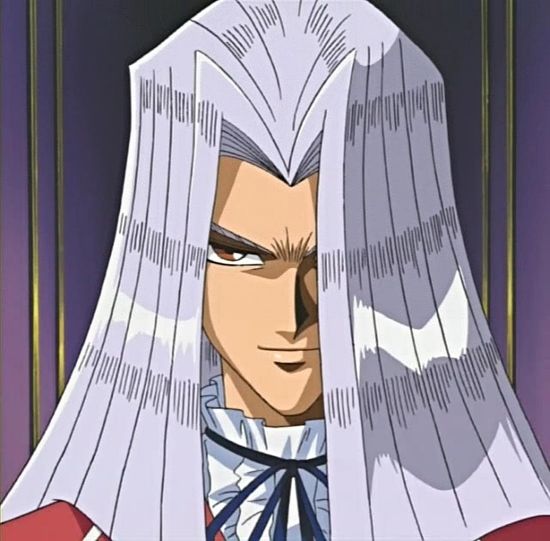 Pegasus is the creator of Duel Monsters in the show of Yu-gi-oh, he has the millennium eye and wants the Millennium Puzzle for himself as well as other millennium items to bring back his wife.

I didn’t like Pegasus in the beginning, but after the first season, he became an ally to Yugi and his friends and his way of thinking changed about the millennium items.

Yu-gi-oh is a card game show and is about a shy kid named Yugi who solves the millennium puzzle and meets his alter ego. 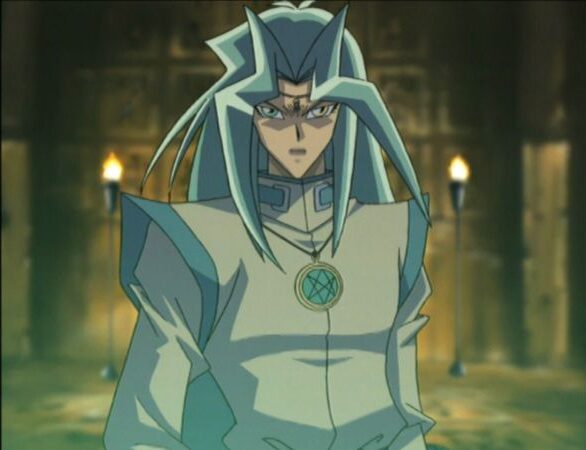 Dartz is only in season 4 of the original Yu-gi-oh with Waking the Dragons arc. Dartz has long, light blue hair and eyes.

He uses the Seal of Orichalcos to trap the souls of people to revive the Great Leviathan, Dartz lives in Atlantis.

When Yugi and Kaiba won the duel against Dartz, Dartz freed the souls that he trapped and he was able to go to the afterlife down in Atlantis.

The series of Waking the Dragons is my top favorite in the original Yu-gi-oh as it’s darker and mysterious. 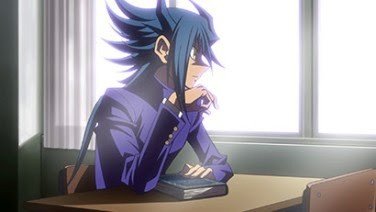 Aigami was only in the movie: Yu-gi-oh Dark Side of Dimensions. He has long, blue hair and gold eyes.

He wants the Pharaoh to return from the Millennium Puzzle of Yugi’s and thus he duels Yugi at the end of the movie.

Yugi wins the duel against Aigami bringing his friend back.

The movie is quite good as it has awesome graphics and new duels, it is also mysterious due to Aigami being there.

27+ Of The Greatest Anime Girls With Long Hair