Shonen is always assumed to be made by men. But that’s far from the truth not just in Shonen, but with MANY genres in the industry.

Some of the most famous or well written are done by women. And this is true with Shonen in particular.

Let’s give credit where credit is due, since it’s not talked about much. 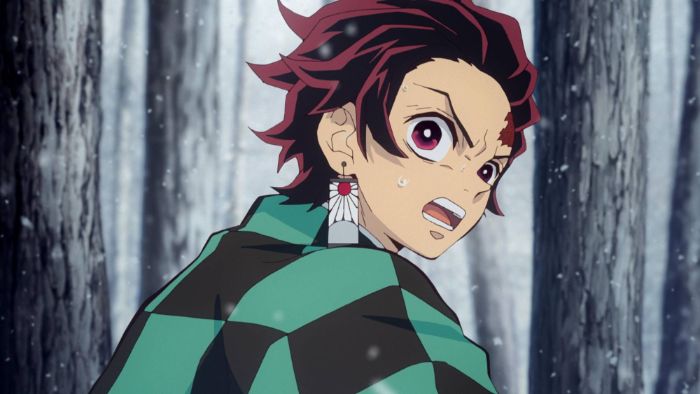 We all know and the impact it had on the industry. That wasn’t the case when it was just the series.

When it was adapted into an in the later half of 2019, it later, especially during the pandemic, become the #1 selling of all time.

Even in the USA it dominated so much that nothing could compete by sales figures (comparatively).

It will surprise some fans to know the author is a woman. And it’s also not her only piece of work she’s created.

just happens to be the most popular she’s done, which no one would have expected to this level.

Related: Mugen Train Movie Made Over $352+ Million Dollars, The Author Was Paid… 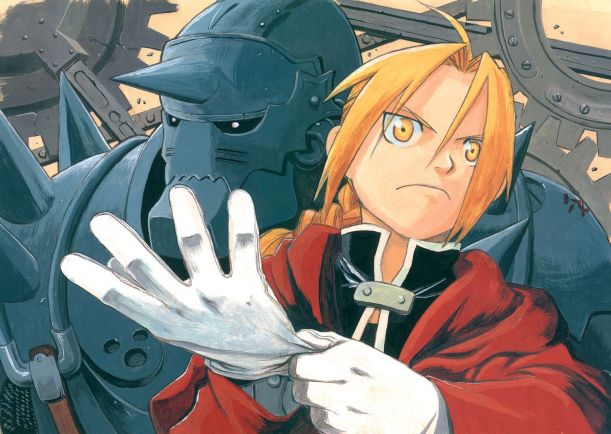 Hiromu Arakawa is a lot more seasoned than ’s author, meaning she’s had “success” for much longer.

The and : is a classic that fans are still talking about and referencing today.

The combination of 2 brothers: Edward and Alphonse Elric, and the life lessons of “equivalent exchange” makes for a unique plot.

This is more true for the harsh reality both brothers face for trying to bring back the dead, and “play” with the laws of nature.

With only one season and an adaptation that was more true to the , the is solidified at this point. 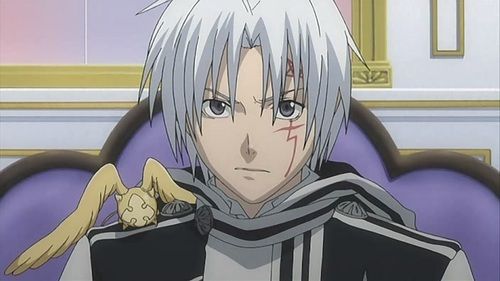 Katsura Hoshino is the face and author of D. Gray Man. A Shonen I’d consider a classic but is underrated and not as famous as others.

It’s about Allen Walker, a boy who’s cursed with an eye that can see demons and ghosts, and an arm that can destroy them.

Feeling like he’s the only person who can deal with his problems, he tends to do things alone. To the annoyance of the friends he makes along the way.

With concepts similar to Soul Eater as far as “exorcism” and things of that nature, it’s an every Shonen fan NEEDS to watch.

There are well over 100+ episodes. 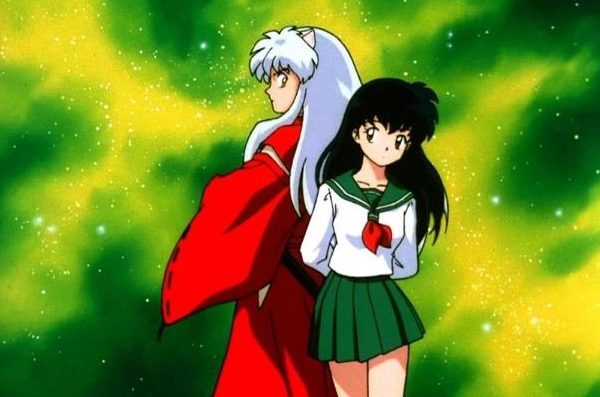 The romantic series of shouldn’t surprise you when you realize it was made by a female author.

This was one of the original Isekai anime series, well before the trend started to blow up and become a norm.

Kagome Higurashi, a teenage girl falls in a well and ends up in the Edo period of Japan. And she can go back and forth between this world and her own world in the present.

With over 150+ episodes at least, It’s an old school classic romance/fantasy with some solid action, villains, and characters.

Rumiko Takahashi (the author) deserves a lot of credit. 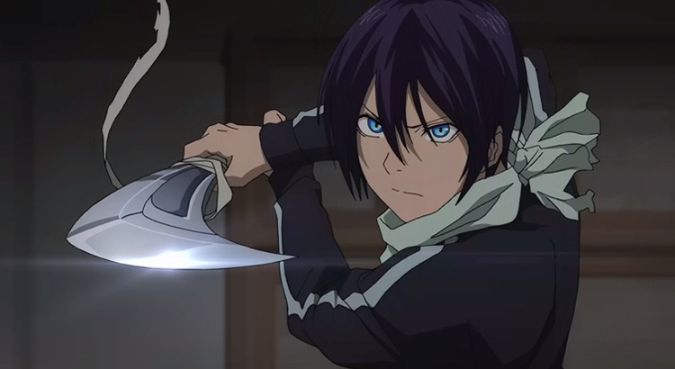 Adachitoka is the creator of Noragami, an with gorgeous visuals and well designed characters to say the least.

Yato is a god, but not an ordinary God. He’s a “poor” God. Even the Gods are ut into classes and hierarchy’s in this ’s world.

A girl called Hiyori enters Yato’s life (you could say the other way around) and they both form a friendship of sorts together.

Being adapted by Studio Bones, this is one of their best shows ever made. And not to mention one of the author’s best as well. 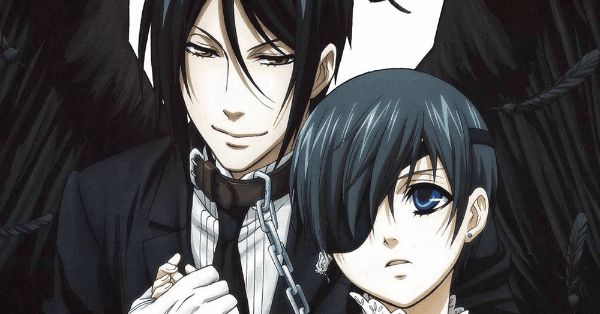 Black Butler is a low-key popular with a cult following. It’s not on a mainstream level like lets say, MHA but is well known.

Portrayed in a British context, London to be exact, the characters, mannerisms, and personalities are different to the usual .

Ciel Phantomhive, the MC, is a literal dog for the queen. He does her dirty work, no matter how menacing, savage, or corrupt.

Sebastian, Ciel’s butler (a typical British name) works alongside Ciel and plays an important role in the plot.

This isn’t Yana’s only series, but it’s one that clearly stands out in her catalog. 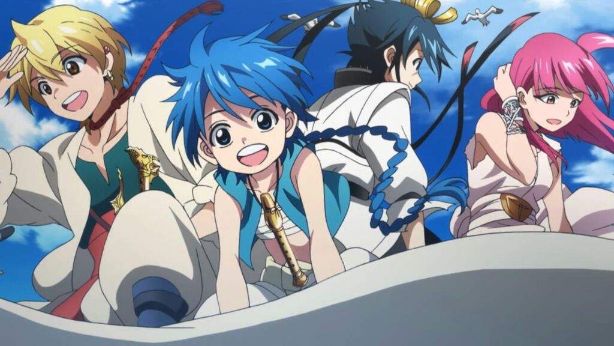 Magi is a series with 2 seasons, and a pre-season that details the past of a certain character called Sinbad.

In the main series, it focuses on Aladdin, a boy with a magic carpet (like the original Aladdin), and Alibaba, a prince. Along with Morgiana, a girl who’s an ex-slave.

The themes have strong ties and influence taken from South Asia with the , hats, fashion, scenery, and how the world works.

It’s one of the few series to draw so much inspiration from these types of locations and people in these parts of the world.

Magi is easily one of my favorite series of all time, especially as a Shonen. 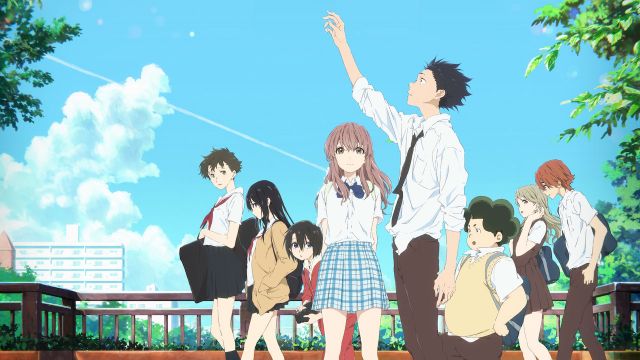 A Silent Voice was given to Kyoto Animation, and they did a stellar job with it as always. It’s one of the best anime movies out there.

Shoko Nishimiya is a “deaf” girl in school. She’s bullied to extremes that will make anyone sick watching it play out.

She’s singled out and eventually that turns into trauma that becomes tragic down the line as she gets older.

One kid who regrets his behavior spends his time apologizing and doing his best to redeem himself. And it turns into an unlikely friendship that at times feels wholesome.

Yoshitoki Oima hit the nail on the head as the series is portrayed realistically, and there are few like it. If at all.

Blue Exorcist is an in desperate need of a 2nd season.

The is about demons, Satan, and the son of Satan called Rin who happens to be the main character.

He struggled as a kid because he was always demonised, no pun intended, and excluded for being different to others.

The main theme is about Rin trying to meet his father and his own path of personal development.

Not the most fleshed out Shonen because of a lack of continuity, but it deserves credit regardless.

Relevant: Looking For The Best A1 Pictures Anime Shows? Here’s 12+ Worth Seeing! 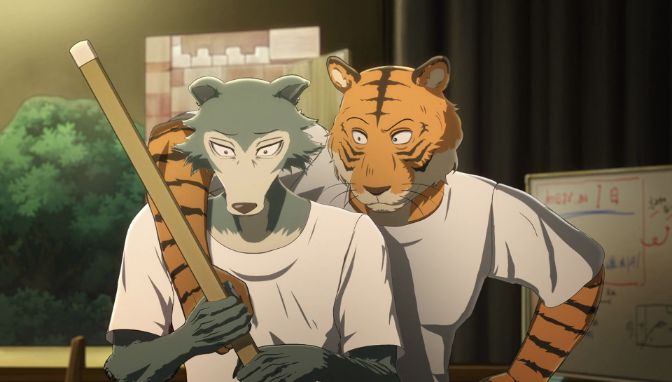 Paru Itagaki is the creator of Beastars, another unique series told from the perspectives of animals (with human tendencies basically).

With a 2nd season, this continues to do well and gain the attention of the fandom.

Unlike many authors, Paru is still in her late 20’s (as of 2021). So is relatively young compared to others.

Let’s see what the future brings in terms of what she creates next, or otherwise. 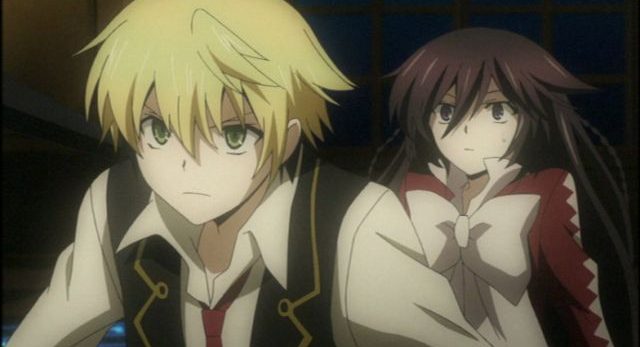 Jun Mochizuki is the creator of Pandora Hearts. This is another not as famous as your typical Shonen (like DBZ).

It’s a supernatural fantasy series with similarities to D. Gray Man and Black Butler, ironically created by women as well.

Despite not being the most talked about Shonen these days, Pandora Hearts is a respected series. And has good overall ratings to back that up.

It’s one of many works by Jun Mochizuki.

Similar: These 47+ Pandora Hearts Quotes Have Stood The Test Of Time 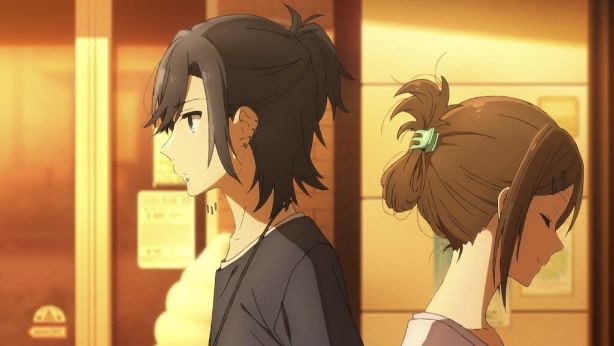 The popular romance series as of late: Horimiya is made and authored by a woman called Hiroki Adachi.

Believe it or not, but the original series was created way back in 2007-2011. So it’s been a long time coming.

With similarities to popular rom com like Maid Sama, and Tonikaku Kawaii, it’s a romance series worth checking out.

It brings something fresh to the modern era of that we haven’t seen for a while.

Read: 26+ Of The Greatest Romance Anime Of All Time! 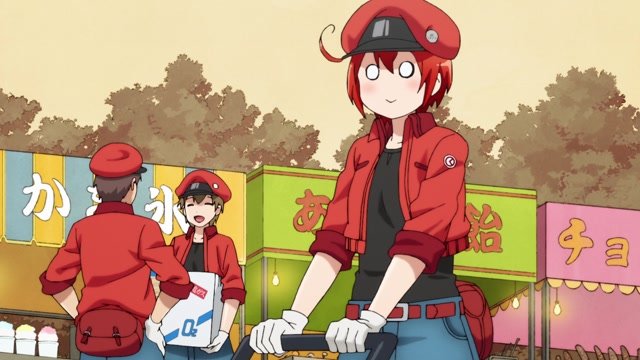 Akane Shimizu is the creator of one of my all time favorites: Cells At Work!

This is one of the most creative series I’ve seen in years, and most people agree. It does more credit than its been given.

The way the breaks down the science of biology, the cells in your body, and how they “get to work” is a masterpiece.

It’s not just funny as f*ck in the way it illustrates the point, but it’s Shonen approach makes it easy to get invested in the characters… Even if they’re “just” cells.

The series has so much potential if they decide to make a 3rd, 4th, and 5th season going forward.

Can you think of other Shonen female writers and authors?

22+ Shonen Female Characters Who Break All The Stereotypes