Is there such thing as being too sensitive, too emotional, or too kind? That depends who you ask.

Someone will always complain that someone (or a character) is “too” something. But that comes down to your perspective and tolerance.

Sensitive characters wear their heart on their sleeve, have tons of empathy, and aren’t the type to hold back their emotions. Especially the emotions most consider “weak”.

But to me that’s what makes them authentic, real and more relatable (especially if it’s realistic).

Here are 15 characters who fit that description…

The 15 Most Sensitive Characters: 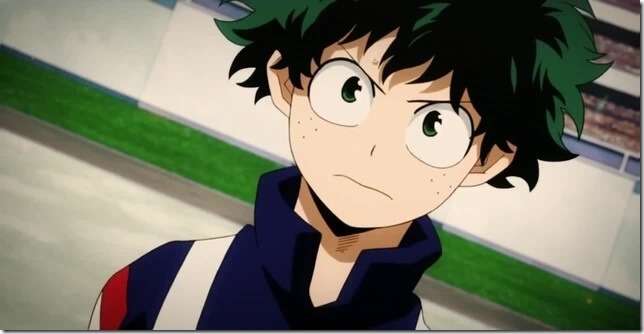 Izuku Midoriya is one of the most cheerful, passionate and kind characters. With a level of optimism that’s enough to make a pessimist vomit.

He’s the kind of person who easily forgives, even if the person he’s forgiving is a bully.

Beyond that Izuku is just one of those characters you can relate to, because he’s real, raw and authentic.

And his personal struggles with self-confidence is something anyone can relate to. Making him one of the more “relatable” characters in the world of .

Nana Komatsu is even more emotional than Izuku. And in her case she’s an who constantly needs attention or something to keep her active.

Because Nana is so emotional, she’s able to care deeply for others. Whether they be friends or not. And she’s easy to talk to.

This is both a flaw and a strength, and anyone who watches this (especially women) can relate to Nana’s personal struggles with insecurities, relationships, and living life in general.

Yes, the girl everyone loves to hate… Heartfilia.

Like Nana Komatsu, is an easy person to talk to. And wears her heart on her sleeve.

If she’s upset, you’ll know about it. She’s not the type to hide things from those she trusts.

And from the beginning of , is one of the characters who goes through so many changes. Emotionally and mentally. Making her character development relatable and meaningful. 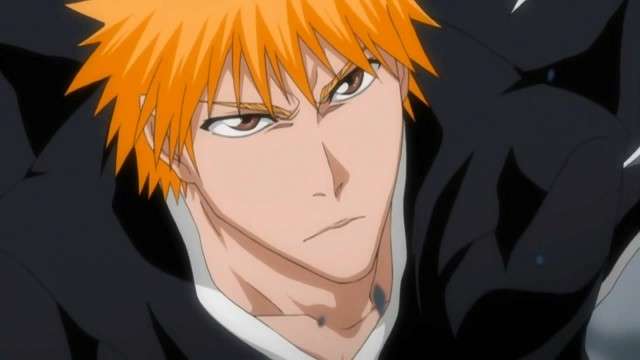 Ichigo is another character who’s sensitive to other people’s feelings, and his own. Most of this stems from his childhood and losing his mother from an early age.

It changed him, his behaviour, ways of thinking and of course, Ichigo’s emotions. This by itself is what makes Ichigo a sensitive, relatable and likable protagonist. 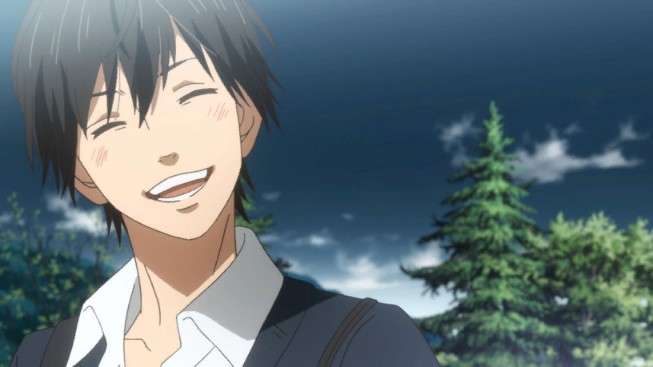 Kakeru Naruse is sensitive, kind, and relatable for different reasons than most characters. Kakeru’s attitude and outlook stems from the deep regret in his heart after his mother dies.

Hours before it happened, Kakeru was disrespectful (or not very appreciative) to his mother. And unfortunately for him, those were his last words before she died.

This leads Kakeru to depression and suicidal thoughts. And he struggles with it throughout the entire season of Orange. 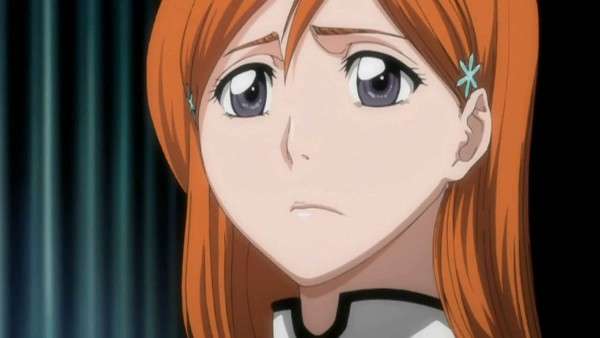 Orihime isn’t even capable of being unkind to her worst enemies. Never mind the average person. She’s pure of heart in a literal sense, always choosing kindness over hatred. No matter the situation.

This level of kindness and sensitivity is rare in the real world. Few people have the strength to be like that.

is simplistic, straightforward and easy to get along with. On one hand he has a child-like spirit, and on the other hand he’s a grown up, open-minded way of looking at things.

Similar to Orihime, is forgiving, sensitive to other people’s feelings, and so kind it’s overpowering. And that’s what makes him an entertaining, interesting character worth paying attention to.

Rentaro’s like a crocodile. Meaning: on the outside he’s this tough guy with tough skin, hardened from his tragic experiences. But on the underbelly there’s a soft side to his personality he doesn’t get to show too often.

Rentaro is empathetic towards others, but firm enough to not tolerate any BS. No matter who he’s dealing with.

Koro Sensei is the best school teacher you never had. Putting his students first, prioritizing their strengths, and working diligently to make sure every student performs at their highest level.

He’s like the animated version of a real life superhero in a classroom. Who’s kind, sensitive, but firm enough to let others know where they stand. And let you know what he’s not willing to tolerate.

10. Chakuro (Children Of The Whales) 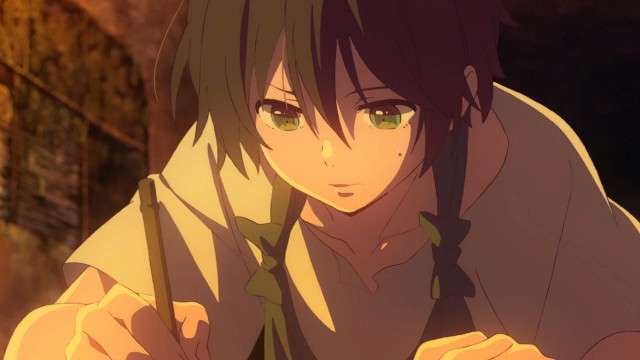 Chakuro is the kind of guy who will cry and NOT feel anyway about it. Meaning: he doesn’t care about the whole “men aren’t supposed to cry” BS.

Like Heartfilia, he’s not one to disguise his emotions. And he’s maybe sometimes too kind for his own good.

Megumi is the “cry baby” of Food Wars. Not to mention the “frazzle brain” since she loses her shit when she panics. But in normal circumstances Megumi is sweet, kind, thoughtful and so pure of heart she could blind you.

I can’t think of many characters who are as nice as Megumi Tadokoro. It would be impossible to stay mad at a person like that for too long. 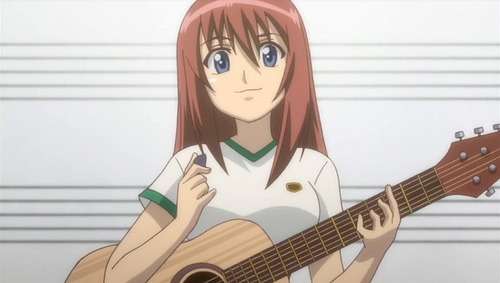 Sayako is a mess when she’s frustrated, emotional or disappointed. “Drama” queen is an understatement. She’s probably the most sensitive character on this list.

But aside from her unpredictable personality and wild emotions, she’s the most upbeat, kind and considerate character in Bamboo Blade. And her complex personality is what makes her stand out. 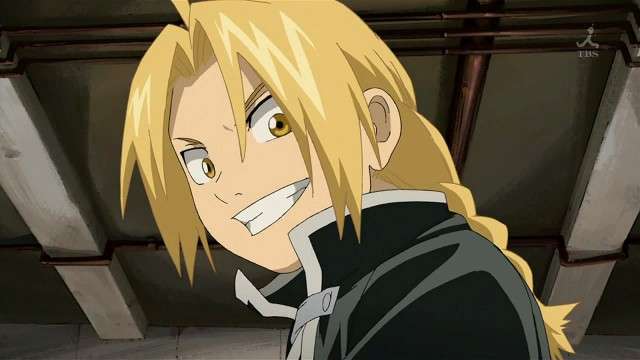 Edward Elric is another classic example of “sensitive, but kind” when it comes to characters.

He’s easily irritated and annoyed, but at the same time he’s sensitive to other people’s feelings and circumstances.

Underneath all that bravado is a young kid, struggling to deal with the circumstances he accidentally put himself through. Caused by the unbearable pain of losing his mother. 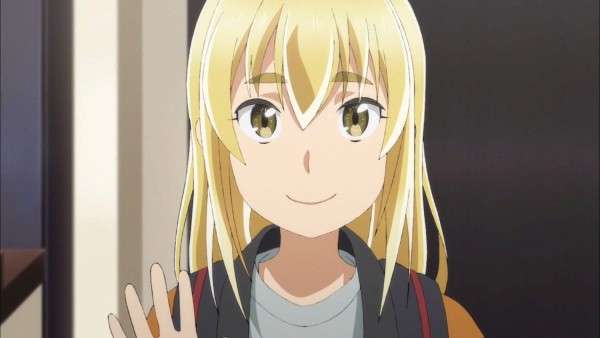 Anzu starts out homeless after being forced to live alongside humans in Hinamatsuri. And what you get to witness overtime is her change in attitude, and the character development that follows.

In the beginning Anzu is hot-headed and thinks only for herself. But homeless moulds her into a new person all together, making her more sensitive to other people’s feelings and actions.

After all is said and done – Anzu is the most kind, loving and genuine character the series has to offer. And the emotional ride is all worth t. 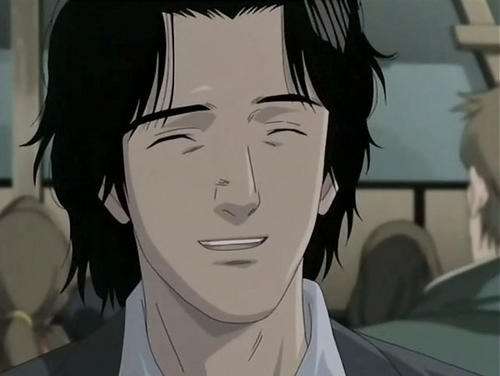 Kenzo Tenma is a surgeon who makes a regretful decision that changes his life forever. And the lives of those around him. Because he unknowingly saves the life of a kid who turns out to be a serial killer.

The follows Kenzo’s journey of redeeming himself for his actions, and the personal struggles that haunt him along the way.

If doctors and surgeons like Tenma exist in real life, they’re few and far between.

it’s amazing how people can still be so kind, after everything life has thrown at them. Despite how unfair it is.

“Monster” is realistic enough to portray that accurately, making it one of the most relatable ever created.

Can you think of any other sensitive characters worth mentioning?