There are many inspirational moments that can motivate us. And even make us feel anything is possible through hard work and dedication.

Some moments become inspirational through the drive and willpower of the characters and some are critical moments that make a series stand out among others.

Today we will go through my picks for 17 of the most inspirational moments in .

17. Leorio’s Speech in Front of The Hunter Association 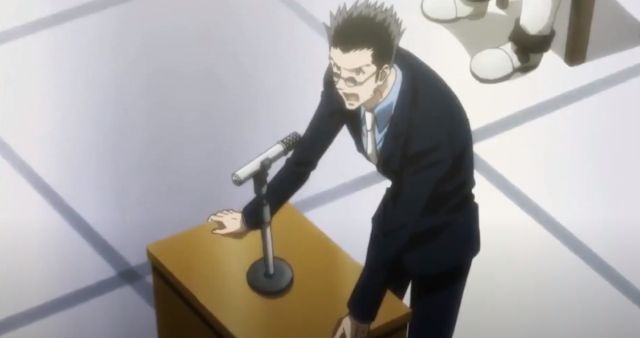 Leorio is one of my favorite characters in Hunter X Hunter due to his personal integrity and ability to not take himself too seriously.

He adds some much needed comedy relief and wholesomeness to an otherwise grim series.

Nevertheless, he has his share of epic moments, and one of those happened when he almost got elected as the Chairman of the Hunter Association.

Although Leorio was initially introduced as a selfish character, it was revealed to be a facade quite quickly in the series.

In fact Leorio is very protective of his friends and has the ambition to become a doctor and help people.

The way he became involved in the Hunter Chairman Election was indicative of this personality, as he became furious at Ging, Gon’s father’s indifference over his son laying in the hospital in critical condition.

He punched Ging in front of the election audience and surprisingly impressed the committee enough to become one of the top candidates in the election.

The inspirational lesson to take from all this is that if your heart is directed at a good result, your sincere feelings can influence people.

Even people as diverse and chaotic as those in the Hunter Association.

“If I become Chairman… I’ll use the Association for my own personal ends!! My first order to all of you will be to do something to save Gon!!! Right now!! – Leorio

16. Mumen Rider vs Sea King in One Punch Man 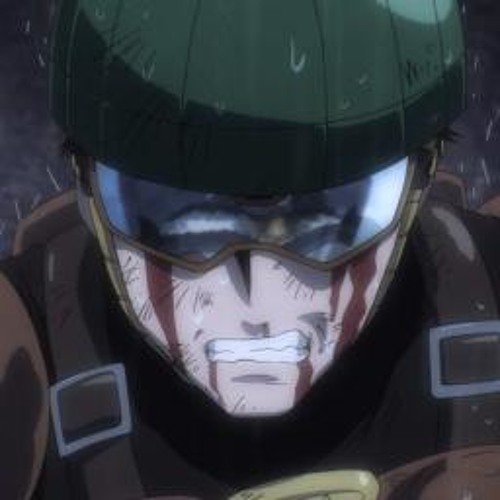 Mumen rider is one of the weakest characters in One Punch Man. Yet he carries an immense amount of resolve to carry out justice to the best of his ability.

This resolve was best seen when he was the last hero standing against a dangerous foe Deep Sea King.

As an ordinary human he was completely outclassed, but fought bravely until the end.

“It doesn’t matter if I stand a chance or not! I have to fight you here and now!” – Mumen Rider

The story of Princess Mononoke has many themes, environmental awareness, man’s desire for technical innovation and much more.

The personal journey of the protagonist, however, was about overcoming hatred and the suffering caused by war.

This is why the way he took a stand against both sides of the battle.

Princess Mononoke and Lady Eboshi, was very inspiring. Be sure to check the movie out!

This inspirational moment happened in the Fishman Island Arc of that dealt with themes of prejudice and discrimination.

The protagonist, Luffy, got seriously injured and needed a blood transfusion.

The Fish Man Jinbe had the same blood type and gladly offered to share his blood to save Luffy’s life, prompting a touching scene and great dialogue from the narrator.

“If you hurt somebody or if somebody hurts you, the same red blood will be shed.”

Rock Lee is one of the most inspiring characters in anime as he was born without any talent for Chakra, the main power used by the characters in to perform strong feats.

He overcame this limitation with hard work and trained in Genjutsu – hand to hand combat.

The fight between Gara, a naturally gifted prodigy and Rock Lee was very inspiring to watch for this very reason.

One of the most classical scenes in .

12. Vegeta Stops Comparing Himself to Goku 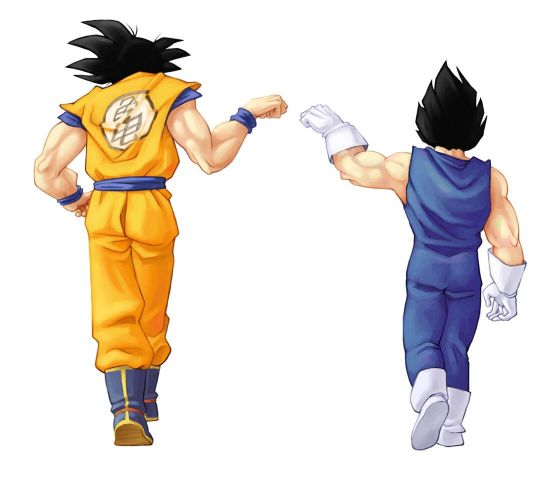 Vegeta’s rivalry with Goku is one of the most important struggles for him as a character.

As the Saiyan prince, he was one of the most naturally gifted fighters on the planet and respected strength above all else. So it was a very humbling experience for him to fight alongside Goku, a carefree person who kept on achieving amazing feats.

Like going into Super Saiyan mode, the most sought after power for the Saiyans.

At the end of the Buu Saga, Vegeta has a character-defining moment where he finally recognizes Goku’s talents, stops comparing himself to his achievements and defeats his inner demons.

“You’re better than me Kakarot, you are the Best.” – Vegeta

11. Koro Sensei On the Value of Losing 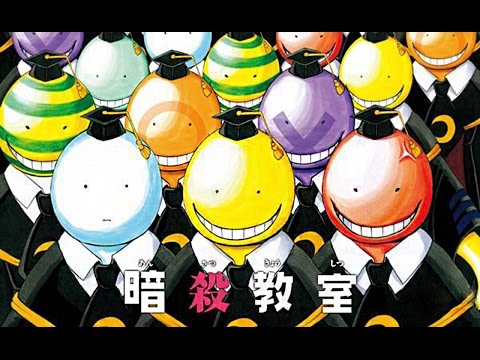 Koro Sensei from Assasination Classroom had many nuggets of wisdom to share with his students.

His most inspiring anime moment, however, was when he gave a terrific speech on the value of losing.

Koro Sensei’s advice is truly inspiring no matter what your chosen field is; you have to fail as many times as possible to see yourself succeed! 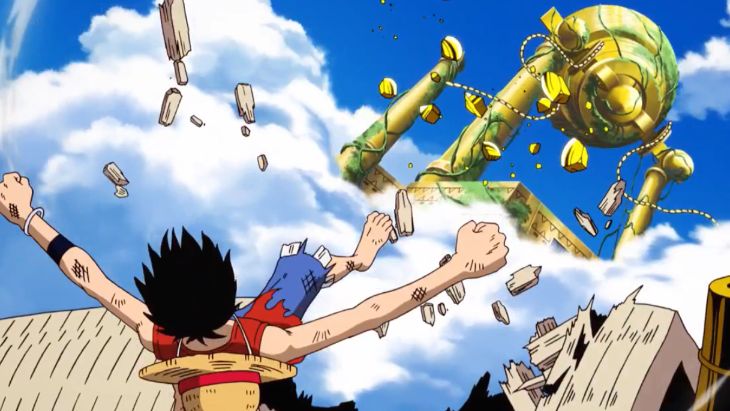 Skypiea was one of the most symbolic arcs in that became a greatly inspiring moment.

The backstory behind the arc was based upon the friendship between the explorer Montblanc Norland, and the warrior Kalgara from Sky Island.

These men from different cultures formed a strong bond, but were separated as Norland returned to his home country to tell of his discoveries.

Due to unlikely circumstances the land that Norland discovered and the city of Gold where the belfry was situated was knocked into the sky by the knock-up stream.

Norland was ridiculed and executed and his friend Kalgara was left waiting, eagerly ringing the bell every day to signal his return.

So it was inspiring when Luffy promised the relatives of Norland to prove the existence of the golden bell, and managed to ring it for everyone to hear at this defining point of the arc.

This was his main tool at the time for taking care of high level opponents.

was considered to be a failure as a student at the time so seeing him push through and achieve the impossible was a truly inspiring moment.

8. Kingdom: Shin Is Rewarded a House For his Service 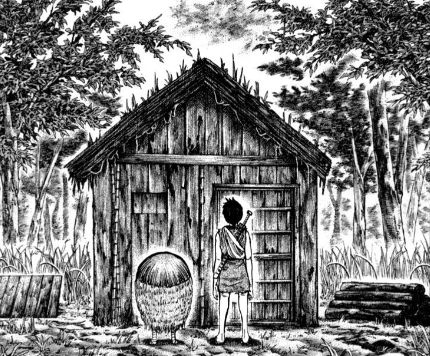 Now this is an inspiring moment that is yet to be animated from the original series, but nevertheless a great scene.

The main character in Kingdom, Shin, starts out as a slave and works his way up to become one of the great generals in the ancient Chinese kingdom of Qin.

In a way it is a simple, but very satisfying moment when Shin is rewarded a huge palace for his services in the war against Riboku.

From rags to riches!

Related: 42 Anime Quotes About Success To Give You An Extra Push 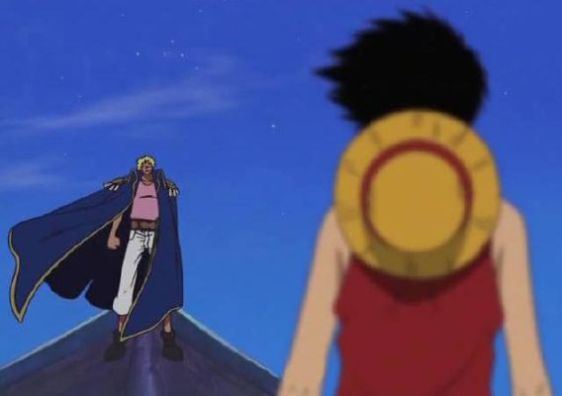 Now this is one of the best fight scenes in in my opinion, as it exemplifies the guiding idea behind the series: you should always follow your dreams.

Bellamy is someone who has given upon his dreams and reacts with mockery and violence towards anyone that believes in big ideas.

One of these was the existence of the Sky Island that Luffy set out to prove with his crew.

Watch this fight, it really contains the essence of ! 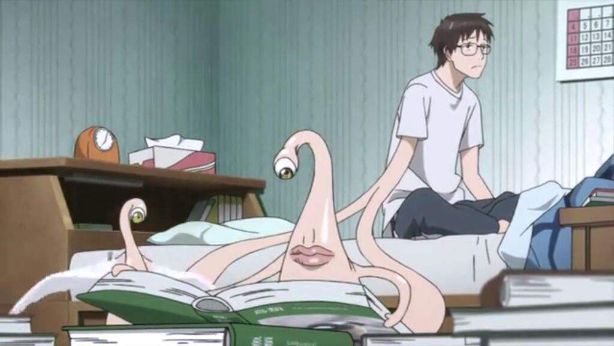 In Parasyte, tiny worm-like aliens invade the earth with the goal of getting rid of the humanity that is destroying the planet’s ecosystem with its unstable way of living.

It’s an inspiring moment when right at the beginning of the series, Shinichi, the main character befriends one of these parasites that chooses to overtake his own body and gives it the name Migi.

The lesson is that its possible to make friends and allies even in the most unlikely scenarios.

Relevant: Why Anime Characters Are “Technically” Better Than Real People

5. The Journey of Eumenes From a Slave to Secretary of Philip 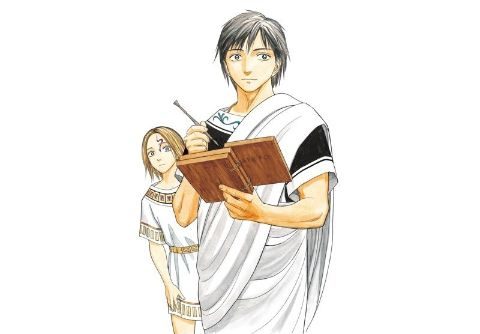 Historie is a terrific series that is sadly yet to be adapted into an anime.

It tells the story of Eumenes, one of the most capable generals under the ancient kingdom of Macedonia.

The interesting part about his journey from the bottom tiers of society is that he is a true genius. And he achieves his goals through a deep understanding of strategy and engineering.

Although All Might is one of the strongest character in , the feats he showed in this fight were nothing short of spectacular.

The difficulty for him in this fight was that his powers were disappearing and he really needed to bring every inch of dormant strength left in his body to deliver this spectacular beatdown. 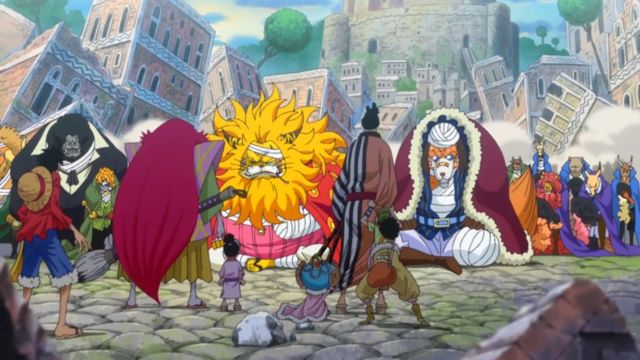 Coming at the third spot in our list is an awesome moment from the Zou arc of .

The Mink tribe that populated the island spent every resource they had and fought a fierce battle for days while denying that Raizo, a person the Beast Pirates were after, was on the island.

It was a great display of loyalty and integrity when it was found out by the end of the arc that they kept him safe all along. 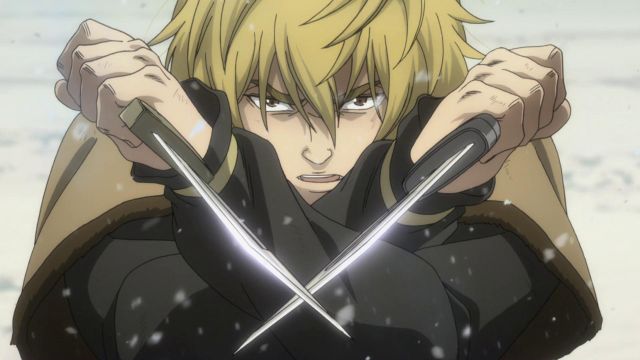 If you have seen the Vinland Saga prologue, you will know that Thorfinn was not a peace-loving compassionate character.

In fact, he was consumed by rage, totally opposite to the teachings of his father.

So it was ]inspiring to see his transformation in the later part of the series, where he commits to non-violence and works his hardest to bring out positive changes in the world.

Related: 15 Main Anime Characters Who Refuse To Give Up When Life Gets Tough 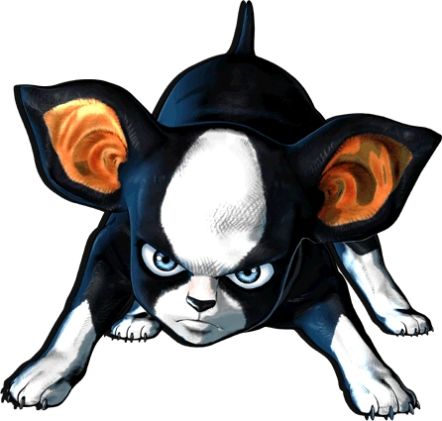 The number one inspiring moment in this list goes to Iggy from Jo Jo, who sacrificed himself for the sake of his comrade Polnareff.

Iggy was an antisocial and problematic dog that became friends with the group of Starlight Crusaders.

It was inspiring and sad to see his resolve in protecting the friends he made along the way to the bitter end.

“Vanilla Ice said a mere dog could not have resolve., that he could not possess a proud soul. But Stands are the soul’s manifestation. Iggy’s soul had moved on it’s own. It had no choice but to move!”

We hope you enjoyed our list of inspirational moments as much as we did!