Rock Lee is one of the characters who has it the hardest.

He grows up not being able to master Ninjutsu and the typical techniques of an average ninja. And so many doubt his capabilities.

Like he overcomes the struggle and makes something of himself.

His quotes stem from this experiences, and his inspiration taken from Might Guy. His sensei.

Let’s get into his best quotes in ! 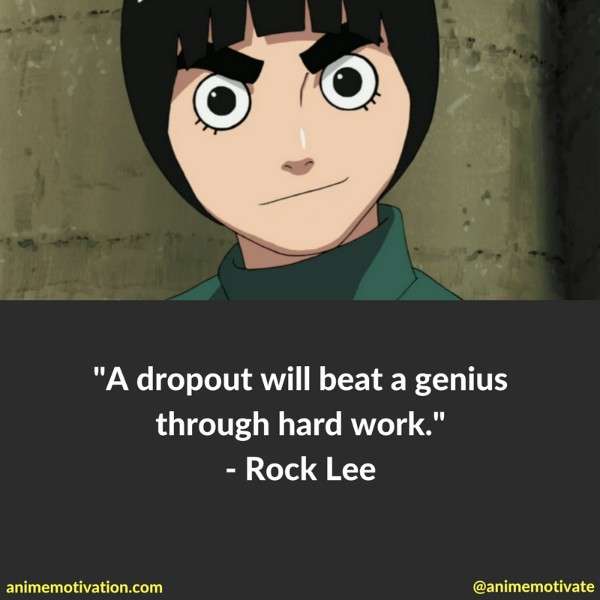 “A dropout will beat a genius through hard work.” – Rock Lee 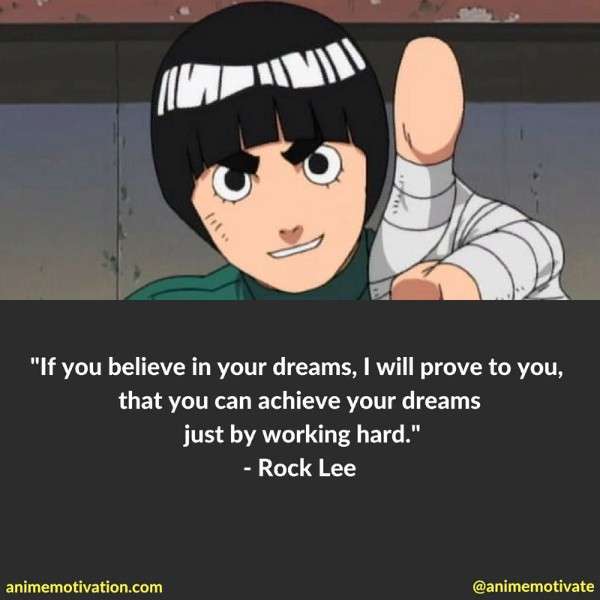 “If you believe in your dreams, I will prove to you, that you can achieve your dreams just by working hard.” – Rock Lee 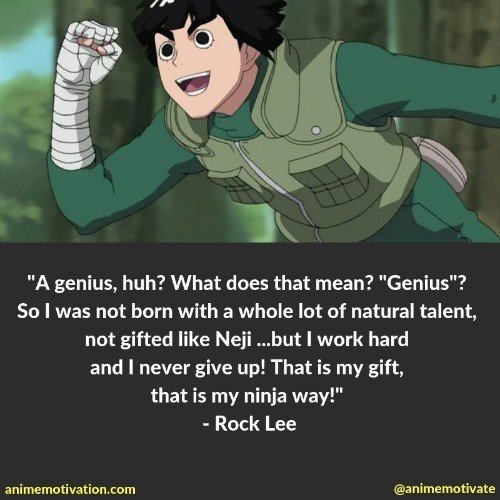 “A genius, huh? What does that mean? “Genius”? So I was not born with a whole lot of natural talent, not gifted like Neji …but I work hard and I never give up! That is my gift, that is my ninja way!” – Rock Lee 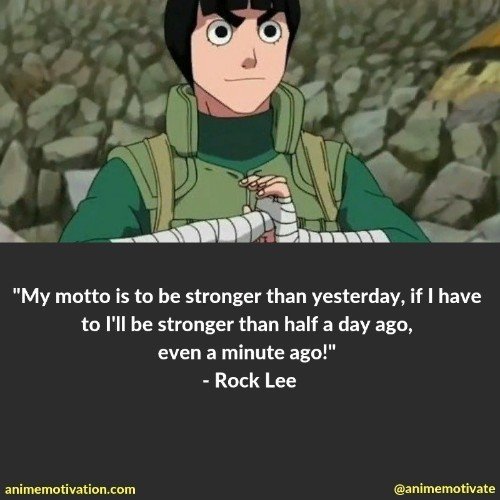 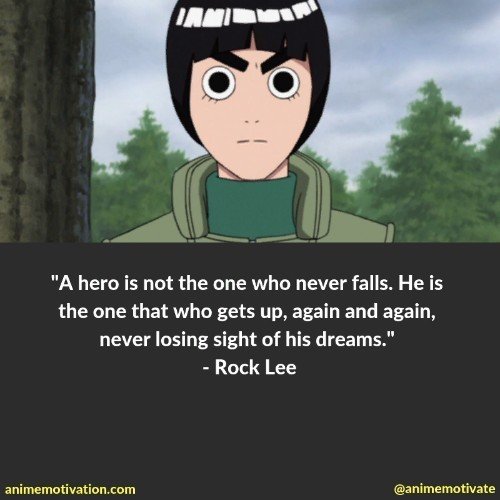 “A hero is not the one who never falls. He is the one that who gets up, again and again, never losing sight of his dreams.” – Rock Lee 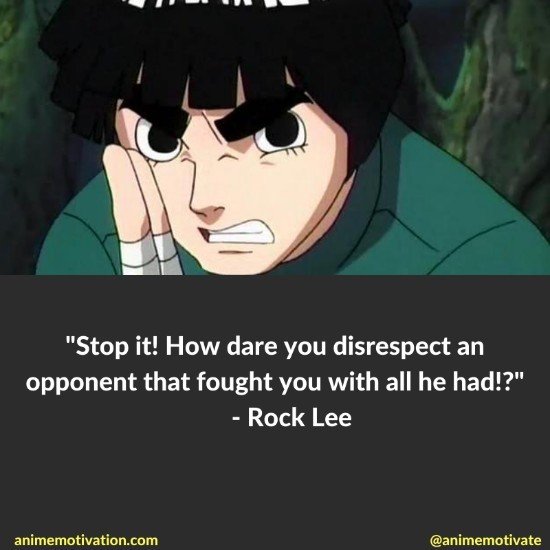 “Stop it! How dare you disrespect an opponent that fought you with all he had!?” – Rock Lee 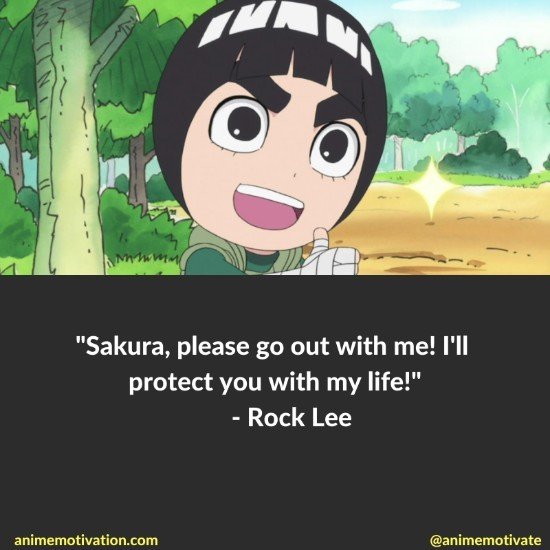 “Sakura, please go out with me! I’ll protect you with my life!” – Rock Lee 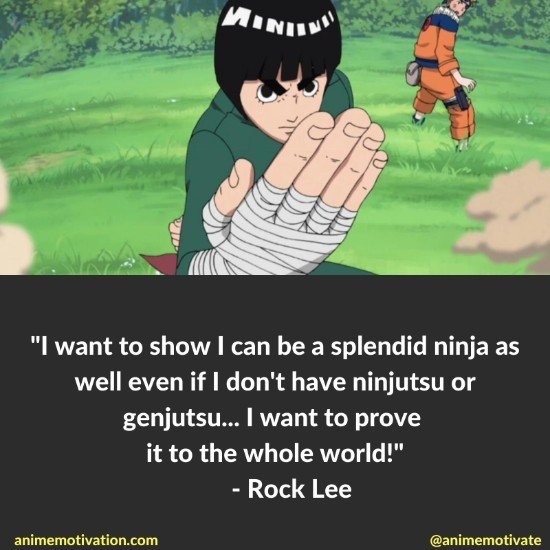 “I want to show I can be a splendid ninja as well even if I don’t have ninjutsu or genjutsu… I want to prove it to the whole world!” – Rock Lee 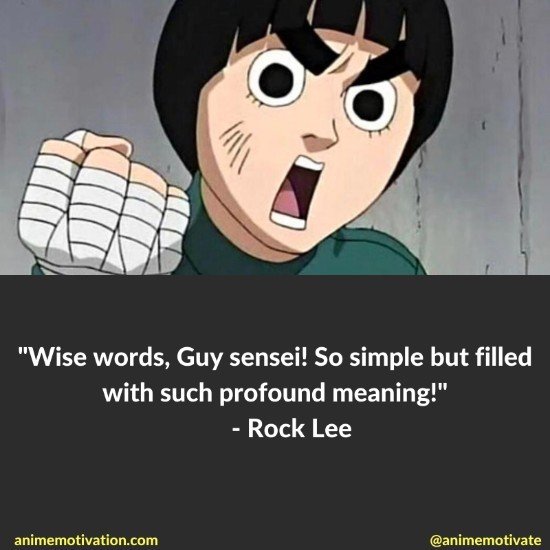 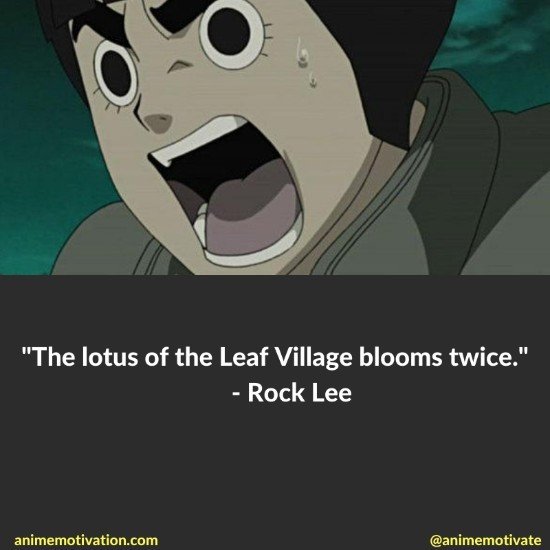 “The lotus of the Leaf Village blooms twice.” – Rock Lee 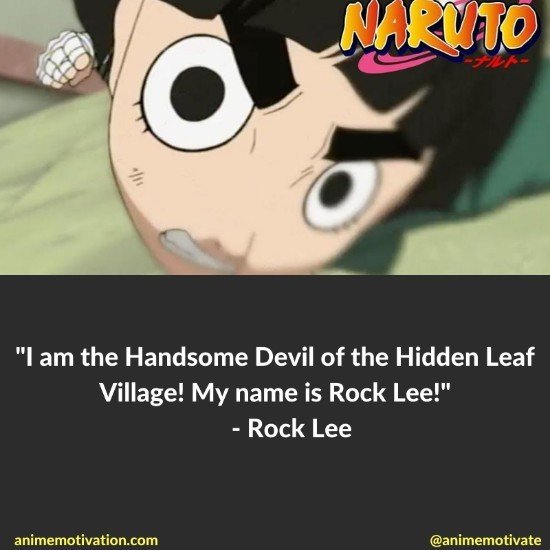 “I am the Handsome Devil of the Hidden Leaf Village! My name is Rock Lee!” – Rock Lee 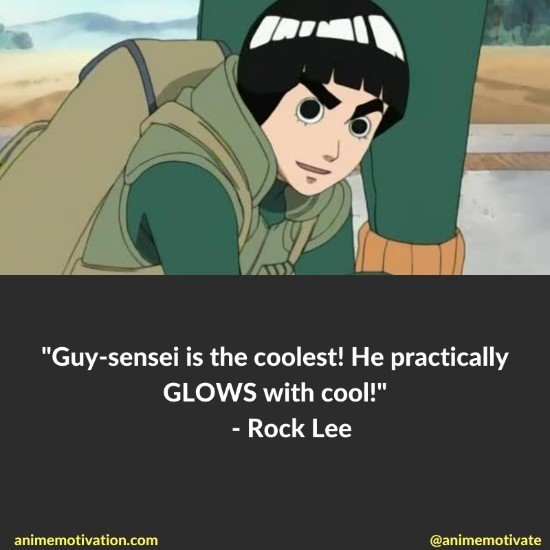 “Guy-sensei is the coolest! He practically GLOWS with cool!” – Rock Lee 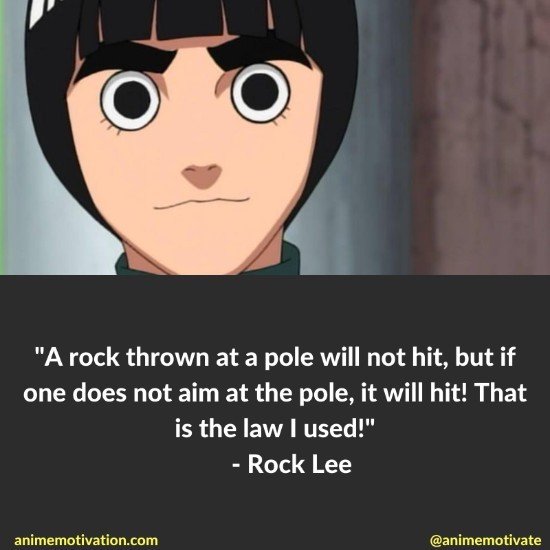 “A rock thrown at a pole will not hit, but if one does not aim at the pole, it will hit! That is the law I used!” – Rock Lee 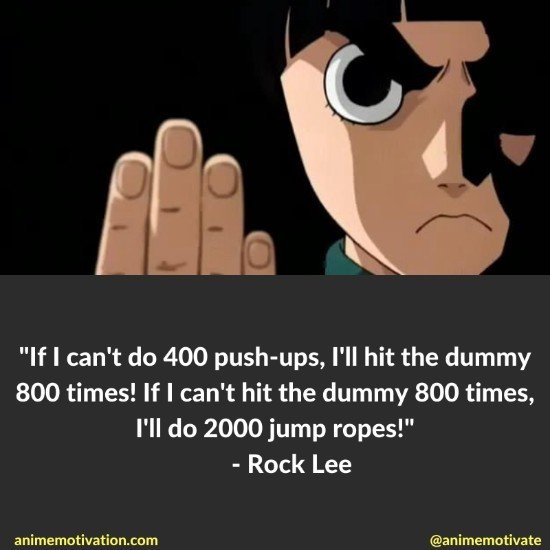 A Collection Of The Best Alderamin On The Sky Quotes