is NO stranger to backlash and public outrage.

Ever since this started airing – there’s been:

Every year seems to get more intense than the last with the complaints and the loud minority of SJW’S.

But this time it’s different

I’ve been going around seeing what’s up with the whole thing as of late. I do think that Korean & Chinese fans have a right to be outraged considering the history of Japan during WW2. However, sending death threats isn’t okay to the author

The drama surrounding this incident comes down to this in a nutshell.

But to explain it even more: 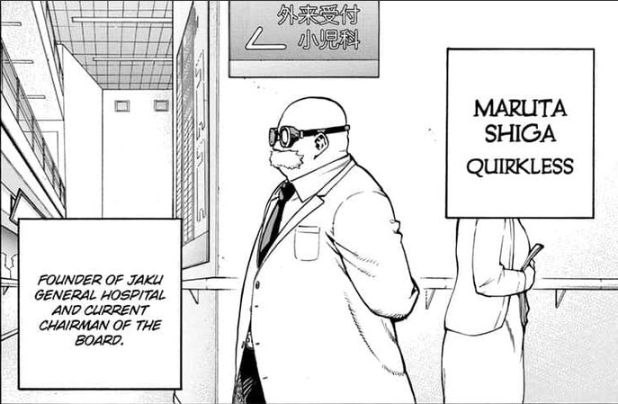 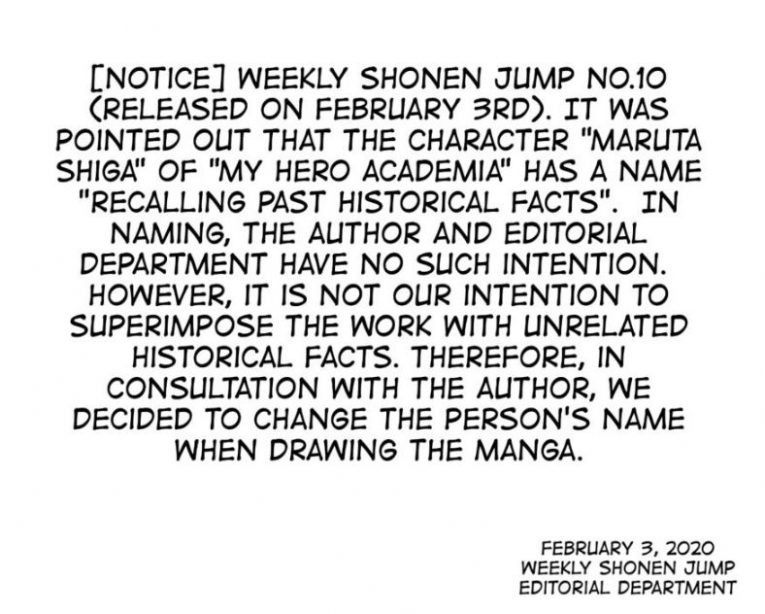 As we can see – Shounen Jump issued a statement about it.

The author has made a ton of tweets ever since.

But “changing the name” wasn’t enough for MHA fans

#私達は謝りだけが欲しい #Hero_do_not_harm_innocent_people
It’s ridiculous because of you.
English translated version is so in UK, but I do not want to keep it anymore. pic.twitter.com/HOiuJ0e669

#APOLOGIZE_HORIKOSHI
Seriously?? What the hell do you want to achieve by doing this kind of thing, harassing and sending death threats to the author. Do they not realize that they have already crossed the line of a normal and civilized person? pic.twitter.com/9ZlKfz0WpS

This is a small example of the RUSH of fans burning and throwing away their . And sending death threats to Horikoshi, the author of because of this misunderstanding.

I appreciate the author’s spirit, but there are a number of historical inaccuracies in this article. Most importantly, there were no Korean POWs held by Japan. This would be impossible because Korea had been part of the Japanese Empire for decades by the time WW2 broke out

in other words, Japan and Korea were on the *same side* during WW2. In fact 100s of thousands of Korean men volunteered to serve in the Japanese army, but IJA was only able to enlist a portion of them

Someone wrote an article breaking down why Koreans are angry. And Chinese.

Understandably – because of the connection that’s been made to WW2, people are losing their minds.

Naturally it’s gonna be a touchy subject because of the bad memories it brought up (regardless of it being a misunderstanding).

But I agree with people saying “death threats” and all the other dramatics is pushing it too far.

It’s clear as day the author didn’t INTEND to do this. But no one’s listening because of how emotional they are about it.

#APOLOGIZE_HORIKOSHI MARUTA is an insult to the victims of Unit 731. There is no doubt that what the 731 Unit did to civilians was the same as the Nazi‘s crimes against Jews. This is fascist. It is ABSOLUTELY offensive to the victims of WWII in East Asia and their posterity. pic.twitter.com/RLvhcYsADa

As this Tweet shows – whether you agree with it or not, there’s a strong reason why the backlash is so extreme.

Though I won’t sit here and act like “some” of these people aren’t the same SJW’S who cry about stupid sh*t in My Hero Academia. Which they’ve done historically over the years on Twitter. 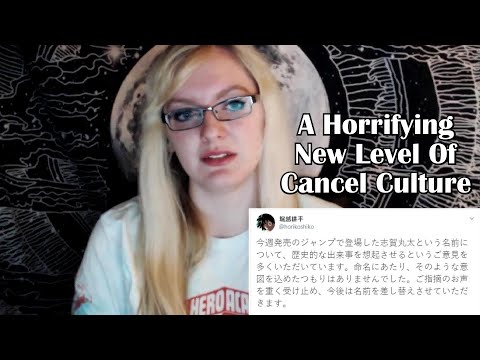 What do you think about the:

The Most Controversial Anime Shows That Caused Public Outrage