Jujutsu Kaisen is getting a lot of good feedback, and is being hyped by people especially outside the industry.

It’s a massive exaggeration and overly dramatic, BUT there’s truth to how well the female characters are written.

One problem Shonen seems to struggle with is giving female characters consistent screen time, and seeing them progress.

Even as much as the male characters (when relevant).

Since the 3rd or 4th season, characters like Ochako have been given a backseat. And reduced to romance.

Anyway, let’s get into it.

Jujutsu Kaisen, And Why The Female Characters Are Written Well:

1. They stand on their own merit 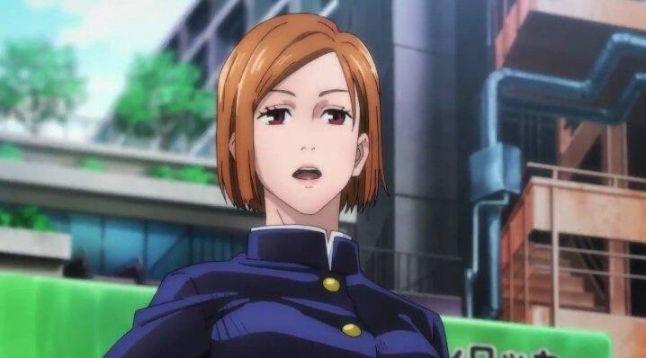 Let’s start with Nobara Kugisaki, one of the 3 trio main characters.

She’s undeniably independent, is an individual, and is NEVER reduced to a girl needing help from the knight in shining armor.

Or in other words: she’s not a damsel in distress, and this is true for many of the female characters.

Nobara stands on her own merit, and is able to shine WITHOUT the other 2 protagonists. She’s written well enough that she shines regardless.

It’s one of the things that makes Nobara Kugisaki such a good female character. And this is proven from her fights and moments. 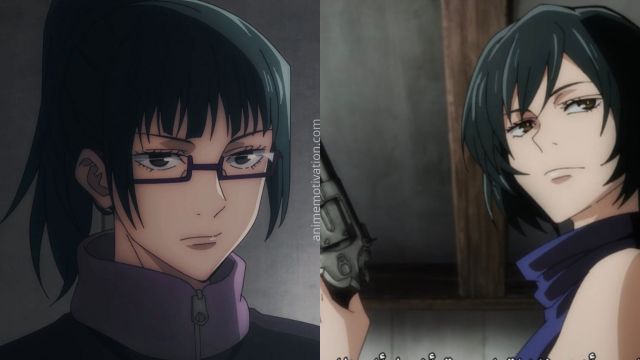 If we go to characters like Maki and Mai, both who are sisters at odds with each other, they stand on their own merit as well.

Maki Zenin is an expert with weapons, be it a staff, Nunchucks or swords. She’s more than capable singlehandedly, and is good at improvising.

Mai, the sister, is the same despite her attitude.

You see her as an individual in spite of her flaws, and she doesn’t need a male character to make her seem relevant.

Even Kasumi is this way, the blue haired girl who has “potential”.  And the other girls as well.

They’re individuals strong enough to stand on their own, and still shine.

Related: 34 Of The Most Interesting Blue Haired Anime Girls 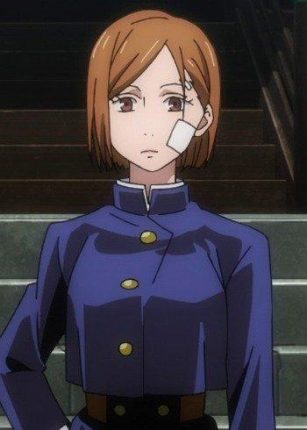 Nobara Kugisaki comes from the countryside. After witnessing the mistreatment of someone she cares for, that leads her to Tokyo eventually.

She was also able to see cursed spirits from birth and becomes a Jujutsu sorcerer for financial reasons.

That follows into the present story you see in the .

For Maki and Mai, their stories are connected but different.

Maki doesn’t have the abilities of a regular Jujutsu sorcerer. She can’t see cursed spirits, etc. But she pursues the path anyway to spite her family.

She refuses to give up just because she doesn’t qualify for the “normal” requirements.

Mai on the other hand hates Maki for her “selfish” decision, because it means Mai has to keep up with her and train hard. Plus Maki broke her promise to Mai.

Also Mai’s insecure because out of of the two sisters, she was seen as “lesser” and the weaker one.

These are just 3 of the most important female characters in Jujutsu Kaisen. But they’re all different and stand out.

Maki is confident, Mai is insecure and has a nasty attitude, and Nobara is independent and does what she wants.

It’s a good mix and their stories make them that much more relevant and memorable. 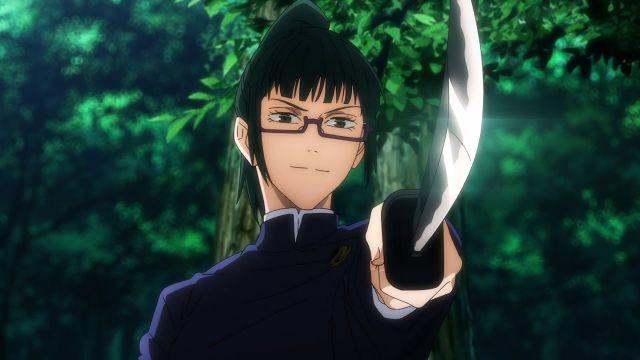 Maki Zenin has some of the best fight scenes and moments in all of Jujutsu Kaisen. Watching her fight is artistic and has an aesthetic to it.

She can use multiple types of weapons, and her lack of Jujutsu Sorcery is made up by her hard work, dedication, and mastery of weapons.

Not to mention her superhuman strength that makes up for the things she’s “expected” to be by society and her family. 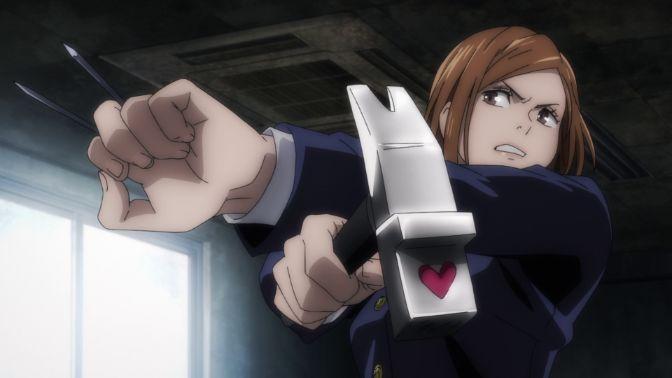 Nobara Kugisaki has some good fight scenes and is capable as well. Her style of fighting is different and doesn’t rely on brute strength.

This makes it seem like she’s weak or not as “strong” as the others, but as we see it’s not so black and white.

If anything what makes Nobara strong and capable as a fighter is her attitude and approach.

She also doesn’t believe in the “men” this and “women” that type of logic. 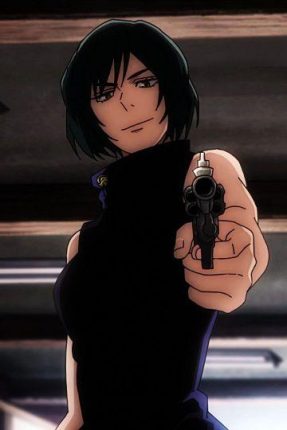 Mai is another capable fighter, but for her it’s more about her approach since she uses guns instead of, fists, swords, or other weapons.

Kasumi is another female character with capabilities as a fighter. But she’s more in the “potential” stage.

Either way, female characters in Jujutsu Kaisen have their role and it doesn’t feel like their screen time is wasted.

They’re not tossed to the side to focus on male characters. 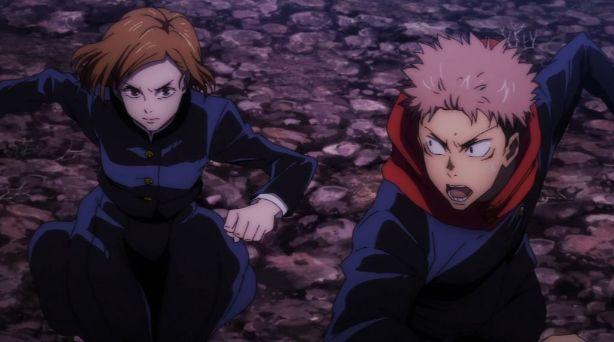 Nobara Kugisaki is basically what we all wanted SAKURA to be from , if she was written well.

Kugisaki’s consistent in her morals and views, and doesn’t sway from how she views the world. Especially not for something superficial.

One example is when Nobara and Yuji are talking after the last fight, and how they killed curses, one of which cried before death.

For Yuji it’s personal, but for Kugisaki she see’s it from a bigger picture. It had to be done, and though she cares, she can detach herself from the sadness.

Nobara won’t pander to Yuji or anyone else’s feelings just because it seems like the “right” thing to do. Or to fit in.

She is the way she is, and she stands on that regardless.

It gives her a strong personality and makes her likable.

Maki Zenin is aggresively independent. The kind of woman who will only work harder if you try to stand in her way, or drag her down.

In fact it’s almost as if she gets excited when people doubt her to some degree. Or at least she’s able to turn that into strength and something more productive.

She has a confidence to her, but you can also see it’s developed. And didn’t just come naturally.

Her personal choices and perspective plays a role. And it shapes her character and makes her unique in Jujutsu Kaisen.

Mai is similar. Feisty, but underneath is insecurity, bitterness, and almost a fixed way of thinking about things. Especially relating to gender.

In a way she’s the opposite of Maki, but it doesn’t take away from Mai’s strength or her backstory.

She’s strong and relevant in her own way.

Jujutsu Kaisen’s finished and season 2 is bound to come in future. A movie is planned soon.

Whatever happens next, as long as the quality is consistent we’ll see all characters, females included, growing and developing.

And making the better overall.

That to me is what a good , film, or TV series is about. When it’s not a gender thing and the characters are written so well you forget about the gender all together.

Season 1 of Jujutsu Kaisen has done a stellar job of that and I wanna see more.