clickbait is well-known in the community.

The worse culprits for this are YouTubers.  fans themselves have said it 1000’s of times on the internet.

Next in line is news sites. Some who are culture vultures, and others who are built off HYPE.

Beyond that – you have sites that write about (along with other topics) who are known for clickbait.

“Clickbait” I admit is a term that’s misused and abused.

Most people think anything with a good title or image is “clickbait”, but that’s not how it works.

Clickbait is anything that’s MISLEADING. It’s really that simple.

The type of headline where once you view the content, it doesn’t reflect or even relate to the content in the headline.

Sometimes titles with a cliche format (you won’ believe, etc) are considered clickbait.

You’ll see this a lot on YouTube accounts. Dumb, stupid, over the top and “forced” facial expressions to make people CLICK.

The types of faces you wouldn’t even make in real life because it’s all an act like you’re playing a role in a film.

But “corny” has no correlation to clickbait. It’s whether the title is misleading, insincere or creates fake outrage.

Soranews dropped this article the other day.

The headline is this:

Does need to start being more politically correct for overseas audiences? Twitter debates

The author starts by saying:

“Japanese animation has long had a reputation for pushing the boundaries of what’s acceptable, but is it pushing too far these days?”

Pushing too far for who? (The loud minority of course).

They go on to say:

“As access to gets easier and easier, its overseas audience is continually expanding beyond people who grew up with or have an interest in/affinity for the set of Japanese societal values reflected in the medium. Because of that, there’s been increased debate as to whether or not needs to be more concerned with the idea of political correctness.”

While I feel the writer has good intentions, THIS type of headline is misleading.

The writer is from the US originally, which explains a lot.

Twitter is NOT debating this topic. It’s literally a minority of people in the west crying about how politically incorrect is, or a handful of Japanese bending the knee to their rhetoric propaganda.

Only now is Twitter “debating” ‘s political correctness BECAUSE Soranews’s article is doing the rounds on social media.

Intentional or not, this is manufactured hype.

No.
Japan needs to continue to be Japan.
Western needs to stop prettending it’s idelogies are morally superior to the rest of the world.

Kotaku is another culprit with a misleading title.

On Feb 20th 2020 they created a post called “Pokemon accused of whitewashing”.

The reason It wasn’t covered here on Motivation, is because after looking into it – it wasn’t REALLY an issue to begin with.

Nobody complained about it, except 1 or 2 accounts on Twitter (at most).

Kotaku’s clickbait has blown it out of proportion and created an issue that isn’t even real.

Yep. No need to give it articles. These people want attention, and this stuff will continue if outlets continue to give them what they want

Some people seem to “get it” and understand the blatant clickbait that’s going on here.

1. It creates outrage out of thin air

Friendly reminder to not give any clicks to clickbait websites that stir sh*t up out of nowhere to get people to read their garbage https://t.co/9oRco0FxG9

Going back to the Kotaku article again – like this Tweet says: they’re stirring sh*t up for clicks.

What’s crazy is how there’s over 400+ comments and how close it is to almost half a million views.

And this is on top of the fact none of this was an ISSUE to begin with.

Kotaku used their influence to create “fake outrage” and only now is it a topic people are “supposedly” outraging about.

It creates outrage out of thin air, which then gives POWER to the handful of people crying about a non-issue.

Or even in cases where nobody is even complaining until the “fake outrage” is created by so-called journalist and unethical websites.

If it’s REALLY an outrage then it makes sense to report on it. But if no one is outraging, you’re just doing it for clicks, views, at the expense of spreading lies and causing controversy for the sake of it.

2. It gives the LOUD minority a platform

Shield hero has controversy? ADDED TO THE WATCHLIST pic.twitter.com/fKhLDnTdX4

is one of those .

In 2019 it had REAL outrage and controversy surrounding it. Feminist sites (and SJW’S on Twitter) went all out attacking the . Claiming the false rape allegation against the main character was toxic.

Even News Network took part in pushing a narrative.

The opposite is true when it’s “not” really an outrage

Tell you what… fake outrage is bad. It makes you look like a f*cking clown… #Manga #Anime #FakeOutrage pic.twitter.com/5vethoDOQ2

Someone complained about Shounen Jump.

They mention Dragon Ball as if they’re a fan, but then cry because Shounen Jump published the “crude” scene from Dragon Ball with Bulma and Master Roshi. 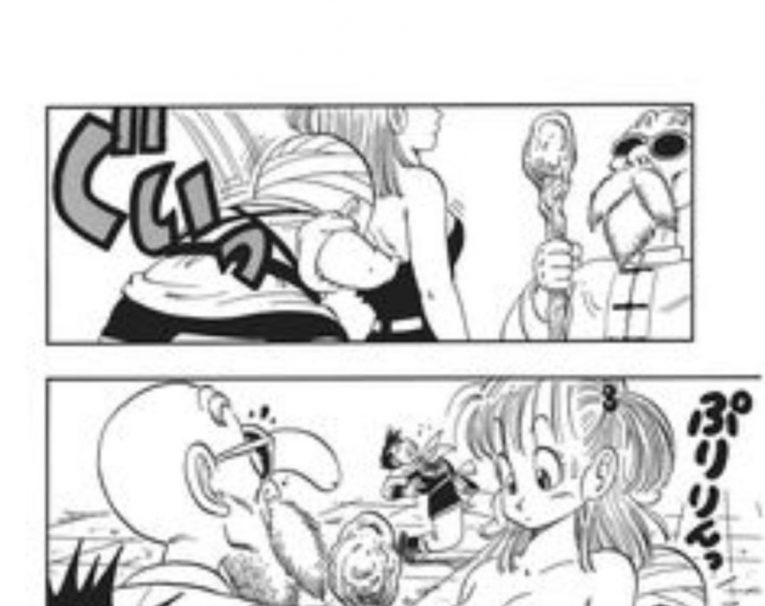 By giving fake outrage a platform, or outrage that’s really a few people complaining – means giving these people a platform to spread lies, toxicity, and their agendas.

It’s dumb to report on this type of sh*t if it’s not really a thing. That’s the type of insincere crap clickbait sites, bloggers and “journalists” are known for.

These types of clickbaiters only make things worse and can cause more harm than good. 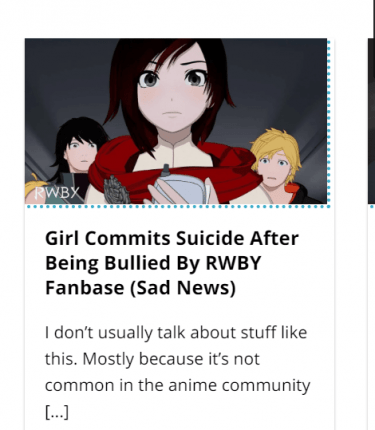 Now don’t get me wrong – I’ve been caught up in controversy BECAUSE of point #2.

I reported on a fan of RWBY who committed suicide back in 2019. I was the only one to report on it since I caught it first (no site covered it).

By giving this person a platform – it turned out it was a troll creating fake news for attention.

They deleted their account, and it was confirmed to be a hoax.

This news story BLEW UP all over Twitter and the internet.

#rwby so the suicide apparently is a hoax and yet #rwby fandom still been threatening Hero Hei rather then gathering information on wither it’s true or not? The suicide may have been false the toxicity of the fandom is proven true. https://t.co/wOhdUId8EU

The point here is this is why giving fake outrage or trolls a platform is DANGEROUS.

It might have driven an insane amount of views to this site, but at what cost?

Some anime influencers prostitute their attention so much, they don’t care about the consequences.

But it’s a trend that clearly does more harm than good. Especially when it’s intentional.

Speaking out against outrage is a double edged sword and shouldn’t be done carelessly.

So Called Anime Journalism, And How Everyone’s In It For Clicks

I don’t think a dystopian future for this medium is inevitable, I still see many who watch anime and they don’t pay Attention to this cancel culture bullshit

At this point surveillance capitalism needs to be abolished