The Crunchyroll anime awards slid into the world back in January 2017. Making it almost 3+ years old.

Old enough to say a few words and do more than just crawl or say “goo-goo-gah-gah”.

All jokes aside, I’ve never followed or paid attention to it. Not because I’m a hater, but because I filter out a LOT of things that don’t spark my interest.

So why talk about the awards now?

After all – it’s been running for almost 3 years and it’s no secret in the community online. And CR announced their upcoming awards the other day. 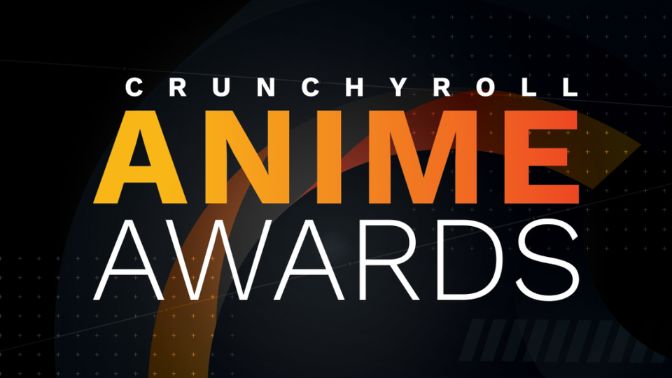 On the surface it seems to do a lot of GOOD:

The awards celebrates and gives shows, characters and directors a chance to “shine” in the limelight. In front of ‘s multi-millions who visit their site.

But the way ‘s awards is “set up” is flawed 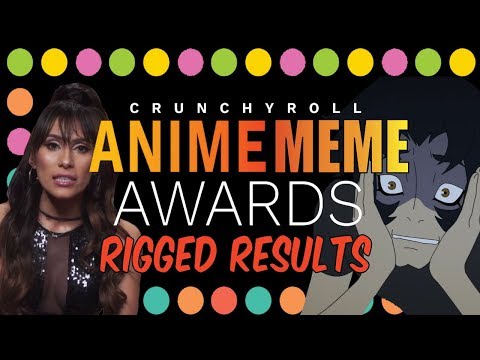 It’s well documented how some fans and creators call it “ meme awards” because of how predictable, cliche and cringe it is. So I’m not the first to bring this up.

Lost Pause did this already.

Even though is a partner with Motivation, that’s all the more reason for me to speak on it (because it matters).

The Problem With ‘s Awards:

1. The voting system is bias 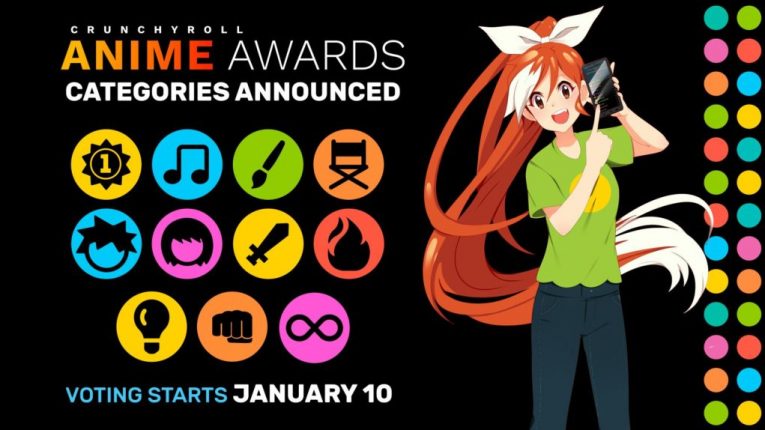 The Awards is “supposed” to give fans a chance to vote for their favorite series.

On the surface this sounds cool.

That means you get to vote for potentially obscure and even push it to the limelight. With the potential for it to “win” some type of award. And be showcased in front of millions.

But that’s NOT how the voting system really works

“Not only do judges select all of the nominees for the Awards, but they help contribute to deciding the eventual winners as well! This year, the points that judges assigned in the nomination period will be weighted 70/30 against the fan vote to decide the final winner in each category.”

In plain English, this means your vote as an fan doesn’t mean sh*t.

You have less power than the judges do, even though fans outnumber the 20+ or so judges by millions.

An fan in ‘s post put it another way:

“I’ll repeat here what I said during the travesty that was the last awards: If you’re not going to let us vote for OUR favorites, I don’t see why we should bother voting at all. I and many others quite frankly couldn’t care less about picking from among your judges’ favorites. And now I see you’ve made it so that your judges’ nomination vote has more than twice the weight of all our votes combined (meaning that, if they so choose, your judges can decide a category’s winner themselves before we even have a chance to vote).

Look, if you want to choose the awards’ recipients yourselves so badly, you certainly have the right to do so. Plenty of other sites and groups do the same. But at least give us a fans’ choice category or something, rather than pretending our voices matter in this ridiculous sham.“

‘s voting system as I’ve come to find out is no different from a typical award show.

You’re made to feel like you have more power than you actually do by voting, but in reality the power lies with the judges and their biases. Not to mention favoritism.

Or in this case – ‘s short list of judges.

That leads to my next problem… 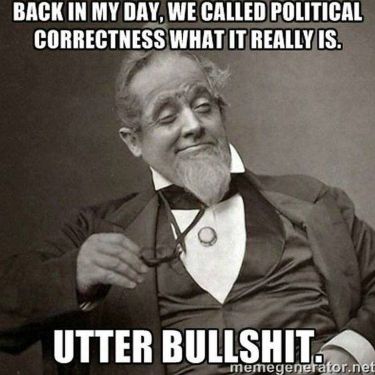 We all know how these types of “award shows” go.

, , films, . It’s all the same and it’s rigged from the get go and filled with a mountain of political correctness.

All you’ve got to do is look at the history of these awards to see what “stole” most of the winning spots. 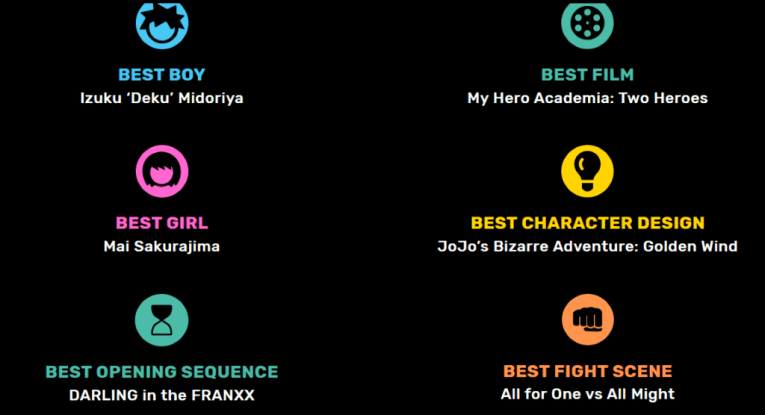 Historically – the only that “make it” are the ones judges know will sit well with the mainstream community.

It’s expected, cliche and borderline politics to choose , and popular just like it (even if it’s good).

Goblin Slayer wasn’t included in 2019 because of the backlash and drama. And ran the other way to avoid being associated with it.

The judges are there to fit a narrative, instead of sharing their 100% unfiltered opinions on what they like, or what should receive votes and awards.

No way is this natural or pure. 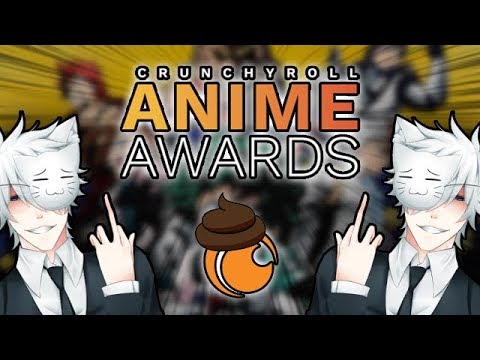 The Awards, just like the Oscars is about putting things on a pedestal.

It’s not about diversity, or giving credit where credit’s due. Or giving GREAT a chance to shine regardless of how popular or unpopular it is.

No, this is about kissing up to a narrative, while dressing it up as something open and unrestricted.

Once February 2020 comes around this is gonna be even more obvious than it’s ever been.

4. Judges who don’t represent the community 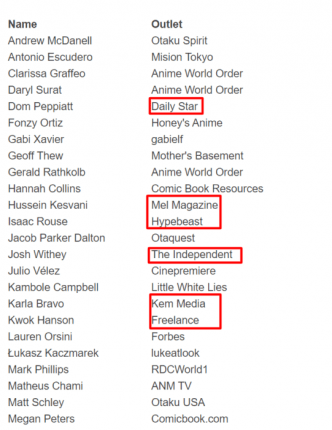 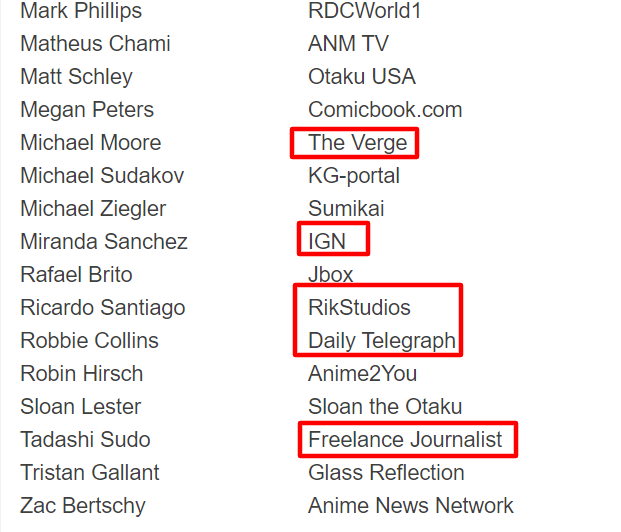 If a judge doesn’t run an website, blog, organization or YouTube channel, does that mean they’re NOT fans?

Of course not. But it’s a little strange to see a guy from a newspaper like “Daily Star” representing the awards 2020.

If this is about representing and promoting the anime community, it would have made more sense to promote and use judges from people within the community itself.

The shortlist is oddly specific.

aims to give “power” to voters, and yet that power is taken away

Your vote is almost 3 times LESS relevant than the judges vote. And the judge can even sway the votes (and the winners) in their favor because they hold so much power. 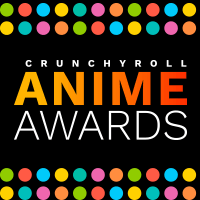 If ran a poll and let fans vote their favorite for each category, the results would be drastically different.

And better. It would give a realistic picture of what millions of fans think of:

That’s the 100% legit, unfiltered way to run an awards show based on the voices of the PEOPLE. Which matters more than anything else because it’s accurate.

Anything else is just pushing a personal agenda.

And it seems like is more interested in pandering to politics and swaying opinion, by replacing it with their own shortlist of judges opinions.

Only to then pretend the final result represents what millions of fans really think, or what they wanted.