quotes mentioned by the following characters:

Chihayafuru is a Josei/romance series and one of the most popular of its kind.

If you want quotes about romance, love, achieving your goals and life, then this has plenty of takeaways. 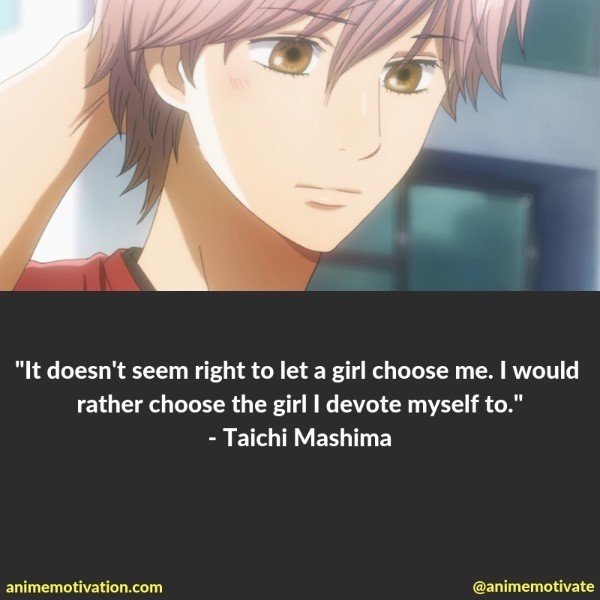 “It doesn’t seem right to let a girl choose me. I would rather choose the girl I devote myself to.” – Taichi Mashima 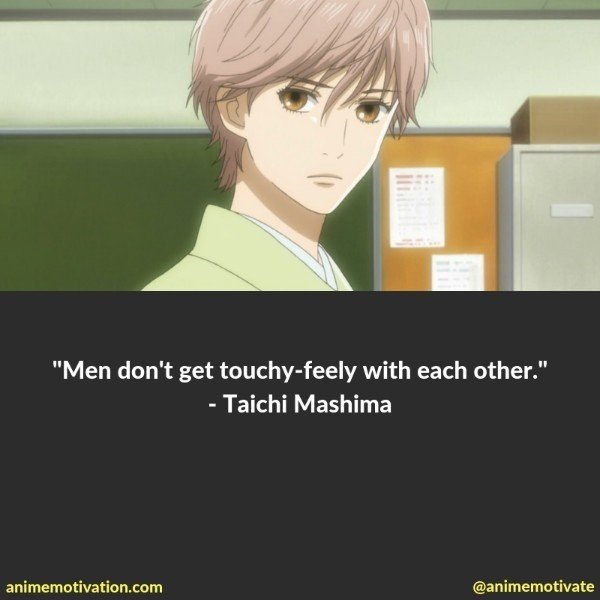 “Men don’t get touchy-feely with each other.” – Taichi Mashima 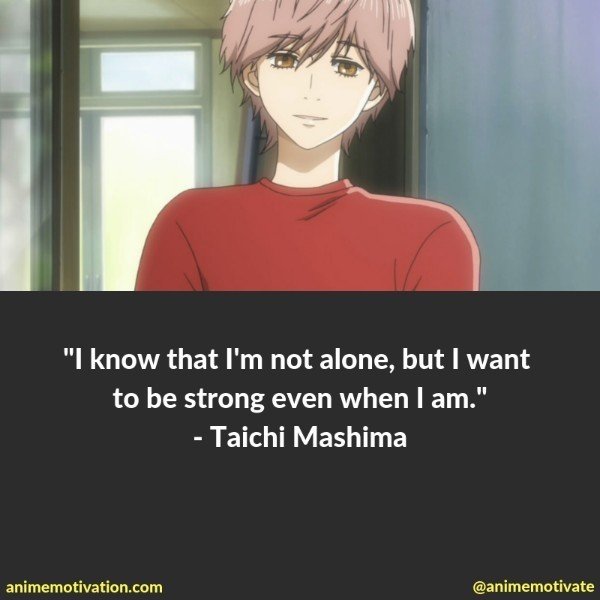 “I know that I’m not alone, but I want to be strong even when I am.” – Taichi Mashima 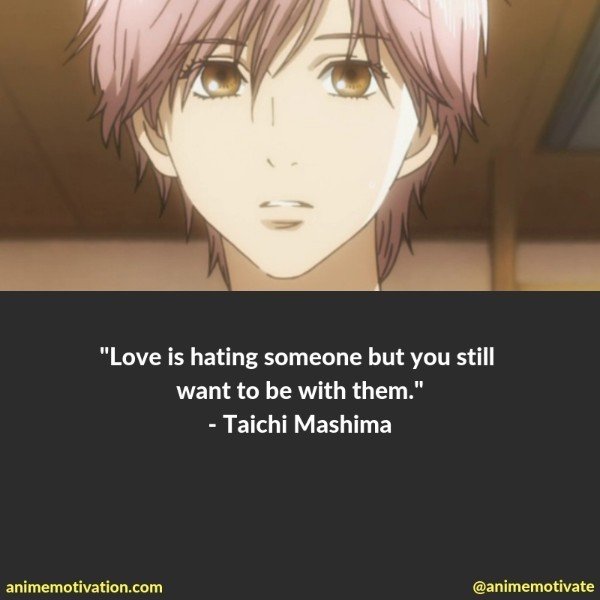 “Love is hating someone but you still want to be with them.” – Taichi Mashima 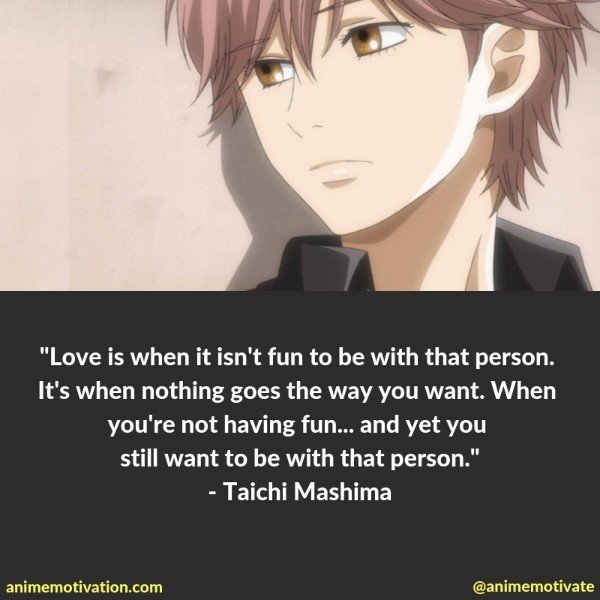 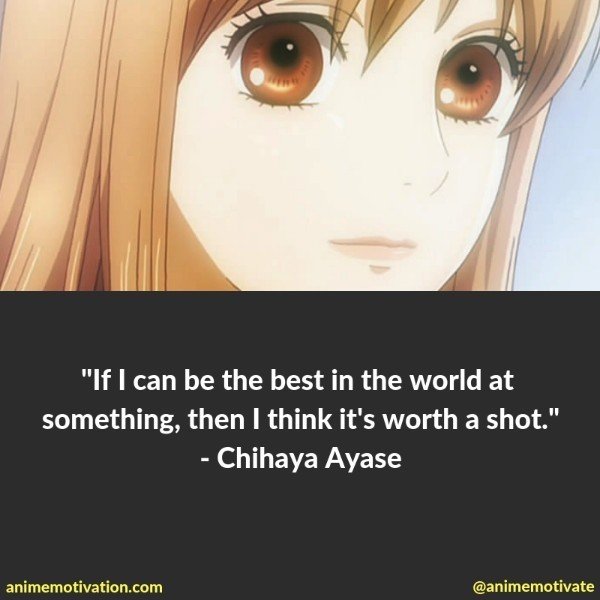 “If I can be the best in the world at something, then I think it’s worth a shot.” – Chihaya Ayase 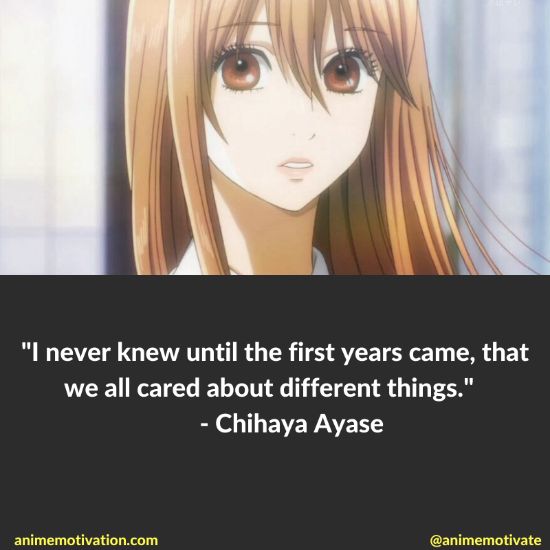 “I never knew until the first years came, that we all cared about different things.” – Chihaya Ayase 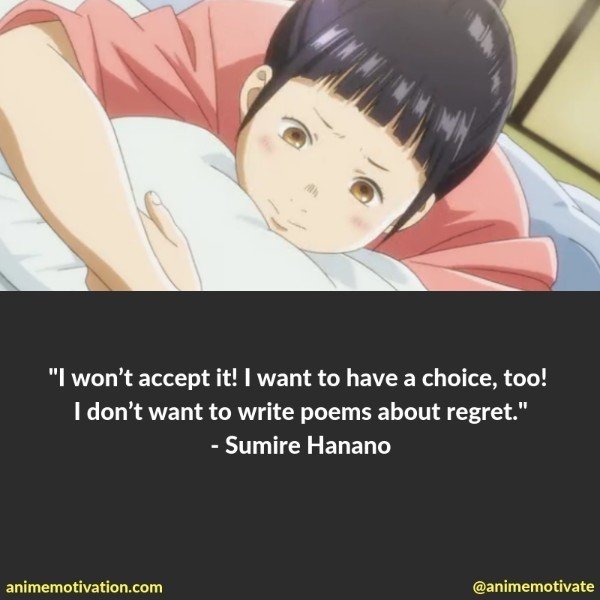 “I won’t accept it! I want to have a choice, too! I don’t want to write poems about regret.” – Sumire Hanano 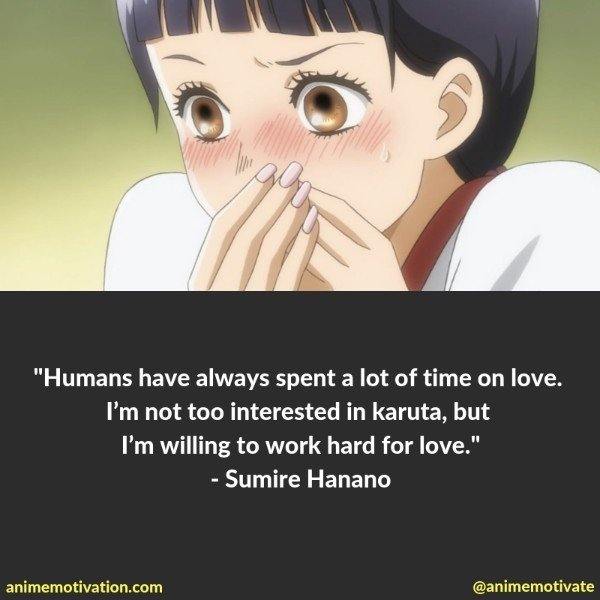 “Humans have always spent a lot of time on love. I’m not too interested in karuta, but I’m willing to work hard for love.” – Sumire Hanano

“You can’t stop fighting to play. Once you’ve lost that drive, you’ll start to lose your edge.” – Yusei Nishida

“It’s not difficult to compose poetry. You just have to translate your feelings into meter.” – Oe Kanade

“A woman must always move with grace, whether you’re wiping a table or drying sheets. Or in the fight for your life.” – Oe Kanade

“It’s vulgar and foolish to spend all your time thinking about love!” – Oe Kanade 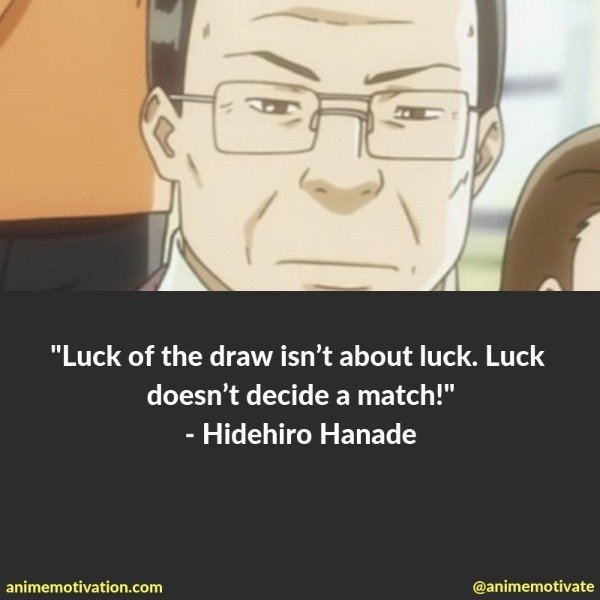 “Some people think the act of investing efforts, trying your best is more precious than the result. But for mentors as well as their pupils, that approach feels bitter. ‘I did my best’, ‘the fight was close’… words like that blow past and die out like the wind. Only the result is a stone. The stone you can reach by doing your best.” – Hidehiro Harade

“Frustrations will not last forever. Nobody can keep on going without some measure of reward.” – Hidehiro Harade

“That’s something you can’t know until you’ve tried it, and you still won’t understand after you play. I’ve been playing for 45 years and I still don’t understand. I’ve never been able to figure it out. That’s why I keep playing.” – Hidehiro Harade 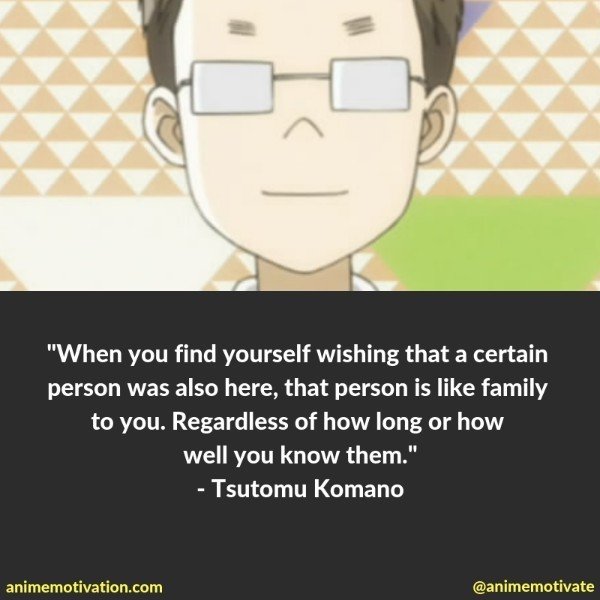 “When you find yourself wishing that a certain person was also here, that person is like family to you. Regardless of how long or how well you know them.” – Tsutomu Komano

“I’ve been in your shoes. I was also given a chance. There’s no rush. You’ll get better very soon.” – Tsutomu Komano