Spoilers for The Movie: Mugen Train, and possible spoilers for the series.

, or , is an about Tanjiro Kamado becoming a .

One day, after Tanjiro goes into town, he comes back home to find his family slaughtered.

His family had been attacked and killed by a demon, except for his sister Nezuko, who was turned into a demon.

Tanjiro begins training hard to become a , and he takes Nezuko with him on his journey.

Along the way, he meets several amazing characters, like Zenitsu Agatsuma, Inosuke Hashibira, and many more.

truly shows the importance of standing by your loved ones 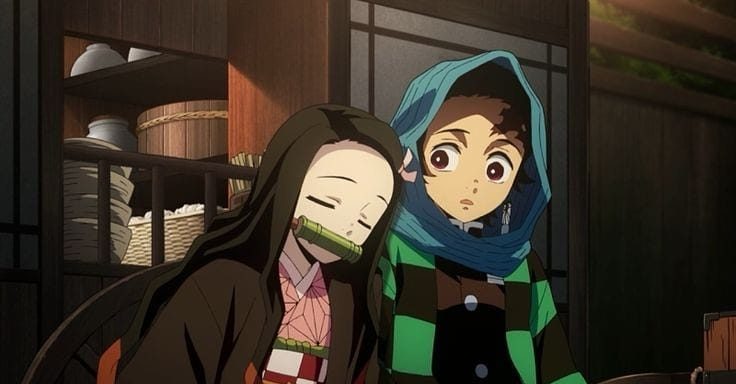 Even though his sister has turned into a demon, Tanjiro is determined to stay by her side and find a way to turn her back into a human.

If a is caught protecting a human, they are neglecting the rules of the Corps.

Tanjiro believes that Nezuko won’t attack any humans, but the other demon slayers don’t share the same belief.

When Tanjiro and Nezuko are taken to headquarters, they are nearly put on trial because of Tanjiro’s protection of his sister.

Even so, Tanjiro refuses to hand his sister over. I think it was remarkable of Tanjiro to continue to stand by Nezuko.

Even though he believed she wouldn’t attack humans, he could have changed his mind when he saw what the other demons were like. But he chose to stand by his family, and that shows how great his character is.

In the series, there is a character named Zenitsu Agatsuma that Tanjiro sees at the final selection. The two of them eventually become very close and travel on their journeys together.

What’s impressive about Zenitsu is that he became a even though he is clearly afraid.

I think that the way Zenitsu became a and forces himself to go on missions shows how we sometimes have to do things even if we are afraid.

If you are afraid but continue to accomplish difficult tasks, like Zenitsu did, you will become stronger as an individual.

In the new movie, The Movie: Mugen Train, the powerful Kyojuro Rengoku risks his life in order to fulfill his duty and protect those around him.

He comes face to face with the powerful demon known as Akasa, and he shows no hesitation when stepping up to fight.

This really speaks to his strong character and his sense of determination. Although he lost his life, and he probably saw that coming, he still pushed through in order to protect others.

It was amazing to witness Rengoku care so much for those he was meant to protect. So much so that he was willing to sacrifice his life.

Although it’s bloody and gruesome, I would highly recommend watching and The Movie: Mugen Train.

Not only is the story compelling, but the messages about family and character are important for everyone to hear.

22+ Of The Best Shonen Female Characters 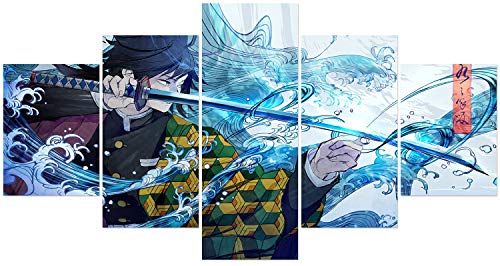 Hunbeauty art Demon Slayer Poster Unframed Canvas Prints Anime Posters for Living Room Tomioka Giyuu Shop with Amazon
We earn a commission from Amazon & other affiliates if you make a purchase at no additional cost to you.