Scary, terrifying, or dangerous characters aren’t necessarily or easy on the eyes. Orochimaru from being a prime example.

The same is true for characters like Medusa Gorgon from Soul Eater, to a degree.

But some characters, mostly girls, can be both and scary at the same time.

They have a misleading appearance that makes you believe they’re harmless or fragile. But the reality ends up being the opposite. 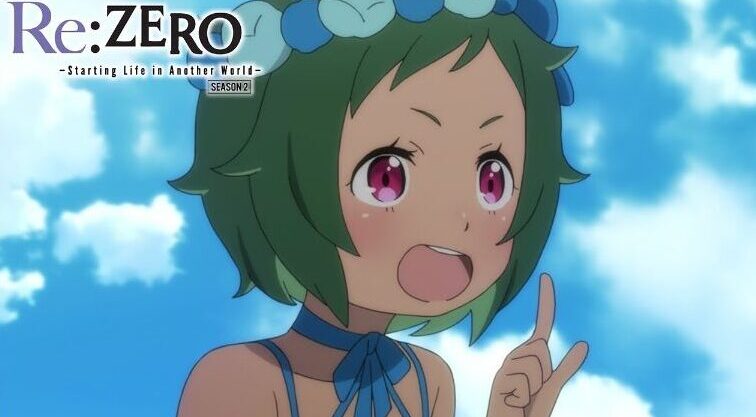 The Witch Of Pride is a perfect example of this type of character. Bright green hair, a appearance, seemingly weak body and cheerful persona.

Nothing about her seems “off” and that’s why Subaru was so comfortable shaking her hand, even after Echidna warned him not to.

The end result was Subaru Natsuki’s body literally falling apart and hitting the floor like a deck of cards.

The Witch Of Pride, like all witches in Re:Zero, has a dangerous level of power and can barely be trusted, despite how she looks. 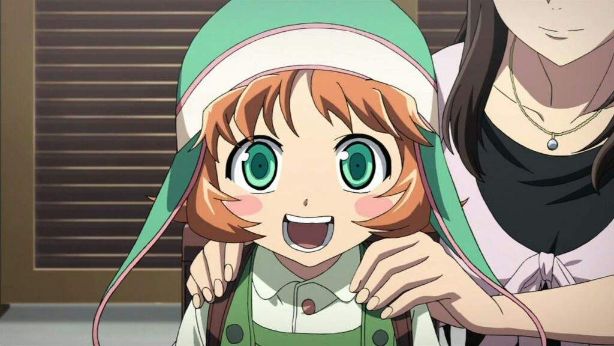 Reisuke Houjou, aka “5th” from Mirai Nikki is a kid who appears to be , childish, innocent and sharp for his age.

When 5th is first invited over to Yuki Amano’s house, he’s seen as this creative little munchkin who couldn’t hurt an ant if he tried to.

Later as the plot thickens we see how that plays out.

5th is one of the crazy characters out of the main cast of Mirai Nikki. And he’s more dangerous than his “age” tells you. 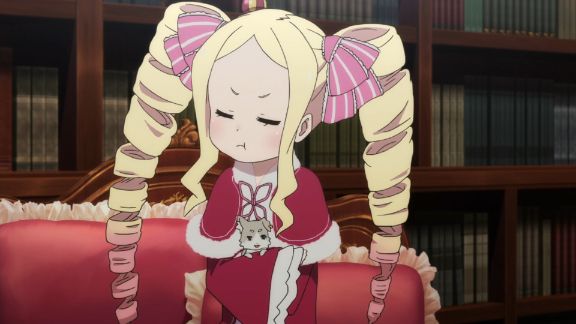 Beatrice is the character in Re:Zero who’s always seen in the library. By herself. There’s a reason for that.

In her usual pink fluffy outfit, blonde pig tails and small size, she looks more like a doll than she does dangerous.

Even though she’s on the side of “good” in Re:Zero, she’s actually terrifying when you dig into her abilities and powers. Like being able to drain a person’s energy until the point of death.

Relevant: 7 Of The Most Powerful Female Anime Characters 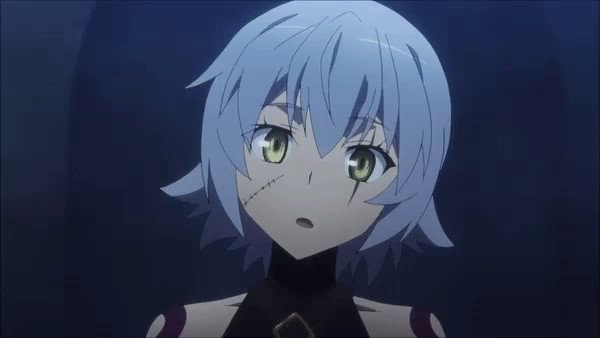 Jack The Ripper, as the name implies, it’s a deadly character from Fate Apocrypha in the form of a little girl.

As you’d imagine, her past life and upbringing it’s dark enough to make a person choke in surprise. Her home life is twisted.

She’s also a cold blooded killer who has no emotion or empathy for her victims, even if they’re helpless and have no special powers to defend themselves.

In fact that’s what gives her a kick out of it even more. 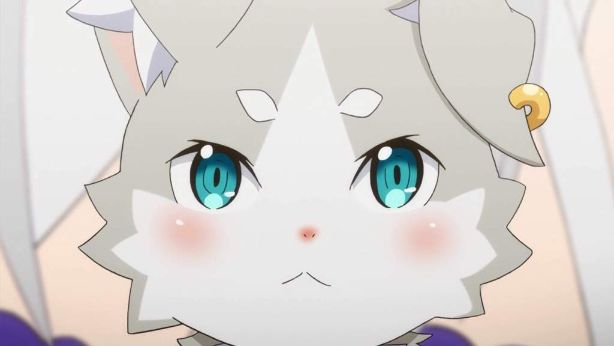 Puck is another character from Re:Zero who’s appearance is deceiving. He’s just a little fur ball who happens to talk, and has intelligence.

As Emilia’s familiar though, Puck is much more than the will have you believe in the beginning.

Without spoiling it, there’s a dark side to Puck’s character that changes his physical appearance. And he’s a danger to almost everyone in that state. 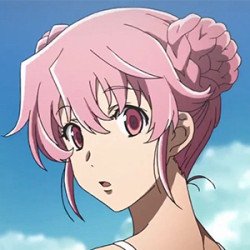 When it call comes down to it, Yuno Gasai is a character. And a girl who has manners, respect for others, and knows how to carry herself well.

She’s stellar in social situations and is designed to catch the eye without being overly dramatic or unrealistic.

That side of Yuno is what you see on the surface though. Underneath that is a grim reaper that will KILL for her “hubby” as she puts it.

That’s what happens when a Yandere who’s appealing ends up as the main character of the series. 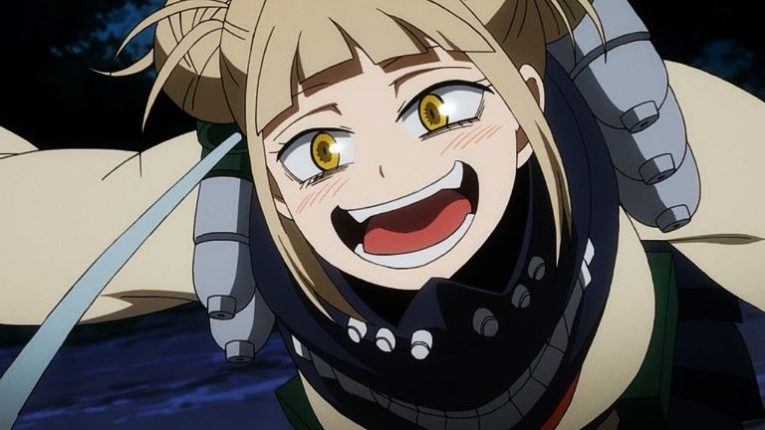 Toga Himiko is probably the most popular on this list, ignoring Yuno Gasai. Especially in recent years.

Toga is a classic Yandere who’s blonde, short, and has a drive to kill and especially fight back against society’s rules as a criminal.

Given her upbringing, just like Yuno, she’s a little unstable. And has an appearance that’s deceiving at first glance. 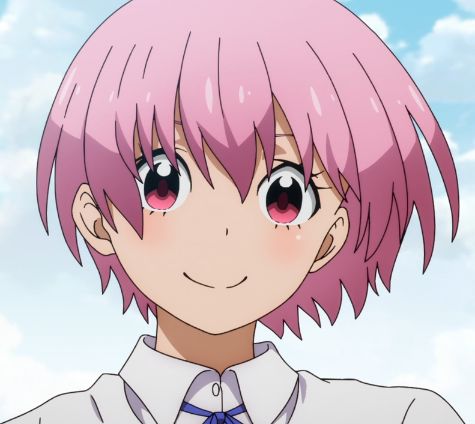 Inca has become one of the most hated characters, more so in the universe. fans can’t stand her.

It wasn’t always this way. In the beginning when she first shows up in season 2, Inca is a character who’s terrified and seemingly innocent.

She uses her power to add a little excitement to her empty life, but then a dark side awakens and takes over completely.

This is the part of Inca that makes her “scary”, regardless of her appearance. More so before the fact. 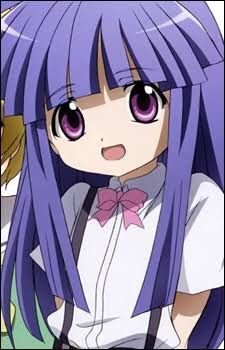 Rika Furude is a girl who knows too much, too soon. She’s only a little kid, younger than the age of 10. And yet she’s ahead of her time.

There’s a deeper, darker reason as to why that’s the case. That’s revealed later in the .

When you see Rika’s darker side, it gives context to the definition of “ but scary”.

Related: 43+ Of The CUTEST Anime Pout Faces That Will Make Your Day 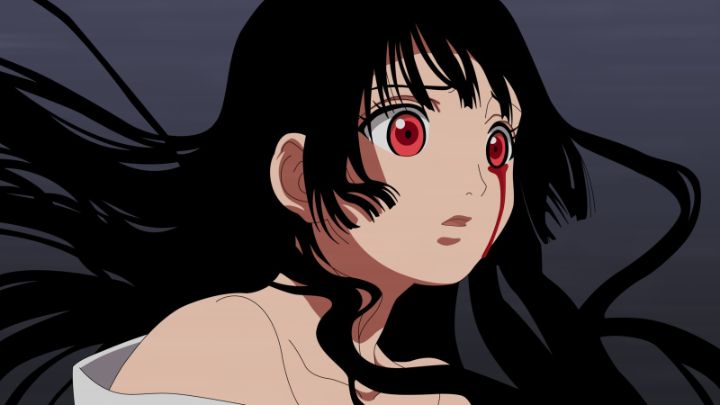 Ai Enma from Hell Girl was once an ordinary girl. But I suppose not.

She’s always been shunned by her village for being weird and creepy, according to the village. But one person accepted her and they became friends.

That doesn’t last too long and that’s where the darker, more sinister side to Ai Enma comes into play. This is the “main” plot.

Relevant: These 11 Anime Characters Have Some Of The Saddest Pasts That Will Break Your Heart 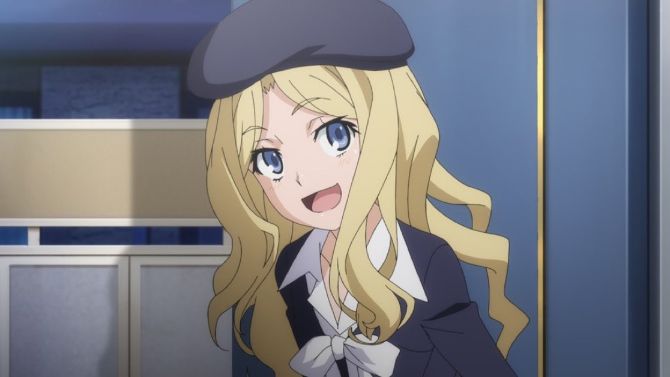 Frenda since she appeared in season 2 of Railgun has shown why she’s on the surface, but dangerous below the surface.

She works in the underworld with 2 other characters in particular, and has no problem spilling blood if it means getting paid and getting a job done.

Even though she’s from a different world compared to the main characters of Railgun, there is a soft side to her personality.

We get to see this side of her with Ruiko Saten, who she becomes friends with.

Still, she’s not a character who takes sh*t from anyone outside her circle. 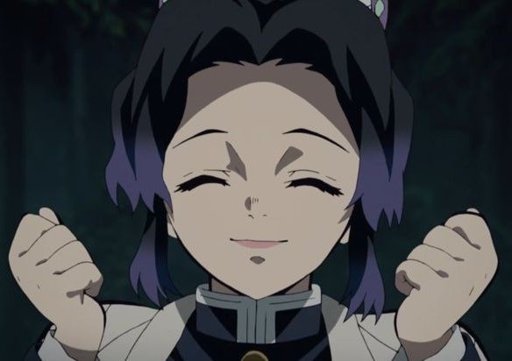 Shinobu Kocho has a dazzling appearance when she first shows up in . The “butterfly” girl is both gorgeous AND .

On the surface she seems so interesting, and seems to have a gentle, kind heart. And likes to “half” smile a lot.

Deep down though there’s something else going on. We see this when she gives a speech to a Demon about being friends with him.

Being one of the strongest characters from , it’s only right she’s on this list as the shoe fits. 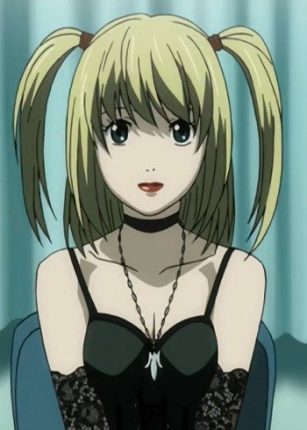 Misa Amane is a popular female character for a reason. She’s Light Yagami’s right hand woman. And will do anything he tells her to.

She’s his devoted fan, not just lover. And being a model she has the sex appeal and “” persona to go with it.

What’s terrifying about her though is exactly that. Her blind devotion to an insane cause. And how far she’s willing to go to see it through.

She’s the kind of character who’s physical appearance would leave most in disbelief if they knew what she’s up to. 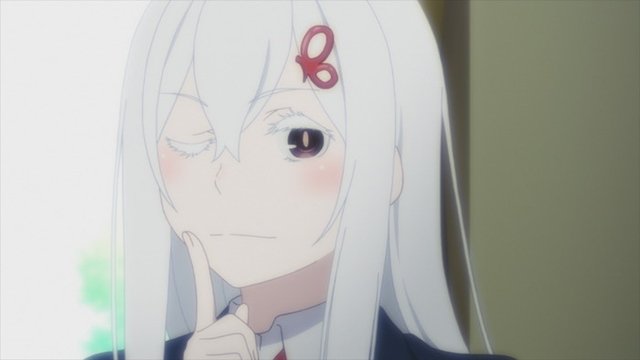 Echidna, the witch of greed, is another character who won the hearts of fans from this list. Similar to Yuno Gasai.

The Witch Of Greed isn’t a yandere though, or a Tsundere. But she is a witch who’s playful, appealing, and seemingly likable.

Underneath all that is a disturbed side to her personality. A darker side to her character. A side she hasn’t revealed much of.

Let’s not forget, she’s a witch after all. And a greedy one who’s not just fairly smart, but will do whatever it takes.

Even if it means being dishonest to achieve her goal.