Getting into stupid arguments about who’s stronger than who isn’t my style. It surprises me how some fans will waste days  and weeks on forums, crying about something so petty.

And that’s the issue: in debates about strong characters, most of it’s based on opinions instead of objective truths.

So with that said, this post will NOT be based on “how I feel”. But more on what the facts are in terms of strong characters.

So let’s get started.

11 Of The Strongest Characters To Ever Exist:

Baraggan died for one simple reason in bleach: to further the plot. Nothing else. Nothing more.

Objectively though, Baraggan is the strongest character in Bleach. AND one of the most characters in the universe.

His ability: Senescence. Here’s the definition:

“the condition or process of deterioration with age.”

What that means is his ability is governed by the laws of time. And as with the laws of nature in general, nothing can bend or break it. Time affects everything (because everything has an expiration date).

It doesn’t matter whether we’re talking about Superman, Goku, an object or magic, Baraggan’s ability can vaporize anything it touches without fail.

And this is proven many times throughout Bleach, even if on a small-ish scale. 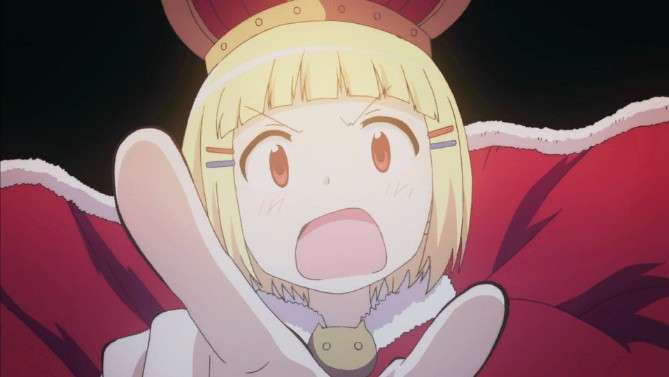 That’s right. This little blonde kid will make get on his knees and apologize for thinking he ever stood a chance.

In all seriousness though: Sana isn’t a fighter by nature, so that wouldn’t happen.

But jokes aside, Sana has the ability to create anything by imagining it. She’s omnipotent.

Whether we’re talking about planets, monsters, beings, worlds, weapons, or anything else, she can do it by imagining it.

As an example in the , she imagined a world and then decides to live in it. Willingly stepping in and out of this world when she feels like it.

Just imagine how she’d be if she was a trained warrior or how strong she’ll become if the continues. And we get to see her age.

For obvious reasons, Aizen is by far one of the most dangerous characters to have been created.

He’s faster than a bullet (by many times), and skilled with his sword like most Soul Reapers. But one thing makes him stand out: his ability to manipulate all 5 senses.

With this ability no amount of enemies can stop him. Because you can’t fight what you can’t see, hear, smell, touch or taste.

Especially when what you’re sensing is a fabrication, created to disorient and confuse you. And make you hallucinate.

This one ability makes Aizen worthy of being one of the strongest.

And let’s not forget: Sosuke is a Shinigami who’s immortal. 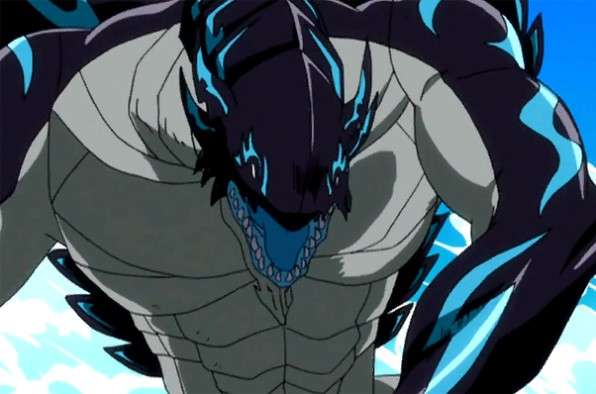 characters in general aren’t top tier when it comes to strength. And that’s despite how strong characters like , Gray, , and others are.

But Acnologia is in a league of his own.

No matter how many wizards fight Acnologia, and no matter strong they were, all their attempts failed.

If we’re talking about physical strength, Acnologia will crush most characters who are considered . It’s almost as if Acnologia is from another all together because of how strong he is in comparison to the universe. 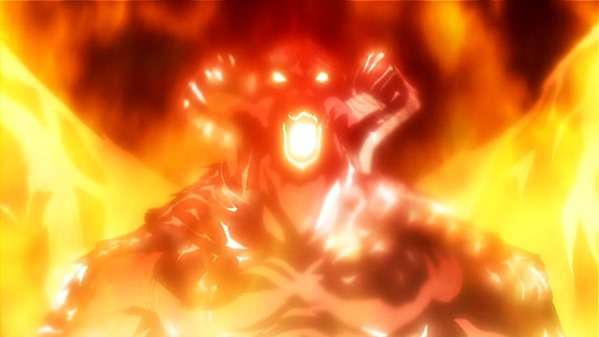 Alastor is so he’s able to destroy the God Of Creation. And in he’s the most feared of all the Crimson Denizens.

We’re talking level strength with Alastor. With fire hot enough to melt anything it touches. And that’s not even the beginning of why Alastor is such a character.

Most fans will ignore characters like this (because they’re misinformed) which is obviously a mistake, objectively speaking. 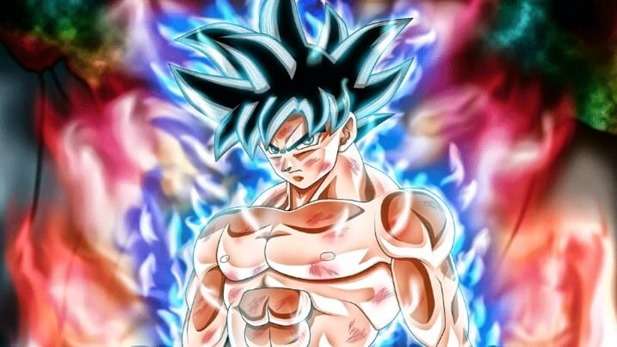 I can’t go through this blog post without mentioning Goku. That would be a crime in itself.

Goku, even in was one of the strongest characters ever created. This was true even in the 1990’s. Not to mention during the Saiyan and Namek Saga of .

The Cell and Buu Saga only made it worse. And now with , Goku’s power almost rivals the gods themselves.

And we can only expect his Saiyan abilities to accelerate his strength even further as DB continues as a franchise. 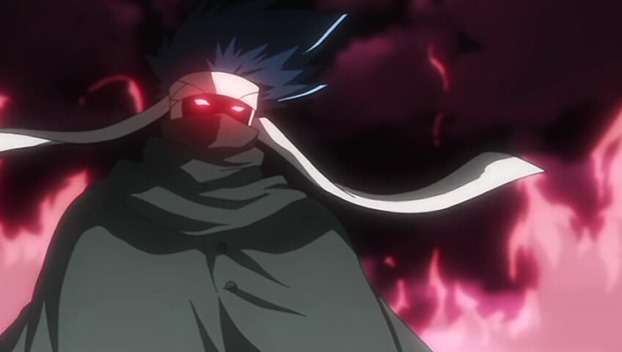 Sabrac is another crimson denizen from . He’s not as as Alastor, but that doesn’t change his rankings.

Sabrac is a demon with an oversized body, so to compensate he uses a “dummy” version of himself to navigate the world, and assassinate his victims.

This “dummy” version is able to regenerate endlessly.

And any damage inflicted on Sabrac is bounced back to his opponent at 2 – 10X the power. Making almost every battle a guaranteed victory.

The only way to defeat Sabrac is to know where his real body is. So far only one character has been able to do that (out of 1000’s Sabrac has fought and murdered). 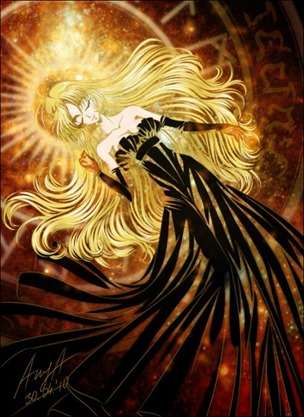 Lord of Nightmares is Omniscient. Which is slang for knowing everything. But that’s not all it means.

Because of her god-like abilities, she’s untouchable and nothing is capable of becoming more than she is. Everything in the world is a result of the Lord Of Nightmares. Making her undeniably one of the strongest characters ever seen.

Not even Beerus or Whis is on the same level of strength in the slightest. 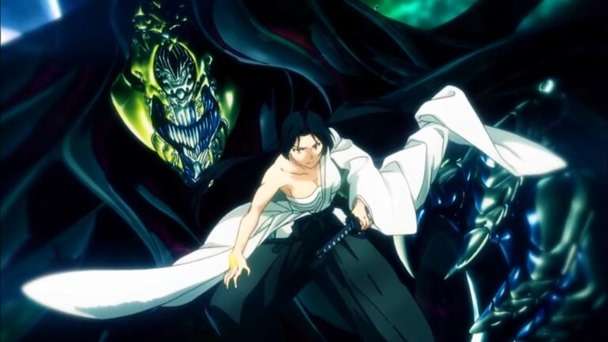 She’s the strongest swordsman without comparison. Not to mention the most power Samurai of any character. So for you Kenshin/Zoro fans, sorry but they’re outclassed.

What makes Cal Shekar so is her ability: absolute boundary. A type of barrier that automatically blocks, deflects, counters or destroys anything it touches.

Whether that be objects, projectiles, bullets, magic, energy waves… You name it. And that’s not all.

Cal Shekar’s absolute boundary gives her the ability to cut through dimensions. Making her able to slash through anything from a distance, even from 10’s of metres away.

And her sword is capable of cutting through anything. No matter strength, object or material. So it’s no exaggeration to say she’s deserving of “one of the strongest”.

Did I mention how fast she is as well? She makes it look like teleportation. 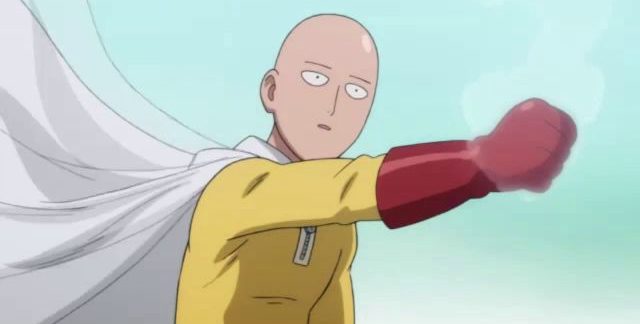 A list of the strongest characters wouldn’t be complete without Saitama. Yes he’s a gag character, but so what?

With a second season on its way, there’s still more to see. And let’s not forget how easily he destroyed a meteor falling from space with a single punch.

Or how he destroyed a huge mountain by doing nothing more than swinging his fist.

Not even characters could do that kind of thing in the beginning, so Saitama’s strength goes without saying. 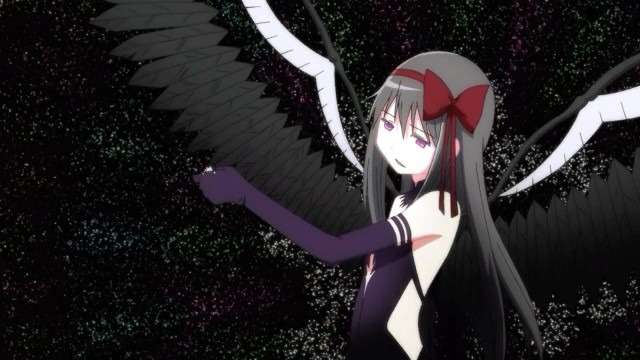 is also another character worth mentioning. But Devil is supposed to be more than Goddess Madoka.

Akemi in her base form can freeze and manipulate time. Able to store items within her wrist Armor.

But Devil ’s abilities take things to a new level:

And a long list of ridiculous abilities that makes even higher than or in terms of strength.

She’s no different to a god, but on a slightly higher level in the form of a devil. Making her OP as an character.

Read: 9 Anime Characters Who Have Some Of The Most Unique Powers And Abilities