This isn’t going to be that hard to write.

Since basically everyone in is gorgeous, watching a show feels like flipping through a fashion magazine. All the characters are seemingly “airbrushed” because animators wouldn’t dare to let their characters have those inconveniences like acne and bad hair.

In short, all has been given the “Cinderella” effect. It makes it tough for an “ugly” girl like me to be able to relate to any of the characters. 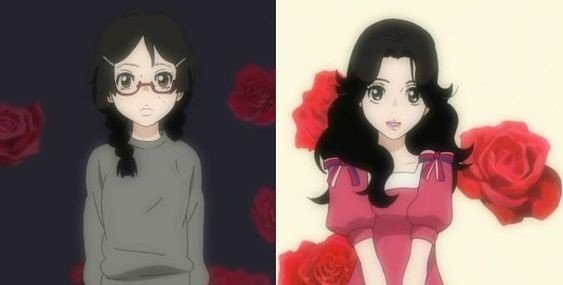 I wanted to get a little more realistic though and talk about our beloved characters and our perception of them, AND ourselves. Specifically, BDD or Body Dysmorphic Disorder.

Sometimes looking at characters can have as much damage OR help as looking through the photo-shopped versions of people in magazines.

Through in the last few decades, we’ve seen most animated styles change.

We’ve come a long way from the 90’s style to what we have now.

As mentioned before, most characters are given that airbrushed look. There’s still that typical style and guide that most creators use to draw their characters.

Even the reboot of didn’t take away my love for the original! 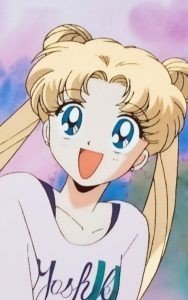 But I’ve noticed a trend in animation styles… how the characters themselves are drawn.

Generally, characters are seen as small and thin, with overly large eyes and perfect skin.

If a character is drawn bigger, it’s usually done so in a comically funny way. Since many animators want to keep up a “certain type of image”, we end up with idealized bodies with slim proportions, huge eyes with impossible to get eyelashes and perfectly styled hair.

Seriously. When does an character NOT look good with wet hair? I always look like a drowned rat.

The first that comes to mind for this (the story, not the wet hair) is Watashi ga Motete Dousunda or Kiss Him, Not Me. 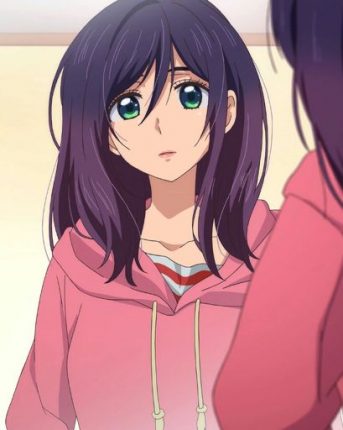 Now, the main character: Serinuma Kae doesn’t receive any attention until she loses a ton of weight.

In most shows, the chubby friend is usually seen as less popular and not attractive.

When Kae suddenly loses all the weight, a few of the guys end up liking her more. But when she gains it all back, they try to make her lose weight to fit their “ideal” woman.

Another great that shows a female character a little more realistic, is Princess Jellyfish.

The main female character, Tsukimi is one of the most relatable characters I’ve ever seen. 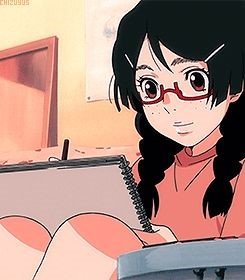 Now, it could be that the anime industry just wants us to keep watching more of their shows. We see a thin, beautiful person and we think “ooh, I want to have your babies”!

But in the past few years, has been expanding, thankfully, to show more real characters that we can relate to.

The larger characters aren’t just for laughs anymore. creators have made characters that we can actually relate to. I mean, look at Welcome to the N.H.K… we finally have someone dealing with a known mental illness.

Even with Durarara, one of the main characters announces that they are asexual, which before would have been taboo.

It wasn’t that long ago that I was diagnosed with BDD (Body Dysmorphic Disorder).

I took their test first before I consulted to see if I even needed to go in. Basically, you needed to check at least 7 before you would be considered to possibly have BDD.

I mentioned this briefly in my Am I Ugly article that I did for Princess Jellyfish, but now I feel is the right time to go a little deeper on the subject. 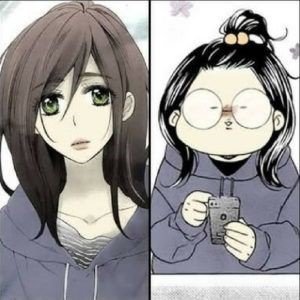 A Typical Day with BDD

I look in the mirror as I begin to get ready for the day.

I avoid looking in the mirror as I start my day. The image that reflects back to me isn’t the face I feel. You feel disgusting… ugly.

I look at all of my flaws and criticize myself on my looks. I then proceed to spend an hour doing my makeup trying my best to cover those flaws.

At some point, I almost give up because it doesn’t matter. Even with the best makeup and the right lighting, I’ll only be a strong 4 out of 10.

Tsukimi deals with this insecurity throughout the series of Princess Jellyfish. She’s afraid that she’ll stay “grubby” forever since she looks the way she does.

While I have many insecurities, my biggest issue stems from my face.  I’ll spend over an hour staring at my too-thin lips, my wide nose, and a large forehead. There’s not enough contour in the WORLD to fix me.

There are times that I refuse to go outside, whether to be with friends or running errands because I’m so ashamed of my looks.

My mind whispers that they must be staring at me and how unfortunate looking I must be. It makes it hard to cultivate friendships and relationships. 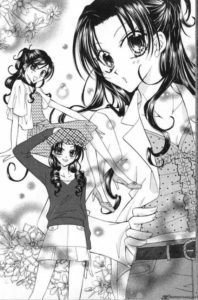 While Skyping with my boyfriend, I couldn’t stop worrying about how the lighting made my face look weird. My forehead on display, my mouth almost nonexistent.

He finds me attractive and I know it’s the BDD telling me the opposite, but it’s still hard to ignore.

They say you are your own biggest critic. When it comes to BDD, there’s nothing closer to the truth than that.

I’ve fought the monsters of depression and anxiety for years, and I am embarking on my journey to beat this disorder and achieve self-love.

Anime has been expanding their content and I for one truly hope they continue to do so.

They’ve started drawing more characters that we can relate to in personality, mental health and looks. I doubt we’ll ever get natural eyes though…

Has been expanding more? Or do you think there’s still too much “Cinderella fluff” in ?

Let me know in the comments below!

If “Real Life” Became An Anime…

Aniblogger who loves sushi. Hoping to make the Anime Community a better place and to show we all can be happy.