Makoto Shinkai is a legend in the industry, just like Miyazaki.

If you said that to Shinkai though, he wouldn’t wanna be compared. He has a lot of humility.

And more movies under his belt, his quotes reflect his experiences. With , life, growing up, films, and everything in between.

Maybe you can take some inspiration from him, or pick his brain and see how he thinks about things.

Here’s his best quotes worth sharing. 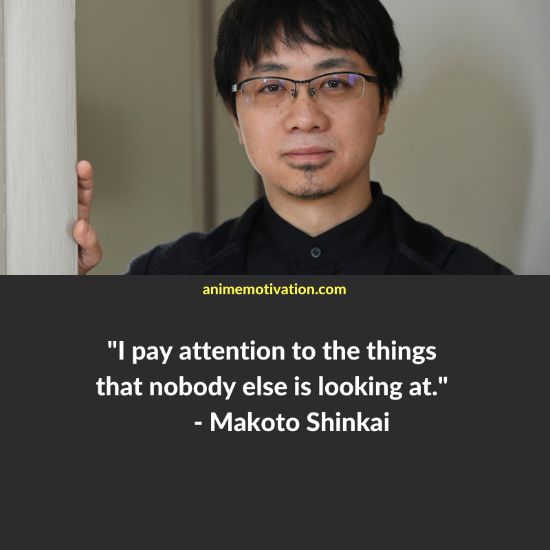 “I pay attention to the things that nobody else is looking at.” – Makoto Shinkai 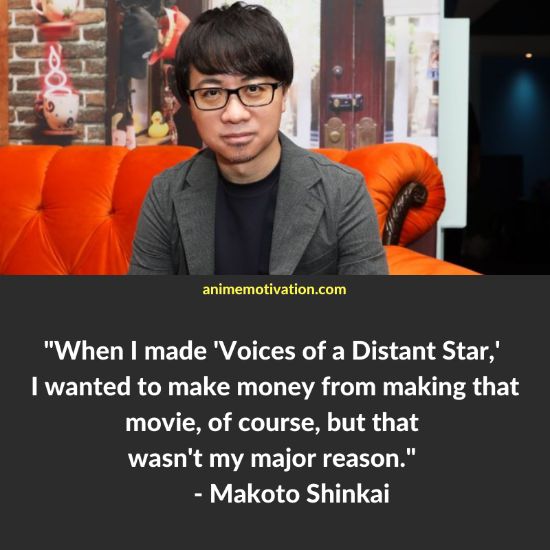 “When I made ‘Voices of a Distant Star,’ I wanted to make money from making that movie, of course, but that wasn’t my major reason.” – Makoto Shinkai 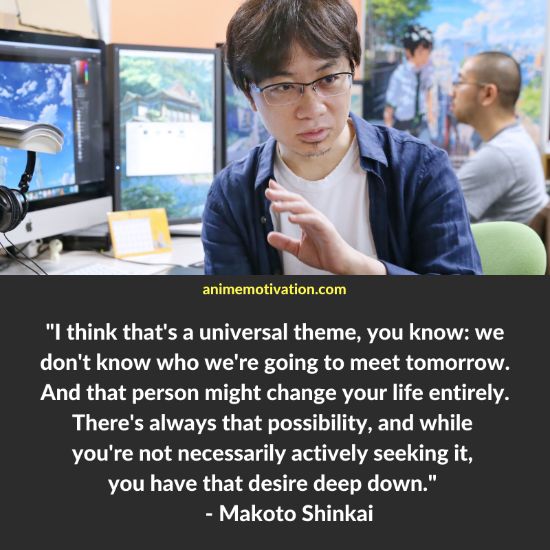 “I think that’s a universal theme, you know: we don’t know who we’re going to meet tomorrow. And that person might change your life entirely. There’s always that possibility, and while you’re not necessarily actively seeking it, you have that desire deep down.” – Makoto Shinkai 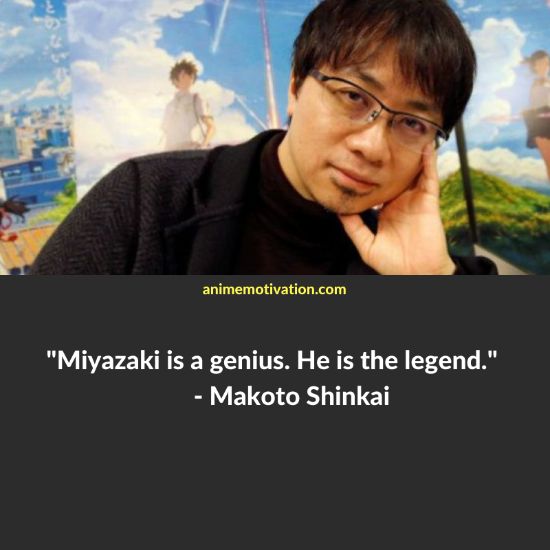 “Miyazaki is a genius. He is the legend.” – Makoto Shinkai 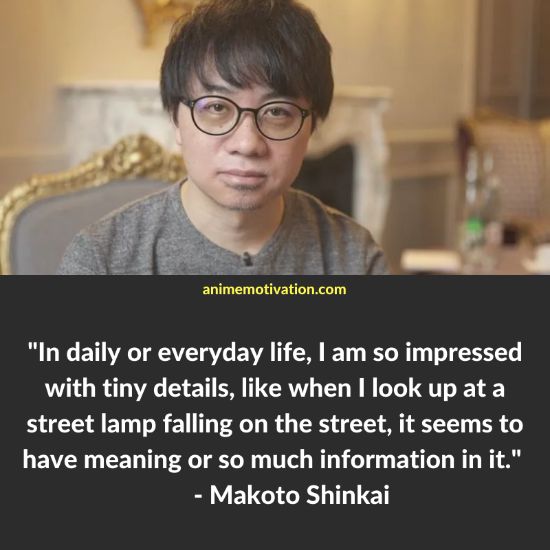 “In daily or everyday life, I am so impressed with tiny details, like when I look up at a street lamp falling on the street, it seems to have meaning or so much information in it.” – Makoto Shinkai 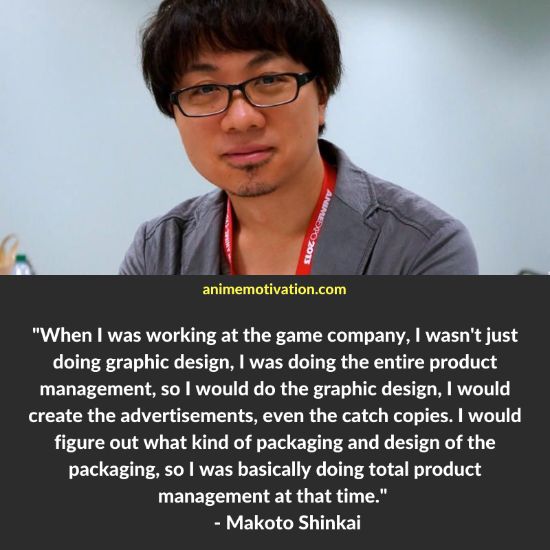 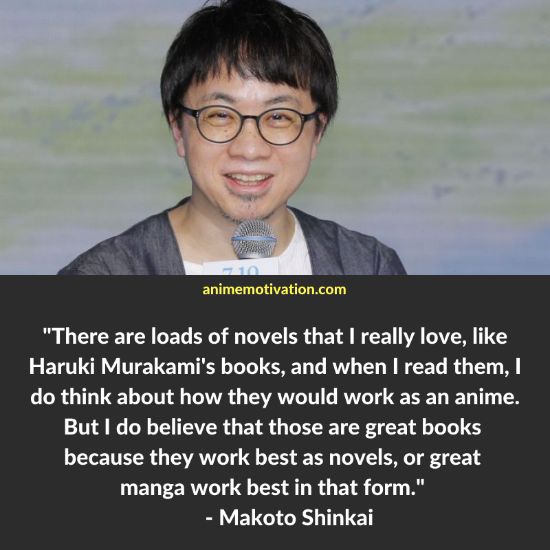 “There are loads of novels that I really love, like Haruki Murakami’s books, and when I read them, I do think about how they would work as an . But I do believe that those are great books because they work best as novels, or great work best in that form.” – Makoto Shinkai 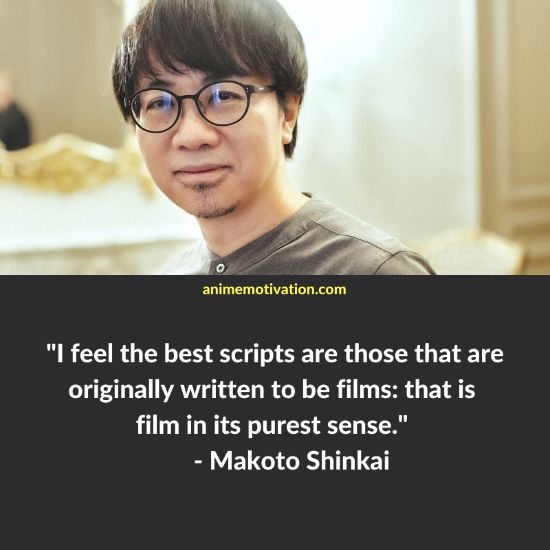 “I feel the best scripts are those that are originally written to be films: that is film in its purest sense.” – Makoto Shinkai 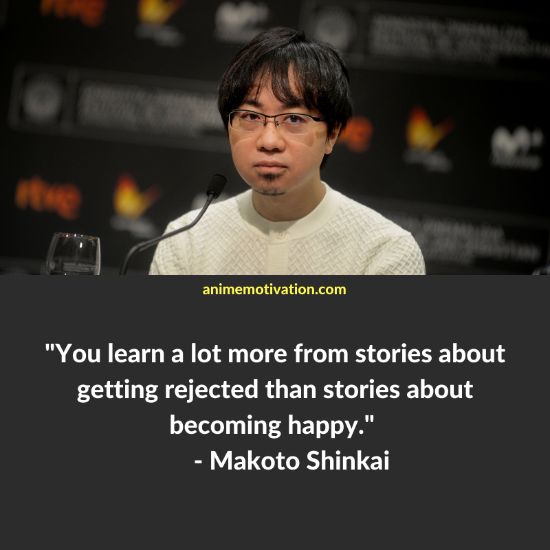 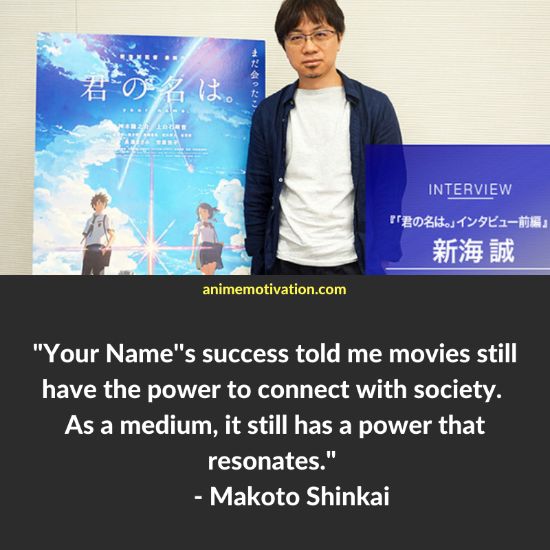 “‘Your Name”s success told me movies still have the power to connect with society. As a medium, it still has a power that resonates.” – Makoto Shinkai 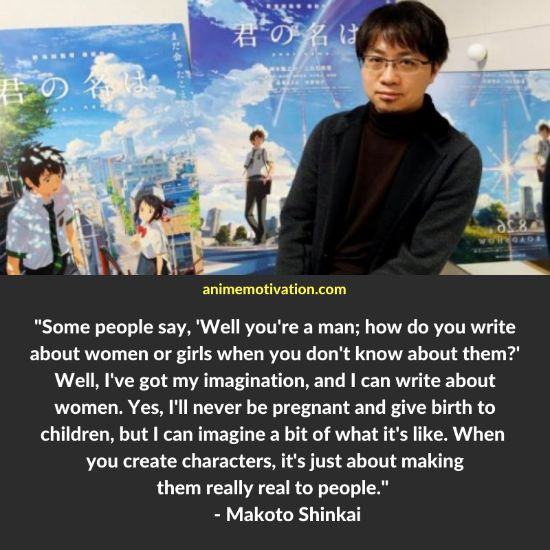 “Some people say, ‘Well you’re a man; how do you write about women or girls when you don’t know about them?’ Well, I’ve got my imagination, and I can write about women. Yes, I’ll never be pregnant and give birth to children, but I can imagine a bit of what it’s like. When you create characters, it’s just about making them really real to people.” – Makoto Shinkai 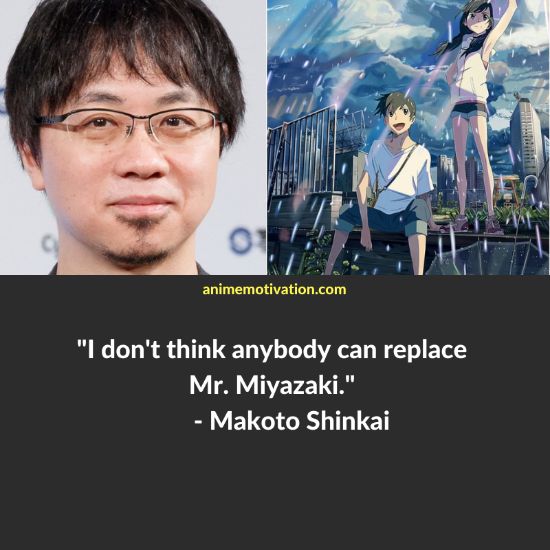 “I don’t think anybody can replace Mr. Miyazaki.” – Makoto Shinkai 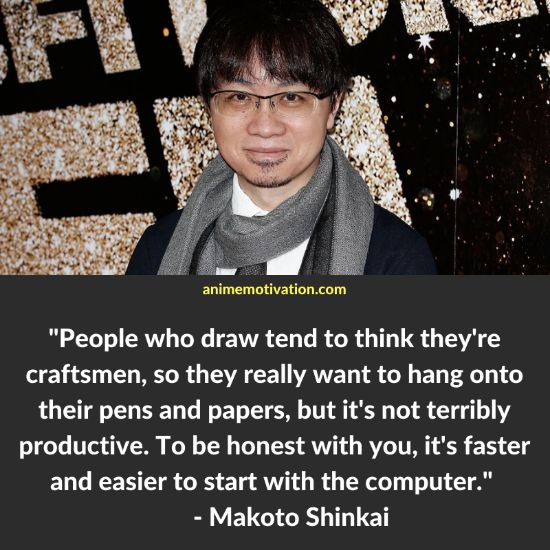 “People who draw tend to think they’re craftsmen, so they really want to hang onto their pens and papers, but it’s not terribly productive. To be honest with you, it’s faster and easier to start with the computer.” – Makoto Shinkai 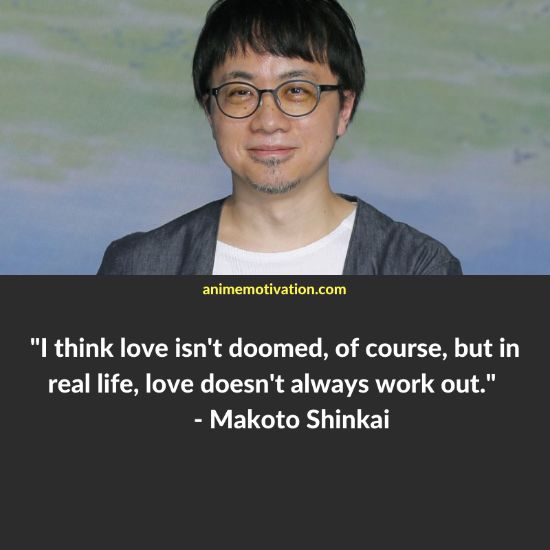 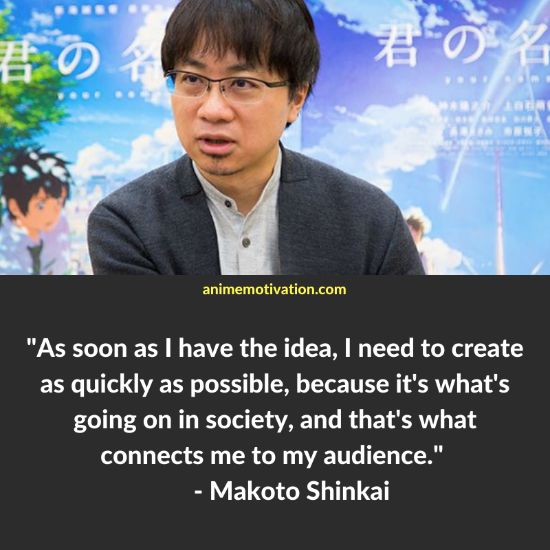 “As soon as I have the idea, I need to create as quickly as possible, because it’s what’s going on in society, and that’s what connects me to my audience.” – Makoto Shinkai

“When I was young as a teenager, that was the biggest mystery in the world to me: Why don’t people connect?” – Makoto Shinkai

“When we were doing ‘Five Centimeters Per Second,’ at that time, Japan was in an era when it felt nothing would ever change, so I wanted to make a movie that reflected that feeling.” – Makoto Shinkai

“When you’re a teenager, there are more things you don’t know than you know, and more people that you haven’t met than you have met. I felt that way when I was a teenager, and I think maybe, with my films, I’m targeting grown-ups who remember that feeling.” – Makoto Shinkai

“I am from the countryside, very rural countryside, and I moved to Tokyo when I was 18 and have been living first-ever since. So yes, I am a city guy, but sometimes I sort of feel there’s another me in a parallel world, still in the countryside.” – Makoto Shinkai