With less than a dozen of to his name, Makoto Shinkai has become one of the loudest voices in the industry.

And few fans are unaware of who he is, what he’s created, and the popularity of his .

But Are Makoto Shinkai’s GOOD? 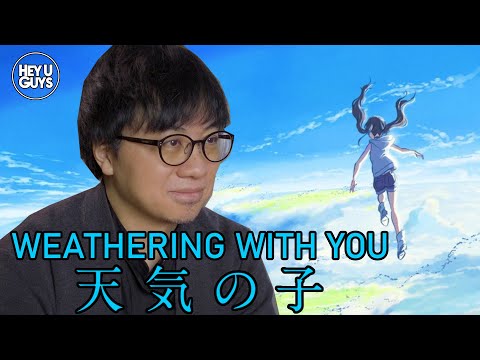 fans seem to think so. But that’s only on the surface.

Below the surface some people don’t agree with the hype and think some are overrated.

Having watched more than just Makoto Shinkai’s popular , I see there’s more to it than that.

How I feel about Makoto Shinkai : 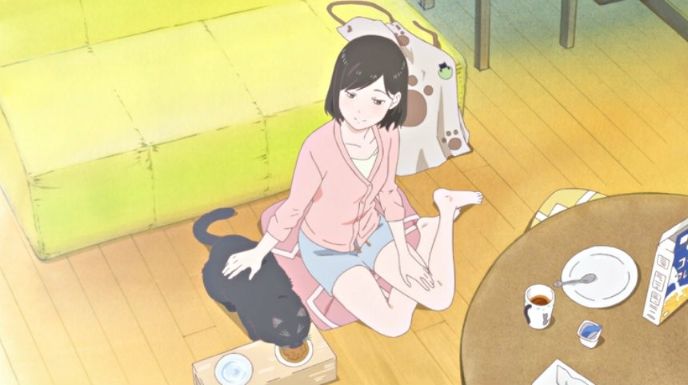 She And Her Cat is an movie I love by Makoto Shinkai.

It’s clearly different from all his other as well.

The tells the story from the cats point of view, and tries to interpret how Daru-Chan (the cat) see’s the world around him. And how he views his owner and the humans around him.

It’s creative, comical at times, and refreshing because it’s not something you usually see. 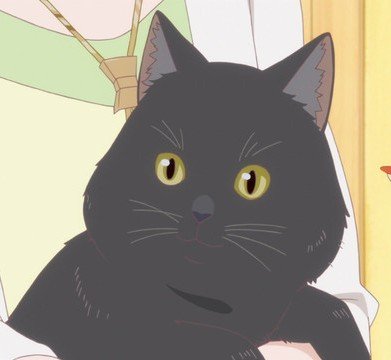 From the role of observer, Daru is watching everything unfold.

From Miyu’s sadness, and how he feels about it, to Miyu’s relationship with her mother when they’re talking with each other.

Daru notices when they’re sad or angry, and when Miyu and her mother are “back to normal” and other things.

It’s only 4 episodes long and it’s a good length considering if this went on too long it could get boring. But overall it’s a movie I’m glad I watched. 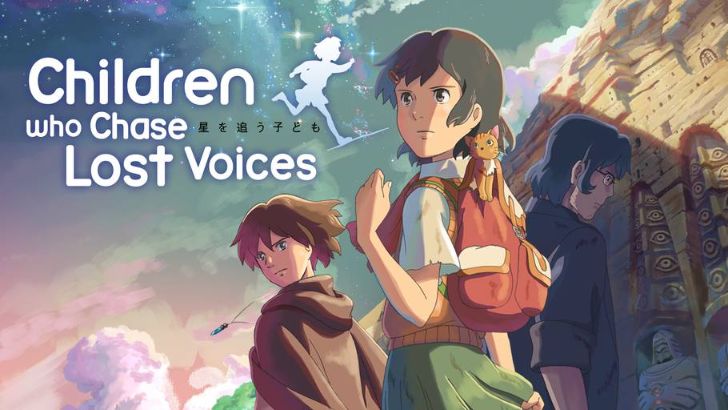 Children who chase lost voices is a decent movie. Not the greatest, but it’s decent and I’m glad I watched it.

The way this movie starts is Asuna wakes up on a train track and starts running down it until she reaches her house.

I thought this was strange but I overlooked it.

As the makes progress you start to see some unexpected action, strange creatures and more which gets explained down the line.

The ending of this movie and the purpose of one of the characters is connected, and in the end it’s a decent movie.

She And Her Cat was the best one for me though. 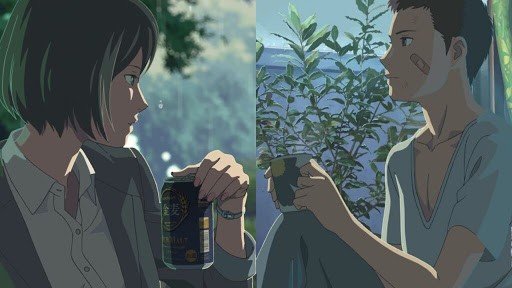 That’s right, The Garden Of Words!

This is an anime that’s rated 8/10 on MAL. A decent rating overall. And a lot of fans enjoyed it.

But to me this fits the “bad” category of Makoto Shinkai’s for a lot of reasons.

But before I say that I have to say this…. 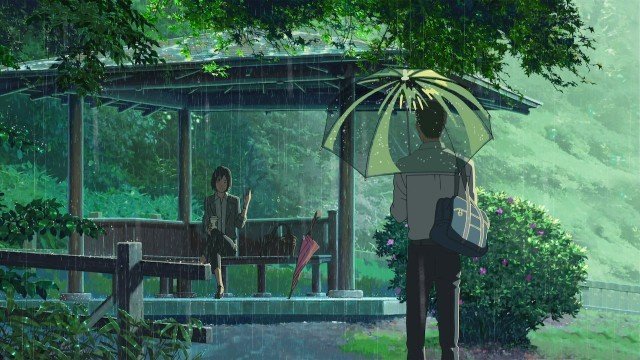 The Garden Of Words is a BEAUTIFUL movie. It’s absolutely gorgeous in the design department.

The characters are stunning, the shading is stunning, the trees, bushes, leaves, rain, and the scenery in general is out of this world.

No movie (or series) can compete with the high standard it sets as far as visuals.

It’s the one element that draws you into The Garden Of Words. 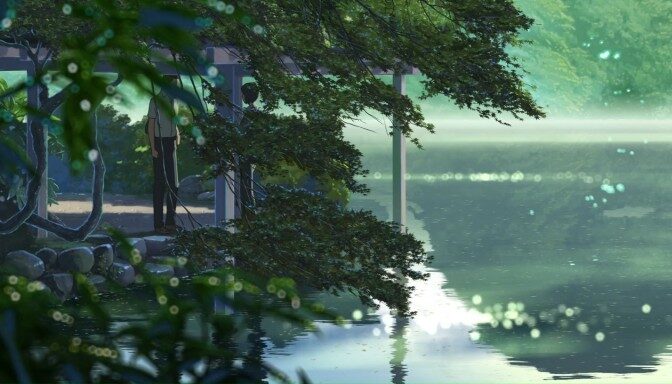 But that’s the reason why this 44-45 minute movie is such a bad movie.

When you stop nutting over the visuals and take away the gorgeous animation, the has nothing left to give.

The characters themselves are:

I don’t even remember the characters names from this movie. A movie said to be one of Makoto Shinkai’s BEST works.

That’s always a bad sign when you don’t remember the characters names. It means they’re disinteresting.

The Garden Of Words spent so much time on its visuals that those same visuals overshadow the characters personalities, depth, purpose, likability and so much more.

Or in other words – The Garden Of Words is a shallow movie that only excels in the “looks” department. 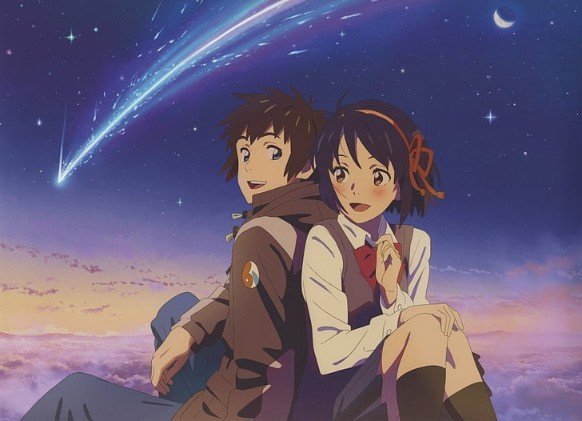 Yep, Your Name (Kimi No Na Wa) fits the “ugly” list of how I feel about it. In relation to Makoto Shinkai’s overall.

Maybe you can blame the HYPE for this movie more than anything else.

fans told me this was one of the greatest to step foot in the industry. They treated it like royalty and anything less was blasphemy.

So I went in with high expectations and this is what happened….

The movie starts off and you get scenes like this.

Eventually you see the main characters and they start having their “out of body” experiences. Similar to what Kokoro Connect did back in 2012.

The romantic theme here is it gets to a point where they’re unable to recall each others names. Which complicates their relationship.

This creates distance, frustration, sadness…. These are some of the feelings the movie is getting across to the viewer.

Imagine being in a long distance relationship and experiencing these things? That’s part of the ‘s message. 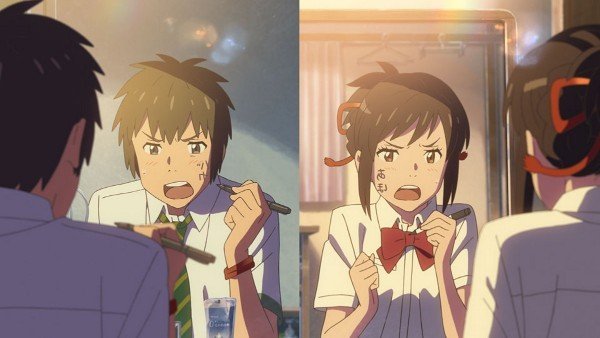 And yet just like The Garden Of Words, Your Name eventually falls flat on its face.

Unlike The Garden Of Words – Kimi No Na Wa is a longer movie. And it has a better theme in comparison.

But the relationship both share is the lack of connection I felt for the characters.

It wasn’t portrayed in the best way it could have been.

There’s also the visuals. The visuals in this movie are absolutely stunning. But again, the visuals outdo the content of the movie and the characters who represent it. 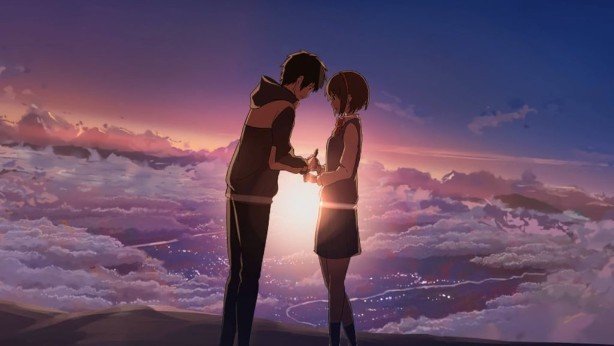 The nail in the coffin for me was the LAST parts of the movie. And how they both reconnect.

It feels more like a cliche that’s out of reach and unrelatable, than it does a down to earth romantic ending with strong emotional appeal.

like Clannad blow Your Name out the water for its emotional appeal and relatability.

I feel like Kimi No Na Wa is overrated in this area, and it wasn’t able to deliver the goods within the time it had. 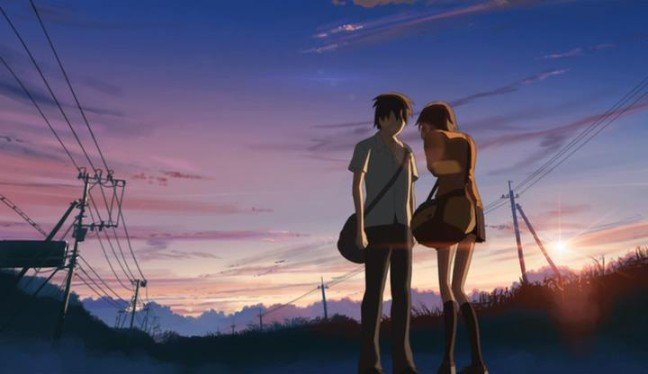 5 Centimeters per second is another movie I have a problem with. And feel is overrated.

Similar to Your Name, I was told the best things about this movie.

My expectations went through the ceiling and ending up hitting the moon!

I put my disappointment down to the hype not being met more than anything else. 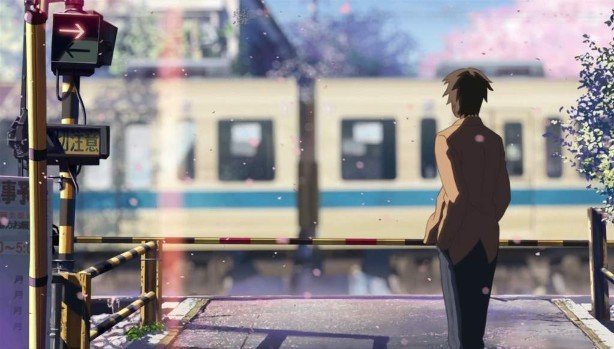 The movie falls for the same mistake as Your Name.

initially you feel like the is gonna be emotional and you’ll build a connection with the characters.

But in the end the portrayal of this is anything but good.

5 Centimeters Per Second relies too much on trying to be “deep” and philosophical in certain parts of the movie and its dialogue.

This intention seems to backfire and the portrayal of the romance and characters ends up worse than mediocre. 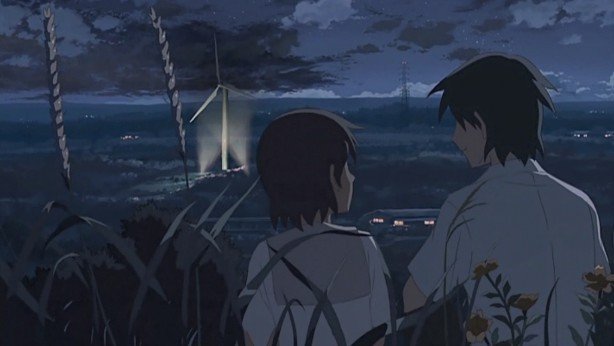 I can understand the long distance relationship vibes, and the fact that they’re childhood friends who can’t seem to work it out.

But compared to a normal romance , I feel they weren’t able to do it justice within the timeframe the movie had.

It’s much easier to do it with an series given that it’s longer, and harder with a movie.

5 Centimeters Per Second to me is an example of why. 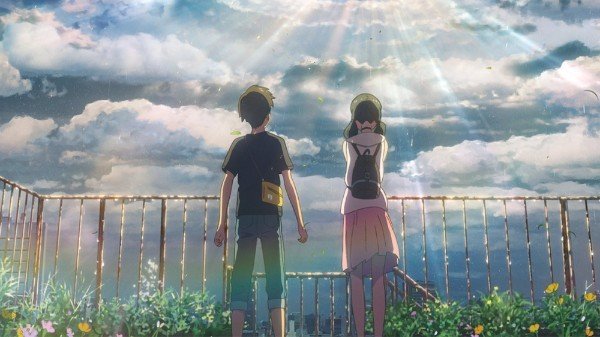 That’s how I feel about Makoto Shinkai’s .

I didn’t mention Weathering With You because it’s such a duplicate (especially the designs) of Your Name.

I don’t think Weathering With You is anything special, especially not creatively speaking.

I’m not the target audience for shows like Your Name but that shouldn’t matter. I wasn’t for Clannad or A Silent Voice but I loved those.

Makoto Shinkai is a respected animator and a legend in the industry. But I’m not a big fan of his mainstream .

I feel like “She And Her Cat” is one of his best and it’s the one I like the most.