anime is almost comparable to Shounen for its insane popularity, and how big the trend is in 2020 and beyond.

You could even call the “new” Shounen.

The definition of Isekai is “different world”, and the genre started well before the 2000’s. Though it’s not actually an official genre like Shounen or Romance. 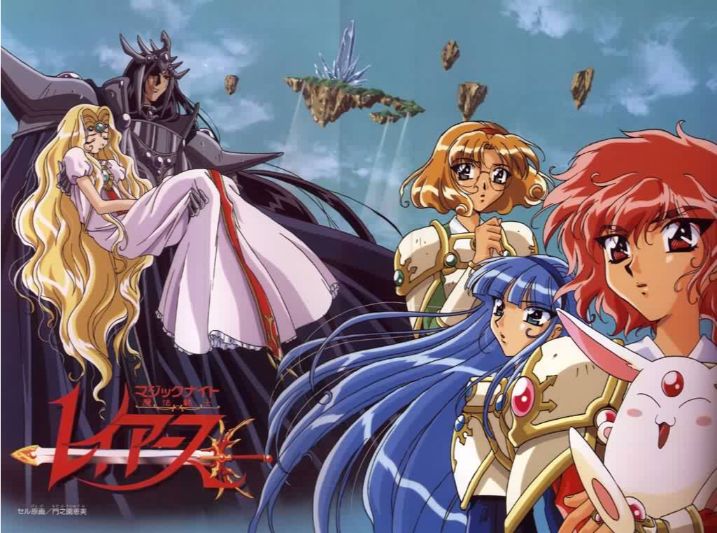 There aren’t too many you can point to, but Magic Knight Rayearth is one of the oldest Isekai out there.

This started in the early 1990’s and didn’t get as much coverage as titles like . But however you wanna look at it – it’s the inspiration behind modern .

3 girls are transported to another world from Tokyo Tower, and turned into magic knights.

Their mission is to restore the world of Cephiro and help master mage clef who’s in danger.

Nobody cared about in the 1990s though because we all kissed up to Shounen more than anything else.

That’s the genre that dominated at the time. 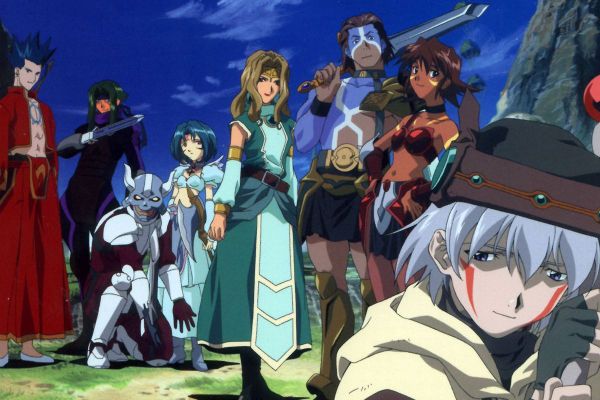 Even to this day it’s a respected for what it brought to the table in terms of innovating, and delivering something fresh had never done before. 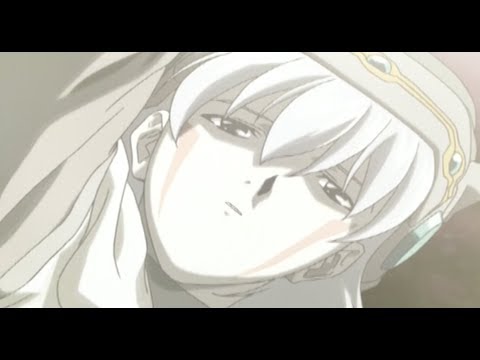 While it’s true the relatively small fan base of this LOVE it, that wasn’t enough to “shoot” the to mainstream success.

I can’t comment on the quality of Hack//Sign compared to modern Isekai, but I put its “failure” down to its timing.

still wasn’t popular in the early or even mid 2000’s because nobody gave a sh*t.

types of were considered “unique” but nothing that got anyone hype enough to push it to the mainstream.

Timing played an important role here. It’s the #1 reason for not “catching” on in that decade.

It wasn’t ‘s time to shine.

Related: 6 Of The Most Popular Genres In The Anime Industry 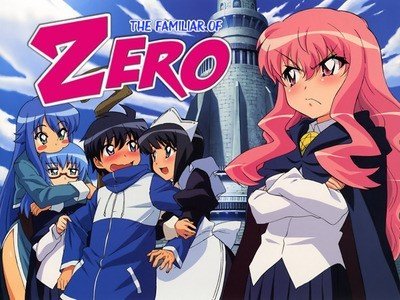 This anime aired from 2006, a harem, romance fantasy where the male character is summoned to another world. And essentially becomes a man-slave for Louise de la Vallière (a princess).

This had better success than Hack//Sign. You could even call it “mainstream”, even in 2020.

But it still wasn’t enough to make “Isekai” trendy 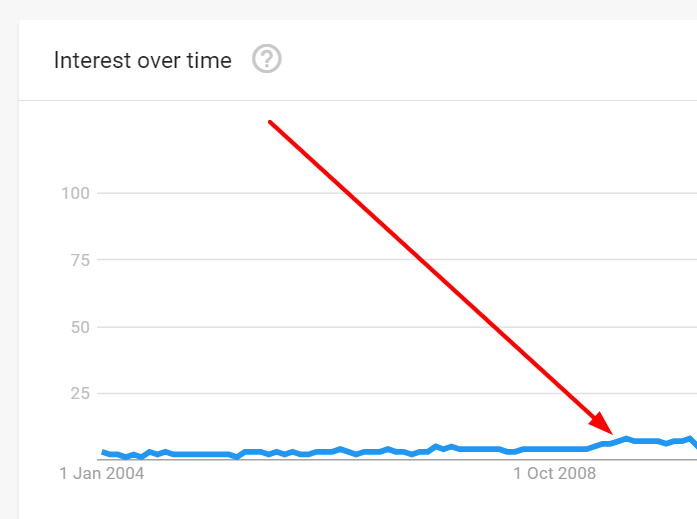 Nobody cared enough because it didn’t have enough appeal. And hadn’t reached “that point” yet as far as acceptance. 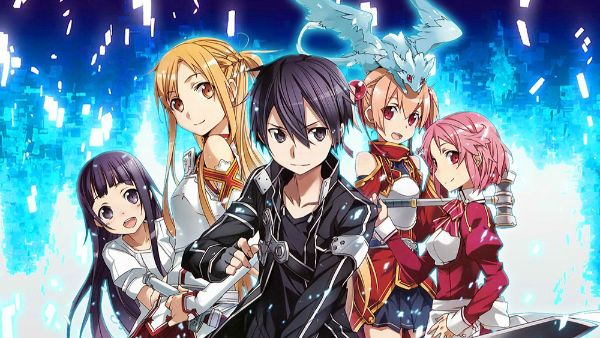 And before the trolls claim isn’t an , let’s get this sh*t straight before moving on.

Here’s an accurate snippet from Wikipedia:

“The .hack franchise (2002 debut) was one of the first to present the concept of Sword Art Online (also 2002 debut) following in its footsteps.”

Nobody wants to admit it because they love bashing Sword Art Online. But feelings aside – is the reason became trendy.

Ever since the release of this massive , which piracy probably helped succeed, the genre exploded and hasn’t slowed down since. When you pay attention to the line and the red arrow – this is the point when Sword Art Online released.

Not long after this event – you can see the insane growth of the term “Isekai” according to Google.

The steep upward trend ever since is undeniable and it’s all thanks to . The  everyone loves to hate.

How played an important role 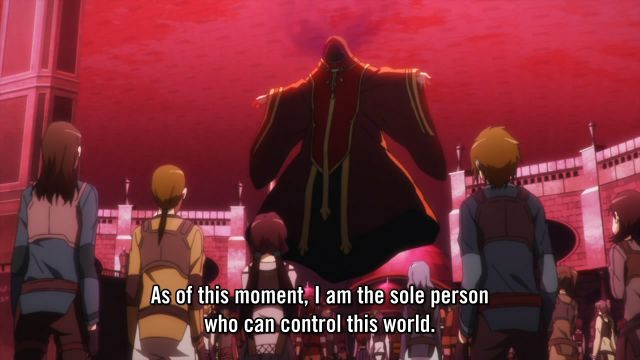 The HYPE for this (and ) started with the first episode of .

The dark atmosphere, the cold concept of “dying” in real life if you die within a game, and the dangers of that… These are the few elements that pushed into the mainstream.

In fact – it’s the reason it went beyond the mainstream and is now synonymous with Isekai. 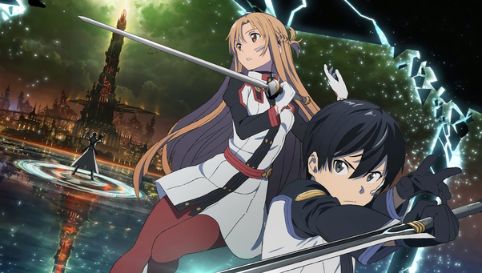 Plus video and a continuation of successful light novels that dominate the charts.

Ordinal Scale surpassed Your Name for the success it managed to pull off.

All 7 of these are successful in their own ways. Each with their own loyal fan base.

Re:Zero, Konosuba and No Game No Life are the most popular of all 7 series (in general).

Once set the stage for the train, all of these have continued to push the trend forward. And the train won’t be stopping anytime soon. 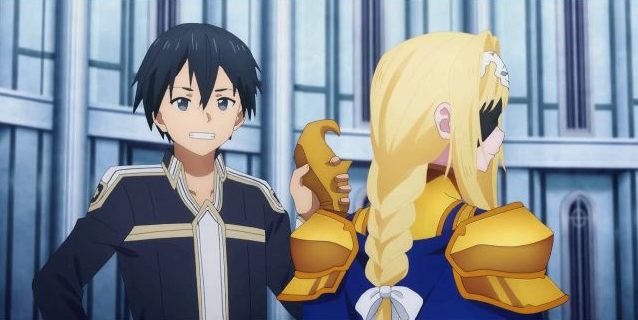 Unsurprisingly – is still the most successful to this day, statistically. And it makes sense.

But as far as where the trend will lead to next in 2020 and beyond, who knows.

The popularity is there, so it’s only a matter of time until we see a “new” blow up to keep the trend moving forward.