characters who are entrepreneurs, or business minded isn’t a thing many talk about in the community.

It’s a best kept secret type of thing, and besides – the average doesn’t focus on this. And very few focus on business exclusively.

And basically anyone who fits the bill for business and entrepreneurship.

Let’s get to it then. 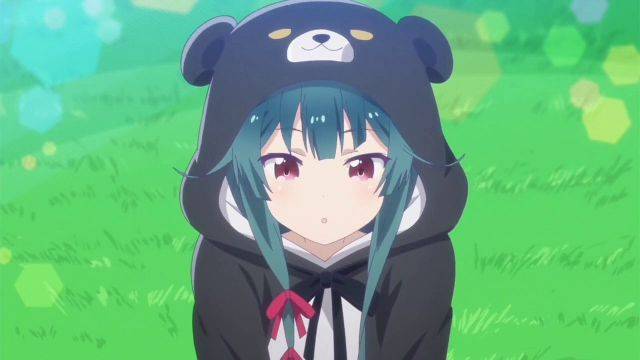 Yuna from Kuma Kuma Kuma Bear, an series, is the last character you’d expect on this list.

Many won’t even know her name or the she comes from.

Yuna uses a similar technology to , the full dive gear they use to play VR games. She ends up being stuck in the game and it becomes a part of her life.

She helps build things, run and maintain businesses, and is sharp when it comes to business in general.

Even before she ends up “trapped” in this world, Yuna is a stock investor who’s earned BILLIONS of yen.

Some of this money goes into her gaming lifestyle and all the VR stuff.

Relevant: 8 Of The Greatest Anime Like Kuma Kuma Kuma Bear! 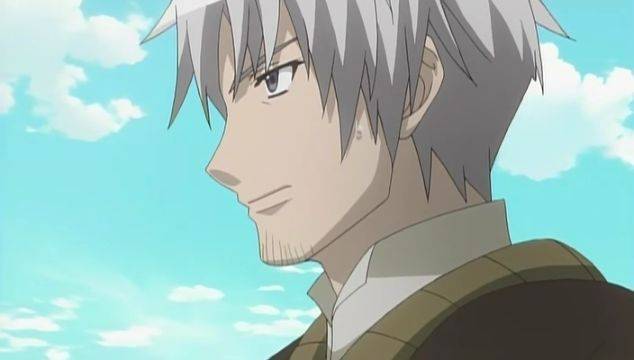 Kraft Lawrence is a traveling merchant in the Spice And Wolf series. He travels with Holo The Wise Wolf, a deity who appears younger than she is.

She brings knowledge, wisdom, and intuition to the table. While Kraft Lawrence brings business expertise and experience with making money.

Stocks, shares, and economics are some of the things this can teach you. And Kraft Lawrence is good at what he does. 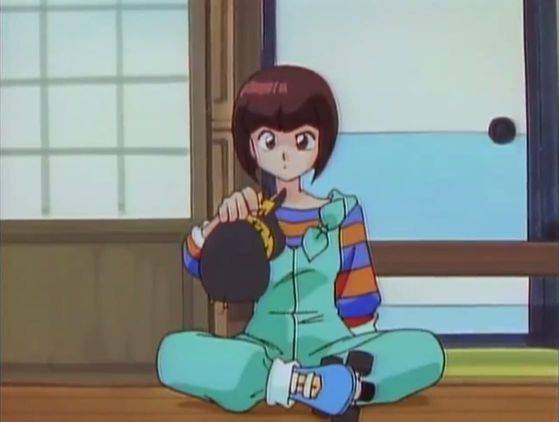 Nabiki Tendo, one of my favorites of the 3 sisters in Ranma, has a talent and an inclination for business and entrepreneurship.

It’s as if she’s always trying to find ways to make money and capitalize on as many opportunities as she can.

She’s crafty, attentive, and her minds always ticking away at ideas. She’s the sneakiest of all the 3 sisters, but easily the most business minded.

It’s her love for money that makes her this way at the age she is.

Selling photographs, online prints, or even using others as leverage are some ways she’s gone about making income.

Relevant: How To Make Money From An Anime Blog (Or Website) And Turn It Into A Business 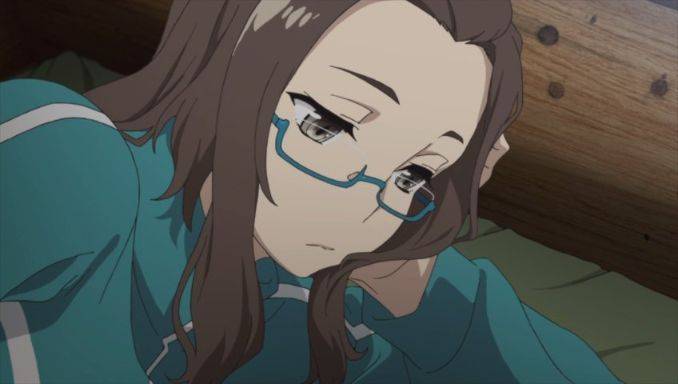 Sanae Kouzuki is the main businesswoman in the Sakura Quest series. This is shown early, maybe the first 5 episodes.

She works from home and makes money online, to the point of not going outside for around 2+ weeks at a time.

Once she becomes part of the travel and tourism board, she cleans herself up a bit and uses her skills to make a website and bring awareness to the business.

She’s smart, sophisticated, has a professional dress sense, and enjoys living in the rural countryside since she works for herself. 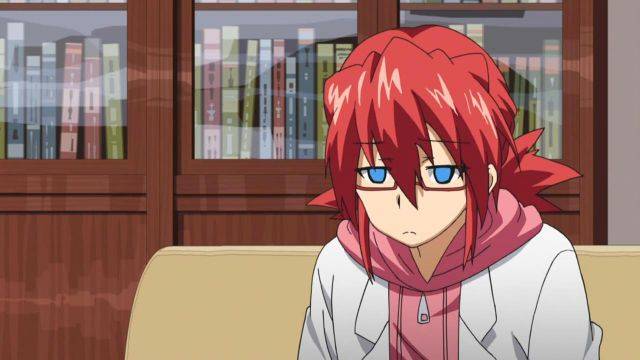 Junichirou Kagami, the main character of this Otaku series, is obsessed with , figurines, and video games.

He’s a typical sounding Otaku who you assume does nothing other than what he enjoys (hobbies). His motto is YD, meaning he’s not into things he doesn’t “yearn to do”.

The fact is though he runs a popular blog through his laptop and makes money from it.

He has business skills and the mindset, as long as it’s something he genuinely cares about doing.

In that way I can relate. I’d rather run and start businesses I have an interest in, instead of for the sake of it. 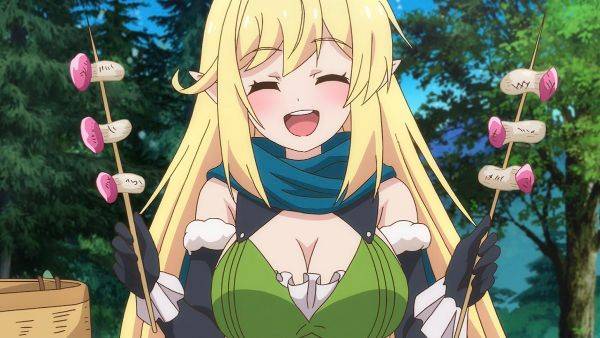 Halkara is a sexy female character from 2021’s slime series. She appears to be a “dumb blonde” if you were to stereotype, and is absent minded and air-headed.

That said, one thing she excels in is business.

Like a true businessman or woman, she connects random ideas to ways she can improve her business.

Even if the conversation is unrelated.

She’s an inventor on top of being a businesswoman, owns her own factory, and sells tonic’s (medicines basically). 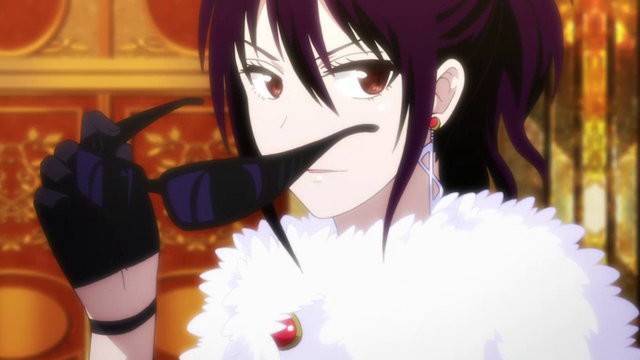 Hana is the mother of the main female character: Chitoge Kirisaki. She’s a bit of a savage and she makes that clear when she first meets Chitoge’s BF.

She’s in the business of finances, and it’s on a global scale as a consultant.

Being the businesswoman she is, and being from a family connected to gangsters, Hana is all about her business. And she doesn’t take sh*t lying down.

She’s still feminine and not necessarily aggressive, and knows how to dress for the occasion. And she has an aura about her that gives off a sense of respect. 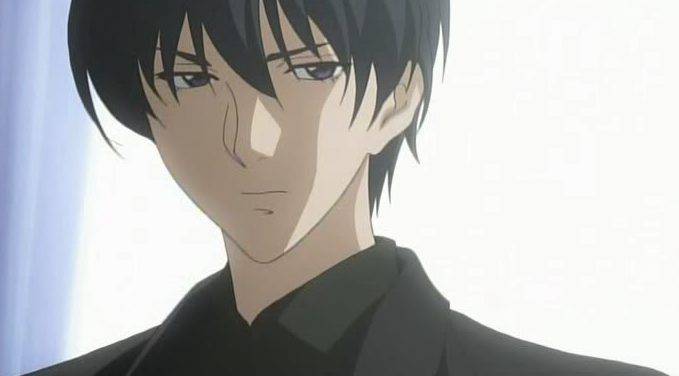 Kazuya Shibuya is the owner of Shibuya Psychic Research. It’s a company dedicated to ghost hunting and investigating paranormal activities.

He hires an assistant, Mai Taniyama, who’s also the other MC of this series.

Shibuya’s a lot more arrogant than pretty much any character on this list. But he is meticulous about his work, doesn’t slack off, and works harder than anyone.

Efficiency is the word I’d use for his personality. And even aloof and seemingly cold.

Related: If You Want To See Anime Characters With Black Hair, Here Are 34 Of The BEST 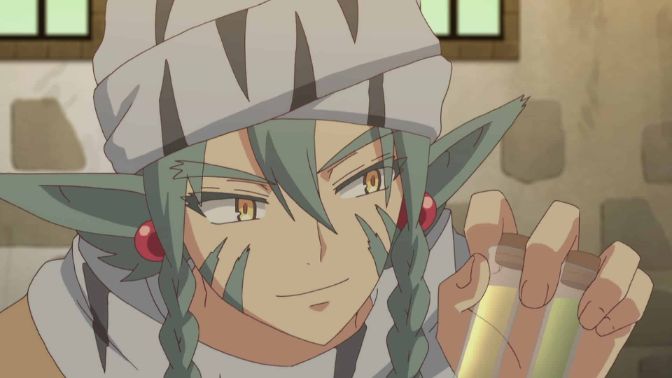 Karman is a character who shows up in the 2nd half of Redo Of Healer, pretty much.

He has no involvement with the main plot of vengeance.

He’s a shop owner in Branicca, and knows how to hustle. Out of respect, if a customer knows their stuff, he’ll give them a good deal to maintain a business relationships.

If it wasn’t for the B.S that went down in this , he would have gone on to do BIG things in the world of business.

He clearly has a knack for it and has a sharp eye. 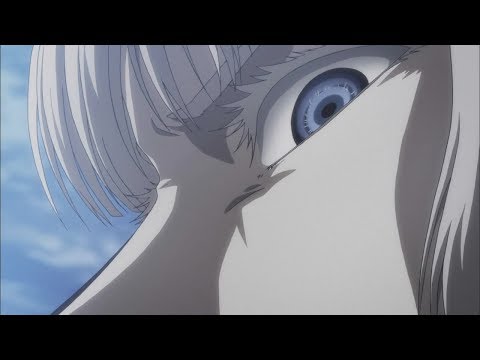 Koko Hekmatyar is one of the older business owners on this list. She’s an arms dealer, not the most prestigious business out there.

She’s aware of that, and doesn’t care either. She grew up into this lifestyle. That’s just how it was.

As a millionaire in the arms dealing business, she has a lot of enemies, and travels the world with a gang of bodyguards.

Her fun, easy going personality, and ability to stay calm in chaotic situations makes her an interesting character to get invested in.

11. Myne (Ascendance Of A Bookworm) 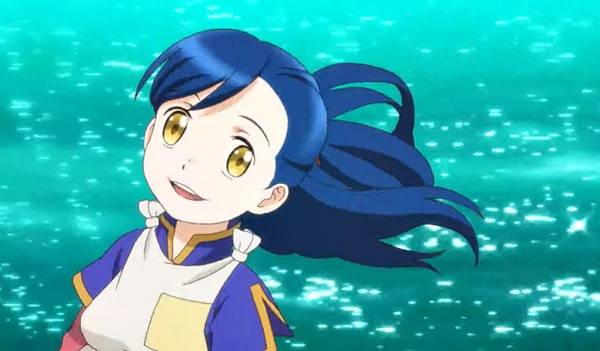 Myne is a book lover, or a “bookworm” to be exact.

After working in her dream job as a librarian, and ironically being killed by an avalanche of books during an earthquake, she’s reborn in another world.

Her goal in this world, now as a 6-8 year old child, is to indulge in her passion of books. So she finds ways to make money and invent products.

Starting off poor doesn’t hold her back and she soon is making products that are new to the timeline she’s in.

Eventually she finds a business partner to take things further.

12. Reiji Kirio (Drugstore In Another World) 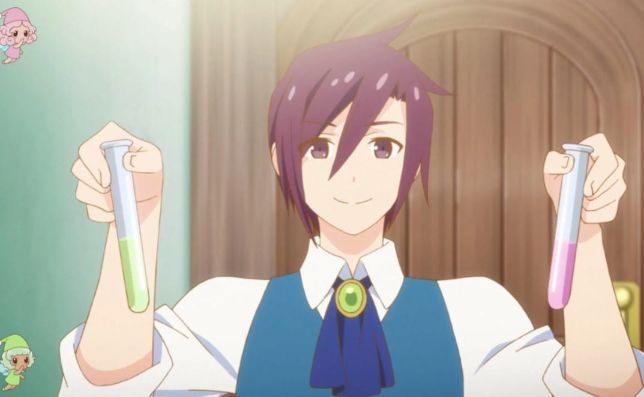 Kirio from Drugstore In Another World is a pharmacist. It’s unclear what his past life was, but he seems to have a knack for business in general.

He’s also able to make potions in this new world (it’s an ) which he sells to customers with different needs.

His personality is similar to Kazuma from Konosuba, except he’s not a pervert but is level headed and can’t be swayed by nonsensical arguments. 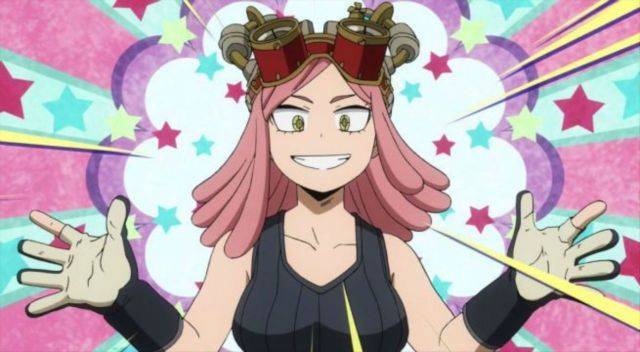 She’s shameless in her self promotion, and doesn’t care about how she looks when trying to sell her products and inventions.

She’s like a proud salesman who believes in her product and isn’t easily swayed by criticism. In that sense that speaks to her creative side, which welcomes criticism in order to improve,

Mei doesn’t get as much shine as other female characters, but she’s a memorable and useful character in the franchise. 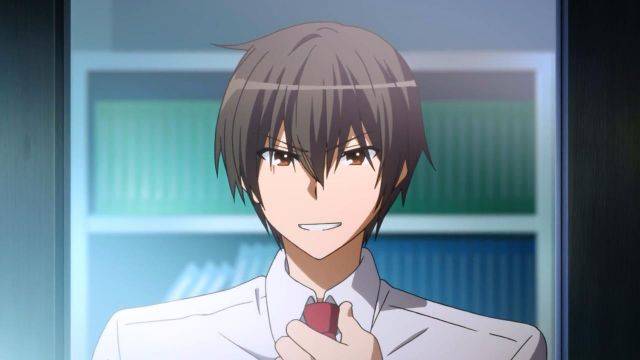 Kanie is the character (MC) who’s recruited by Isuzu Sento, the female MC of the series.

Of course, Kanie is FORCED against his will to become part of a failing theme park business they hope to make profitable again.

Isuzu puts a gun to his face, and that’s how it all unfolds.

Extremes aside, Kanie turns out to be a practical guy with a good business head on his shoulders.

With the help of his logical approach and practicality, things seem more hopeful for the business than they were in the beginning. 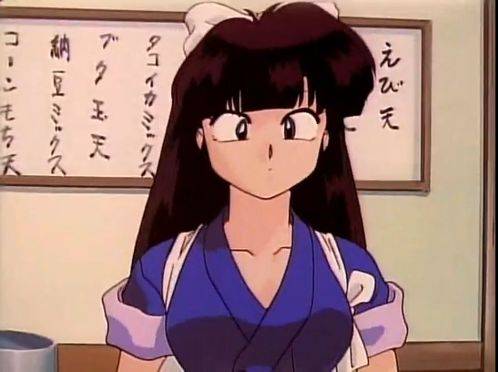 Ukyo Kuonji is a character that shows up a little down the line in this 100+ episode slice of life series. An old school at that.

She’s a young businesswoman who runs her own shop and serves Okinomiyaki, a dish from Okinawa originally.

Out of habit, she carries around a spatula, the same one she usually uses when it’s time to rake in some dough.

With dedication and hard work, it’s clear she has the mindset and potential to become a successful businesswoman.

16. Benno (Ascendance Of A Bookworm) 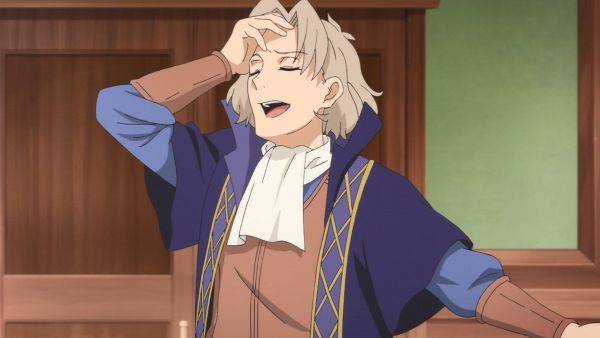 Benno is the side character in this series, but a relevant and memorable one the main characters rely on.

He’s a seasoned businessman and loves to play the game of business. The process, the creation, the building aspect, and of course – the money.

Benno loves it and gets excited at the sight of new opportunities, like when he first runs into Myne and they partner together.

I relate in that way. The “game” of business and the process is a type of pleasure in itself.