Ara Ara  characters are usually girls, and it’s a common meme in the community.

The translation for Ara Ara basically means “oh my” or “my, my” in English. And it’s something seen in all types of .

Usually in the genres of:

Or sometimes action, Shonen, adventure, or with fan service.

Also, “Ara Ara” is more about the type of character, their design, mannerisms, or even personality at times. 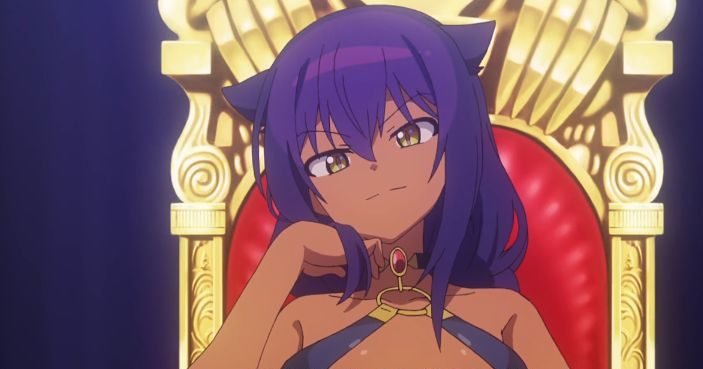 Jahy Is a new girl on the rise. She’s the 2nd in command in the dark realm, and is a demon lord.

She’s feared, respected, and few will dare to mess with her. In this form, the “Ara Ara” element is loud and clear.

In the ‘s main plot though she loses some of her powers after a magical girl destroys her world.

It’s this aspect of the that makes it similar to The Devil Is A Part Timer, except the main character is female and a demon lord.

Related: 7+ Anime Shows Like The Great Jahy Sama Will Not Be Defeated! 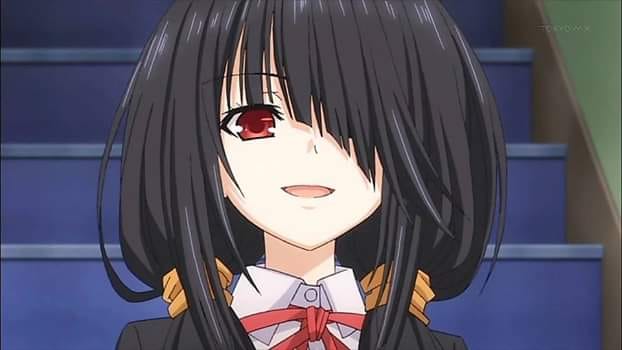 Kurumi Tokisaki is a classic Yandere, and one of the communities favorities without question.

She’s a nut job but has attractive qualities, one of them being her beauty and sense of style.

Her ability is the power to freeze time with the use of one of her gun. Or I should say, it freezes the time of the person it targets.

Not all characters with the “Ara Ara” elements are Yandere, in fact very few. But Kurumi fits the bill and is a common character in the Date A Live series. 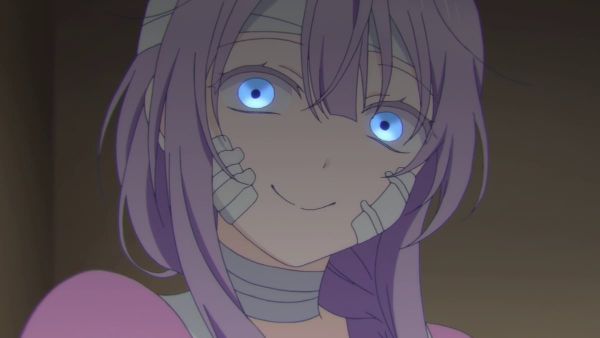 Happy Sugar Life is a horror series. It’s disturbed in more ways than the average in its genre.

There’s a sense of pedophilia from the main female MC, masochism, murder, and other dark themes.

Satou’s aunt is one of the disturbed characters that makes the shine despite not being a main character. She has a twisted sense of love and what it means.

Her brazen, laid back and nonchalant personality only adds to the “creep” factor she gives off. Even though she’s somewhat attractive. 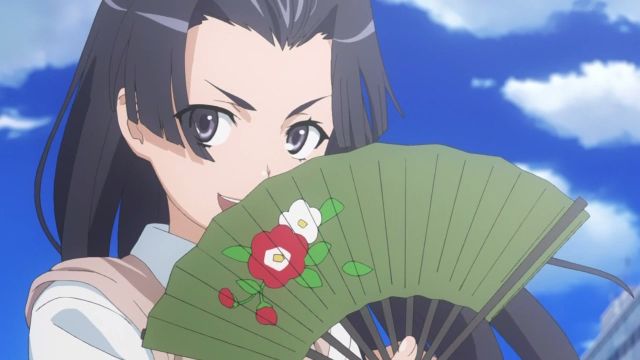 Mitsuko Kongou is a confident young girl from a wealthy family. That’s the norm in Railgun’s Tokiwadai Middle School.

It’s a prestigious school for Espers with a lot of potential in their abilities.

The good thing about Kongou is her character development and how she evolves as the series progresses.

She’s a balanced character despite her smug attitude at times. 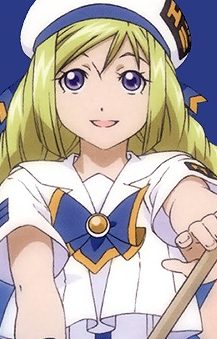 Alicia Florence is a character that goes unnoticed in 2021. Aria The Animation is one of the calmest, most chilled and heartwarming slice of life shows.

It’s about a planet called Aqua, with aesthetics and designs inspired by Venice in Italy.

Alicia is the “big sister” of the group. The Senpai everyone looks up to, and respects to the highest level.

She has a bad habit of saying “my, my” which annoys one character in particular. 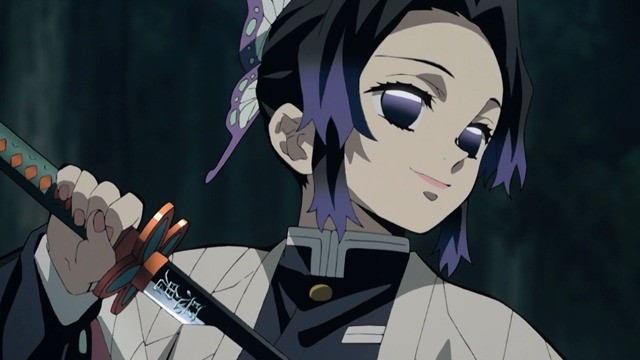 Shinobu’s personality, especially when first introduced, reeks of the Ara Ara cliche. It’s as clear as night and day.

In general Shinobu is a mysterious character. She’s aloof in some ways, not easy to understand, and appears as if something is being hidden.

There’s depth hiding behind her smile and outward persona. But one thing about Shinobu fans agree with is how graceful and gorgeous she is.

Her design stands out as a female character in the world of Shonen. 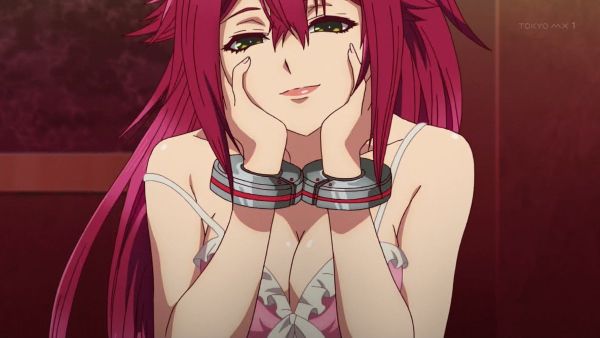 Rin Kashi is another new-ish character on the scene. She’s the typical older woman type of character who’s gorgeous, seemingly nice, but has a darker side.

The  Battle Game In 5 Seconds is the underrated series of summer 2021.

This action/survival series has thought put into it, unique, situational abilities in place, and a clever plot with a lot of effort behind it.

8. Benio Yonomori (Engaged To The Unidentified) 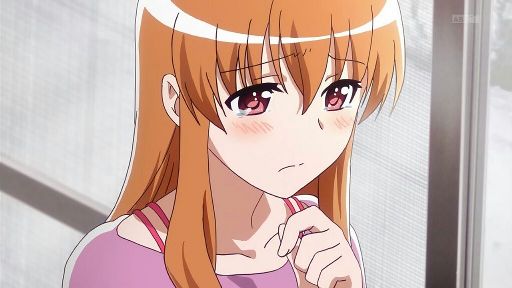 Benio Sama (as she’s called) is the older sister of Kobeni, the main female character. Benio’s a special case and weird in a lot of ways.

She’s hyperactive, enjoys the company of having a Loli-sister in law, and has a sister complex.

She wants to baby her 16 year old sister because the thought of her growing up scares and makes Benio disheartened.

In school, Benio is a top student everyone admires, similar to Umaru Doma (the popular girl cliche basically).

Everything about Lucoa, ignoring her tiddies, is unique, different, and well designed. She’s aesthetically pleasing.

Part of her personality does fall victim to the Ara Ara cliche, and like many of these types, Lucoa is laid back and easy going.

She’s the type of character who doesn’t need the most screen-time because she’s so memorable and relevant regardless.

Her cliches do play into that though.

10. Mamako Oosuki (Do You Love Your Mom And Her Two-Hit Multi-Target Attacks?) 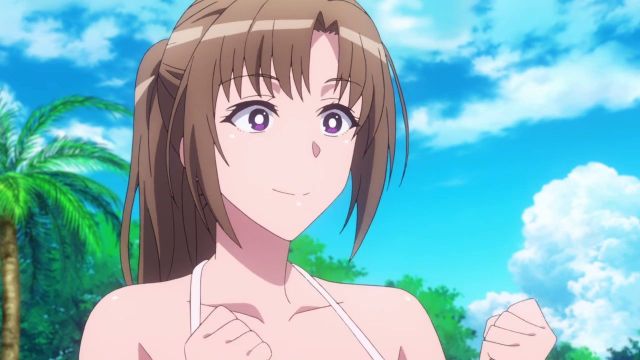 Mamako is from one of the stupidest in the genre, and one that has a stupidly long title.

Unsurprisingly it’s one of the worst rated with a rating of 5.55 on MAL, and worse on other platforms.

That said, Mamako is one of the most known “Ara Ara” characters so it’s worth mentioning her in this list.

Her personality is a bit questionable, but that’s supposed to be part of the comedy.

Majo is a mage from Goblin Slayer who’s always in the main guild building, where adventurers take quests.

She’s obviously gorgeous, seductive, and easy on the eyes.

Majo’s voice is calming, relaxing, and she tends to speak in a way that’s slow and dragged out. But it’s what makes her character so strange and different.

The type of person who once they start talking, you can’t help but keep listening because it’s soothing in a way.

Elsa Granhiert is introduced early in the . Around episode 2. And every time she shows her face, sh*t’s about to go down.

She’s called “the bowel hunter”. Every person she kills is sliced through the stomach as a method of execution.

Being a sadist, she’s aroused to an unusual degree. In fact it’s almost sickening how much pleasure she gets out of it.

As a common, but mysterious villain in the Re:Zero series, her impact is undeniable. As is her aesthetics, role, power, and ruthlessness. 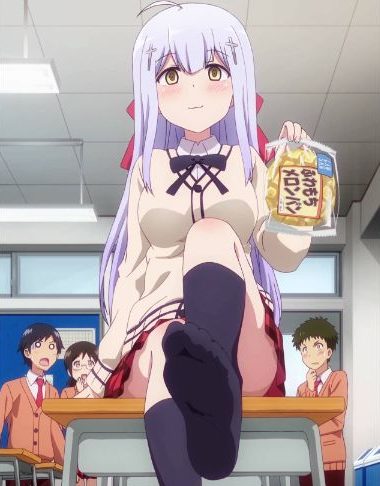 Raphiel is the common troll in Gabriel Dropout. She’s supposed to be an angel, but similar to the MC of this series, she’s sick and tired of playing the “angel” role.

In the , she’s so sarcastic, snarky, and even manipulative, she comes across as more devil-like than anything else.

The type of person who gets a kick out of tricking and mocking people for her own pleasure, but more in a playful way.

Deep down she’s not a bad person. 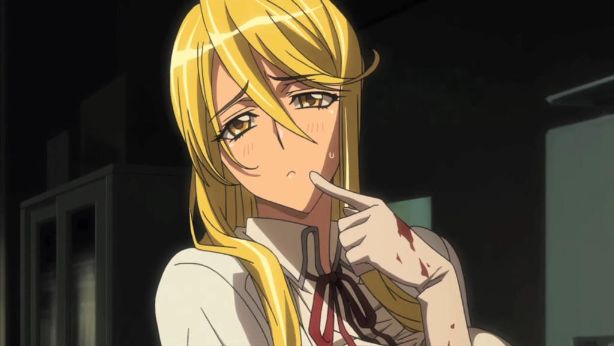 Shizuka is the definition of a useless waifu in . And it only makes it worse since this is a horror series where survival is all that’s supposed to matter.

Being an Ecchi series, Shizuka is constantly trying to “get a piece” of the main character, and is always flirting.

When zombies show up, she’s useless and has nothing practical to bring to the survival table.

You could say she’s the definition of an objectified character, or one who’s used only for fanservice. 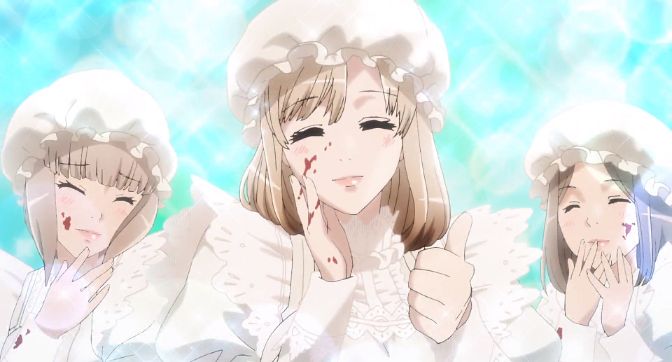 Macrophage is actually a type of white blood cell you carry inside your body. Cells At Work is the manifestation of that in animated form.

As a character, Macrophage is a savage. She slaughters any disease, germ, or otherwise that’s trying to invade the human body.

She does it with a smile, and it’s usually followed or started with “Ara Ara”.

Given that Cells At Work is a Shonen, it’s not surprising the level of comedy and action you get out of its characters.

Cells At Work is one of the most underrated of the last decade. 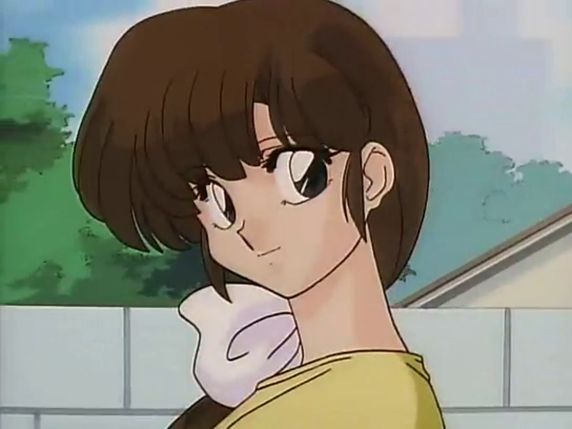 Kasumi Tendo from Ranma 1/2 is the biggest sister of the family. She’s more like a mother to others.

Everyone looks up to Kasumi (her sisters). She’s waifu material in very obvious ways.

While not a traditional “Ara Ara” character like you see in more modern , she’s one of the first who’s known for the phrase.

She also doesn’t come with the cliches you tend to see as far as design and aesthetics. 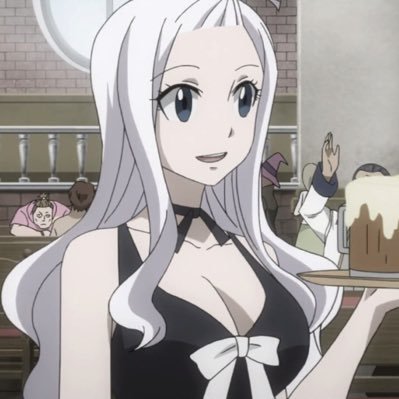 Mirajane Strauss from  is a well balanced character in so many ways.

She’s beautiful, kind, feminine, but sets boundaries, has standards, and isn’t self centered.

She’s also strong (not just supernaturally) and has a depth to her character, story, and plot that’s underappreciated in .

Of course she’s also been saying Ara Ara from the beginning of ! It’s only right she’s included.

Let’s end this with a good laugh 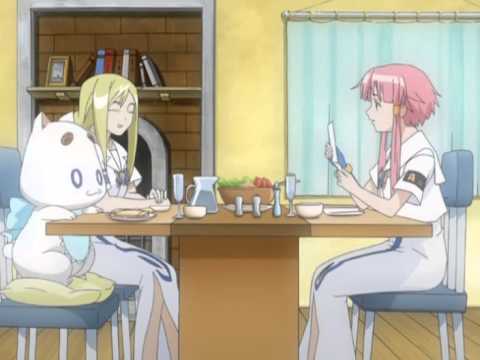 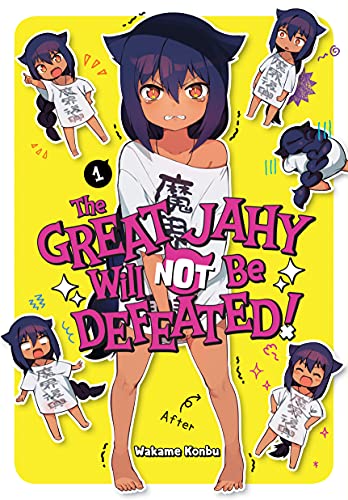 The Great Jahy Will Not Be Defeated! 1 Start Shopping
We earn a commission from Amazon & other affiliates if you make a purchase at no additional cost to you.