Did you know there are over 20,000 shows in total? According to the database on MyAnimeList (when you add it up).

And that’s the exact problem with the industry. Even popular shows don’t receive dubs, because it’s usually not a priority.

25 Shows That Need To Get Dubbed:

Gintama has to be the most famous comedy/parody series of all time in the industry.

Anytime I hear of comedy, Gintama pops up in conversation WITHOUT FAIL. And yet I can’t and won’t watch it unless it’s dubbed.

I’m not the only one who would love a dubbed version of Gintama.

It’s successful enough for it to make sense as well. With tons of seasons over the last 10 years.

I’ve always loved the look of Black Rock Shooter. And the name stands out for me.

But again – there’s no dubbed version. Even after all this time.

It’s not always about when an isn’t dubbed… Usually the Japanese just don’t care enough.

And licensing issues and complications can make things more headache than its worth.

3. Every season after the first “Higurashi” series

It’s almost as if Studio Deen is teasing me. Higurashi season 1 is dubbed, and regardless of the quality back then, any season after #1 is only in Japanese.

I can’t understand why, seeing as it’s such a good, high rated and likable series. With some of the best we’ve seen of a horror besides .

Another anime series I’ve heard so much about, and yet… what can I do? Nothing.

I can either swallow my pride and watch the subbed version… Or I can wait until I’m in a grave before finally gets dubbed. 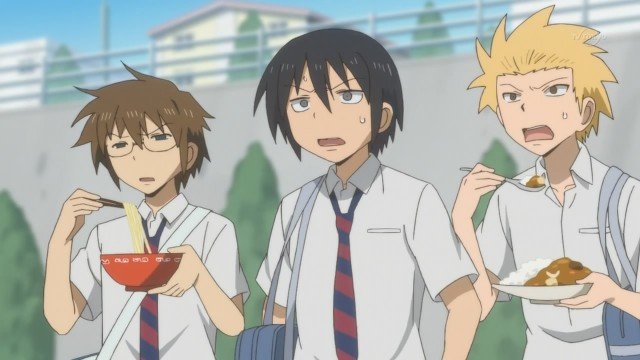 This series is basically a slice of life from the perspective of guys. Instead of your usual “female” characters we’ve seen with Kyoto Animation (K-On).

From what I’ve seen this would make a good dub if done right.

6. The Hell Girl Series (after season 1)

Hell Girl is an underrated horror , with a mysterious main character who makes the suffering of characters like look like a JOKE in comparison.

But that’s besides the point. The is good, known, and has every reason to get dubbed.

The question is: when will it happen, and why hasn’t it happened so far?

Related: 6 Ai Enma Quotes From Hell Girl That Will Make You Think About Life

This is another that ALWAYS comes up when talking about comedy or parody series.

I’ve loved this series from a distance – based on the images, screenshots, and video snippets I’ve watched. But until it gets dubbed, I refuse to watch it.

Though I’ll admit it is tempting because of how hilarious it seems to be.

8. A Place Further Than The Universe

This is made by one of my favorite studios: Madhouse.

The same studio behind:

And too many shows to name.

Like Kono Suba, I’m enjoying it from a distance… But the good thing about Madhouse is they tend to turn many of their shows into dubbed versions.

Read: 14 Of The Best Quotes From “A Place Further Than The Universe” 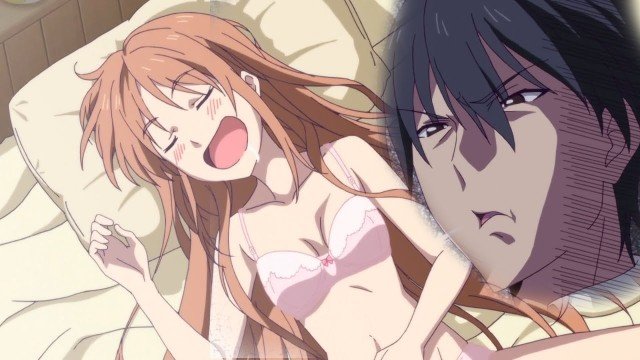 Another ridiculous, stupid and funny as F comedy series. Mostly about a stupid girl who loves Banana’s (she is banana’s basically).

If it ain’t dubbed, then it won’t get no love from me.

I love series like this. It just LOOKS good. And most of all – it’s a magic, supernatural series that reminds me of FATE somehow.

It’s 2018 and there’s still no sign of a dubbed version. So who knows if it’ll ever happen.

I like relaxing series (Flying Witch, etc). In fact – slice of life is my favorite genre of for this reason.

With a name like Laid Back Camp, I can only imagine how nice and refreshing it is.

12. I Can’t Understand What My Husband Is Saying

This series looks like a lot of fun. And the “fun” is all in the name as well.

I haven’t seen any clips of this series, but just looking at the images and description has been enough to get me interested.

An about some devil girl and some silly comedy thrown in. Sounds like a female version of The Devil Is A Part Timer.

I doubt there’s any correlation though. I’m dying to watch it…

Kyoto Animation is my favorite studio, and they know how to do romance and slice of life series… Better than anyone else.

Hibike Euphonium is stunning. Now we just need a dub to show that off to those who want it.

Food Wars is a classic with no direct comparison in the industry. J.C STAFF out-did themselves with this show.

Season 1 and 2 have dubs, so I’d be shocked it season 3 doesn’t follow the same pattern.

As a fan of the SAO series, the movie from 2017 was a little disappointing. But Gun Gale Online seems to be worth it in comparison.

I like the approach they took with this one (original characters and so on).

I like an that can teach me something. And there’s no better way to be entertained than to ALSO learn while you’re at it.

At least for me. And from what I know, this is filled with life lessons and relatable experiences.

This is literally about the industry itself. And I’m all about business so it’s no wonder I’ve added Shirobako to this list.

Shirobako is a realistic view of what happens in the industry, how employee’s are paid and worked to the bone… The gruelling schedules and so much more.

I can only wonder why P.A Works decided NOT to dub this series so far. 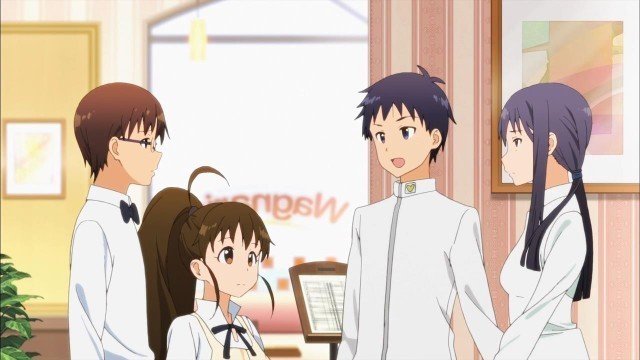 I told you I loved slice of life. I’m serious about that.

Surely I’m not the only one who wants a dubbed version of working!!! in 2018?

It’s still airing, and so far the reviews are good… Depending on who you ask. But since it’s not being simul-dubbed like other shows (Fairy Tail) I had to mention it.

It’s almost guaranteed Alicization will get dubbed though. Probably in 2019.

Love Live already got dubbed ages ago. And almost everyone loves it in both Japan AND worldwide.

Idolmaster is another series that’s mega popular… but for some reason there’s no dub in sight just yet.

22. How To Raise A Boring Girlfriend 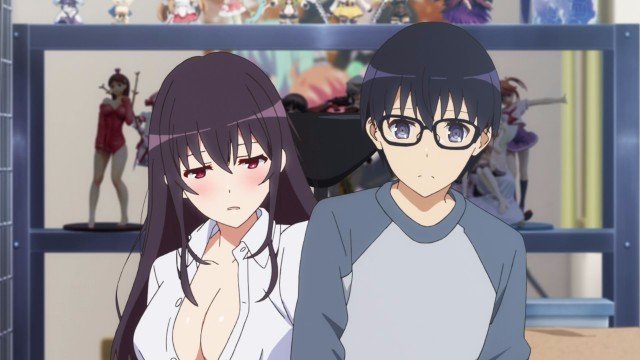 I like an with an interesting title. And this series has always caught my interest.

But until it gets dubbed, which I’m sure you’ll agree if you’re a fan, I refuse to get into it.

There’s just no excuse for this to NOT be dubbed!

23. Rascal Does Not Dream Of Bunny Girl Senpai

You can’t go through 2018 without knowing about this series. I hear about it so much that if it didn’t make me curious, I’d be throwing up by now.

But I’m not sick of hearing it. Instead I wanna watch it (after) it gets dubbed.

I’m laid back and so I like to chill when I watch . Non Non Biyori Repeat is that kind of series.

Where’s the dub at bro?

This is a weird-looking series… mostly because of the animation style they went with.

But again – where’s the dub at bro? It looks fun, but if it ain’t getting dubbed I can’t give it no love.

Like I said earlier – less than 1000 shows have dubs at all. Especially if we’re talking about legal streaming sites.

What else do you think deserves to be dubbed in the near future?