Chrono Crusade is an series about Chrono, a demon who’s turned his back on his past sins.

And similar references, there’s a list of that are comparable to it worth mentioning.

Demons also play a role in this ‘s plot, giving it a fantasy element as well. 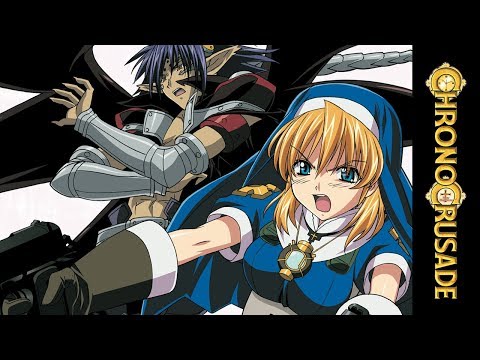 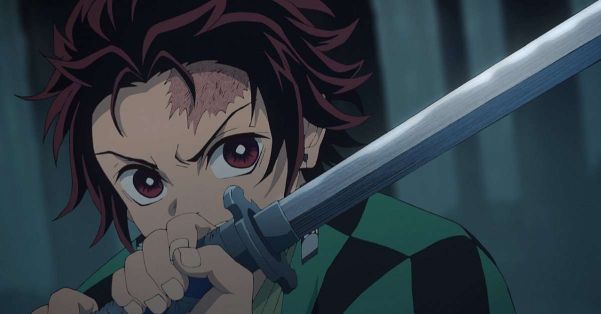 has become the biggest selling of all time, in history. And is now in the history books without question.

It’s about Tanjiro, who eventually becomes a compassionate . This in spite of coming home one day to his family’s dead bodies(they were killed by demons).

The only survivor in a sense is his sister Nezuko, who’s managed to maintain some of her humanity.

The sibling relationship in this is everything. It’s what makes stand out by itself.

Whether you feel the anime is overrated or not is irrelevant. It’s worth watching as it’s decent but to me, not a masterpiece.

It has strong similarities to Chrono Crusade in the demon department. 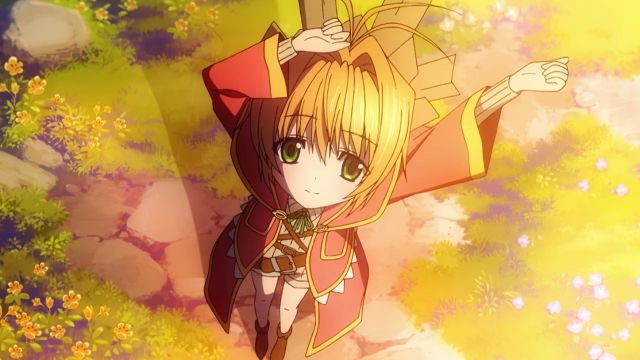 Sunday Without God is an by Madhouse studios. It’s about the aftermath of God abandoning the world on Sunday.

People can no longer die, so they’re essentially zombies after death. And the world has been thrown into chaos.

Characters like Ai Aston are grave diggers, but there’s more to this ‘s mystery and initial confusion.

While the action part of this isn’t like Chrono Crusade, the religious elements are close. It’s a big part of the in general.

You can think of it like a more relaxed version of Chrono Crusade in some ways, and without the romance. 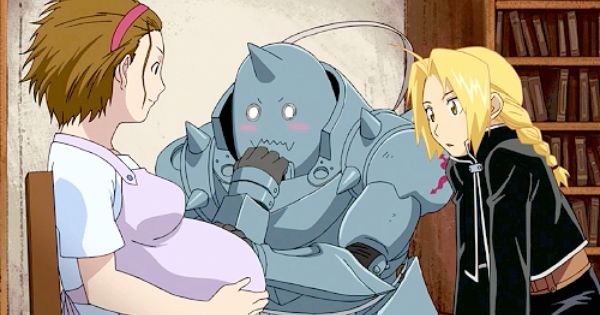 is about Edward And Alphonse, both brothers. They lose a limb for trying to mess with reality by bringing their dead mother back to life.

The grief is what caused this, and they learn a hard lesson.

The ‘s running theme is about equivalent exchange, which is exactly as it sounds. An equal amount received for what’s given.

Religion isn’t as strong in this series but there’s a taste of it.

Overall the at times wacky comedy, adventure, and action makes it a good comparison to Chrono Crusade. 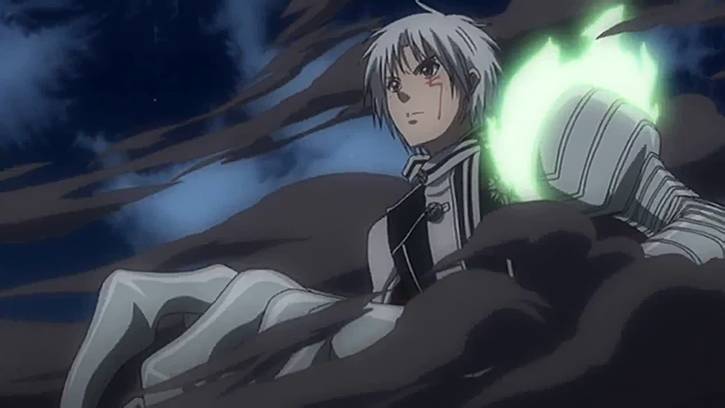 D. Gray Man is about Allen Walker, a guy who’s been cursed for something he did in the past that he regrets.

His arm and eye are able to destroy demons, and see the spirits of humans that have been absorbed by demons.

He carries around this burden by himself, even when he has friends to rely on. And he’s criticized for it eventually by some of his friends.

The is over 100+ episodes long and is a classic shounen, especially as far as length, action, and topics.

Exorcism is a bit part of the ‘s plot. 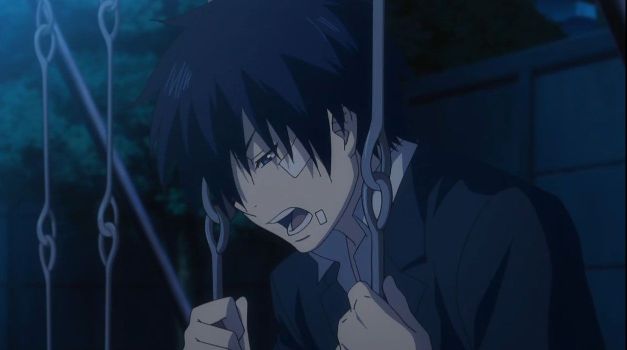 Blue Exorcist is an about Rin Okumura, a guy who since birth has been dealing with an abnormal amount of trouble.

Being targeted by others for differences unseen to the eye, and getting into fights as a result ot defend himself.

Turns out Rin is the son of Satan, so he has a burden of his own to deal with. Which is lightened by the relationships he builds along the way.

This is an underrated that needs more seasons but has yet to adapt a lot of content from the /novels. 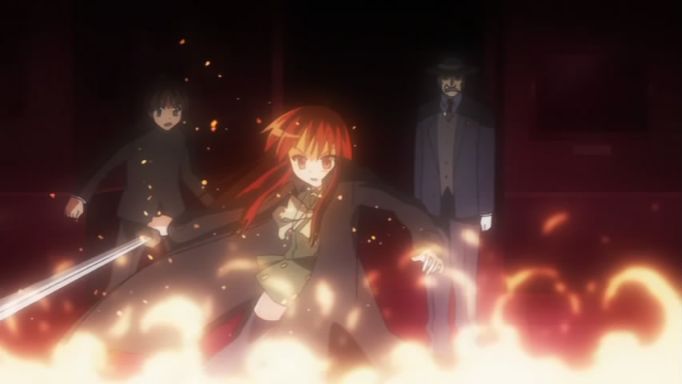 is an made in the mid 2000’s. The light novels started even before like though.

Made by J.C Staff it’s about a world where humans, demons, flame haze and almost-dead people exist.

Flame Haze exist to stop demons from upsetting the worlds balance and causing havoc in the human world.

Just like Chrono Crusade, you get a mix of romance, action, dual protagonists, and plenty of fantasy elements.

This series is 3 seasons long, has some of the greatest music going, and is a fairly popular series. With plenty of content.

Related: 9 Anime Like A Certain Magical Index for Supernatural Fans

is an series. An old school from the 1990’s about a historic period in Japan.

Kagome Higurashi and are dual protagonists who work together to save the world after an incident takes place.

There are elements of:

And other similar themes in that make it somewhat relatable. ‘s own brother discriminates against for being half human, half demon.

The romance between the characters is genuine, and some of the best the industry has brought to us for decades.

Hellsing, by Madhouse studios, is an series similar to Black Lagoon for its gun wielding protagonist.

But…. At heart it’s like Chrono Crusade with its strong focus on demons, religion, and biblical references.

The main character, Allucard, is one of the more savage types of protagonists who’s joined by a female character who becomes a vampire.

There’s two versions to watch, one with a more pure adaptation from the (Hellsing Ultimate).

This makes it similar to the situation with . 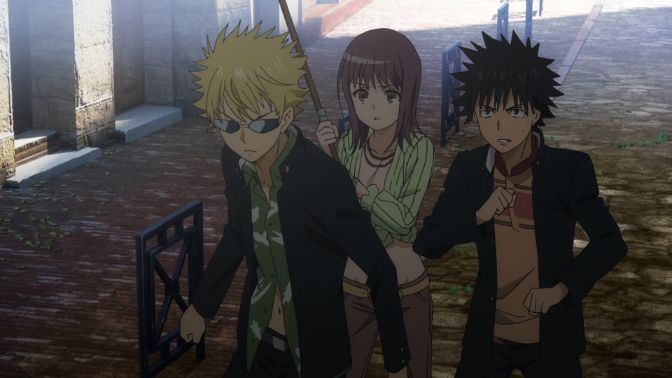 A Certain Magical Index is about academy city, a place where over 1 million espers exist. People with psychic related powers.

Each ability can be explained by science, so there’s a fascination with people who are in particular.

There’s another side to this : magic and religion. And these aspects are similar to Chrono Crusade, aside from the comcial moments that takes place.

With 3 seasons, an OVA, and more guaranteed to come in future, A Certian Magical Index is an underrated franchise to get into. 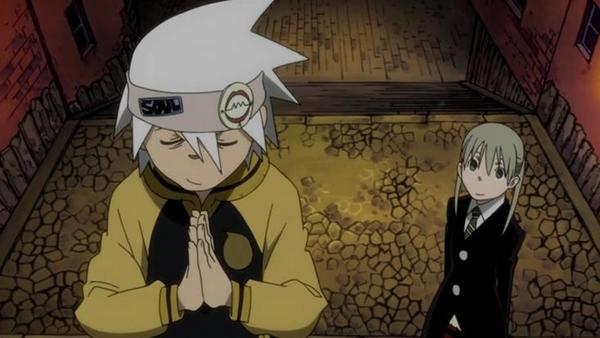 Made by studio bones, this has the visuals, the art style, and the uniqueness to make it stand out from other Shounen.

It’s an about Meisters and demons. The main characters train their weapons at Death Academy, run by lord death.

He’s the type of guy who’s so much of a clown you end underestimating him as a person.

There’s only one season for this , with a side story type of adaptation. But that’s really all it needed.

7+ Of The Cutest Anime Like Comic Girls To Start Watching!