A Certain Magical Index is originally a novel series with a lot of volumes and content.

The has also benefited from having a lot of content as well, and will continue to have more in future.

With the story being about magic, religion, science, and the supernatural, there are many comparable to talk about. 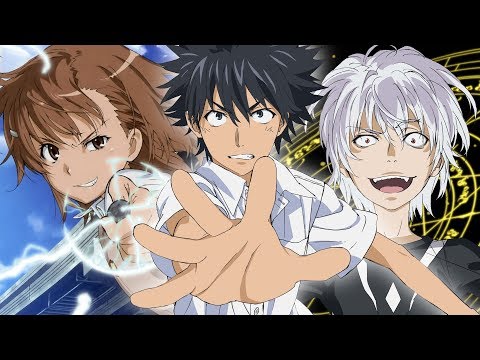 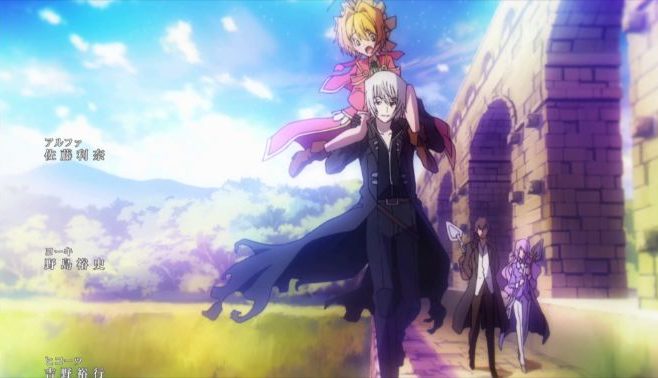 Sunday Without God, like A Certain Magical Index, is an series with biblical references. And historical references relating to religion.

The also has an element of the supernatural and fantasy, with mystery baked into it.

The plot is about Ai Aston, a girl who’s called a grave digger. In this world, God abandoned it on Sunday, and now everything has ben thrown into chaos.

People can no longer die, among other strange things that play out from the very beginning of the .

You won’t get as much action in this series, but you’ll enjoy how unique and different it is to the average .

It’s actually made by Madhouse studios! 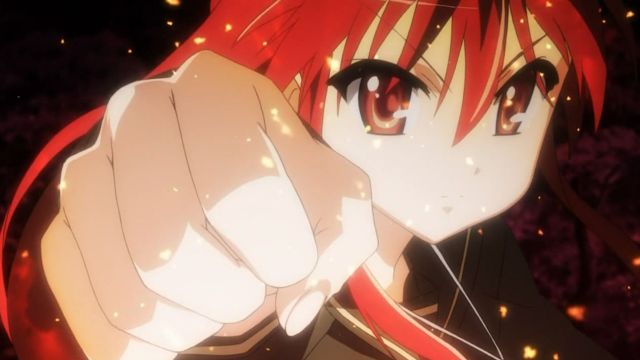 is an made by J.C Staff, just like A Certain Magical Index. And is also derived from light novels.

In this series you have two main characters as well: Yuji Sakai, a human, and Shana, a flame haze who targets demons.

They both coincidentally end up working together, fighting together, getting stronger together, with some romance that comes into play.

The world is interesting and full of a divers set of characters, supernatural elements, and mysteries just like Index.

As far as series with dual protagonists, is easily one of the best out there. 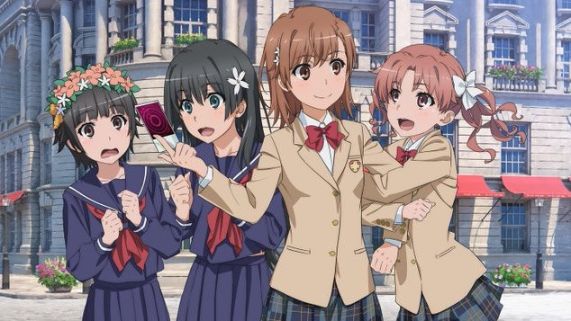 Naturally, the Railgun series is a mirror to the Index series. Index focuses on Touma and Index, while Railgun focuses on Mikoto Misaka.

The is about Mikoto Misaka’s life in academy city as a 3rd ranked level 5 esper. And how she navigates her life in a prestigious school, despite being a celebrity.

Season 2 is where it really starts to become a dark series with its undertones. And that only continues into season 3.

Railgun is an unmatched series if you’re looking for a female driven plot, a female lead, and one who’s written well.

This isn’t a Shounen, but it’s similar enough and is a good to transition into from Shounen or from Index itself.

Related: 9+ Of The Best Anime Like Battle Game In 5 Seconds! 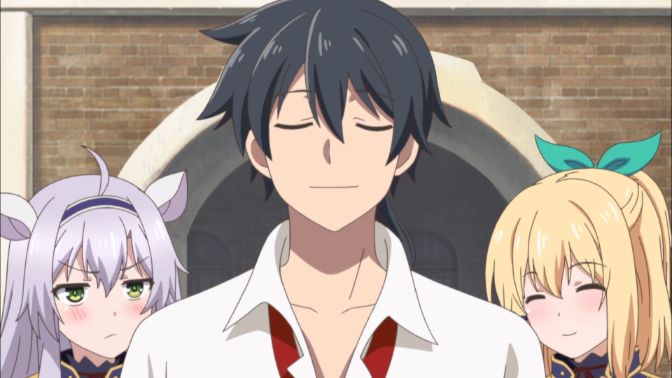 Rokudenashi is about Glenn Radars, a substitute teacher for the Alzano Imperial Magic Academy.

He’s lazy, unmotivated, takes everything as a joke and is sarcastic as F. Or at least that’s how others see him on the surface.

The starts to take a dark turn, especially in relation to magic around the 2nd episode. And from there it only gets deeper and darker. With more intensity and violence.

In some ways he’s similar to Touma, but more so by design. And the tends to make fun of cliches and tropes as a form of comedy. 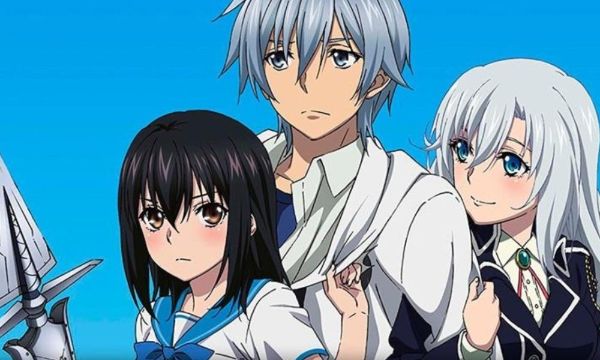 An Ecchi series, Strike The Blood is another one adapted from light novels. The main lead is female, and she fights vampires.

Similar to , there’s a male lead making this more of a dual protagonist style of writing where they’re usually together.

With the obvious fan service, harem, and Ecchi elements, on top of the vampire and supernatural, fans should know what to expect going into it.

That said, there’s crossover similarities regardless and the franchise has a lot of content.

6. Problem Children Are Coming From Another World, Aren’t They?

Problem Children, a typical Isekai series as far as the long titles that are unnecessary. But once you get into it, it’s a magic series with a familiar set up.

Izayoi is the main MC who’s OP like Saitama from One Punch Man. But a little too OP if you ask me personally.

The is bit-sized so it’s the type you get into because you can binge it, and because it has similarities with your favorite .

Not the greatest supernatural series, but it’s worth talking about. 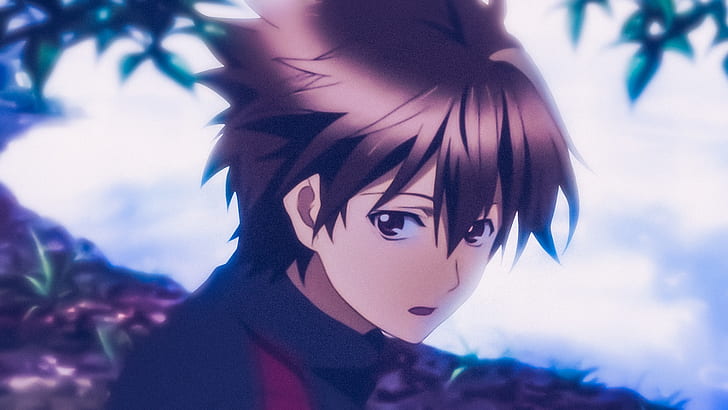 Guilty Crown has to be one of the first 25 I watched in this genre of supernatural. Or something close to that number.

On one hand the world shares similarities to Index with its darker elements, and mysterious characters you’re trying to figure out.

This is also true when comparing the MC’S, but the MC in Guilty Crown makes some changes that border on the extreme side of things.

I won’t say more to avoid spoilers, but it’s worth mentioning here. 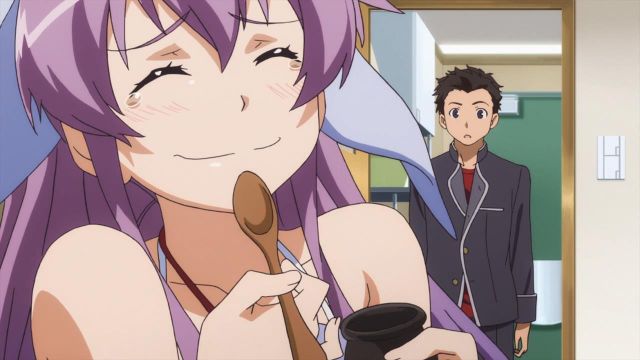 Ryuugajou Nanana is about a girl called Nanana, and her treasures she collected while she was alive. They’re all hidden in dungeons and labyrinths.

Juuzo, the MC lives in a flat where Nanana still exists as a ghost who’s tied to the room and hasn’t moved on yet.

Adapted from a series, there’s still so much content missing from the . But the 12 episodes are all worth it.

Dual protagonists, plenty of mystery, some solid action scenes here and there, and a good portion of comedy that doesn’t try too hard. 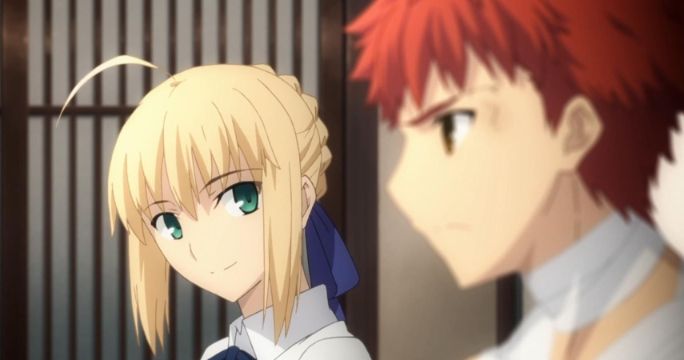 Fate Stay Night is about fighters who go to war for the sake of a personal wish. The fighters are chosen at random, which is what makes it so savage.

Shirou Emiya is almost a mirror image of Kamijou Touma from Index, with exceptions that make them different enough but similar.

Shirou does what he feels is right, even if it seems idealistic, and Touma is similar in this way.

The world of FATE can be confusing because of how much material there is, and how it doesn’t necessarily follow a seasonal pattern.

Start off with either Fate Stay Night or Fate Zero, than watch the other (if you wanna go that far).

After that, try Fate Apocrypha then Fate Grand Order.

Jujutsu Kaisen Female Characters, And Why They’re Written So Well

13+ Shonen Female Writers Who Made Some Of The BEST Anime