Violet Evergarden is the one of the most gorgeous shows.

It’s not even up for debate.

Everything is captured and a lot of attention is put into each scene, pixel, and the way things look on screen.

The is about an orphan girl searching for the meaning of “I love you” and why someone important said this to her before vanishing.

Let’s focus on shows not necessarily like Violet Evergarden, but similar as far as the art style itself. 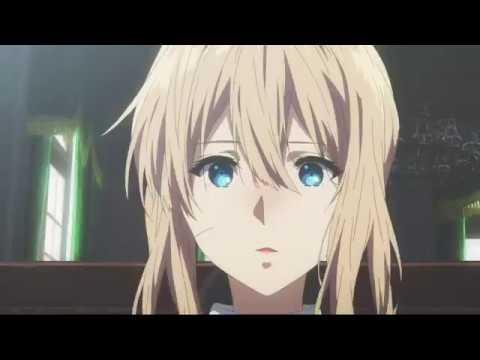 1. The Garden Of Words 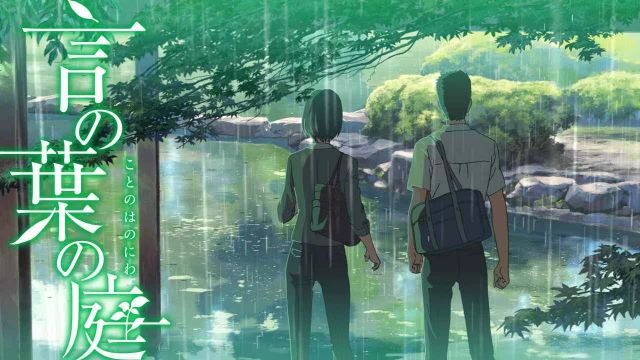 The Garden Of Words is an movie by Makoto Shinkai.

It’s considered one of, if not the best anime for its visuals and the quality that comes from it.

Being a romance movie lasting for 45 minutes long, it may or may not satisfy fans. It all comes down to your preferences.

That said, you can guarantee the visuals will blow you away, every step of the way, as you watch The Garden Of Words.

From start to finish you start to question whether what you see on screen can be considered an at all, because it’s on another level.

Being bite-sized makes it easier to try if you’re already a fan of Violet Evergarden. 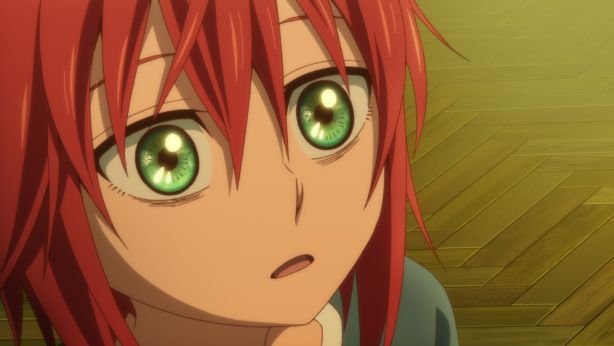 The Ancient Magus Bride…. What a gorgeous anime series.

It’s made by Production I.G Studios, they’re known for Psycho Pass and other .

The is about Hatori Chise, a red haired girl who’s literally being sold off at an auction. The buyer is a mage called Alias Ainsworth.

Once bought, he takes her to his home and the journey begins.

She now has a place she can call her home, which is something she’s never had before (she was a slave).

Admittedly the romance can feel weird at times, and the can be quirky, but it’s wholesome with a nice pacing.

The visuals are unreal and is easily one of the biggest highlights of this (besides being a good series).

3. Land Of The Lustrous 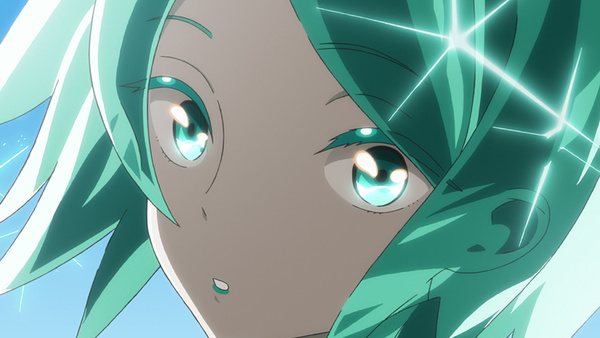 Land Of The Lustrous is a mystery series. This element alone is what makes the so curious from episode to episode.

The main character is called Phos, and like others in this series, she’s known as a “gem” in this world.

Another relevant character is Cinnabar with red hair. She’s introverted and is usually seen by herself.

As the makes progress, you start to understand things better and things get more serious.

Plot aside, the visuals are stunning and in a league of their own. You just can’t find like this on your average day.

It has one of the best features of CGI as well when the decides to use it.

You won’t be disappointed. 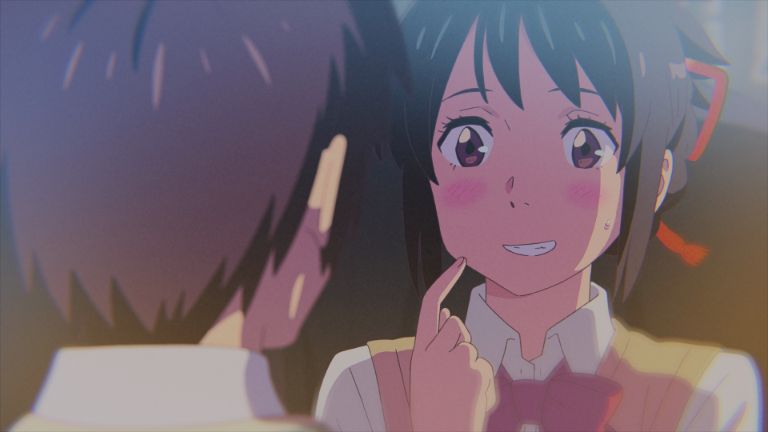 Your Name, or Kimi No Na Wa, is another movie by Makoto Shinkai. It’s a romance movie which shouldn’t surprise anyone.

Made back in 2016, it become one of the best sellers in the industry at that time. And is still appreciated by fans today.

The ‘s focus is a mixture of romance and an element of body switching between the main characters (lovers).

This creates the sense of distance between them, playing into the emotional impact of what’s to come in this 1 hour plus movie.

Of course the visuals are on point. It’s still superior to even some in 2021.

5. The World In Colors

The World In Colors is an series by P.A Works. The same studio behind Charlotte, Shirobako, and many more .

It’s about a white haired girl called Hitomi. She can’t see the world in color.

She see’s it in monochrome (black and white). This is how it’s been for a while. It’s her version of normal.

After being transported into the past, she meets her grandma and others, and during this time things start to change.

The visuals are beautiful in every sense of the word. Nothing about the art looks average.

It’s a strong element of this . 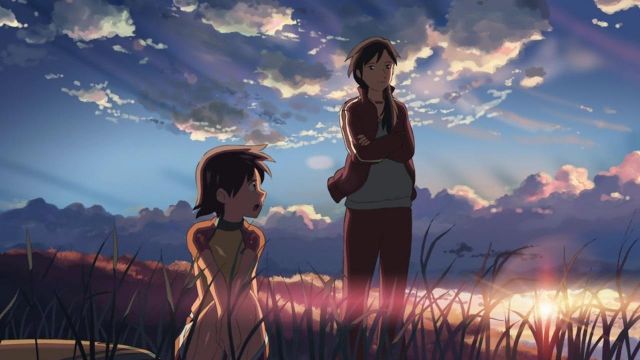 5 Centimeters Per Second, another anime movie by Makoto Shinkai, has a solid focus on visuals, art, and animation.

This movie is about 2 characters. Boy and girl. If you’re expecting a romance with a lot of talking, this isn’t it.

That shouldn’t matter though unless you have a preference for it.

For me the movie didn’t sit well, but it’s considered a classic and the visuals are undeniably good.

Not similar to Violet Evergarden for its (like many on this list), but the art style is within reach. 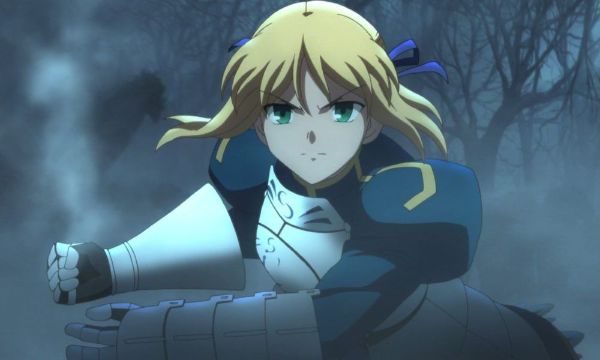 Fate Zero is still an OG to this day when it comes to the:

And overall quality of the series. It’s the best FATE ever made in my eyes.

It’s about a holy grail war. People are chosen at random to take part in a war with their own servants who are based on historical figures.

An example would be King Arthur, but in the form of a girl.

If they win the war, they get to have their personal wish granted.

The is bloody, dark, and messed up in some parts, plus it has some of the best written characters in fantasy .

The visuals, and the sharp animation, especially during fights, is unreal considering it was made over 10 years ago.

8. Liz and the Blue Bird 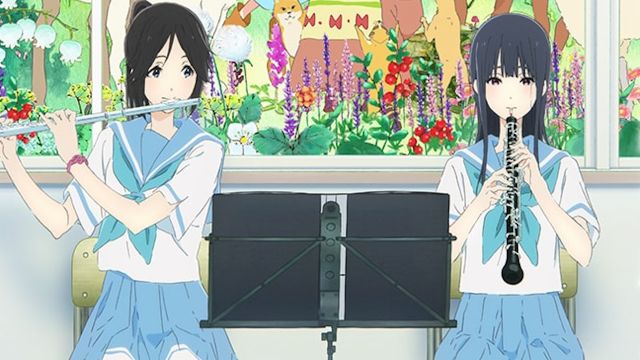 Liz And The Blue Bird is an movie by Kyoto Animation. It was made back in 2018.

The story is self explanatory as it’s in the name. But the story comes from a story book within the .

The book, the story, and the details are somehow connected to the actual characters and what’s happening.

I can’t say more than that.

Even though I can’t say it’s one of my favorite by Kyoto Animation, it’s a decent watch and the visuals are worth it.

9. The Journey Of Elaina 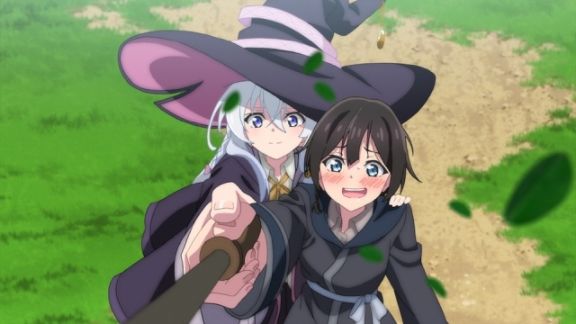 The Journey Of Elaina is all in the name. Elaina, a white haired upcoming witch has always dreamed of going on a journey.

After a recommendation from her mum, she trains with a qualified witch so she can become official herself.

Once the starts after episode 1, it’s all about Elaina’s perspective and how she see’s the world, the towns she travels to, and what she gets up to.

Sometimes it has depth, other times silly, and every now and then – it gets violent and savage.

There’s a story for everyone and the is progressive in that way.

Let’s not forget the ‘s art style is gorgeous as well. Solid series for adventure fans, but only 1 season so far. 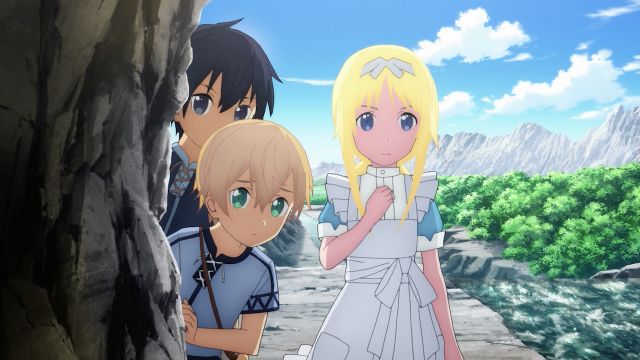 : Alicization is the series that changed everything. Even people who dislike the franchise enjoyed it.

In this 3rd season, Kirito is in a different world this time all together. It doesn’t operate like the usual VR.

He’s a kid, along with new characters Eugeo and Alice, who are siblings. Their goal becomes chopping down the big tree to gain strength.

One thing I don’t see people talking too much about is the visuals in Alicization.

They’re underappreciated. The bar was set high with this one. And that’s why it’s on this list!

9+ Of The Best Anime Like Clannad With Emotional Impact