Peach Boy Riverside is an series by the same author as Miss Kobayashi’s Dragon Maid!

When you realize that, it’s not hard to see why there’s quality built under the hood. Not to mention some of the character designs.

This started in July 2021, and is about Sally, and her adventures outside of her kingdom. She’s on a mission to change prejudice against demi humans, and things of that nature.

The other half of the story is about Kibitsu, the “Peach Boy”.

And similar genres with similar themes, plot, elements and more. 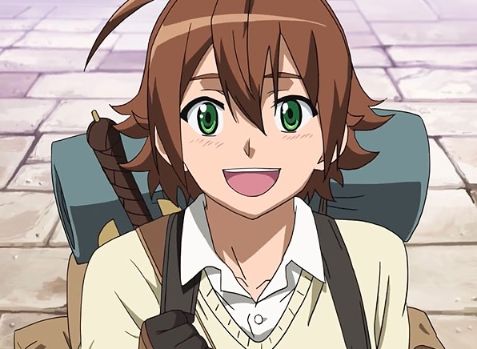 is one of my all time favorites. It’s an by studio white fox (Re:Zero, Jormungand, etc).

This is about Tatsumi, a trained swordsman from a poor village. He travels to the capital in hopes of rising up the ranks, making a lot of money, and helping his village.

He finds out the truth of the capital, including corruption, violence, the evil minister, and how its responsible for the heavy taxes on his village.

After finding this out, he ends up joining the assassination and revolutionary group Night Raid. With the aim to start a revolution and destroy the government.

Violence, action, this has it all with plenty of sad moments and meaningful themes. 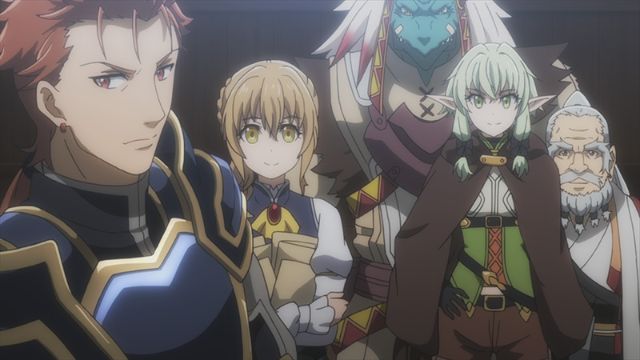 Goblin Slayer is famous for its first, savage episode that set the internet alight. And caused Twitter to cry enough tears to flood an entire country.

Jokes aside, the is about Goblins, obviously, and the guy known as Goblin Slayer.

He has a dark past which is why he’s so intent on slaying goblins. It’s his life mission in a way.

He ends up with a guild he travels with. One of the characters (who’s an MC) is saved by Goblin Slayer in episode 1, despite the trauma she goes through.

If you like with magic, adventure, or similar themes to Peach Boy in some ways, this is the one.

Relevant: If You Love Goblin Slayer, Here Are 10 Of The Best Anime Just Like It! 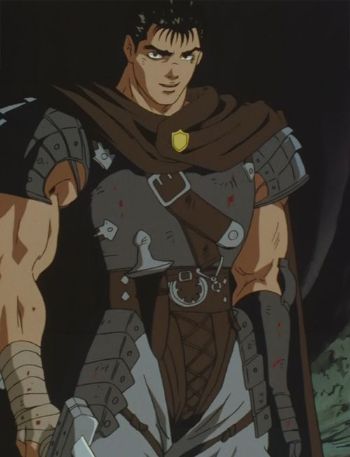 Berserk is a classic (the old school that is) and is still revered to this day.

The is about Guts and his personal journey. In this horror series, there are so many horrific, sickeningly dark elements you could throw up.

This is all done in a way where the writing is stellar and can be appreciated for what it is. More so for how relatable it is, along with its depth.

Not the most similar to peach Boy Riverside, but it’s relevant. 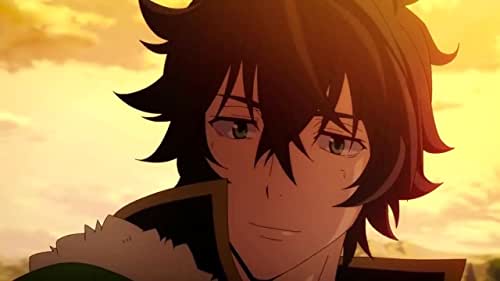 Shield Hero is an that also set the internet alight, and people lost their minds over the first few episodes.

The is about Naofumi Iwatani. After being transported to another world, he and 3 others are forced to protect the kingdom from  a “calamity” that happens every so often.

Naofumi in particular is mistreated, falsely accused of r*pe, and is banished from the kingdom. To the point where society hates him for a false accusation.

The portrays his struggles, his life, his mindset, and how he overcomes this sadness, depression, and understandable hatred.

He does this by making unlikely friends and partnerships with people who still have common sense, and empathy as well. 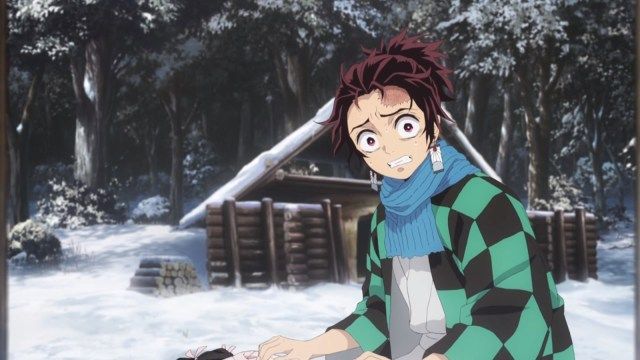 is an everyone knows about at this point. It made a killer amount of sales, is the #1 of all time (by sales), and is now in the history books.

The story follows Tanjiro and Nezuko who are siblings. Nezuko becomes a demon after being bitten, but still retains some of her humanity.

Tanjiro refuses to see her as a demon and manages to find a way to convince others to leave her be and not kill her off.

Before any of that, Tanjiro’s family is slaughtered by demons, as he finds out once reaching home.

The dynamic of brother and sister is unique, and Peach Boy Riverside fans should appreciate the series.

Relevant: 20+ Of The Greatest Shounen Anime You Need To Watch is about Lina Inverse, a mage with enough magic power to wipe out an entire city with ease.

At her strongest, she’s able to destroy the world and the universe itself (at her own expense).

The main plot is about Lina’s adventures with her party (Gourry, Amelia, Zelgadis), and what they get up to as they live life day to day.

Demons (called monsters) are a common theme here, along with Gods as well.

It’s an old school series but one of the best Shonen, magic/adventure series of all time.

There’s 5 seasons all together. 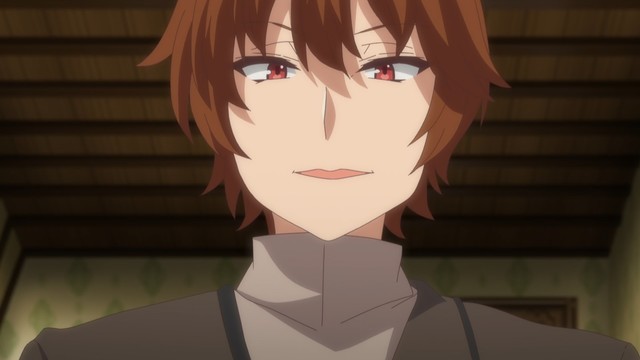 Redo Of Healer goes without saying.

Keyaru, the MC, is r*ped, abused, drugged, tortured, and used by the Jioral Kingdom against his will as a teenager.

Years later he finds a way to “redo” time with his ability as a hero. And so he sets the clock back so he can get his revenge against Princess Flare.

He also sets out to get revenge against:

And other characters who made his life worse than a living hell.

Ratings may be low for this , but the support, the views, and the fanbase is singing a different tune.

It’s the ultimate revenge set in a world of magic, violence, demons, colonialism, and more.

Similar: How Nagatoro Is Exposing Anime Fan’s Double Standards (Like Redo Of Healer) 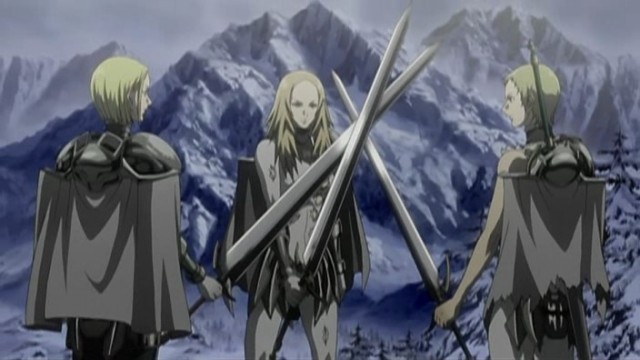 Claymore is about Clare, a half human half demon (Yoma). After a traumatic experience, she becomes a “Claymore”.

These female warriors work for an organization where they’re made to defend humans, and kill Yoma.

The depressing side of this is their attractiveness as women is stripped away from them.Their life is empty, and concepts of happiness or love don’t really exist.

Solid action scenes, fights, and writing in some cases. Claymore is a Madhouse studios that’s good, but forgotten. 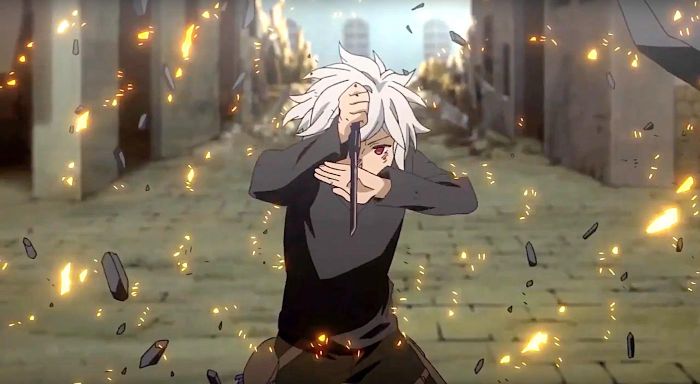 Danmachi is a magic series about Bell Cranel. He’s an amateur swordsman and adventurer in the .

After almost getting killed, he’s saved by Ais Wallenstein. She becomes his inspiration for getting stronger.

His main partner (dual protagonist) is Goddess Hestia. She’s ranked low as far as Goddesses and their status in the series.

Danmachi isn’t the most similar to Peach Boy Riverside, but it’s a good to transition into after watching it. And both have somewhat similar worlds.