Call Of The Night is an that’s killing it right now during summer 2022 with its gorgeous art style, stunning aesthetics, and attention to detail as far as character designs, backgrounds, and interactions.

The is about Yamori, a 14 year old kid who is struggling to sleep at night lately. Things are keeping him awake as it does many when we’re not satisfied with the day, life in general, or otherwise.

Call Of The Night tackles the ideas related to night time, sleep, stress, people’s struggles, and of course the relationship between both characters.

Irina The Vampire Cosmonaut came out back in 2021. The is about Irina, a girl who volunteers to go to space and see the moon. She’s paired up with a certain guy and the two of them form a relationship of sorts.

She starts to become more comfortable around humans because of her partner, and she gradually opens up and that makes the ‘s vibes more heartwarming and meaningful overall.

The characters (as far as vampires in both shows) are different and not the same, even though the are similar in some ways. 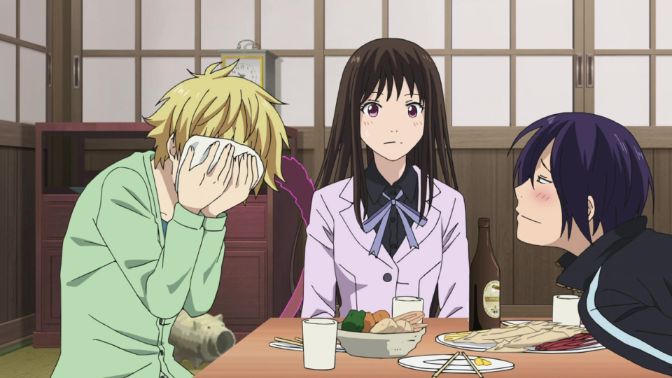 Noragami is about a God called Yato, but he’s not as godly as he’s expected to be. Aside from having the powers he has, he’s a God without money. He’s poor.

In this world even Gods can be poor and there’s a hierarchy as far as status and privilege.

Hiyori, the main girl of the show is stuck by Yato because of an accident and this is an important highlight of the entire series. Sankarea is an about Rea, a girl with black hair who dies. Chihiro, a guy who loves zombies and wants a zombie girlfriend decides to bring this girl back to life, though it’s more like he brings his cat back to life.

Afterwards he meets Rea and since she wanted it, Chihiro makes her his zombie girlfriend and they succeed in bringing the idea to reality.

Rea and Chihiro’s strange relationship can be compared to Yamori and Nazuna’s relationship in Call Of The Night.

4. Arakawa Under the Bridge 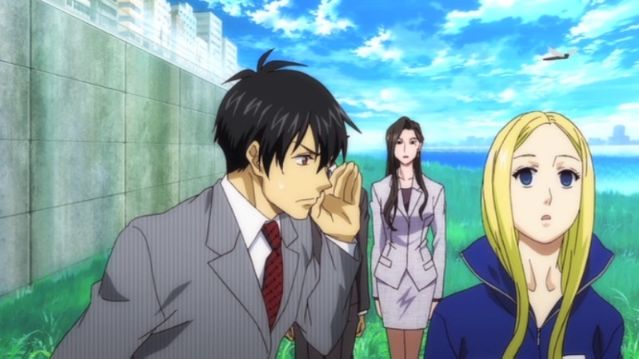 Arakawa Under The Bridge is another strange as far as relationships, how it starts, the plot, and the interactions that later become more full of depth.

A businessman essentially escapes with his life and is saved by an odd girl under a bridge. Long story short, this businessman is forced to be her boyfriend, and he downgrades his lifestyle as a result.

Produced by studio SHAFT, Arakawa Under The Bridge has some of the best facial expressions and interactions going. And they know how to do it well. 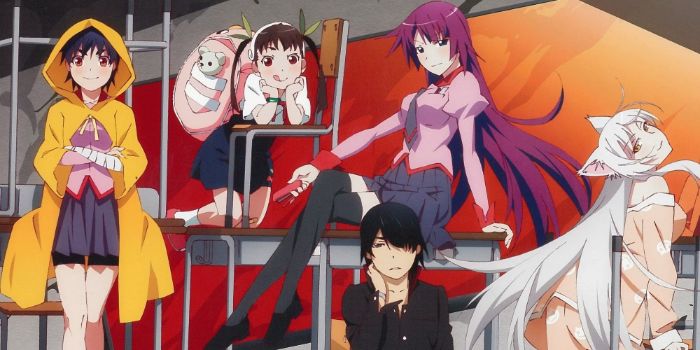 Monogatari is a long series with many seasons and alternatives that tell a deeper story and help you fill in the pieces to the puzzle. It’s also an by studio SHAFT.

Being an about vampires it has a direct connection to Call Of The Night. Monogatari’s main characters are Araragi and Senjougahara. The latter who forces a relationship with Araragi.

She’s a Yandere with character development and a curious character.

The interactions, conversations, and the importance of dialogue in Monogatari is comparable to Call Of The Night as well. So are the aesthetics, visuals, and sharp designs.

Monogatari is much more complex than just vampires and romance though. The makes you think almost every episode, and there’s always some hidden messages and mystery that makes the plot fresh.

My neighbor is a Yandere?! | Dating Sim Game

Immerse yourself in a kinetic novel of intrigue and seduction! 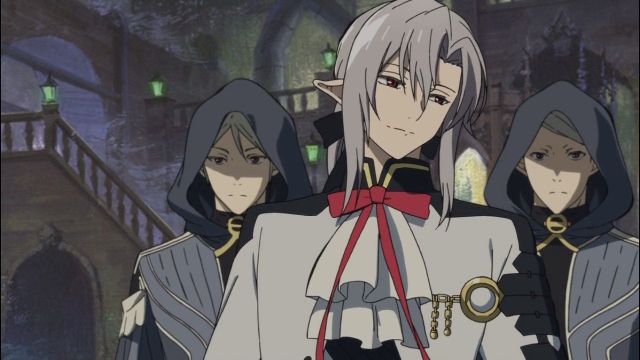 Owari No Seraph is an action series first of all. But its strong focus on vampires has a lot of similarities with Call Of The Night for good reason.

Yuichiro Hyakuya and his friend Mikeala are child slaves serving vampires. They plan their escape, but everyone dies tragically and Yuichiro is the only one who escapes with his life.

He’s out for blood. But the plot evolves and becomes more than just his thirst for revenge. And he ends up having some secrets of his own, and that’s also true for the Moon Demon Company who he works for to slay vampires. And for another with strange relationships and romance, The Ancient Magus Bride is worth pointing out. The has mystery of its own as well despite the bright and cheery colors.

Hatori Chise finds a loving home after being a slave for so many years of her life as an Orphan. She’s bought by Alias Ainsworth, an event that changes her life for the better.

The word “bride” in the title of this is relevant.

Aesthetics and visuals in The Ancient Magus Bride is something Call Of The Night fans won’t be disappointed with.

Black Butler is another one that’s not as famous as certain  is still known in the genre of vampires. It’s about Ciel Phantomhive who serves the queen of London and will kill anyone if she tells him to.

He works in the underworld and has his own servant called Sebastian. This servant is a vampire and they’ve made a contract with each other.

The setting is different, but there are obvious crossovers between both . The story overall is just not the same.