Anime Tsundere are some of the most popular character types of all time. In fact, it’s easily in the top 5 for:

And different things of that nature.

Whether you’re a fan or not, here’s a list that fits the bill.

The different types of Tsunderes in anime: 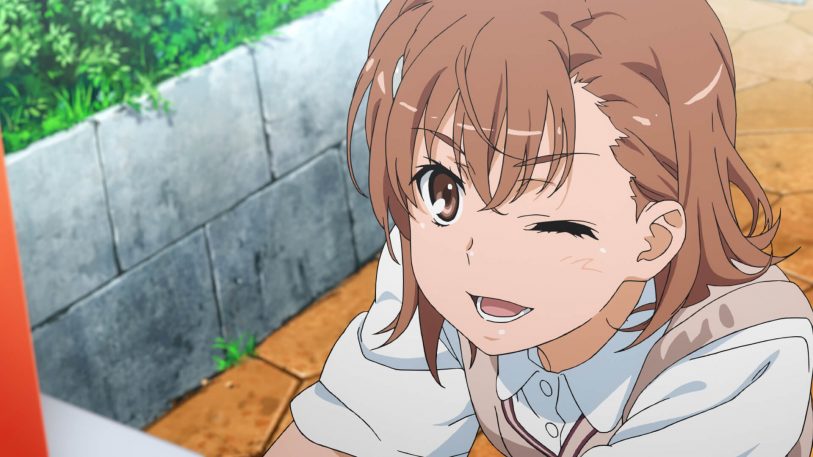 When it comes to Tsundere’s you can’t really say many of them are modest and down to earth, But Mikoto Misaka is a good example of being exactly that.

Though she’s hardly the most cliche or stereotypical Tsundere there is, she shares the typical traits of:

And things of that nature… Which isn’t too surprising for a teenage character if you see it in realistic terms.

Mikoto Misaka doesn’t brag about her strength or position in life, is down to earth, grounded, and introverted, but still has the Tsundere traits that put her in a tier of her own.

She tends to be embarrassed and flustered around her love interest, but the vibe is different. 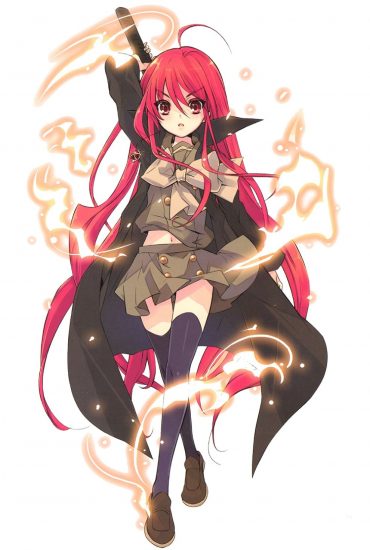 Shana from Shakugan No Shana is a good example here.

As a flame haze, one who when transformed from her human state becomes engulfed in glittering flames and has flaming hair, Shana’s hot-headed Tsundere personality is a perfect match.

She’s angry about a lot of things and it’s not just with her love interest, it’s with people around her in general. But Shana does get character development throughout the 3 seasons which makes her a unique Tsundere.

She grows out of her ways and becomes a better person because of it (to a degree). An example of a bossy Tsundere is Lina Inverse from Slayers, but even she is a bit unique since her anime aired in the 1990s before the Tsundere term was a thing (or character type).

Still, she shares traits because of her bossy nature. She’s especially mean, extra, and “acts out” when it comes to Gourry Gabriev, the swordsman and love interest of Lina Inverse.

She’s bossy towards him more than others but is bossy in general.

Sometimes she’s not honest with her feelings when it comes to so-called matters of the heart. But is otherwise brutally honest,s straightforward, and doesn’t give a damn about what people think.

Strong, feisty, but still has a for side and knows what she wants out of life. 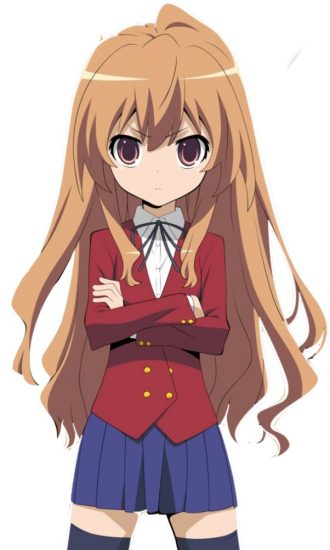 Another type of Tsundere you see a lot in anime is the abusive Tsundere.

This is the worst type of Tsundere regardless of their character development later, or some fans’ interest in these Tsundere’s eventual growth.

Taiga Aisaka is one of these Tsundere and she’s seen punching, kicking, and essentially abusing Ryuuji Takasu in the first 5 episodes of .

It’s a source of annoyance for some fans who’ve watched the series.

Later on, we see her background story, how she came to be the person she is, and why she acts a certain way towards other Men. And then she gets character development and that leads to .

Taiga is short for her age and this is a part of why she’s insecure. 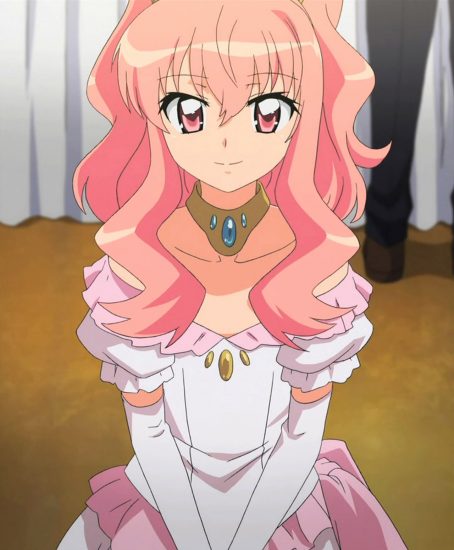 You also have characters like Louise Francoise who can be considered the most abusive Tsundere there’s ever been in anime history.

In this /romance, the main male character is summoned to another world and then finds himself in the presence of Louise who’s a princess. She takes him captive.

She then literally abuses him physically, whipping him, leaving marks on his body and more. And the anime turns this into a so-called “relationship” down the line. 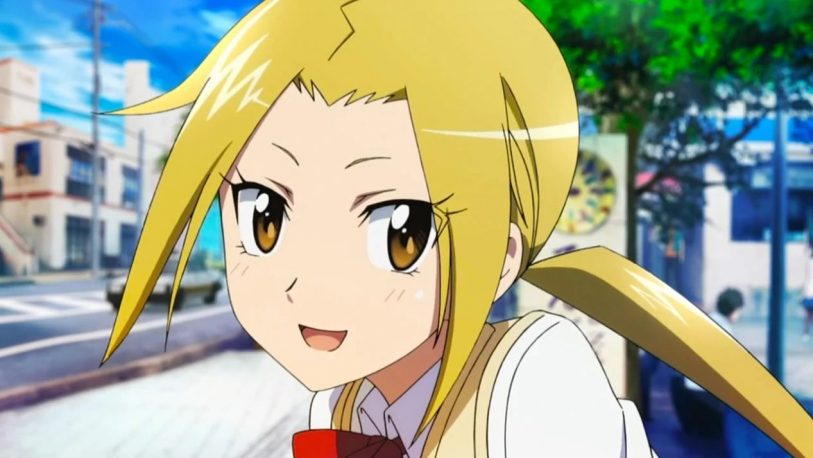 In the anime Seitokai Yakuindomo, the character Suzu Hagimura who’s part of the student council is smart, intelligent, witty, and has a high IQ.

She’s the smartest girl in school if measuring IQ alone. And yes, she has some Tsundere personality traits to go with her unique character.

She often tries to prop up her confidence by standing in high places or chairs, platforms, etc, because she’s so short and this makes her feel better about her height insecurity.

She plays it off at times but her interest in Tsuda (on some level at least) tends to be brushed off in a typical Tsundere fashion.

Intelligent Tsundere’s like Suzu Hagimura are definitely not the most common.

No character other than Vegeta is best for an example like this. Vegeta is a Saiyan, a warrior race who are proud, strong, love to fight, and age better than most.

Vegeta is the perfect example of a male Tsundere who also gets easily embarrassed when the theme is or love related. He’s also introverted so he tends to not say too much even in moments like this.

One thing above all with Vegeta is he’s a proud Tsundere, meaning a Tsundere whose pride is their strongest and most obvious trait.

Pride defines Vegeta’s personality and is part of the reason he works so hard, has so much hustle, has attained many things by himself, and is able to independently achieve great things in life.

Even when the odds are stacked against him.

Related: 15 Anime Characters With The Most Pride 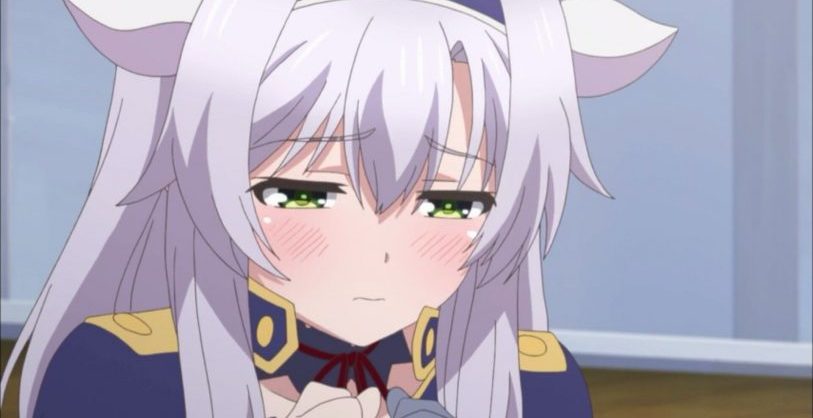 When I say “furry” I just mean Tsundere characters who are some type of animal, or they have furry/cat ears, etc. The character Sistine Fibel fits that role.

She’s from the anime series Rokudenashi, an anime adapted from a in 2017 with enough material for a 2nd season someday.

Sistine comes from a privileged family and she wears that badge with honor and pride. She’s far from lazy and is more dedicated than most people without any money or privilege.

Her furry cat-style ears have earned her the name “white cat” by her professor Glenn Radars, a nickname she hates. 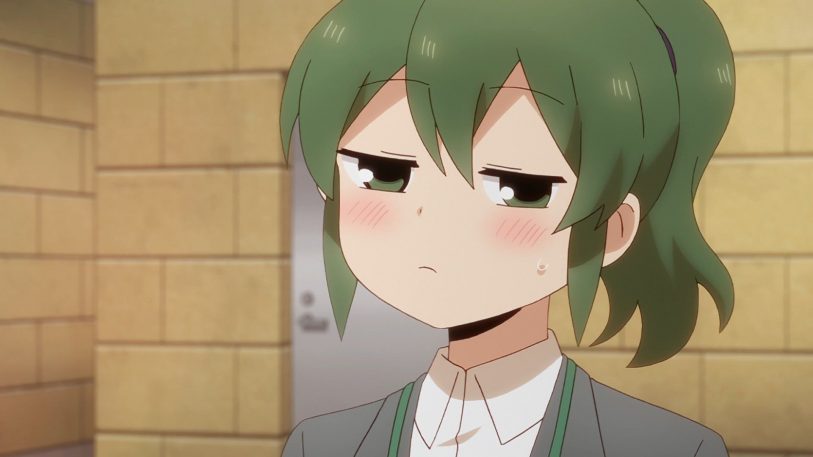 Remember Futaba Igarashi from My Senpai Is Annoying? She’s the type of Tsundere. The one who despite her Tsundere ways, she has a pleasant personality and isn’t abusive in the slightest.

Least of all arrogant, pretending to be cold, or whatever else.

Igarashi like a lot of small characters is insecure about her height, and it shows. She’s in her 20’s after all. She’s easily embarrassed and sensitive, but more than anything else. 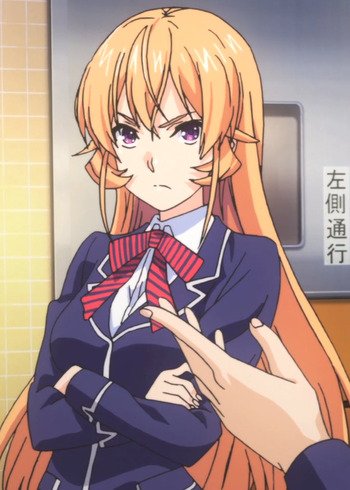 And then we have the types of Tusndere’s (called Himedere) who are rich, wealthy, arrogant, cocky, overly confident, or a mixture of those things.

One character that comes to mind is Erina Nakiri. She’s from the anime Fodo Wars, a -style anime focused on food competitions, battles, and creative .

Erina acts like royalty, stereotypically, and thinks she’s far above anyone and everyone else. She appears to be arrogant and will use her influence to get the things she wants or feels entitled to have.

Underneath all that baggage is someone who’s much softer, thoughtful, and nowhere near as savage as they portray themselves to be.

In the end, her privilege is what defines her character mixed with her Tusndere nature. If You’re Looking For Anime Tsundere’s, Here Are 22+ Of The Best!