Anime body diversity is a topic not many touch on, if at all. So I’ll gladly do it.

When I think of “anime’s designs have changed over the years. And over the last few decades.

In 2020 it becomes even more obvious when you look at the range of styles, shapes and how much characters “weigh” based on appearance.

First I’ll start with why.

Why Body Diversity Has Changed:

1. Blame it on the beauty industry

The beauty industry is alive and well in Japan. And in the world. But we’re talking about so let’s focus on Japan.

Beauty standards in general point to one thing: skinny or slim bodies. You’re not beautiful if you don’t “fit” these standards.

This is true even if you’re “thicc” or you’ve got some meat on your bones like Nozomi Tojo from Love Live. 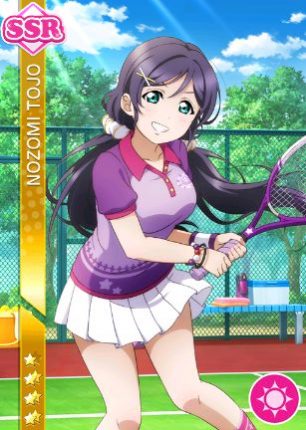 This “standard” effects WOMEN more than Men by such a large margin it’s ridiculous. That’s why a lot of women can be insecure about their weight and how they look.

Models in Japanese society are anything BUT skinny or slim at most. And this bleeds into the many shows that are being produced by the Japanese.

Your environment plays a big role in your mindset and how you “portray” that in your art after all. There’s no denying that.

It’s clear as day anyway, a blind man can see it.

2. Japan’s culture is unique compared to most 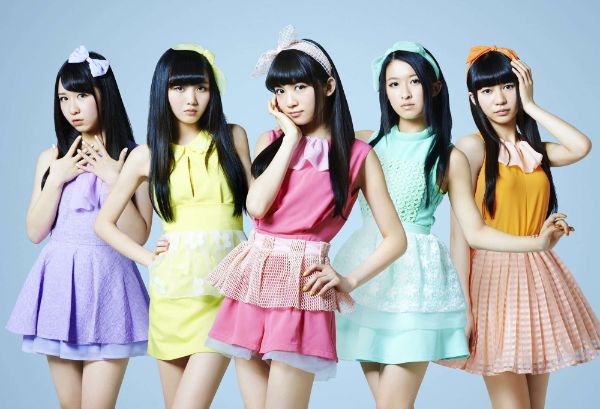 In a lot of countries it’s true that generally if you’re fat or obese, you’re gonna be judged, shamed and people will even find you disgusting.

It’s a depressing truth but a truth no matter how much you try watering it down. “Overweight” isn’t the beauty or body standard that’s pushed, praised or highlighted.

This is true even in the USA.

But in Japan? They’re a unique bunch.

Obesity in Japan is as rare as seeing a unicorn running down the main road in a big city.

Japan’s influence is when it comes to ”body” ideals. 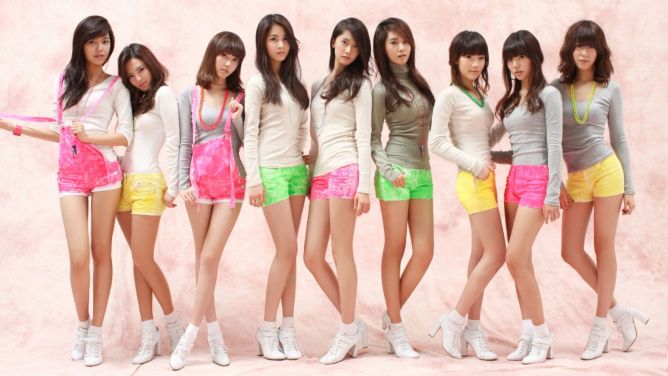 The only time you’ll see an obese or even overweight person in Japan is when they’re Sumo Wrestlers.

This is a sport so it’s by choice and it’s accepted for that reason. Take away the sport though and the chances of seeing it are next to impossible.

Like I said before – even being thicc or having some meat on your bones can be considered “not” ideal. So it’s no wonder has a lack of body diversity, generally speaking.

Relevant: This Is Why Anime Characters Are So SKINNY With Perfect Bodies

3. Japanese creators don’t see it as an issue

And it’s not an issue in a literal sense.

caters to a global audience and features anime characters of different skin tones and stories.

That being said – is predominantly focused on pleasing its Japanese audience. As it should, Japan’s the motherland of .

In Japan like I said – most people aren’t overweight, thicc or anything of the sort. Skinny is the ideal, with slim being close to it.

From this point of view it only makes sense to portray and design characters who represent Japanese body types, and Japanese society as a whole. It doesn’t make sense (from their general point of view) to create a range of body types just for the sake of pandering.

From an artistic point of view it’s a good idea because it creates variation and gives fans (female fans especially) more room to connect and relate to a wider set of characters.

If there’s more body diversity in , the fans watching can connect and see themselves in the characters a lot more.

How Body Diversity Has Changed (Or Not):

I’ll start off by mentioning old school anime from the 80’s and work my way up to in 2020.

I’ll obviously skip some years since we can’t be here all day, and it’s not necessary to make my point. 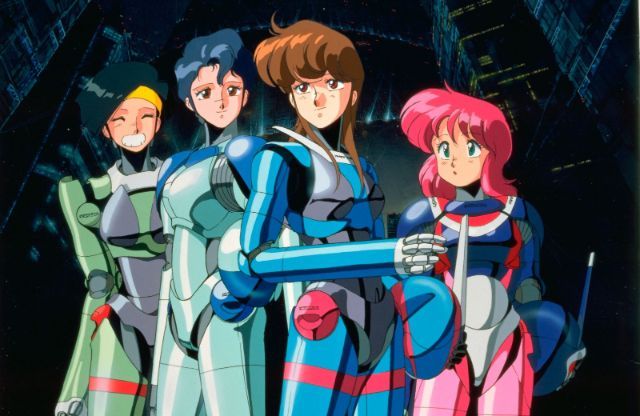 The designs here are even “less” diverse if we wanna be literal. But I wouldn’t say they’re over the top skinny either.

Even if they are in suits….

Here we have more realistic and relatable body types. And they’re more in the realm of “realism” than they are fiction.

They aren’t dozens of women in this , but for the characters featured none are stereo-typically skinny. 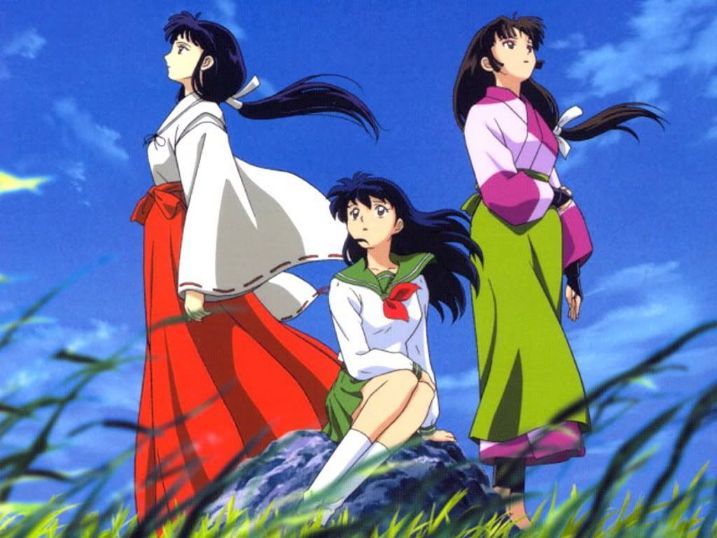 Inuyasha (2000) maintains the old school style of designs. But still manages to not fall victim to fitting a typical beauty standard (not literally).

There’s little here to speak of though.

Say what you want about the but when it comes to body diversity it has more range than many new shows. Especially the cliché ones.

I doubt tried to be this way, but it just ended up like that anyway because of the creativity of the authors I guess.

Look at these hotties in . Look at their designs.

Is there so much diversity that you can point out each and every body type? Absolutely not. But that’s besides the point.

Old school seemed to have done a better job of having “range”. Thicc, chubby, slim, skinny, and everything in between. 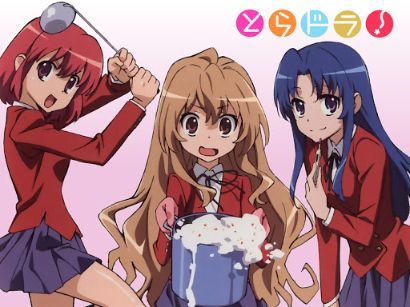 Toradora comes into the picture by 2008. And the designs for these types of shows (during this era especially) are skinny as F.

There’s absolutely no difference here at all.

Every character fits the bill in the most obvious way possible. 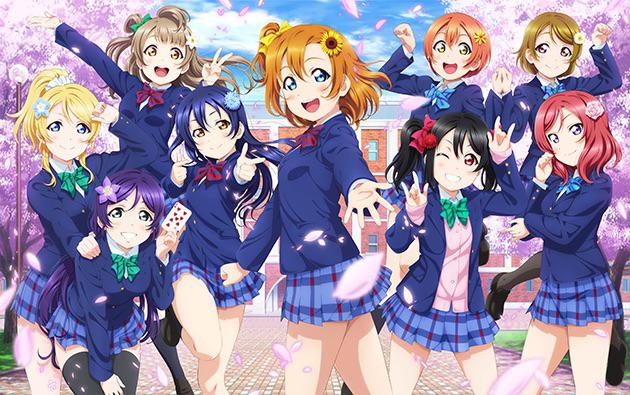 Down the line we end up with Love Live (2013). An idol full of girls everywhere you look.

Other than Nozomi Tojo, most characters fit a typical body style.

There’s not much else. 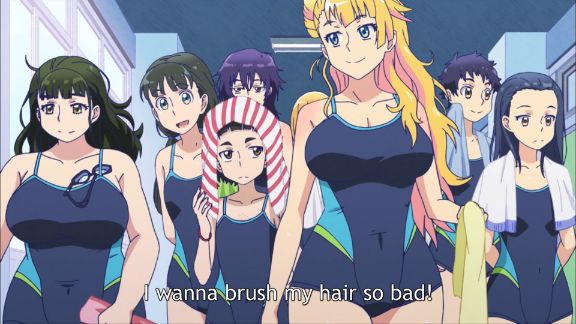 Then we come across Galko Chan, released in 2016.

This is one of the few , whether comparing with new or old, that has more body diversity to its characters.

You have chubby, thicc, skinny and everything else you can imagine.

It wouldn’t surprise me if this is appreciated by a lot of female fans.

Here we can see all the designs of the female characters.  Most of which are the same and don’t have much variation.

In the end – most of character designs, even from a male point of view doesn’t show much diversity at all.

Even if we analyzed every on the planet you’d come up with patterns pointing to what I’ve already said. 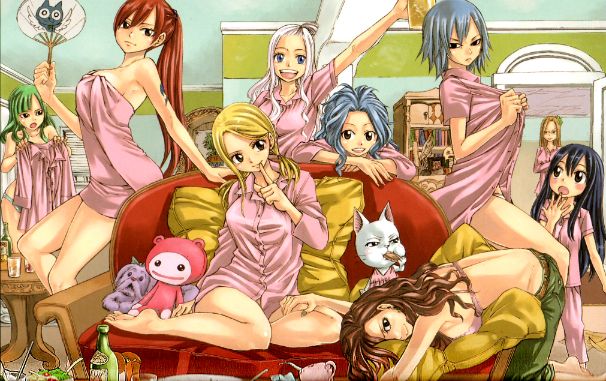 anime that has “diverse” body types in the last decade.

There’s so many female characters in of all shapes and sizes. But it’s limited. And they’re not just from a fan service point of view either.

Same is true for the male characters if you wanna go there. But few (including ) take it to the level of Galko Chan.

They don’t “need” to do it, but it will open up more doors for representation and female fans who’d like to see more of it.

Designs have evolved, but just not in a way that’s blatantly obvious.

What do you think about body diversity?

11 Of The Healthiest Anime Boys And Girls In Mind, Body & Spirit

34 Of The Best Anime Waifu’s