Shows like Dragon Ball Z have inspired fans to stay fit and healthy.

So there’s no reason healthy anime characters can’t do the same thing for some of us, right?

Even though they’re not as common as you’d think, some characters have healthy lifestyles.

Some of which are worth mirroring, taking inspiration from, or learning from at the least.

Let’s take a deeper look and show some relevant characters… 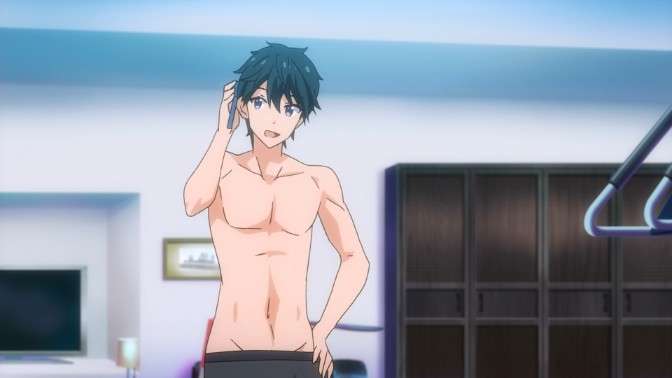 The premise of the story: Masamune was a fat kid in the past, when a girl he likes turns him down.

And so – he wants revenge.

The changes Masamune goes through is if you’ve dealt with weight problems yourself.

I mean, going from overweight to physically fit, muscular and disciplined is a big deal.

He even goes as far as monitoring his diet and the types of foods he chooses to eat.

Goku’s essentially the animated version of Bruce Lee. So it’s no wonder he’s so healthy.

Physically, Goku trains like his life depends on it. And he tends to eat some of the best meals.

So it’s no surprise Goku’s one of the healthiest anime characters around.

You didn’t think I could mention Goku without including Vegeta, did you?

While Goku trains like his life depends on it, Vegeta takes it a step further.

There’s no debating Vegeta trains more often than Goku does.

And being the husband of Bulma, the food he has is probably some of the healthiest a man could eat. 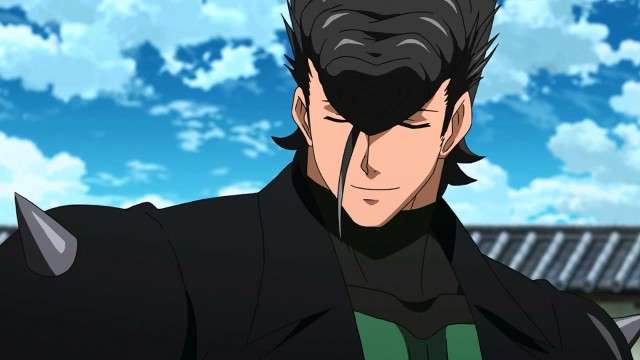 Bulat’s one of those “ripped” guys you’d come across in the gym.

Except that Bulat is too self-assured to go out of his way to “prove” it.

He trains every morning to stay in shape, and occasionally has a good meal here and there as well. 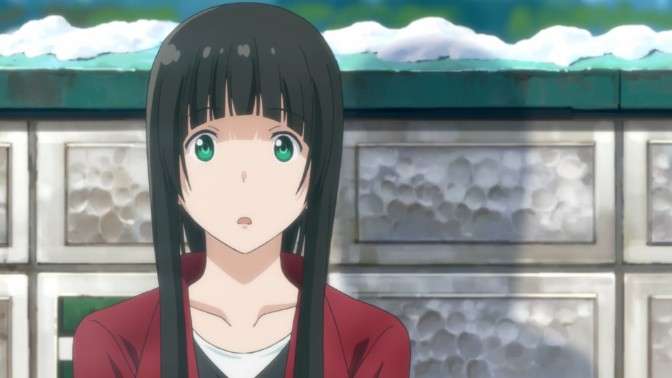 Makoto’s a 15 year old girl who’s a witch in training.

She’s the type of character who’s responsible, positive and approachable.

But that aside, her lifestyle suggests she’s the healthy type. Both in mind, body and spirit.

And there’s no better “healthy” than that. 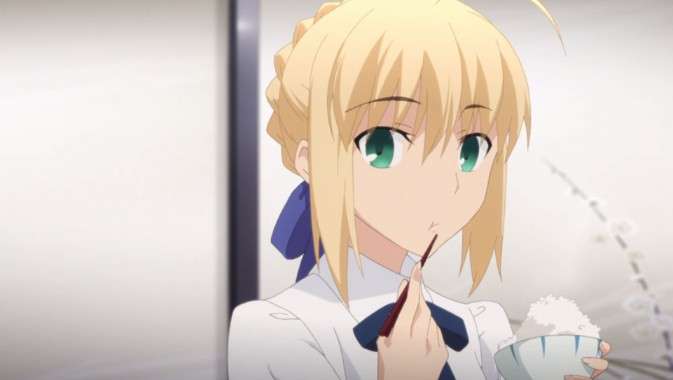 In Fate Stay Night, Saber’s discipline as a knight carries over into the kitchen. And at the dinner table.

She’s not one to over indulge, and she’d prefer a healthy meal over junk food.

Also, physical training is part of her schedule. 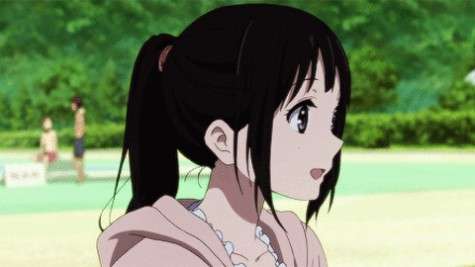 Eru Chitanda’s the type of girl who’s curious with a passion, and handles difficult situations without stressing out.

And she’s a skilled cook in the kitchen too. Preferring healthy meals over “quick” food.

You could say these positive qualities come from her unique family lineage.

And most of all – her refreshing perspective. 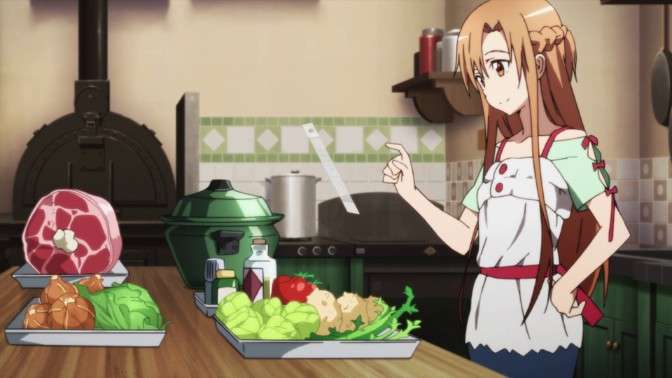 We’ve all seen Asuna Yuuki in the kitchen.

So it’s obvious why she’s in good shape (because she’s health conscious).

When you have the skills to whip up a good meal that tastes too good to be true, that’s just how it goes. 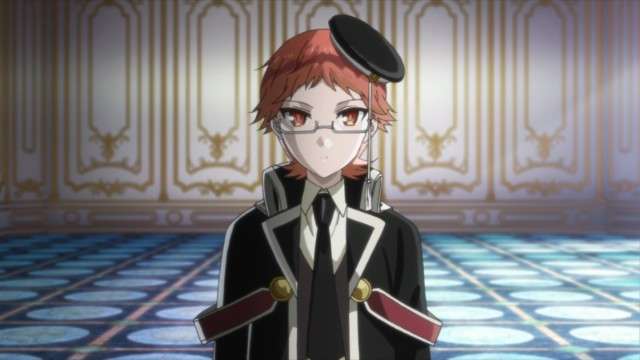 Heine spends his time grooming and teaching 4 young princes within a luxurious palace.

So eating the finest meals is a natural part of his work and lifestyle.

But Heine’s also the kind of guy who values education, self-improvement and learning from others.

Add his humble, calm perspective and approach to life and you start to see why he’s such a healthy character.

In more ways than one.

Related: 9 Heine Wittgenstein Quotes To Give You A Dose Of Inspiration 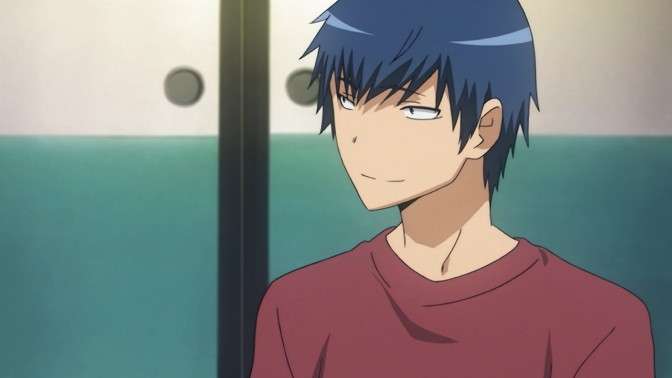 Ryuuji’s the kind of guy some people would stereotype as a “woman” because he can cook.

But if you’re open minded you know that’s a bullshit way of thinking.

Ryuuji is an expert cook who even knows how to cook better than his mother.

And similar to Masamune Makabe, he’s health conscious when it comes to eating. 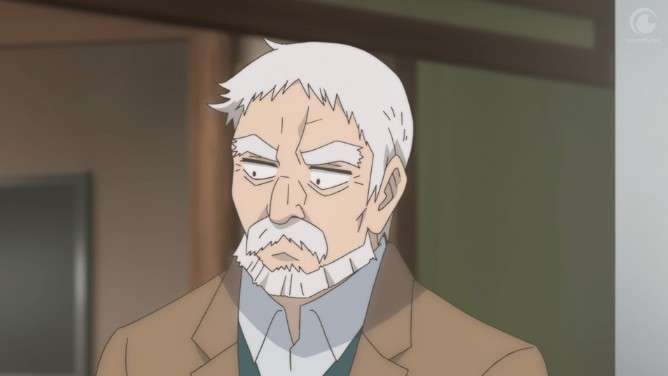 Zouroku’s around 69+ years old and yet he’s mobile enough to live his life without any help.

He also runs his own business as a florist.

From a health point of view, Zouroku’s the ideal character.

I mean – who doesn’t want to look that good at 69 years old? And still be healthy in both mind and body?

I love Zouroku for that reason, as he’s one of the best examples of “older” healthy anime characters.

Who else would you say Is a healthy anime character?

Recommended: 20 Of The Calmest Anime Characters