Zabuza Momochi is a tragic character in , and one of the earliest characters to have a major impact in the series.

He’s a man who did what he had to do, and got his share of unfairness growing up in the world.

This extends to his partner Haku, and his personality on the surface (brash, tough) is far from the feelings hiding deep within.

This post will reflect on these moments, emotions, perspectives and lessons from .

Here’s the best lines Zabuza has to offer! 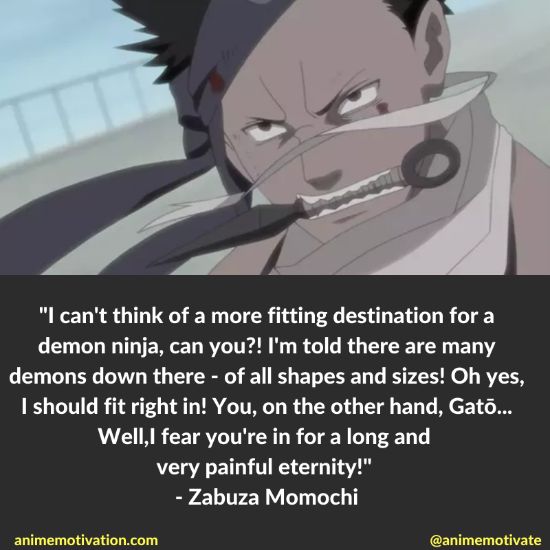 “I can’t think of a more fitting destination for a demon ninja, can you?! I’m told there are many demons down there – of all shapes and sizes! Oh yes, I should fit right in! You, on the other hand, Gatō… Well,I fear you’re in for a long and very painful eternity!” – Zabuza Momochi 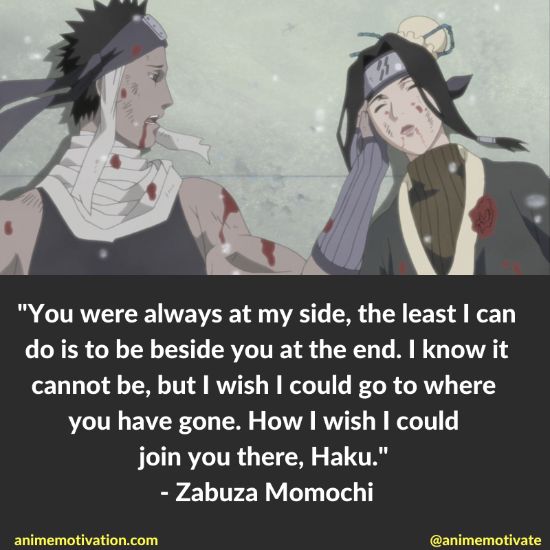 “You were always at my side, the least I can do is to be beside you at the end. I know it cannot be, but I wish I could go to where you have gone. How I wish I could join you there, Haku.” – Zabuza Momochi 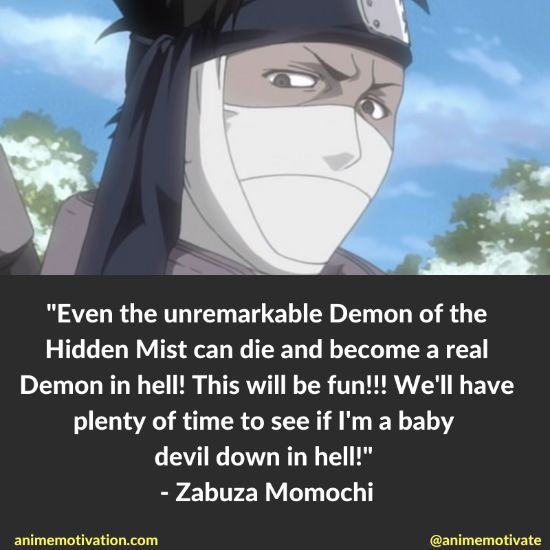 “Even the unremarkable Demon of the Hidden Mist can die and become a real Demon in hell! This will be fun!!! We’ll have plenty of time to see if I’m a baby devil down in hell!” – Zabuza Momochi 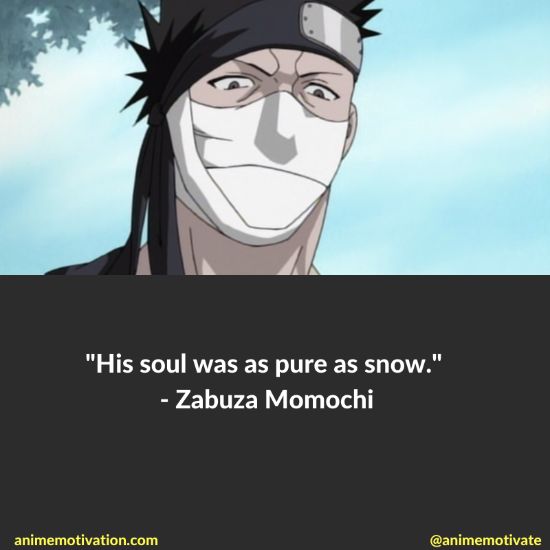 “His soul was as pure as snow.” – Zabuza Momochi 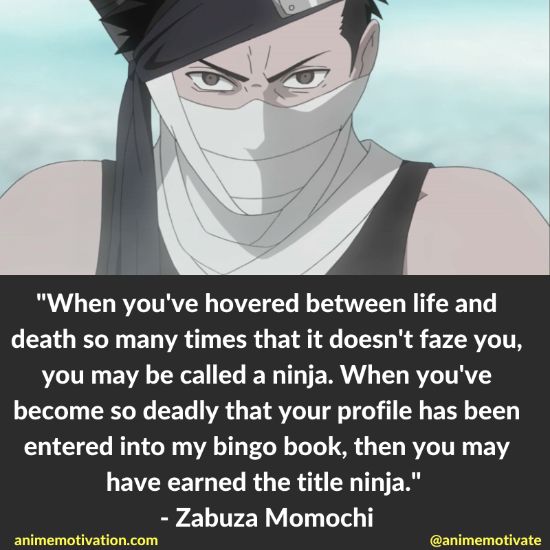 “When you’ve hovered between life and death so many times that it doesn’t faze you, you may be called a ninja. When you’ve become so deadly that your profile has been entered into my bingo book, then you may have earned the title ninja.” – Zabuza Momochi 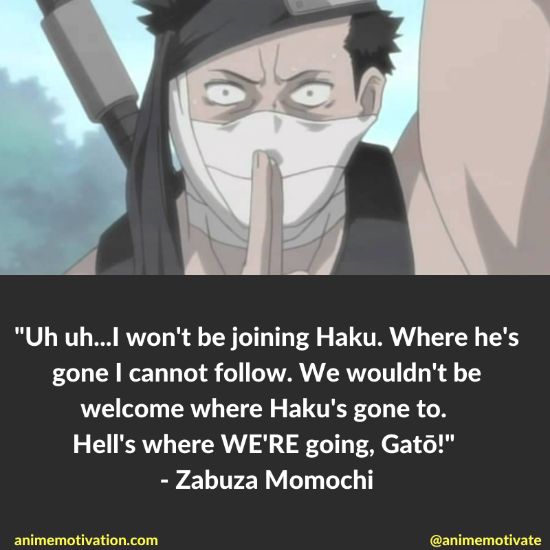 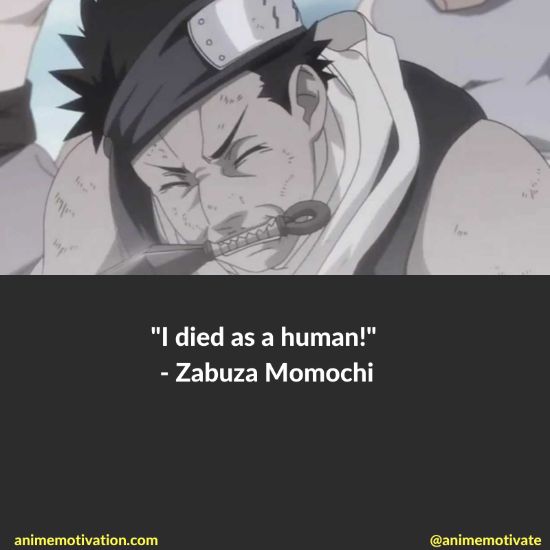 “I died as a human!” – Zabuza Momochi 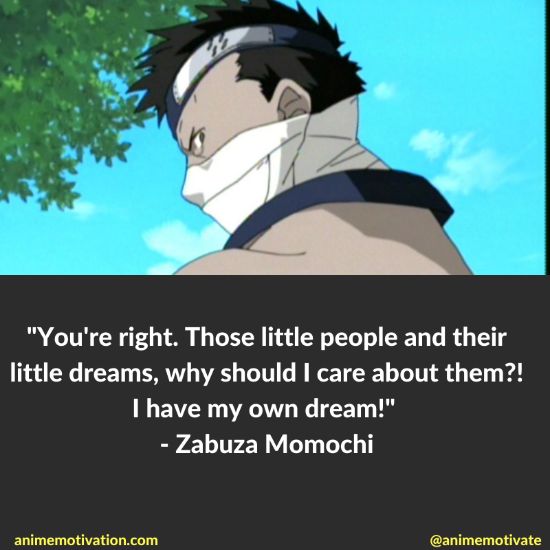 “You’re right. Those little people and their little dreams, why should I care about them?! I have my own dream!” – Zabuza Momochi 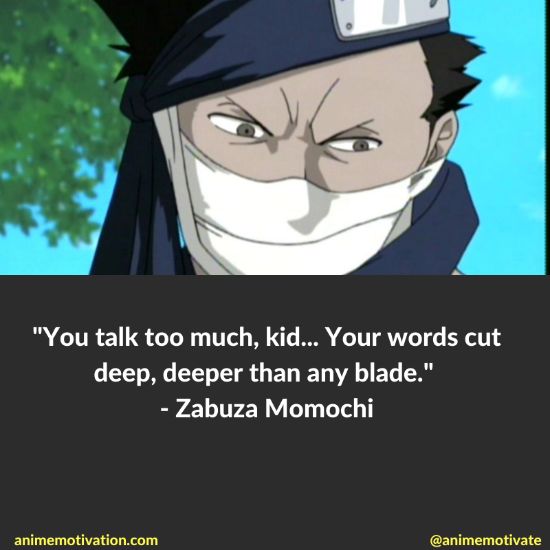 “You talk too much, kid… Your words cut deep, deeper than any blade.” – Zabuza Momochi 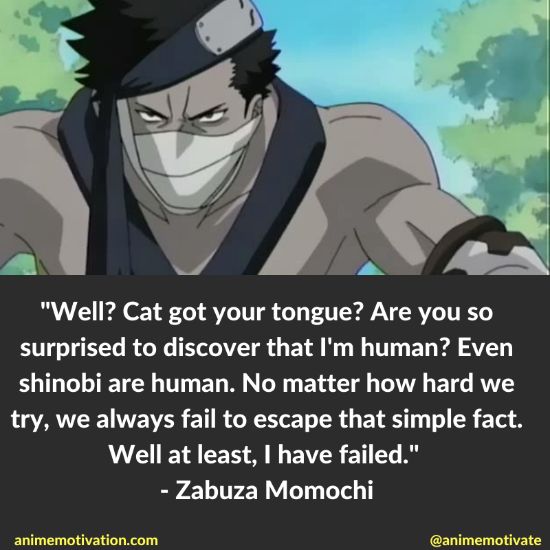 “Well? Cat got your tongue? Are you so surprised to discover that I’m human? Even shinobi are human. No matter how hard we try, we always fail to escape that simple fact. Well at least, I have failed.” – Zabuza Momochi 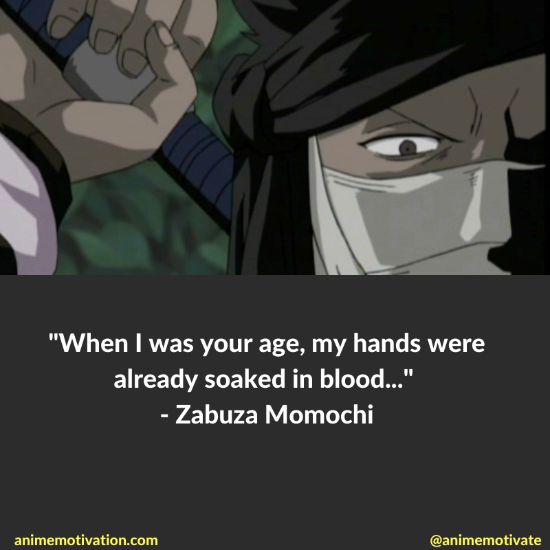 “When I was your age, my hands were already soaked in blood…” – Zabuza Momochi 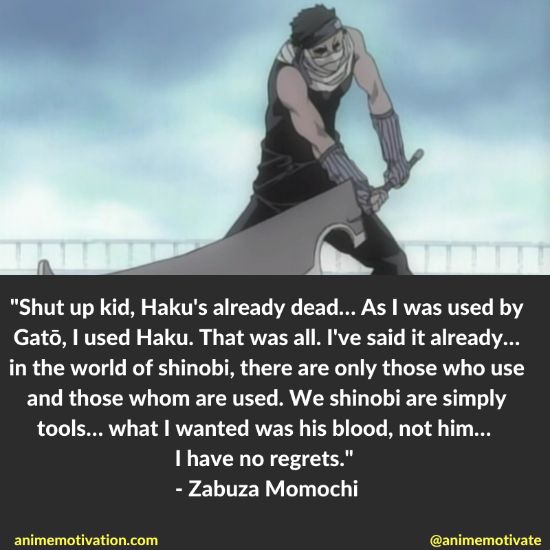 “Shut up kid, Haku’s already dead… As I was used by Gatō, I used Haku. That was all. I’ve said it already… in the world of shinobi, there are only those who use and those whom are used. We shinobi are simply tools… what I wanted was his blood, not him… I have no regrets.” – Zabuza Momochi 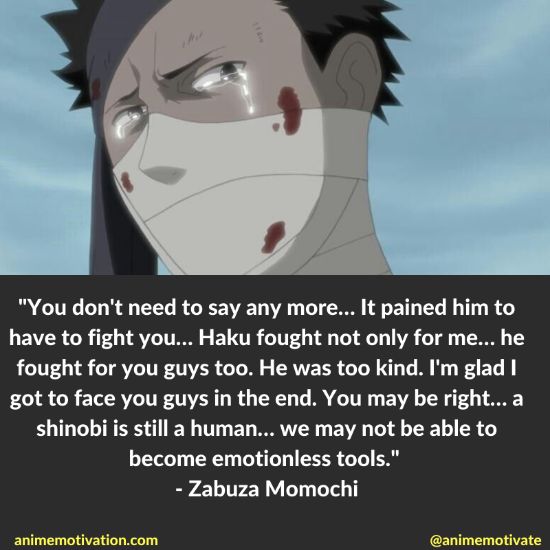 “You don’t need to say any more… It pained him to have to fight you… Haku fought not only for me… he fought for you guys too. He was too kind. I’m glad I got to face you guys in the end. You may be right… a shinobi is still a human… we may not be able to become emotionless tools.” – Zabuza Momochi