Armin Arlert is an Attack On Titan character who seems as innocent as everyone else in the beginning. And he actually is innocent like the other main characters of the show.

As time goes on, Armin is viewed as the guy who’s useless, doesn’t do much, or feels too weak to make the right moves. But death, despair, and tragic events change and shape his character.

As do many other moments in the Attack On Titan series.

Let’s focus on Armin Arlert’s best quotes from the series that highlights these aspects of his personality and experiences. 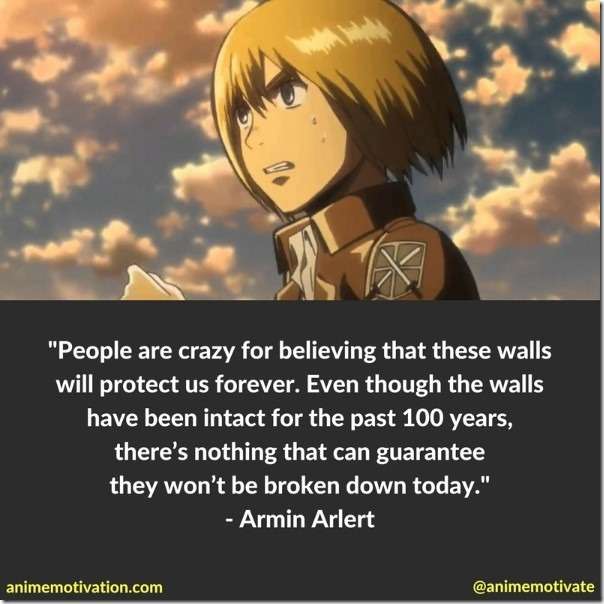 “People are crazy for believing that these walls will protect us forever. Even though the walls have been intact for the past 100 years, there’s nothing that can guarantee they won’t be broken down today.” – Armin Arlert

It’s easier to convince ourselves that things are “safe” than it is to accept reality. 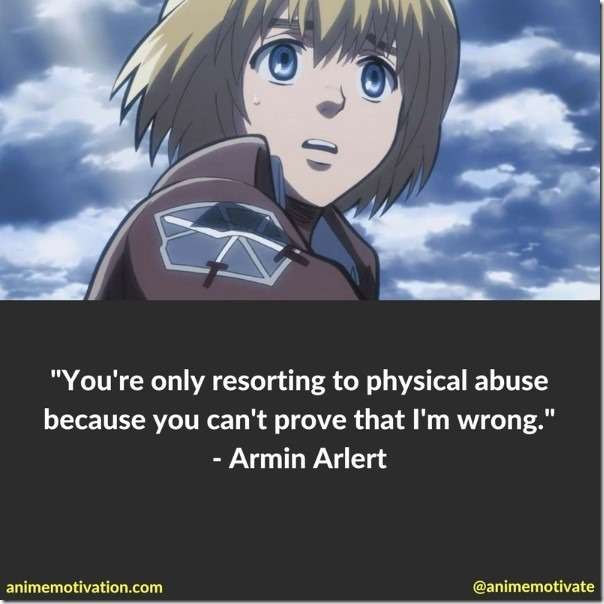 “You’re only resorting to physical abuse because you can’t prove that I’m wrong.” – Armin Arlert 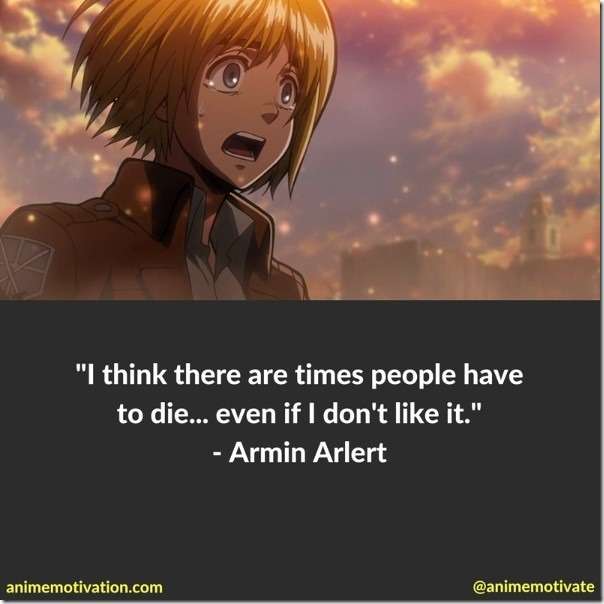 “I think there are times people have to die… even if I don’t like it.” – Armin Arlert 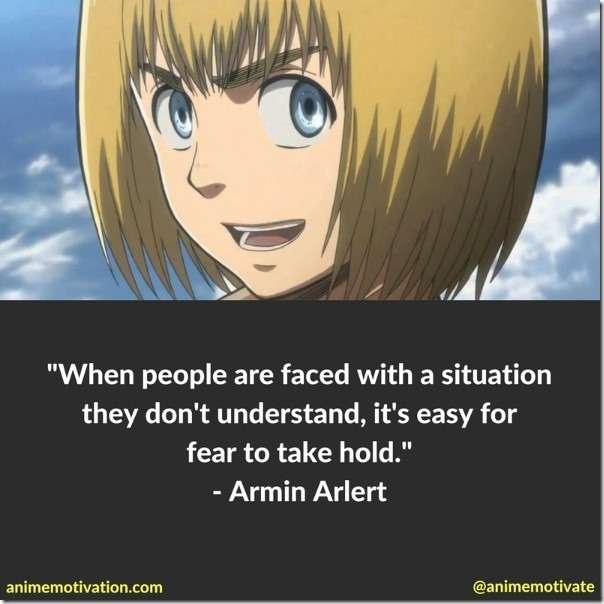 “When people are faced with a situation they don’t understand, it’s easy for fear to take hold.” – Armin Arlert 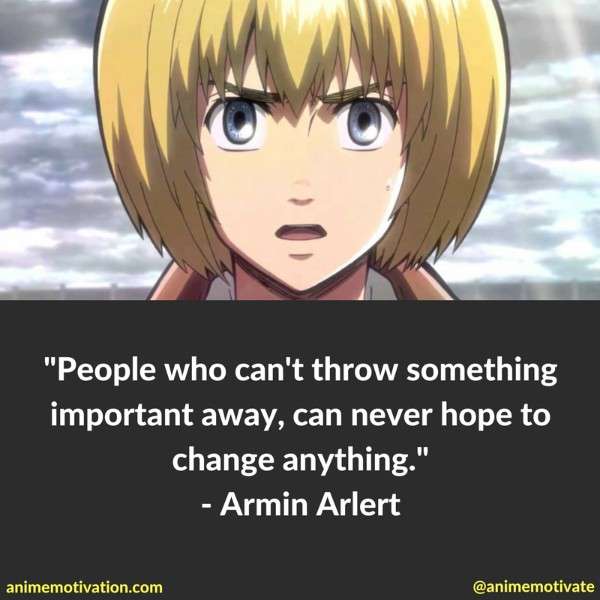 “People who can’t throw something important away, can never hope to change anything.” – Armin Arlert 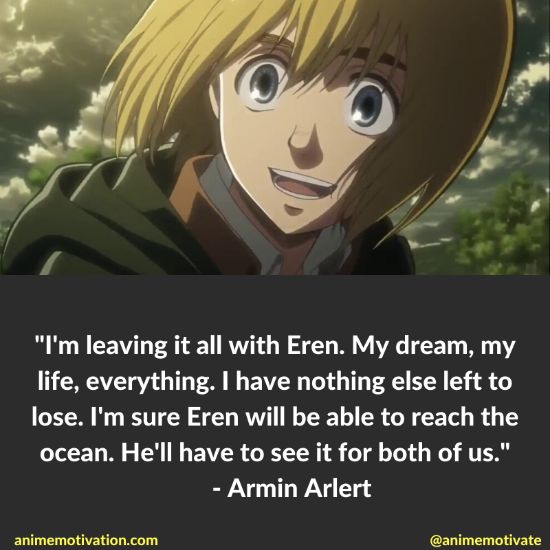 “I’m leaving it all with Eren. My dream, my life, everything. I have nothing else left to lose. I’m sure Eren will be able to reach the ocean. He’ll have to see it for both of us.” – Armin Arlert 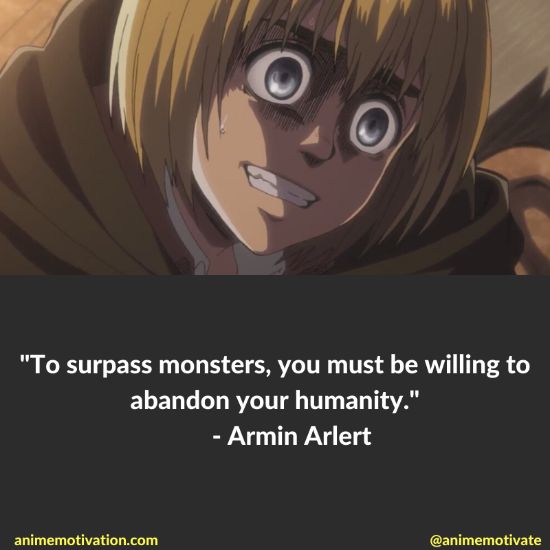 “To surpass monsters, you must be willing to abandon your humanity.” – Armin Arlert 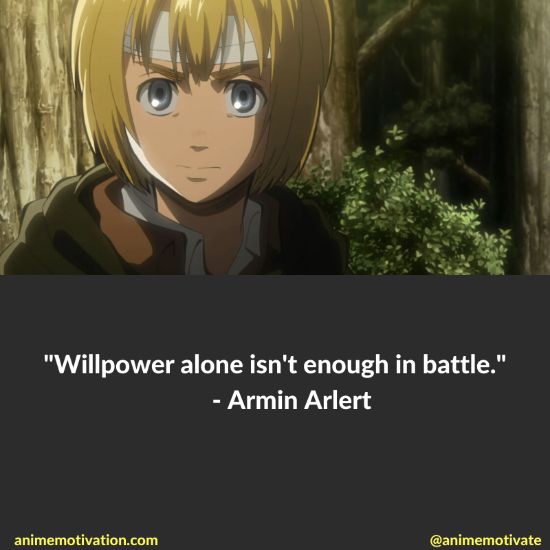 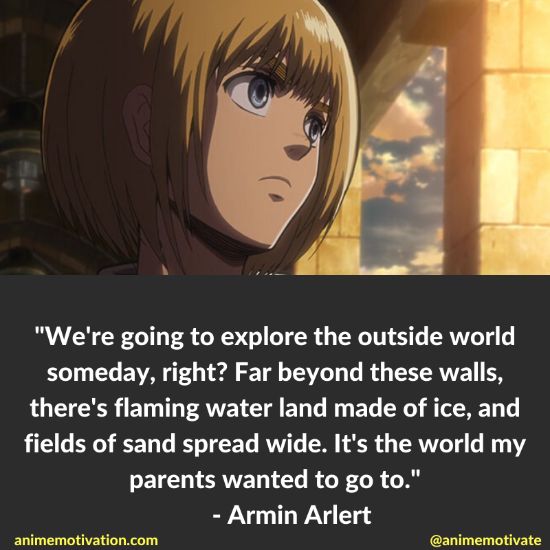 “We’re going to explore the outside world someday, right? Far beyond these walls, there’s flaming water land made of ice, and fields of sand spread wide. It’s the world my parents wanted to go to.” – Armin Arlert 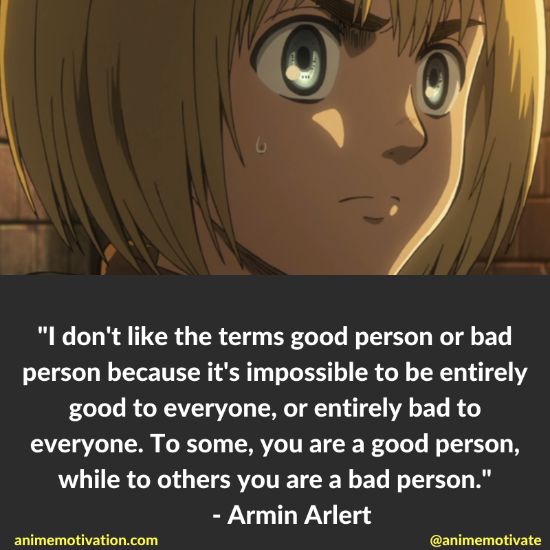 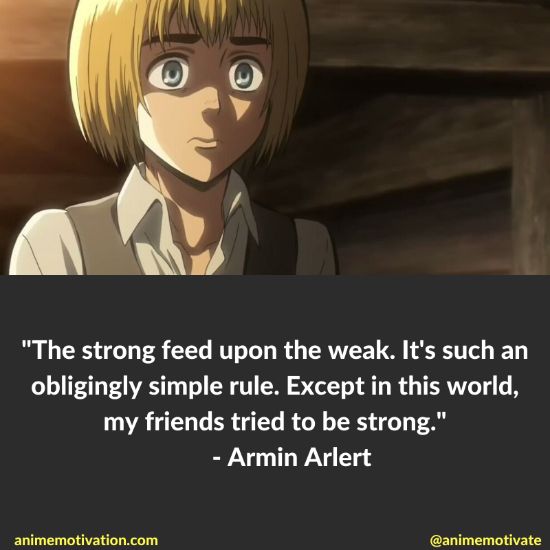 “The strong feed upon the weak. It’s such an obligingly simple rule. Except in this world, my friends tried to be strong.” – Armin Arlert 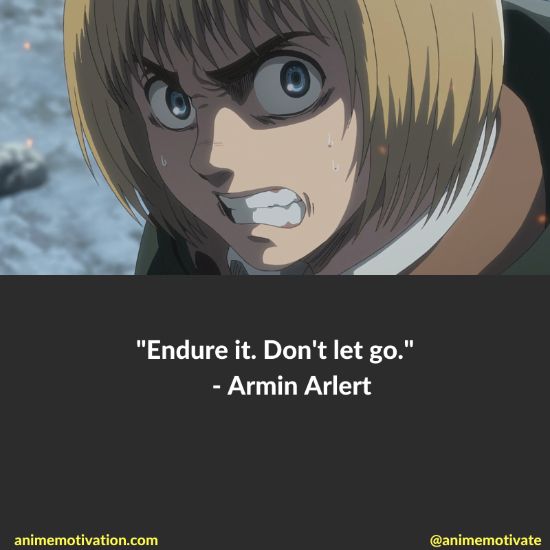 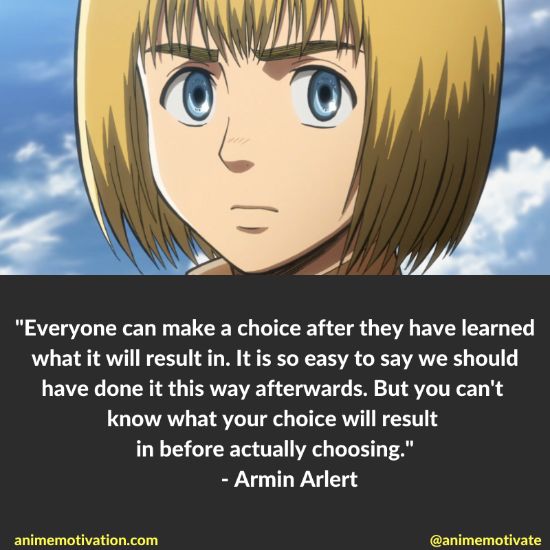 “Everyone can make a choice after they have learned what it will result in. It is so easy to say we should have done it this way afterwards. But you can’t know what your choice will result in before actually choosing.” – Armin Arlert 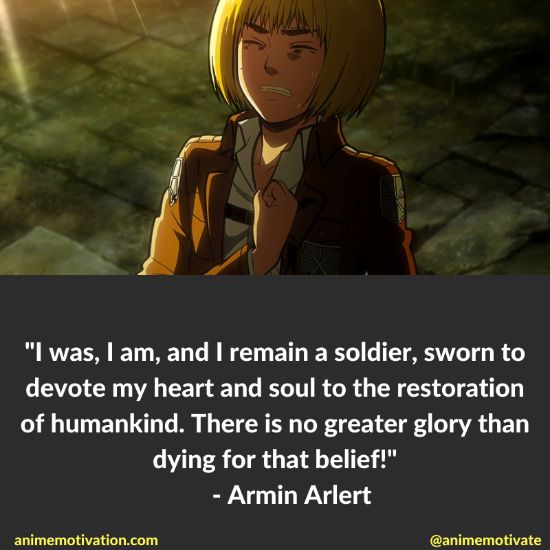 “I was, I am, and I remain a soldier, sworn to devote my heart and soul to the restoration of humankind. There is no greater glory than dying for that belief!” – Armin Arlert 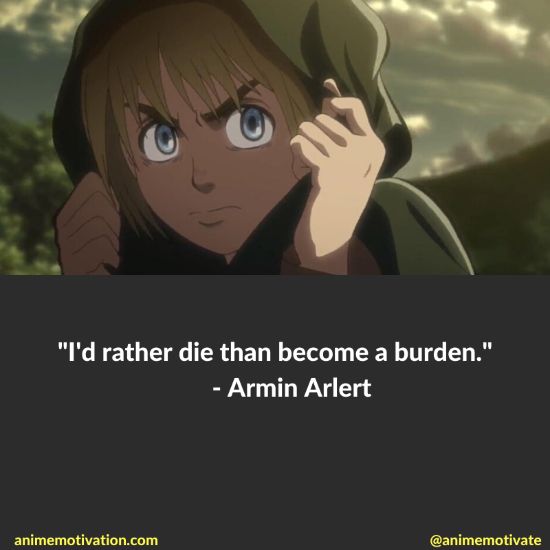 “I’d rather die than become a burden.” – Armin Arlert