Might Guy is considered one of the greatest characters in , but he’s underrated in a sense as well.

On the surface he’s a clown, a baffoon, a fool, and a guy who seemingly isn’t very smart. That’s why he’s the definition of don’t judge a book by its cover.

He’s a master of his craft, a dedicated man, and someone who goes the extra mile because it’s fun and because it’s challenging.

That makes Might Guy inspirational, a unique leader, fun to be around, and someone with many life lessons to take from. 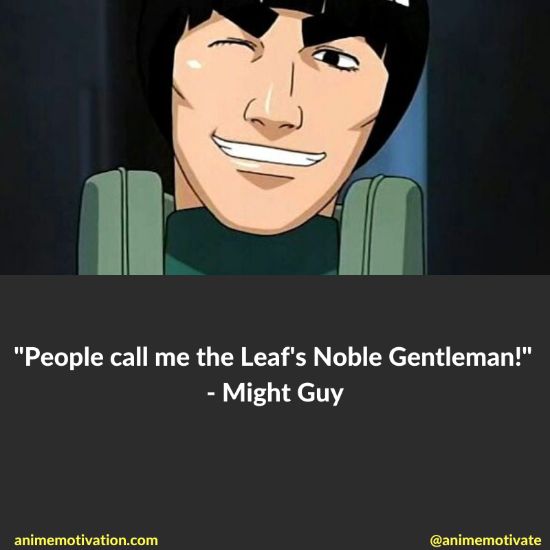 “People call me the Leaf’s Noble Gentleman!” – Might Guy 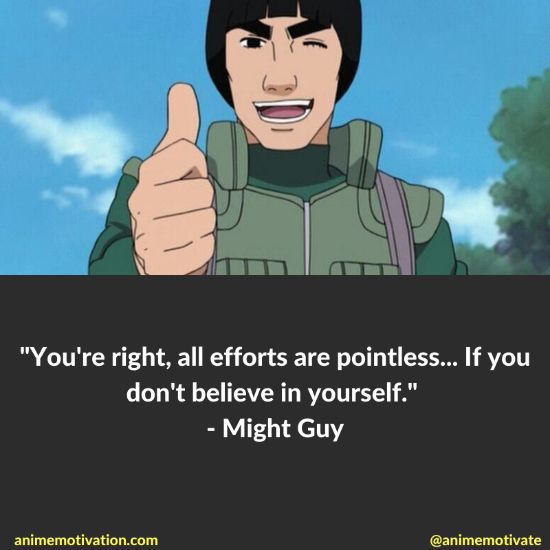 “You’re right, all efforts are pointless… If you don’t believe in yourself.” – Might Guy 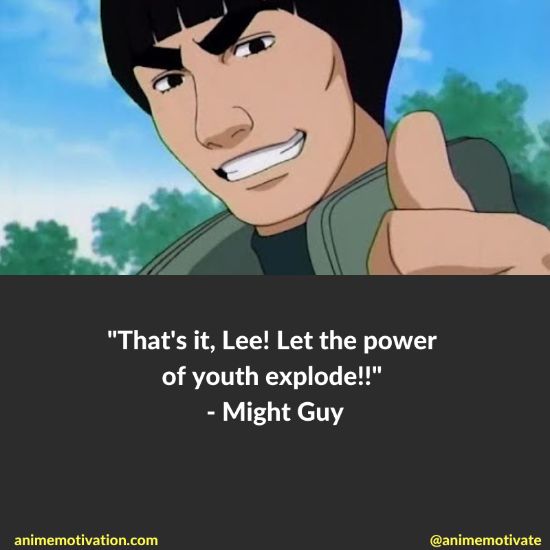 “That’s it, Lee! Run…run towards the setting sun!… But don’t mess up your hair!” – Might Guy

“It’s not always possible to do what we want to do, but it’s important to believe in something before you actually do it.” – Might Guy 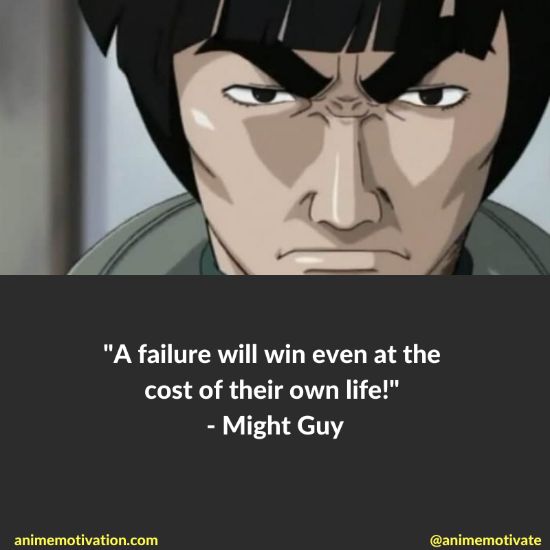 “A failure will win even at the cost of their own life!” – Might Guy 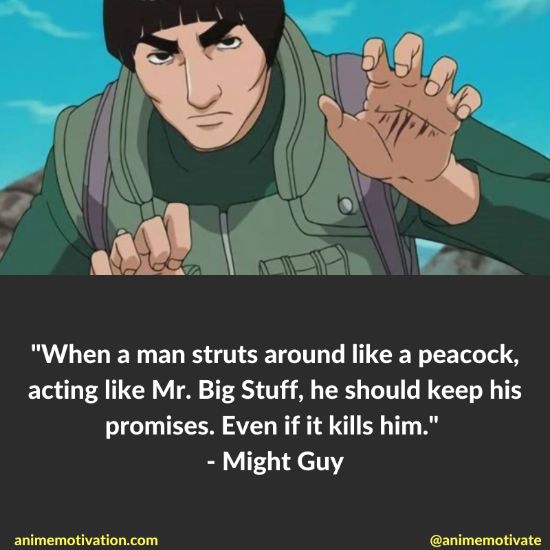 “If you want to be free from your suffering, make up your mind. If you give up on your dream, you will suffer more.” – Might Guy 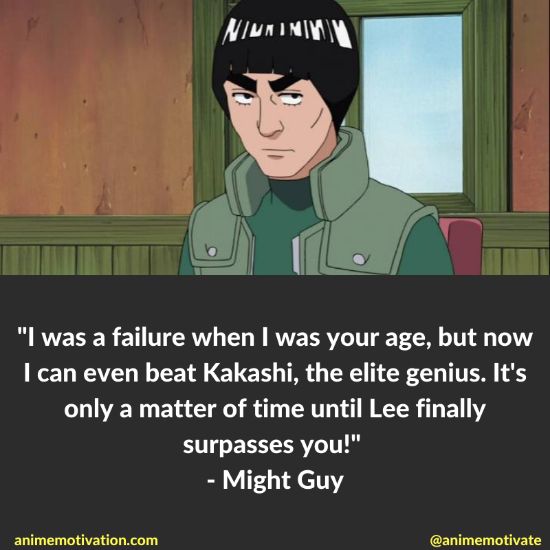 “I was a failure when I was your age, but now I can even beat Kakashi, the elite genius. It’s only a matter of time until Lee finally surpasses you!” – Might Guy

“Look deep into my eyes and accept my sincere apology! Also notice my handsome manly features.” – Might Guy 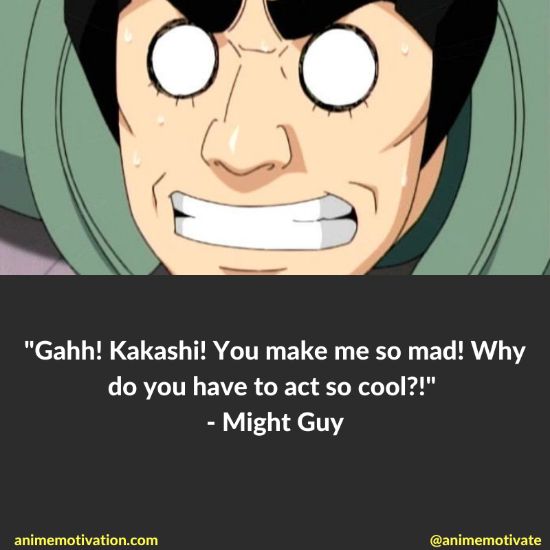 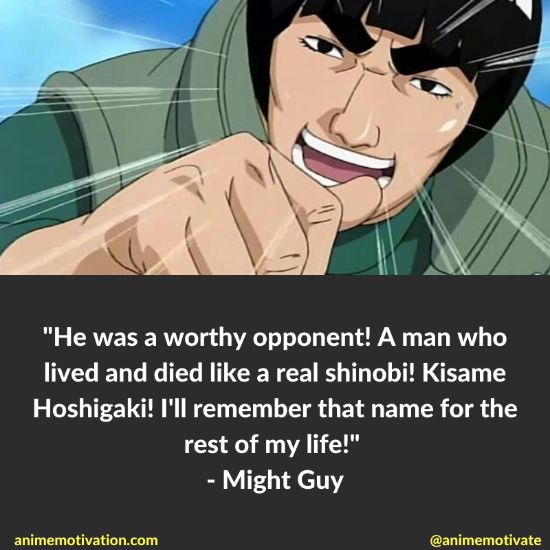 “He was a worthy opponent! A man who lived and died like a real shinobi! Kisame Hoshigaki! I’ll remember that name for the rest of my life!” – Might Guy 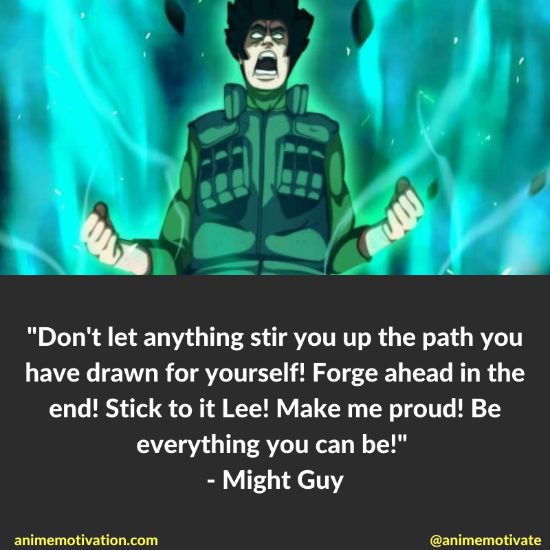 “Don’t let anything stir you up the path you have drawn for yourself! Forge ahead in the end! Stick to it Lee! Make me proud! Be everything you can be!” – Might Guy 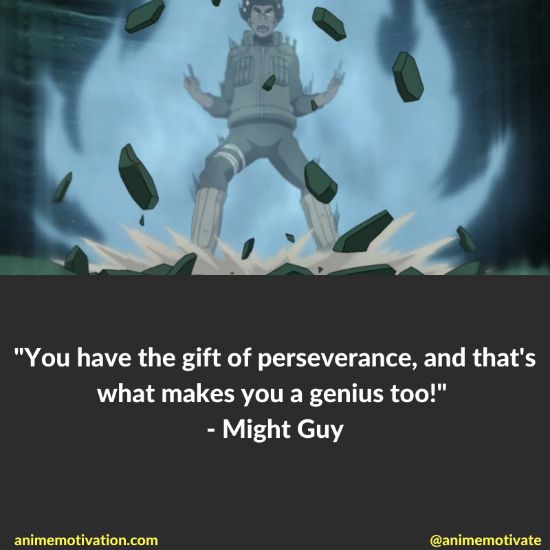 “You have the gift of perseverance, and that’s what makes you a genius too!” Might Guy 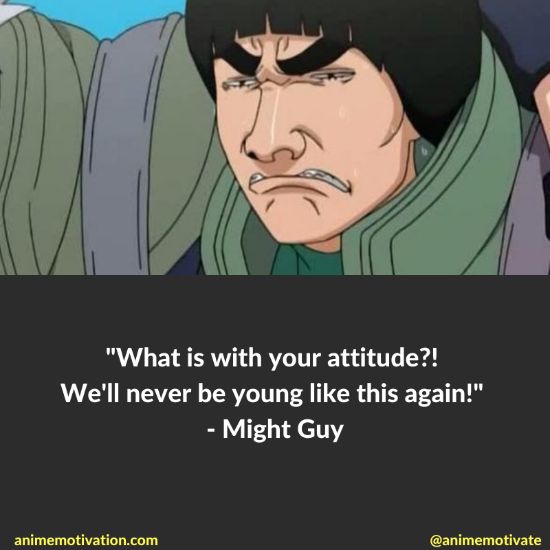 “You worked hard Lee, there’s no doubt in my mind the surgery will be a success. You have the power to shape your own destiny. And on the one-in-one thousand, no, one in a million chance something happens to go wrong, I will die right along with you. Since the day I met you, my nindō has been to train you to become the most splendid ninja possible. That’s a promise!” – Might Guy

The Most UNIQUE Shonen Male Protagonists Who Aren’t Typical