ReLife starts out as an series that throws you off balance. Because for a school it’s the opposite of what you’d expect.

And as the starts to pick up on dark elements here and there. Plus “meaningful” moments, some of the best quotes start to crawl out of wherever they were hiding.

Let’s share those amazing quotes from the ReLife school series.

Some of the following quotes are taken from: 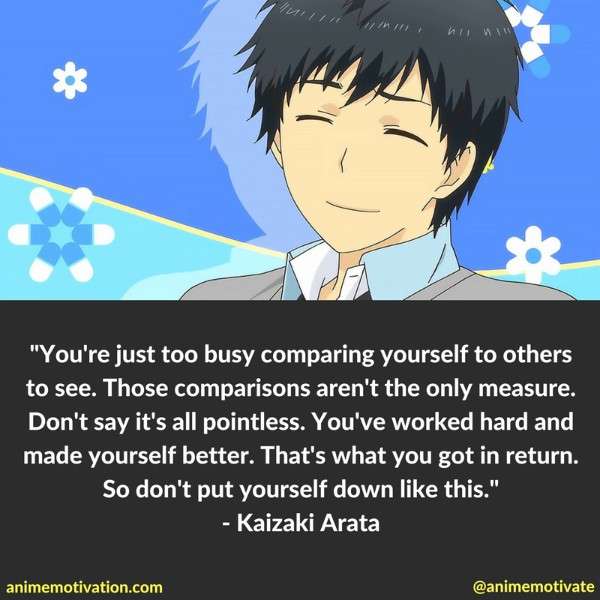 “You’re just too busy comparing yourself to others to see. Those comparisons aren’t the only measure. Don’t say it’s all pointless. You’ve worked hard and made yourself better. That’s what you got in return. So don’t put yourself down like this.” – Kaizaki Arata 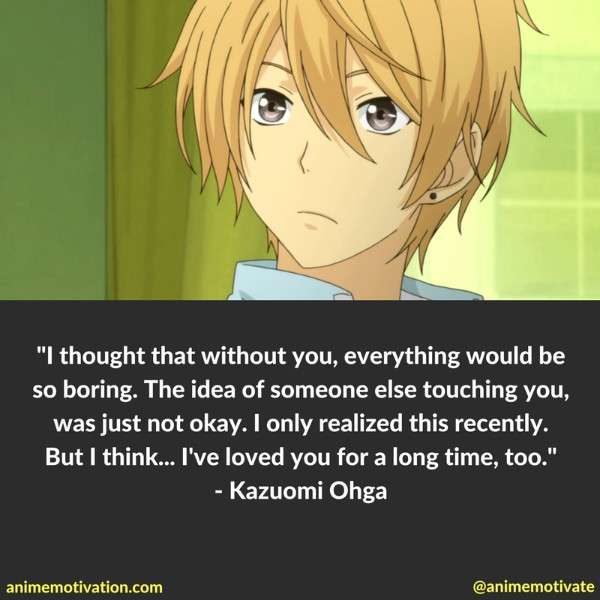 “I thought that without you, everything would be so boring. The idea of someone else touching you… was just not okay. I only realized this recently. But I think… I’ve loved you for a long time, too.” – Kazuomi Ohga 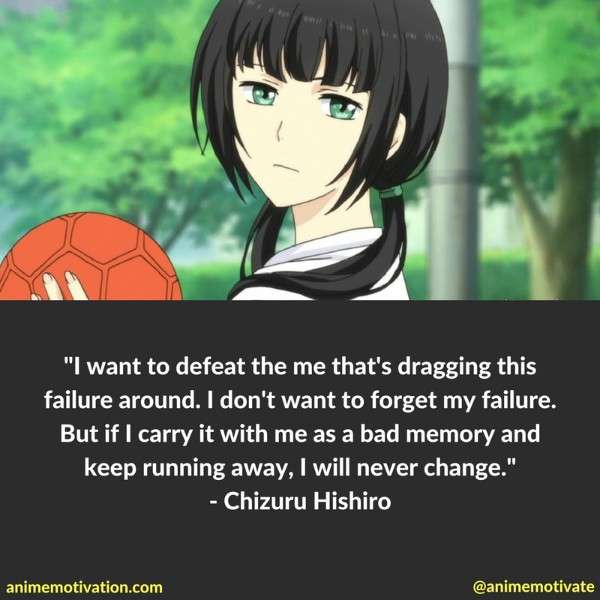 “I want to defeat the me that’s dragging this failure around. I don’t want to forget my failure. But if I carry it with me as a bad memory and keep running away, I will never change.” – Chizuru Hishiro 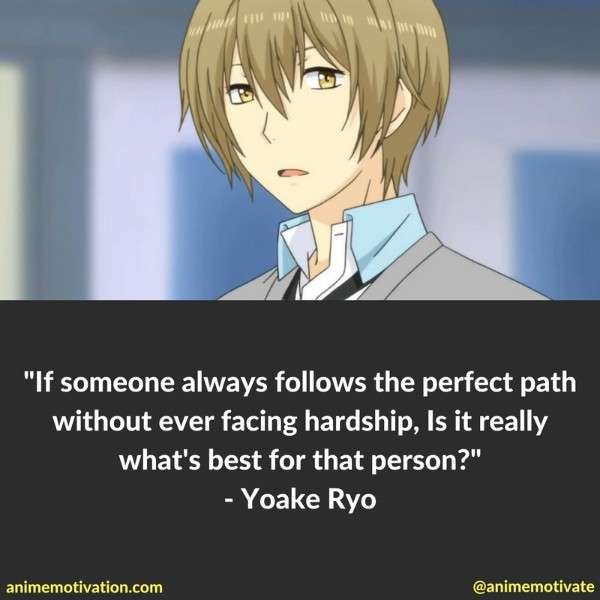 “If someone always follows the perfect path without ever facing hardship… Is it really what’s best for that person?” – Ryo Yoake 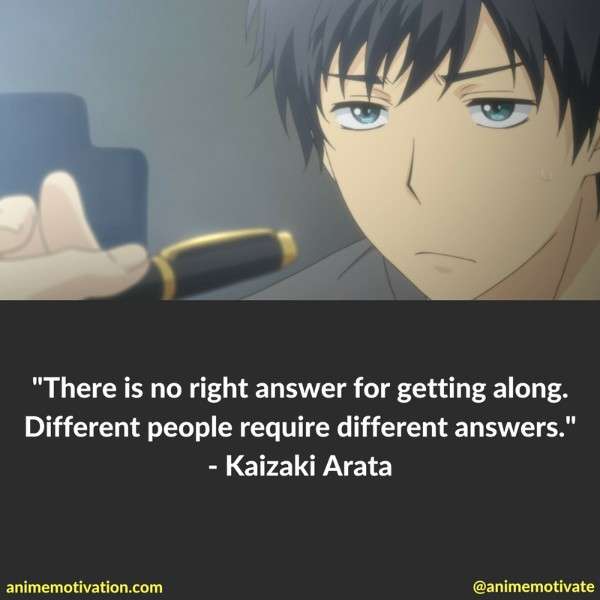 “There is no right answer for getting along. Different people require different answers.” – Kaizaki Arata 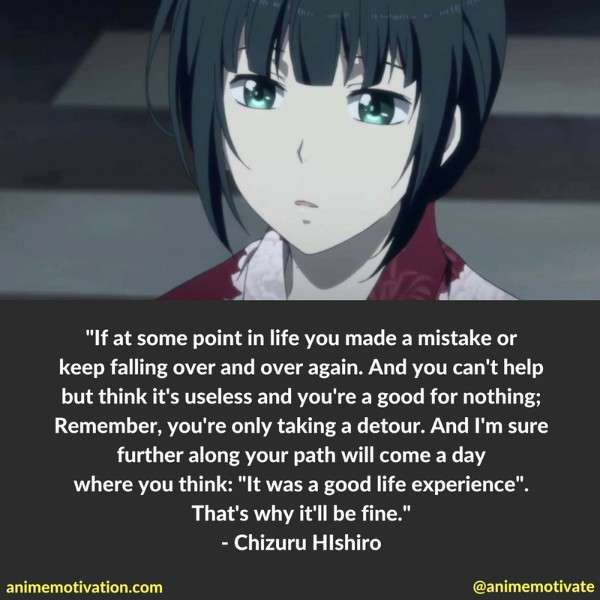 “If at some point in life you made a mistake or keep falling over and over again. And you can’t help

but think it’s useless and you’re a good for nothing; Remember, you’re only taking a detour.

And I’m sure further along your path will come a day where you think: “It was a good life experience”. 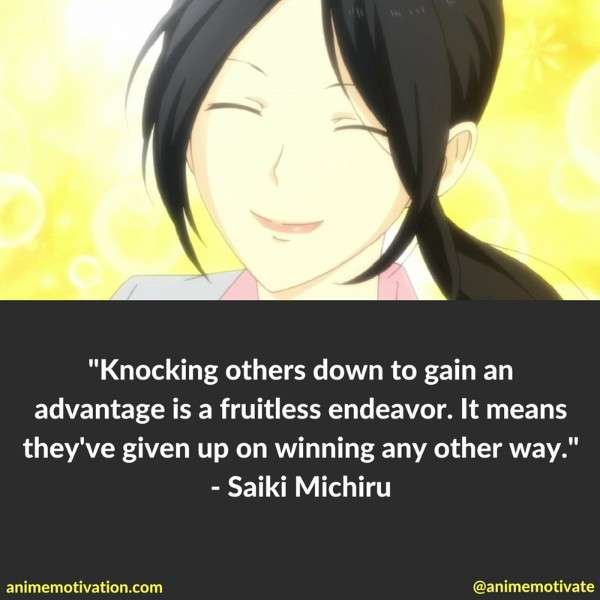 “Knocking others down to gain an advantage is a fruitless endeavor. It means they’ve given up on winning any other way.” – Saiki Michiru 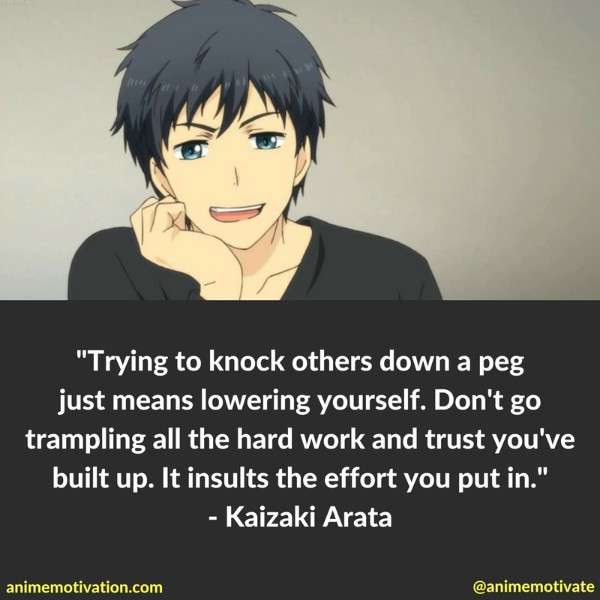 “Trying to knock others down a peg just means lowering yourself. Don’t go trampling all the hard-work and trust you’ve built up. It insults the effort you put in.” – Kaizaki Arata 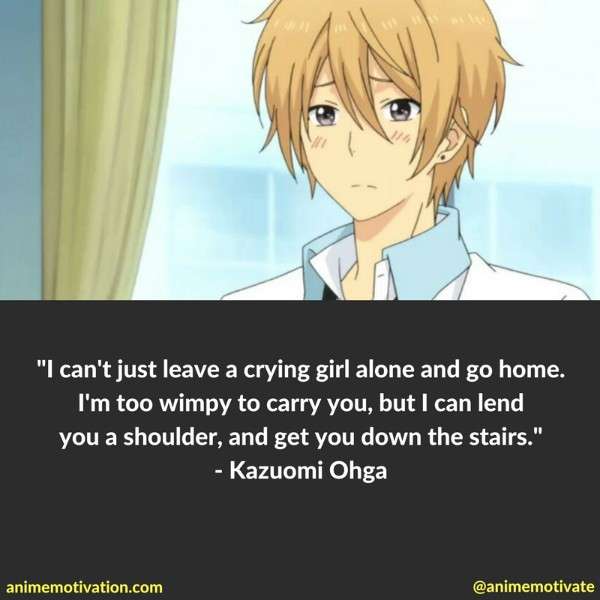 “I can’t just leave a crying girl alone and go home. I’m too wimpy to carry you, but I can lend you a shoulder, and get you down the stairs.” – Kazuomi Ohga 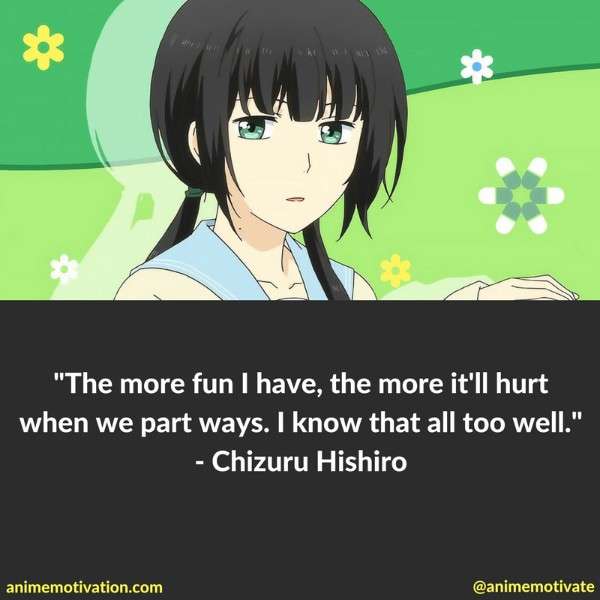 “The more fun I have, the more it’ll hurt when we part ways. I know that all too well.” – Chizuru Hishiro 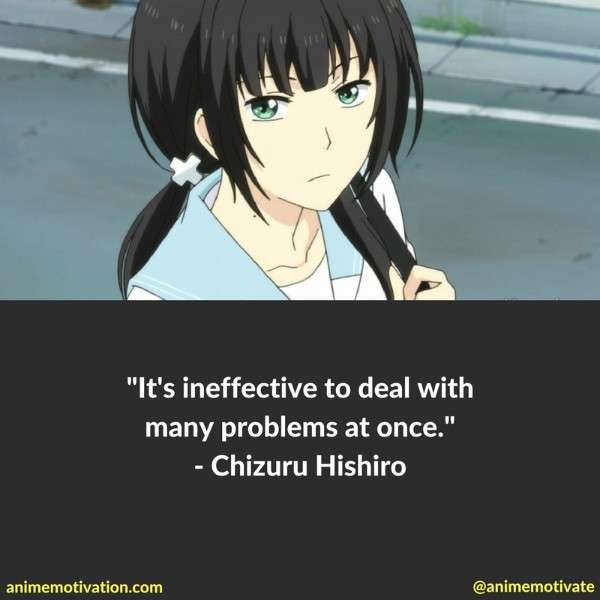 “It’s ineffective to deal with many problems at once.” – Chizuru Hishiro 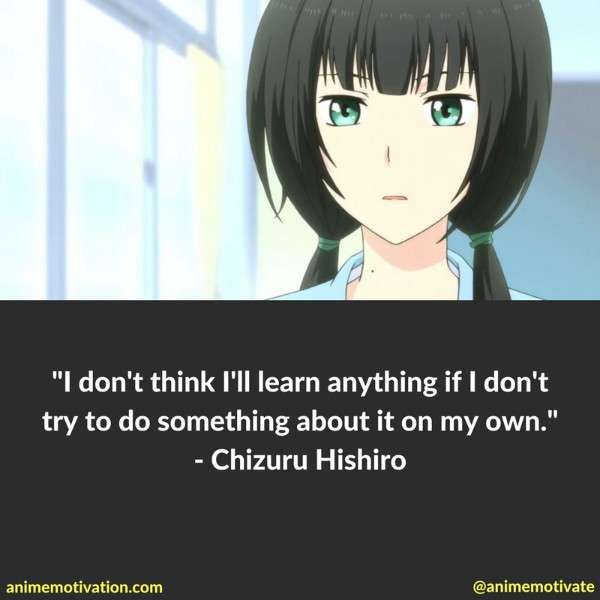 “I don’t think I’ll learn anything if I don’t try to do something about it on my own.” – Chizuru Hishiro

Which do you want to see next?

Related: 21 Anime Quotes About Life That Will Touch Your Heart