Pink Hair seems bright, cheerful and happy for some reason. At least that’s what I picture when watching an .

Of course that’s not how all pink haired girls act at all.

It’s a unique color, even if not as uncommon as other hair colors like white.

Here are 28 pink haired girls. Many of which you don’t know, who deserve some credit, and have great personalities.

Julis is a princess from the : Asterisk War. An action/fantasy series.

You won’t find her “acting” like a stereotypical princess though.

She cares for orphans and goes out of her way to help them.

Plus has the goal of making a difference for those less fortunate.

Julis Alexia’s also one of the main female protagonists from Asterisk War. 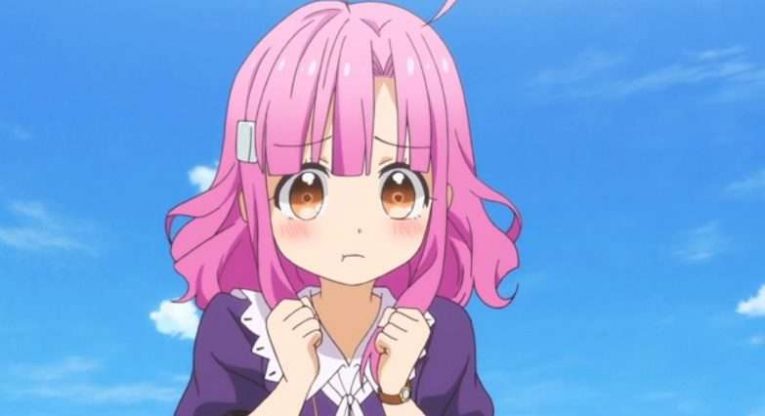 Megumi’s a high school teacher in the : School Live!

She’s scolded for how she treats her students. Because it’s not the “normal” way a teacher should go about it.

But that’s what makes Megumi so attractive as a character. She’s caring, empathetic and understanding of her students.

Even if she’s not very “teacher” like. Whatever that means 😉 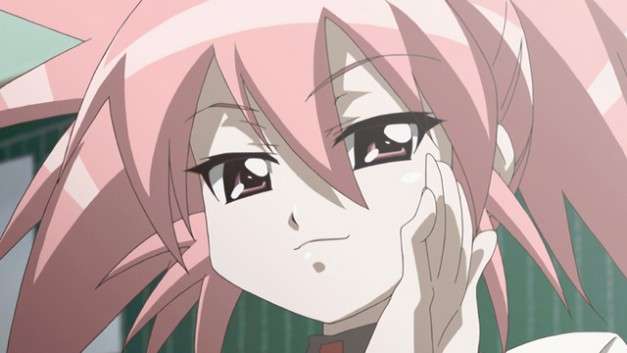 Lunar’s later one of the main characters in: My Bride Is A Mermaid.

And even though she has a sweet side, this girl is two-faced. A backstabber. Fake, and far from honest.

That being said the role she plays plus her insecurities makes Lunar an interesting character worth mentioning.

Mei Hatsume’s one of many upcoming superheroes from: My Hero Academia.

You won’t find an energetic, optimistic, excited female character like her in .

She’s not afraid to promote herself or what she does, even if it is shameless. And that’s what makes Mei an interesting character, overflowing with confidence and a fiery passion. 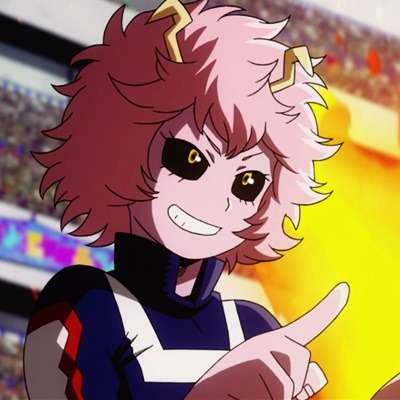 Mina Ashido, another character from: My Hero Academia!

This girls full of energy, has one of the most interesting appearances, and has the ability to burn what she touches.

With an acid-like ability

There’s nothing that’s NOT unique about her appearance. 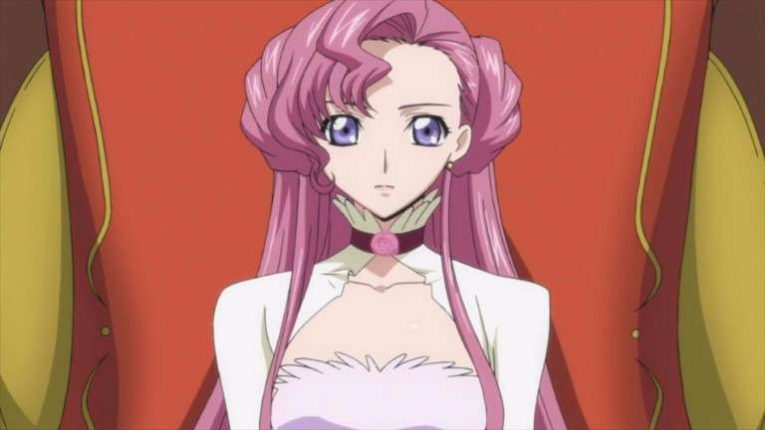 One of the female characters from Code Geass season 1.

Euphemia is one of the most approachable characters in Code Geass. And it’s not hard to get along with her.

Or like her as an fan. But what follows will break your heart in so many pieces you won’t be able to put it back together.

Whatever you do, watch Code Geass. You won’t be disappointed. 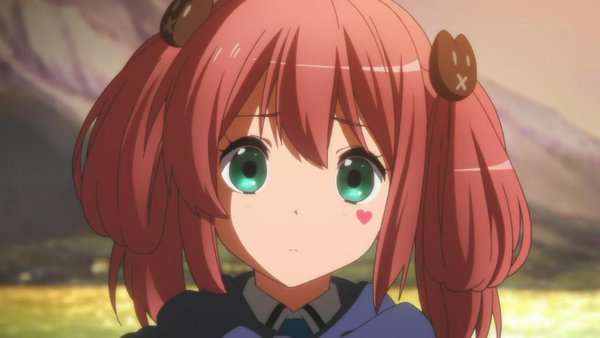 She has a love heart sticker on the left side of her face. Underneath her left eye.

And is full of life, energy with a crazy-wild imagination.

If you watch Chuunibyou you won’t witness Satone until season 2. But trust me it’s worth it.

I love the role she plays and her characteristics. 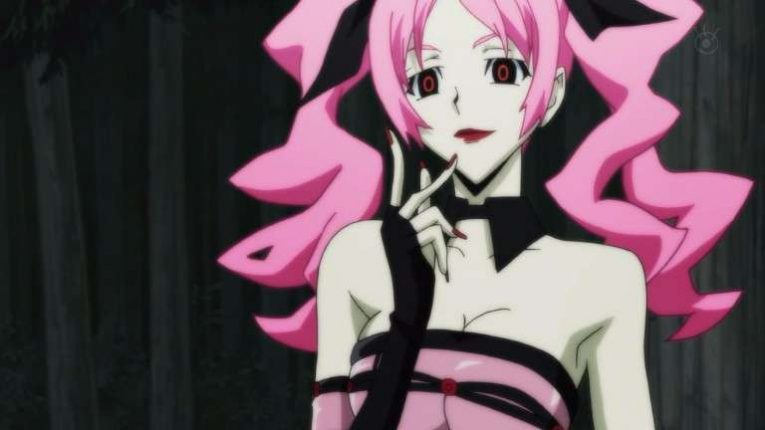 Megumi is a vital character from Horror series: Shiki.

She’s insecure, lacks confidence and self esteem, and is bitter towards others.

Not exactly the best of characteristics. And unattractive at best.

But in a way it makes Megumi relatable and even likable to an extent. 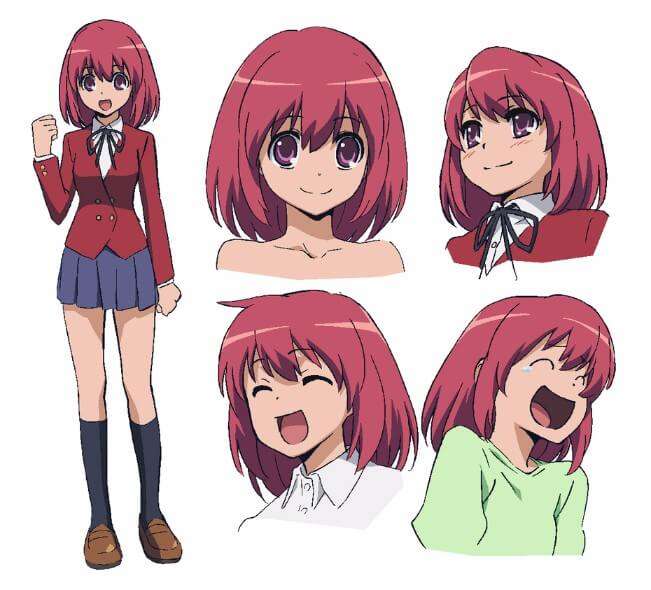 Minori Kushieda is a main character from: Toradora!

I have a love-hate relationship with characters from Tordadora. Especially in the beginning.

But out of all the characters, I love Minori Kushieda the most.

She’s hilarious, funny, and is the type of person to lighten the mood when it’s dark. And that’s what I’m like in a lot of ways. 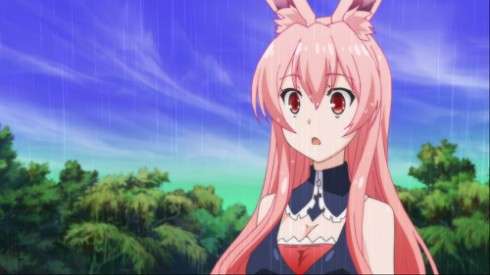 Taken from fantasy series: Problem Children Are Coming From Another World.

Black Rabbit, real name: Kourousagi is a wise character with knowledge on almost everything.

And she has the ability to tell whether someone is lying or not.

In her normal form her hair is purple. But her true form has pink hair as seen above. 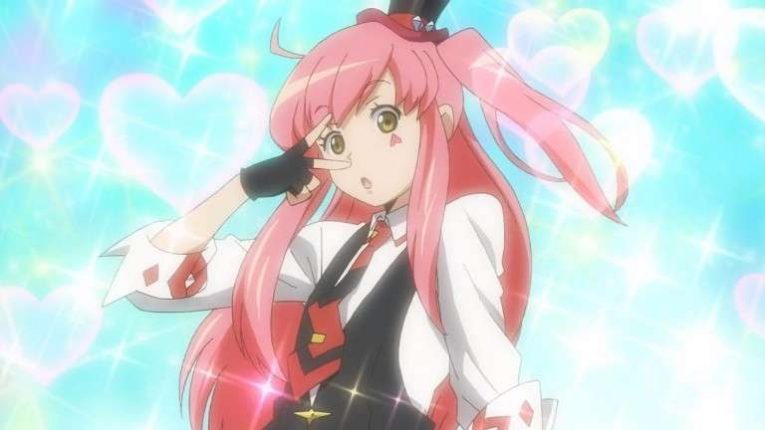 Tetora is a character featured in gaming : Log Horizon.

She has the type of personality that some will find overwhelming, silly and exaggerated.

But that’s what makes Tetora a stand-out character. She never seems to be unhappy, sad or affected by negative situations. 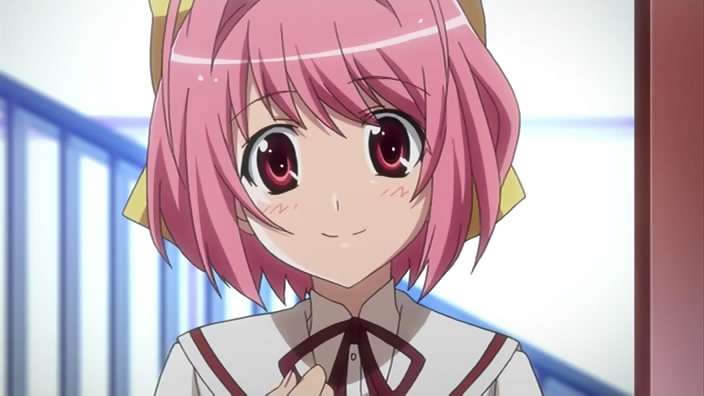 Kanon Nakagawa is taken from : The World God Only Knows.

She has the same voice actor as Mikoto Misaka from Railgun. And loves singing. And even goes professional in the series with the help of Katsuragi. The main protagonist.

Kanon’s major drawback is her self confidence. 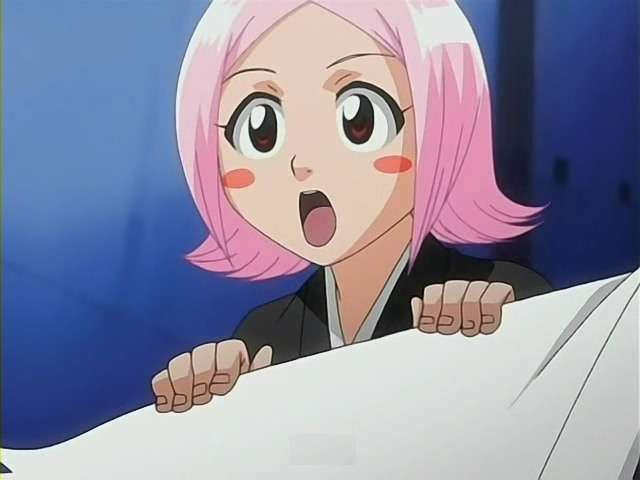 Yachiru is from the one and only : Bleach!

She seems like nothing but a child who’s always hanging out with Kenpachi. And her actions seem simplistic and childish.

But in reality she’s a soul reaper who knows how to fight if the situation calls for it. And some lieutenants seem scared of her. 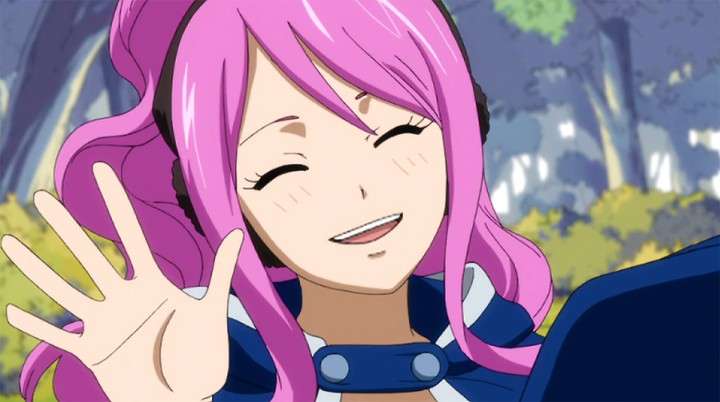 Meredy starts out as a villain in the : Fairy Tail!

First off she has a blood-lust for battle, is ignorant, naive and dangerous.

But as the progresses her true self is shown. 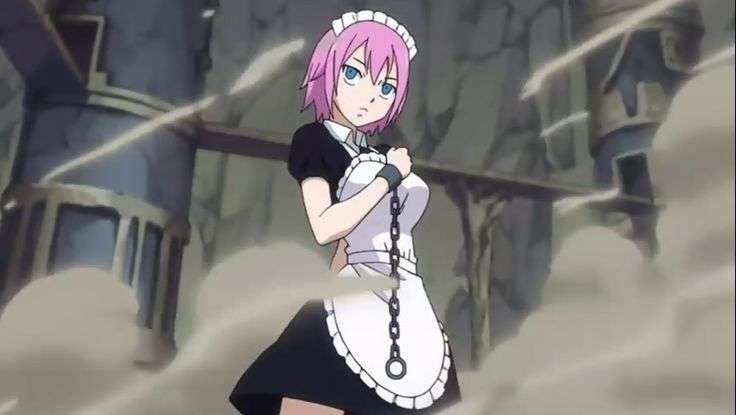 Virgo. A celestial spirit of Heartfilia’s from : Fairy Tail.

Truthfully Virgo is more popular than most characters on this list. And probably lacks more depth to her character than others.

But out of all the pink haired girls out there, Virgo deserves this list. 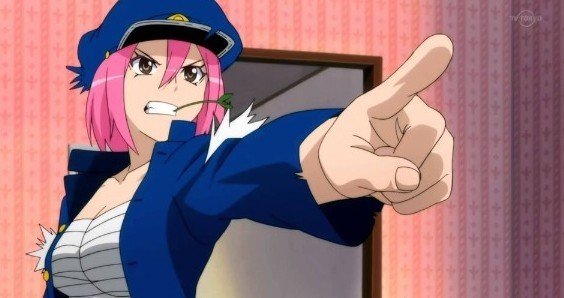 Ranmaru, as you can tell, is what you’d call a “tom boy”.

Her father raised her in his dojo. And expects Ranmaru to take over and become a martial artist.

That’s why Ranmaru’s so intent in dressing the way she does, and why her personality sometimes comes off as brash in Good Luck Girl. 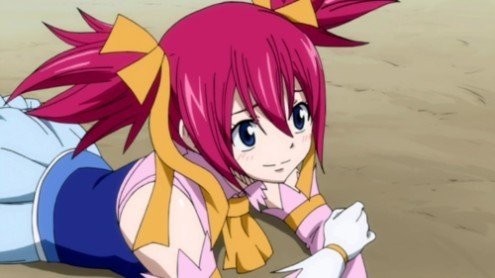 Sherria, if you’ve watched , is the rival of Wendy Marvell. Especially in the grand magic where both characters face-off.

Similar to Wendy, Sheriria Blendy is one of the kindest characters in the series. With a burning desire to prove her strength to others, and overcome any limitations. 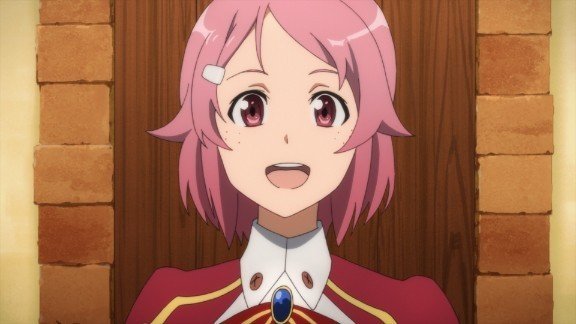 Even though Lisbeth is set up to “like” Kirito in the early stages of , I’ve always loved her role in the series.

I also feel like she’s handled better than comparable characters when it comes to Kirito in general. 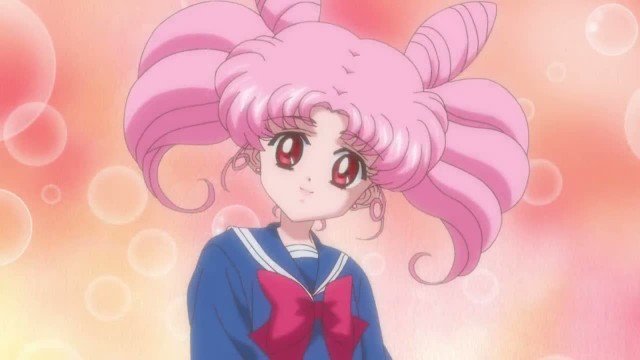 Chibiusa shows up out of nowhere in the early seasons of Sailor Moon. But if you’re a fan of this classic series – then you’ll know why and what her role is.

I won’t say too much more to avoid spoilers, other than – she’s as kind and empathetic as herself. 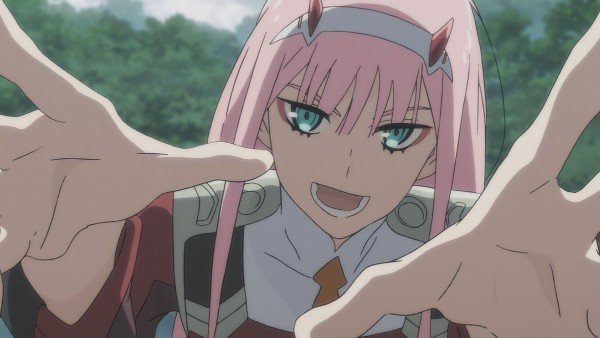 Zero Two could have been one of my favorite characters if it weren’t for the downfall of .

But she’s still a fun, interesting character who’s weird and eccentric enough to give its “spark”.

Related: How Darling In The Franxx Broke My Heart (Review)

There’s a time when we’re all pure and gentle in our lives. And that’s usually when we’re kids.

As we age – society squeezes the pureness out of you.

But Akari Mizunashi is an example of someone who refuses to let that happen, no matter how disrespectful, rude or apprehensive a person is.

She’s one of the purest, happiest anime characters the industry has shown us. Even in 2019! 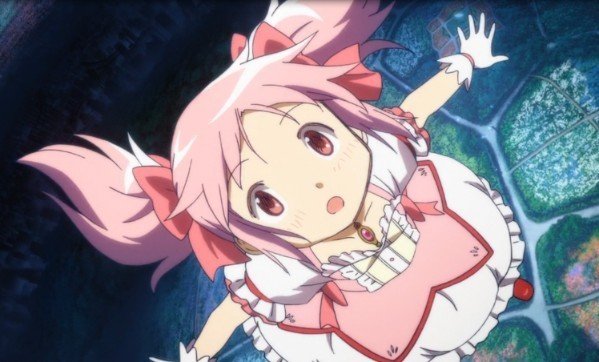 Madoka Kaname is another anime girl who’s pure of heart and too kind to harm anyone.

That’s what makes her so naive in the story, but then again – that’s why she sacrifices everything to save everyone she loves.

For her – happiness comes from helping others, instead of only thinking about yourself. 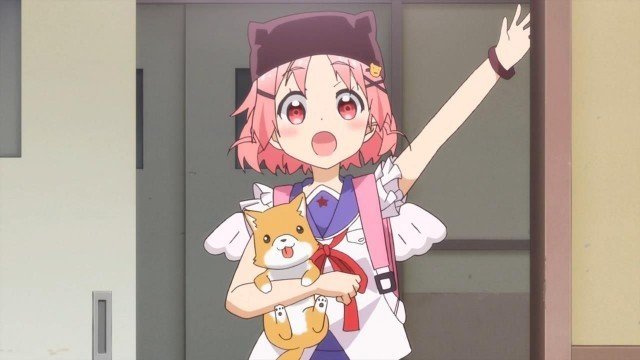 Yuki Takeya, as with some pink haired girls is too nice, kind, and a little air-headed.

But that’s the reason she’s able to overcome her mental illness, delusions, and the depressing circumstances she’s thrown into heads first.

You can think of Yuki Takeya as a “female ” for her simple, but sometimes interesting ways of looking at things. 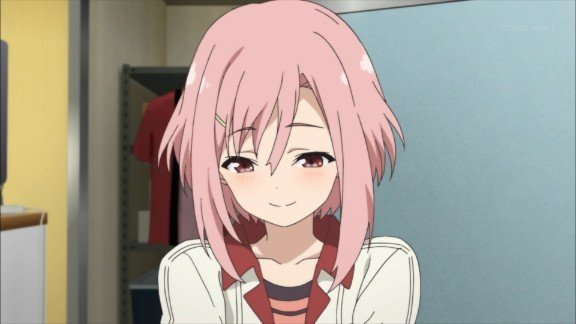 Yoshino ends up in the village of Manoyama, a village based on a REAL place in Japan.

Originally she’s from Tokyo, but she’s in desperate need of change.

A little different to other pink haired girls – Yoshino Koharu is energetic, extroverted, and enjoys talking to people.

Communication is one of her forte’s, alongside hard work and persistence.

Related: The Ultimate List Of Slice Of Life Anime You Need To Watch

And it’s not even her fault she’s so messed up or insecure.

Growing up – her parents threw her in a cage and left her there to starve… And punished Yuno to vent their own stress from every day life. 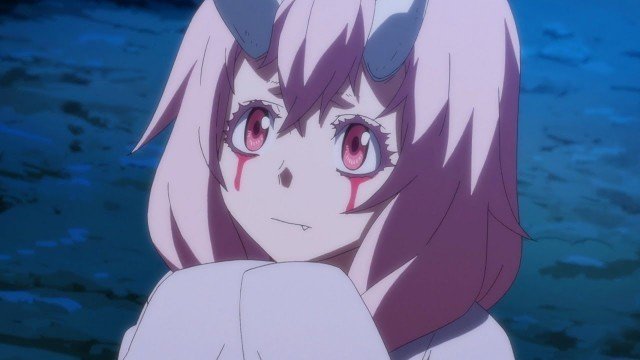 Shuna joins Rimuru Tempest later into this series with 24 episodes in total.

Shuna has a talent for healing magic and all things related. With a personality that’s kinder than her “ogre” appearance would have you believe. 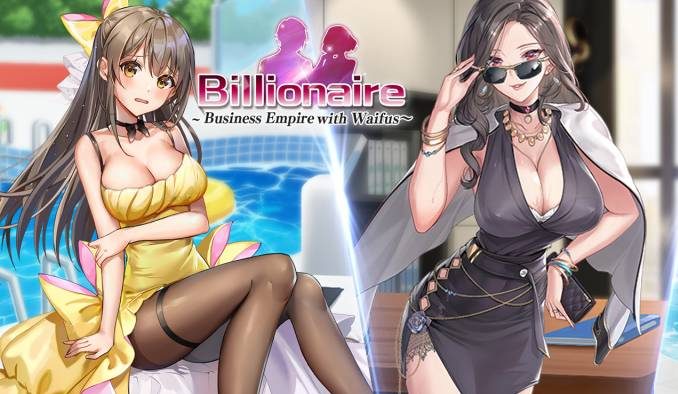 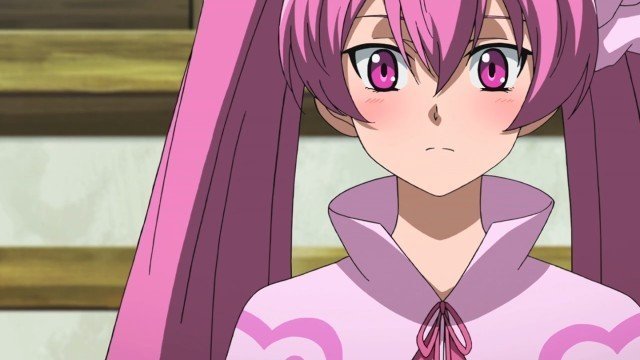 I love Mine. She’s a character with a purpose and a strong will to fight for what she believes in.

Mine is half foreign, so she’s treated like a second-class citizen as a child.

So her one goal in life is to create a society where everyone can live together. Without being judged by the skin color or cultural differences. 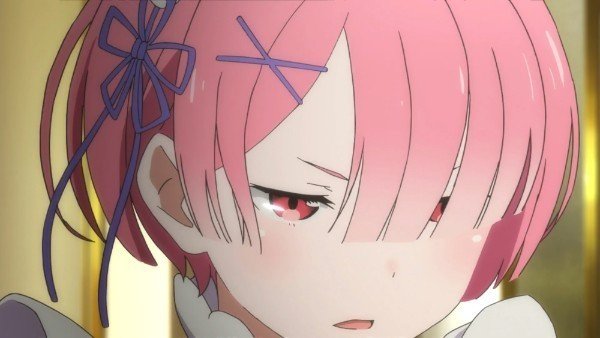 And then we have Ram. Who I prefer over her younger sister: Rem from Re:Zero.

Ram’s confidence and pride are two of her most attractive traits.

Not to mention how blunt and ruthlessly honest she is with anyone she talks to.