Problem solving anime, or anime where thinking is required are some of the most engaging anime there is.

I love smart anime like that where you can put your brain to good use, or the characters are doing that in a way that’s entertaining and not stale.

And things of that nature are part of the plot. Whether that’s in a survival context or an ordinary context like school or otherwise. 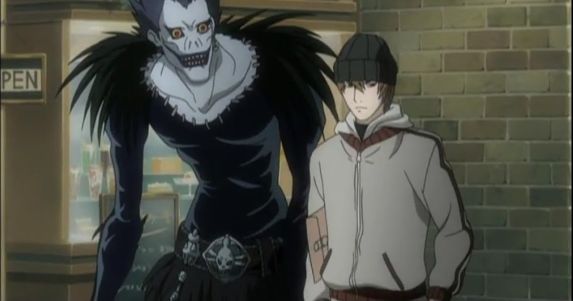 Let’s get the most obvious anime out of the way. is a classic at this point and we all know what to expect.

It all starts with Light Yagami, a bored student who gets lucky when the literally falls out of the sky, and he picks it up.

After writing down people’s names and killing them just to test the notebook’s powers, the problem solving aspect falls into place.

That is, it’s the police and authorities trying to figure out who KIRA is, how the crime’s are being committed, how to arrest the man responsible, etc.

It’s intense with a lot of suspense from start to finish. 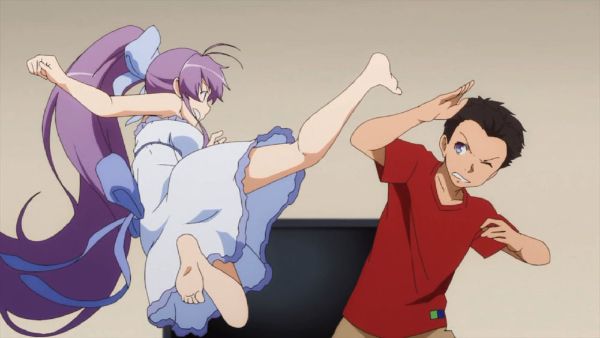 Ryuugajou Nanana is an anime about Nanana and her buried treasure.

Nanana is dead. She died years ago. She’s a living ghost still attached to the flat she used to live in.

Juugo, the male MC is now living in this building and ends up becoming so interested in Nanana that he sets out to find her treasures that are scattered across the island.

They’re scattered as a result of her “adventures” back in the day. But she won’t tell anyone where they are which is part of the anime’s mystery and discovery.

This is where the problem solving aspect comes into play, with some surprising action as well.

Ikkyuu Tensei is one of the smartest anime characters. 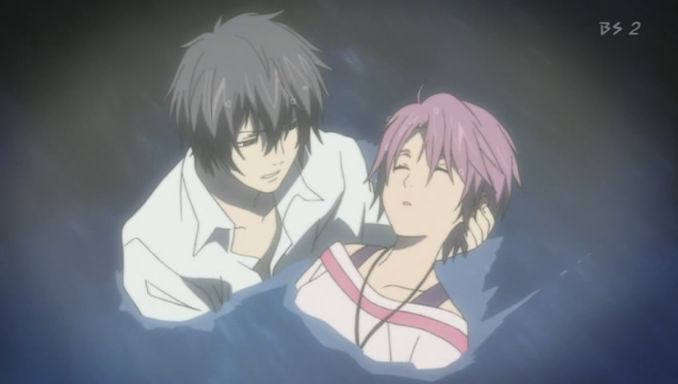 Psychic Detective Yakumo is an anime with a focus on spirits and ghosts. The main character Yakumo is able to see spirits.

He has a special eye and that plays into the supernatural aspects of this series.

Haruka, the female MC is the one who ends up working with Yakumo and somewhat opening up his aloof and reserved personality.

This is an obscure anime by definition. You won’t hear much about it. But the ratings are good and the anime deserving of attention.

4. Higurashi: When They Cry 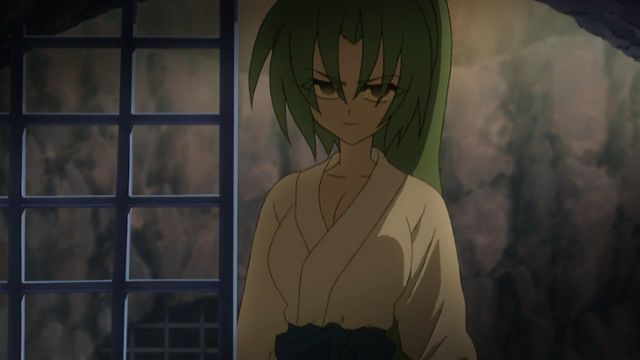 Higurashi: When They Cry. A classic horror series and easily one of the most famous there’s ever been.

This is the kind of anime that changes a lot. Every 4 episodes or so. So the plot is always moving forward and brings something fresh.

In the Hinamizawa village, there’s a God called Oyashiro. This “God” or even demon is the reason people are supposedly cursed by Oyashiro.

People going missing, body parts being found, stabbed to death, suicide, no matter the cause of death or how they die, Oyashiro is at the center of all of it.

Each character has their own mini arc where they’re either driven insane, or are forced to problem solve and overcome mental and physical hurdles.

It’s like each character is part of a guinea pig experiment, psychologically. 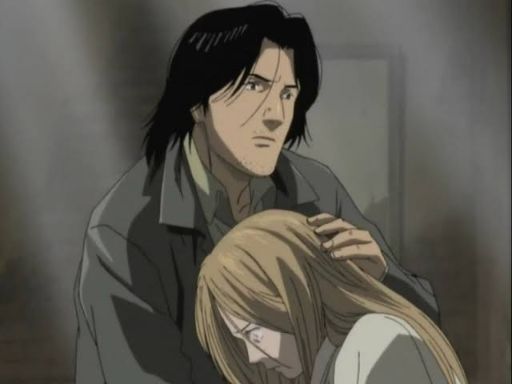 Monster is a name you won’t hear much these days, but it’s a certified classic in the anime world.

It was done by Madhouse, one of the greatest.

Kenzo Tenma, a surgeon/doctor, decides to hunt down a serial killer called Johan Liebert. Kenzo quits his work to do it.

He can afford to.

Why though? Why make the effort? Because Kenzo saved the life of a boy 10 years earlier by removing a bullet wound from his head.

That same boy is now a known serial killer, 10 years later, and Kenzo’s guilt is too much to bear so he takes responsibility by hunting the killer down.

It has a slow start but the anime slowly becomes a masterpiece.

Relevant: 17+ Of The Greatest Horror Anime That Will Get You Invested 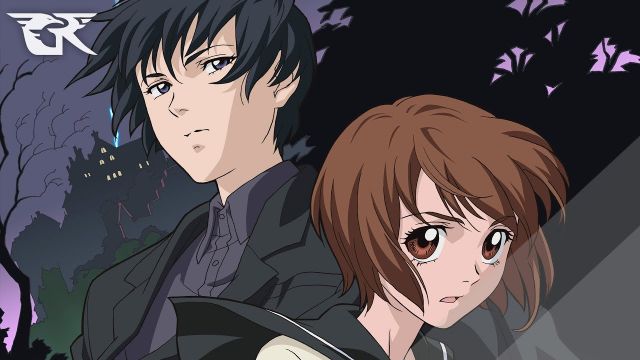 Ghost Hunt is exactly that. Hunting ghosts and spirits. Usually in houses, whether they’re occupied by people or not.

Naru, the male MC runs a company that specializes in this field of work. And Mai Taniyama, a school girl ends up working for him.

The further you get into this problem solving anime, the more you start to see how the ghosts and episodes get creepier.

J.C Staff is the studio behind Ghost Hunt. 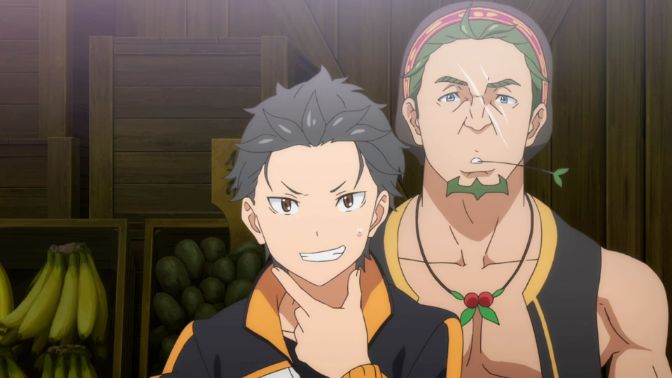 Re:Zero – Starting Life In Another World is an anime built on the idea of problem solving. Everything demands that the main character solves the problems that falls onto his plate.

After Subaru is reincarnated in another world, he realizes he has the ability to “return by death” right after he’s assassinated.

From that point forward he’s able to figure out the best decisions to make, and solve problems related to himself or those around him. But at the cost of his life which fucks up his mental health.

Over the 2 seasons he gains a massive amount of self confidence and his self esteem grows through all the insane trauma and heartache.

He’s realistic and relatable to a fault. 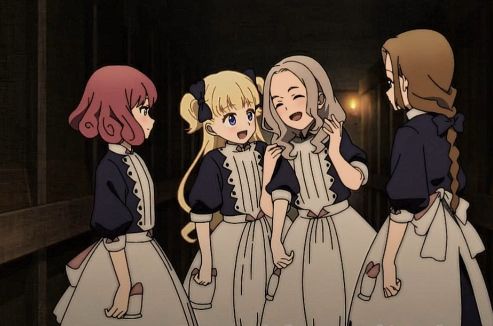 Shadows House is an anime about Emilico and Kate. Kate is a low ranking noble. Emilico is her servant.

Emilico is a doll, and there are other “dolls” created by the high ranking nobles of this mysterious house who also work as servants.

Being at the bottom of the pile when it comes to rank, Emilico and Kate are disrespected and mistreated. That changes as they rise up the ranks a bit.

The big mystery of this anime is why this system exists, why there’s a hierarchy at all, and why the house is setup the way it is.

This is answered to some degree with the clever plot twists and quality writing few anime can compare to. 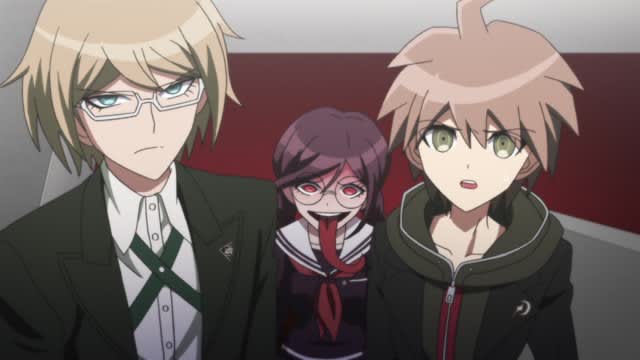 Danganronpa is an anime adapted from a video game. Tons of students are basically told to go to a school at a certain time of day.

They all arrive there only to find out they’ve been tricked. They’re all forced to stay and live there, and play by the sick twisted rules if they want to survive and get out.

Monokuma, a cold looking plushie that talks, is responsible for the survival game everyone’s forced to take part in.

The pressure gets to people in different ways, which either leads to their death, or pushes them to solve problems and work together.

Kyoko Kirigiri is one of the anime’s best characters. 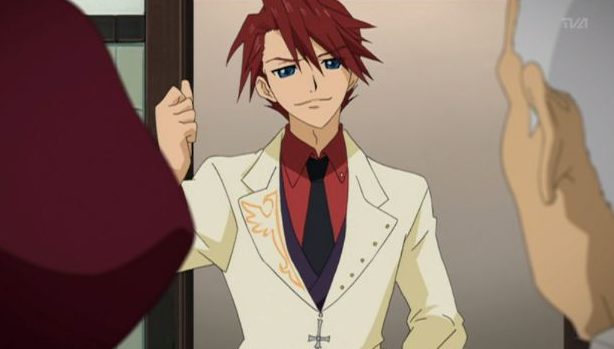 Umineko: When They Cry is like another version of Higurashi. That’s why the name’s are similar.

The plot of this anime centers around a big mansion of sorts. A mansion where strange things are taking place.

The characters are forced to figure out what the F is happening and why, and their lives are at risk while trying.

Higurashi is the better anime for first timers, where as Umineko makes more sense if you’ve played the games. 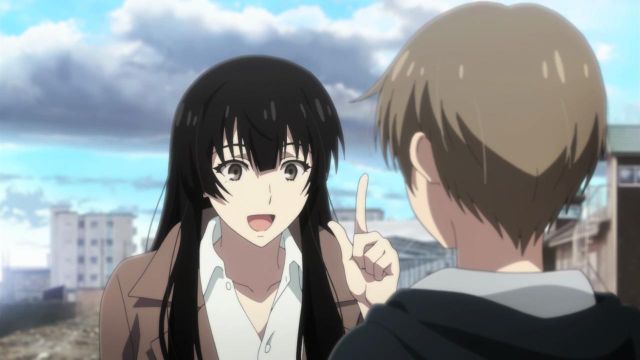 Beautiful Bones is an anime about an Osteologist (someone who studios bones). That character is called Sakurako.

The male character is basically her assistant, and be brings sanity to her insanity and eccentric personality.

Whether it’s a crime scene (someone murdered), the discovery of a dead body or something else, Sakurako is obsessed and determined to study bones.

Being a bone expert she’s able to decipher and point out things no one else can because of her perspective and knowledge.

That also makes problem solving more interesting because it’s through her own eyes. 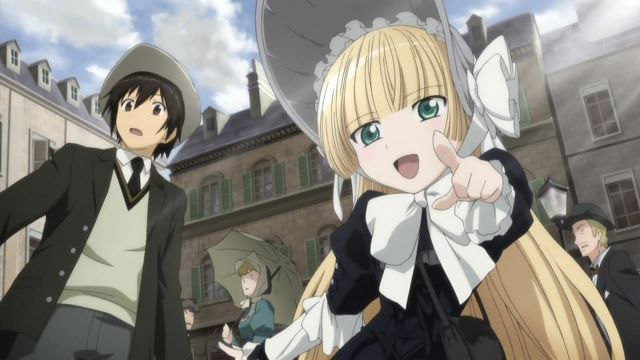 GoSick is about Victorique, a blonde girl with a Tusndere attitude. She works with the male MC but the real work is done by Victorique.

She’s a genius of sorts. One who can solve problems easily and decipher the motives of criminals, how the crime was planned, and things along those lines.

In between the seriousness and violence of this anime is the comedy and relationship between the main characters that lightens the mood. 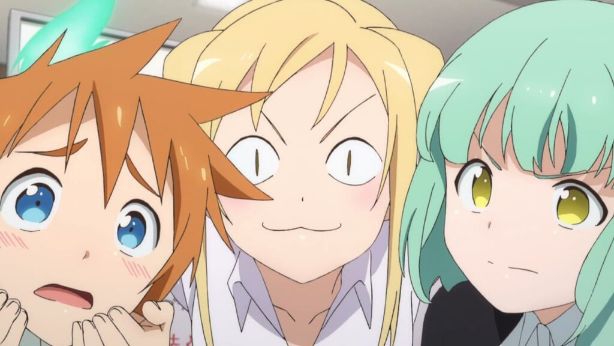 Interviews With Monster Girls or “Demi Chan” is about 4 girls who aren’t like ordinary humans. Each has their own supernatural ability and  differences.

Hikari Takanashi is a vampire, but not like the cliche vampire who can’t go out into the sunlight. She’s sarcastic, likes to tease, and is one of the reasons for this anime’s comedic moments.

Yuki Kusakabe, also called “snow woman” has the power to freeze things around her when she’s emotional.

Sakie Sato, a teacher, is a succubus who can’t date because of the fact she gets Men aroused just by being in her presence.

The other demi human is a Dullahan.

All of these unique experiences and differences makes each characters life a personal challenge, and Takahashi (their teacher) helps them work through their problems. 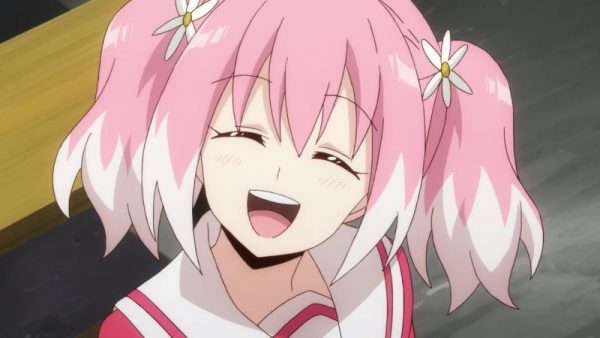 Talentless NANA is about a school on a remote island designed to train kids with supernatural abilities and make them stronger.

The purpose of this is to train them to fight “the enemies of humanity”, a mysterious set of people who are considered a threat.

Nana Hiiragi, the sweet, gentle natured and MC turns out to be the opposite and you see it at the end of the first episode.

Everything is centered around Hiiragi, including the plot twists, the mysteries, and the problem solving that takes place on her behalf and the other classmates.

Related: 17+ Intellectually Stimulating Anime Shows That Will Stir Your Imagination 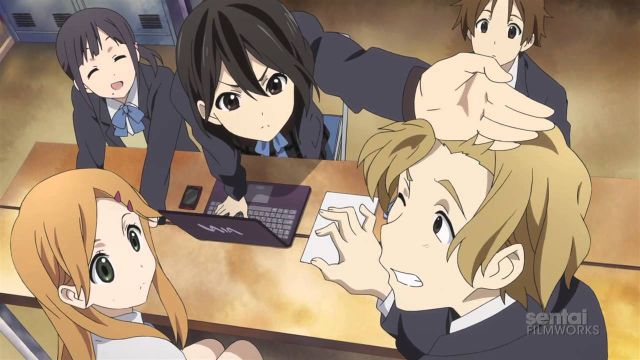 Kokoro Connect is one of my all time favorites. It’s about 5 students who’s lives are turned upside down by their teacher.

They realize quickly it’s not their teacher, but an Alien who’s inside the teacher’s body, controlling him. The alien is called Heartseed.

He messes with all 5 characters lives to the point where things are happening out of their control.

This happens so randomly that it messes with their friendship, their trust in each other, their mental health, and their overall happiness.

It leads to some emotional scenes and relatable episodes where you can easily put yourself in each characters shoes.

It all happens in as little as 12 episodes.

16. Science Fell in Love, So I Tried to Prove It 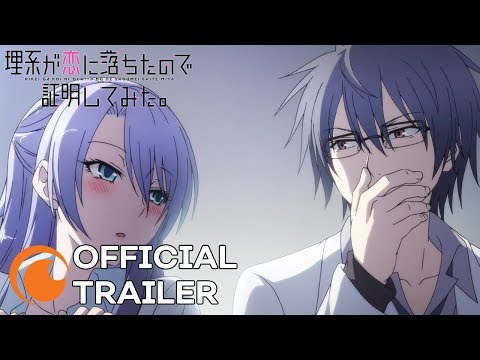 The title says it all. It’s about the science of falling in love, what it means to love someone, how it can be stimulated and potentially measured, etc.

Two scientists try to make sense of the complicated word “love” through logic, math, graphs, objectivity, and of course science.

It’ brings something new to the industry and tries to tackle a complicated issue with comedy as a side dish to make it entertaining.

Problem solving is baked into this anime’s message. The anime isn’t for everyone, but it’s different and does have appeal. 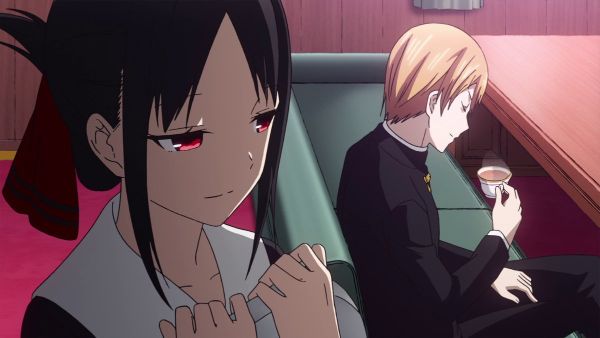 Kaguya Sama does things a lot differently to the usual style of romance anime. It makes romance seem more strategic and tactical.

Kaguya Shinomiya, the female MC, and Shirogane, the male MC are into each other. The couple is established from the beginning so the ships aren’t confusing.

Instead of warming up to each other and eventually getting romantic like in other anime, both characters are trying to make the OTHER confess their feelings to them.

In other words reverse psychology is an important part of this anime’s romance.

This is where the problem solving aspect comes into play, which is a strange thing for a romance or rom com series.

That’s what makes Kaguya Sama different and why it has a solid fanbase.

How The Anime Industry Makes So Much Money (Despite Obvious Problems)