I can’t even believe I’m doing a post on this, because it’s so stupidly obvious and elementary.

But I’ve seen enough senseless SJW’S on Twitter singing “out of tune” arguments of Harvey Weinstein’s case being the SAME as Vic Mignogna’s. 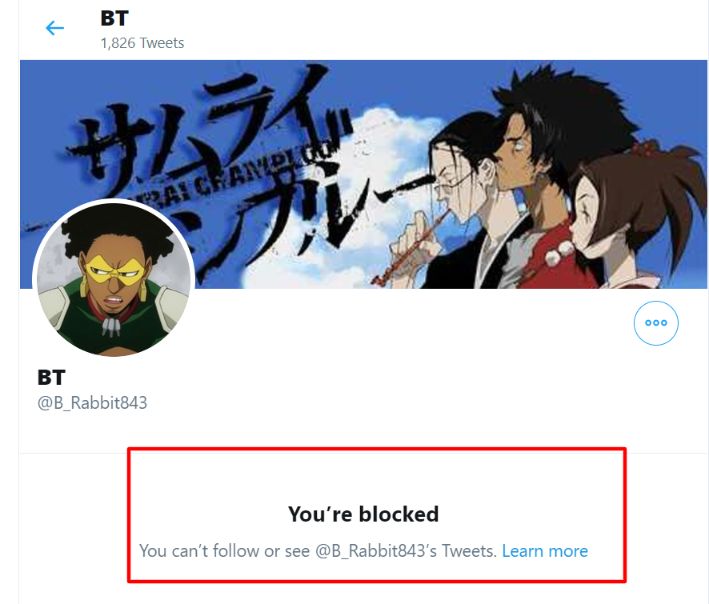 I’m blocked even though I’ve never spoke to this guy, so Ill share an image instead. 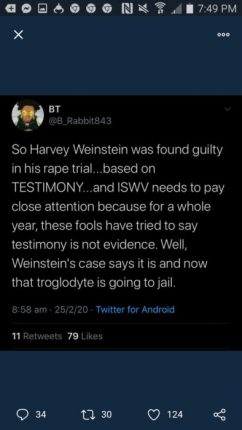 “So Harvey Weinstein was found guilty in his rape trial… based on TESTIMONY… And ISWV need to pay close attention because for a whole year, these fools have tried to say testimony isn’t evidence.”

There’s a LOT of sh*t wrong with this argument. And plenty of flaws to pull out of it.

Let me explain why Harvey Weinstein, an absolute scum bag cockroach P.O.S, can’t be compared to Vic Mignogna. Or any other victim of women who abuse the #metoo movement for their agenda.

In the words of the guy who blocked me: pay close attention. 😉

As profiled by the NYT, when this first started the victims contacted the POLICE.

“Ambra Battilana, an Italian model, told the New York City police that Mr. Weinstein groped her breasts during a business meeting at his office in Manhattan’s TriBeCa neighborhood. The next day, working with investigators, Ms. Battilana visited Mr. Weinstein at the TriBeCa Grand Hotel and secretly recorded him apologizing for the encounter.”

This was back in 2015 when Harvey Weinstein’s case began.

Harvey Weinstein “escaped” court despite the evidence in this case, whether he apologized or not.

But the FACT is the police got involved, which is the case when someone is genuinely sexually assaulted or abused.

You don’t run to Twitter for attention if you’re in emotional distress.

That’s a load of bollocks and anyone with common sense knows it.

I keep seeing KV comparing Weinsteins case to Vics…Weinsteins accusers contacted police,took him to court,filed reports like real victims should & there was criminal investigation’s. They didn’t take to twitter decades later to destroy his career for clout or a career boost. pic.twitter.com/fXlfXW1tlN

We all know the difference is night and day. It’s in black and white.

“I keep seeing KV comparing Weinsteins case to Vics…Weinsteins accusers contacted police,took him to court,filed reports like real victims should & there was criminal investigation’s. They didn’t take to twitter decades later to destroy his career for clout or a career boost.”

As pointed out by Wikipedia:

Actually, it’s an idiotic description. Harvey Weinstein was in a position of power and there’s tons of evidence of his wrongdoing. Vic Mignogna got screwed over by people more than him and there’s not a shred of actual evidence.

Yeah. They tried to crucify Vic mignogna as if he was some kind of Harvey Weinstein of , Turns out it’s Chris Sabat. And If the CEO of Funi is complicit…..this is some seriously messed up stuff.

They make it out like Vic was going up to random women/girls and forcing them into a hug. Plenty of people would hug fans at cons especially back then.
It’s really a wonder these people are able to survive out in the real world.

As pointed out by dozens and dozens of Tweets, there’s a fine line between sanity and hidden agendas.

Even in the face of black and white facts, people are still trying to compare Vic Mignogna to Harvey Weinstein.

That’s in spite of the fact that:

And everyone else prostituted themselves for the attention a #metoo accusation would bring.

Though its damaged everyone’s reputation in the process because:

That was never the Vic Mignogna accusers intentions.

That’s why they ran to Twitter get likes, retweets, and more followers for the vanity it brings to an insecure soul.

Rape cases are difficult to prove, especially when time has elapsed. These two convictions signify that Harvey Weinstein‘s victims were brave and right to come forward. https://t.co/GVq8Hm5DTc

From the start they had evidence, even though it was dismissed because of Harvey Weinstein’s influence at first.

These victims have now got their JUSTICE in 2020, after so many years of accusations, investigations and cases.

That’s a success and we should all celebrate it.

Harvey is a f*cking scum bag after all.

It reminds me of the time Vic spent a solid 10 minutes with me in the lobby at Ohayocon on my last day! You’re move KV! #IstandwithVic https://t.co/hqdzsaadme

Until these people claiming they have receipts and proof of Vic’s allegations, I stand by my words.

I’d GLADLY take everything I’ve said back if it were true. But there’s too many false allegations these days (against MEN) for me to not stand and fight against it.

A neutral approach (innocent until proven guilty) is necessary and works both ways.

Especially when a lot of accusers are insecure women with petty grudges who know the LAW will bend over backwards for them.

Johnny Depp’s case is a sad, but f*cked up example of that.