Christmas has passed and you aren’t satisfied with what you are watching?

How about watching something that’s partially or somewhat like New Year’s Eve for ?

Here are some that may interest you during this time! 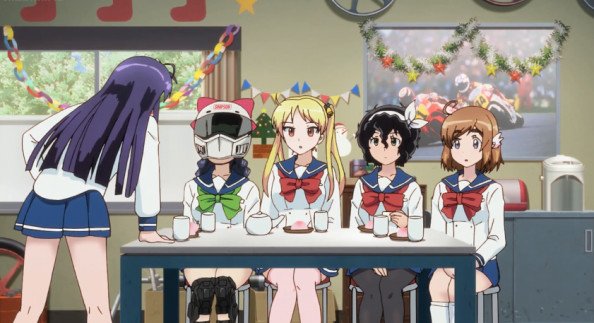 It was during the after Christmas party where the girls were able to watch the sunrise of the new year which is in episode 8, titled: Winter Break!

I think Bakuon is supposed to aim at guys as it’s a bit with colorful words for the opening and ending songs.

Even if it’s aimed at guys, anyone can watch it, especially if they’re looking for something to watch for New Year’s. 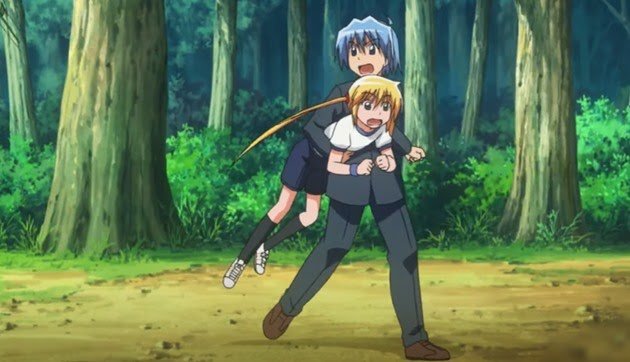 Hayate is a long series to watch and it isn’t till episode 40 where you’ll see Hayate on a date with Nagi as she orders him to take her to the beach before New Year’s.

It’s kind of like love and hate correspondence between the two characters. There’s about 3 parts of Hayate after the first 52 episodes, a live-action film and even video games.

If you have nothing to watch, try watching Hayate.

You have to understand the title to finally get what the series is all about and indeed, I somewhat empathize with it (Two Faced Sister).

The series looks like it’s for kids but really, it isn’t as anyone could watch it. 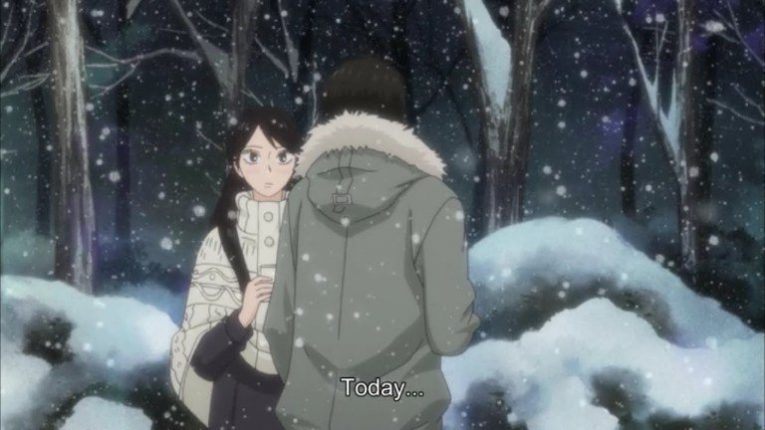 It’s a romance story and the episode with New Year’s is the last episode of season one.

It’s a , romance story and each episode is a continuation from the previous episode. If you want to watch that New Year’s episode, you have to understand what’s going on as it’s a bit emotional in the last episode.

The series is a bit long but if you just want to watch that episode, you have to watch the entire first season which consists of 25 episodes. 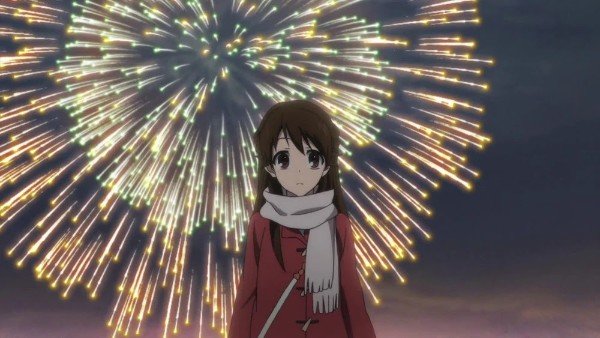 During the fireworks scene, Yanagi was made to firebomb Kakeru’s home by Sacchan.

Yanagi tried to do what was told but failed. The fireworks episode happens second to the last episode of the series and there’s a total of 13 episodes to watch.

The animation of Glasslip is indeed beautiful to watch and you might need to watch the previous episodes as you might not be able to understand episode 12.

To me, it felt like this is more for older kids or adults. 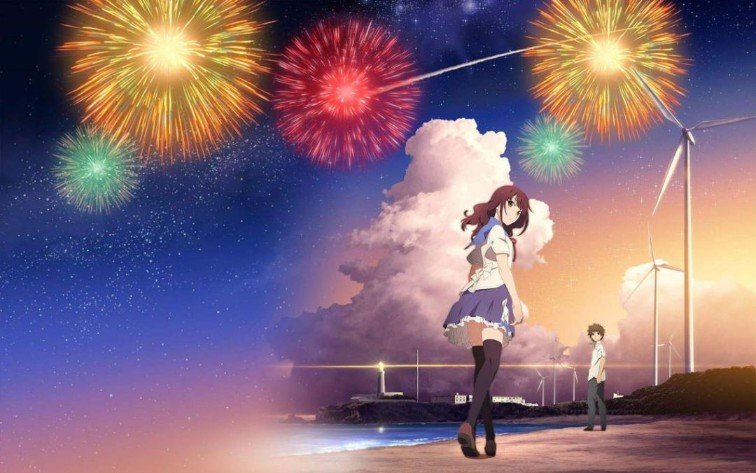 It’s strange but the movie isn’t really about fireworks, not till the end anyway. It’s about 2 guys who want a girl, they find a magic marble that can rewind time.

The ending with the fireworks could be a bit confusing if you haven’t watched the film yet. It’s a good plot summary and the film is still a bit new and isn’t long too watch.

If you want to watch a film that isn’t too long for New Year’s Eve, this is one of them if you also want to see some fireworks. 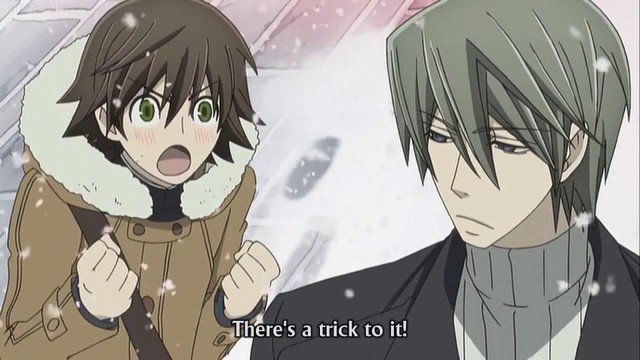 The very first episode of Junjou Romantica in season one has snow falling down. When Akihiko gets rejected by Misaki’s older brother, Misaki grabs Akihiko inside the apartment and the two get emotional outside in the snow.

It’s neither a Christmas nor New Year scene, but the emotional feeling and the snow falling down feels like it’s really either one of those.

Before watching the series, Junjou Romantica is Boys’ Love and there’s a total of 3 seasons so far.

It’s not long to binge watch the series, and the snow falling is in episode one so you don’t have to watch the others if you don’t want to. 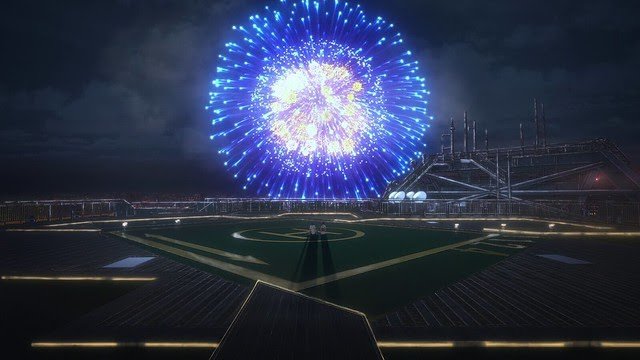 If you have watched Weathering With You, there’s a beautiful fireworks scene within the film.

Almost every has a fireworks display and watching fireworks could be emotional or just plain having fun while watching.

In Weathering With You, the two characters are watching the beautiful fireworks display and there was no one around as it’s a bit emotional.

It’s a fun film to watch similar to Your Name, the run time is almost 2 hours.

Relevant: 12 Of The BEST Anime Movies Worth Watching 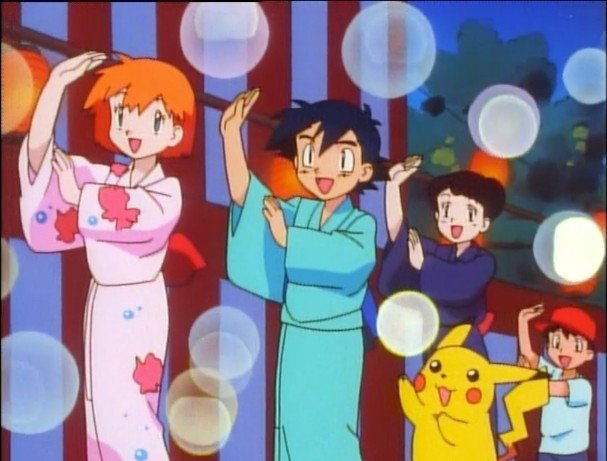 During New Year’s Eve, there’s also festivals that people can go to and to be able have some fun.

In Pokemon, in season 1 the episode “The Ghost In Maiden’s Peak” has a festival setting at the end of the episode.

Besides New Year’s Eve, the festival could be celebrated for another reason like “The Lantern Festival.” It depends on what kind of festival it is as there could be foods, games, dancing, etc.

This episode is in the beginning of the series for Pokemon and you don’t have to watch the other episodes if you want to watch this one. 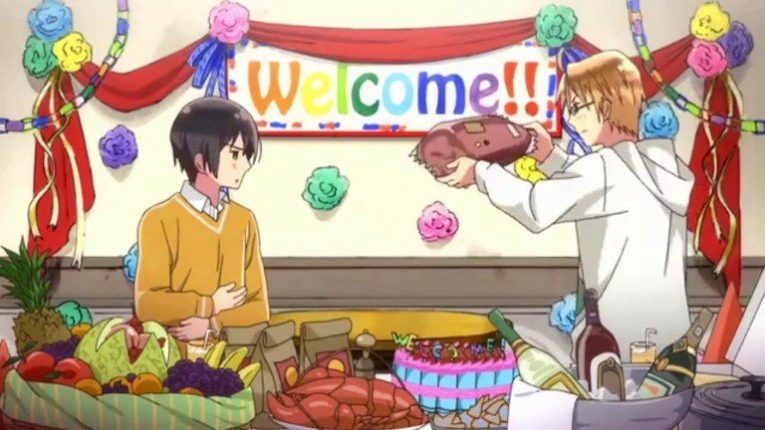 As the New Year comes, both America and Japan (characters) prepare as Spring is coming within a month’s time.

There’s a total of 52 episodes and it will take awhile to watch the whole thing. There’s even a new series for Hetalia comingin 2021 titled: Hetalia World Stars.

If you want to understand what’s going on, you have to watch the previous episodes to be able to do so. 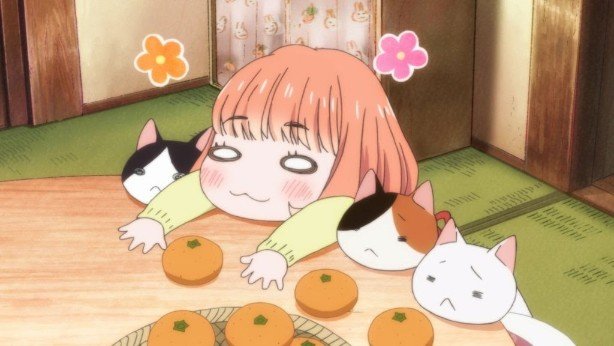 Episode 11 of 3-gatsu no Lion is the New Year’s episode.

You can clearly see what the episode is about as the title is: The Old Year / The New Year.

Luckily you don’t really need to know the previous episodes and episode 11 is in the beginning of the series so you’ll be able to understand what’s going on.

It’s not really an old series, but the animation style of the you may have to get used to if you want to watch it.

If you watch the series, it’s a long series with 44 episodes so you can’t finish it in one sitting. 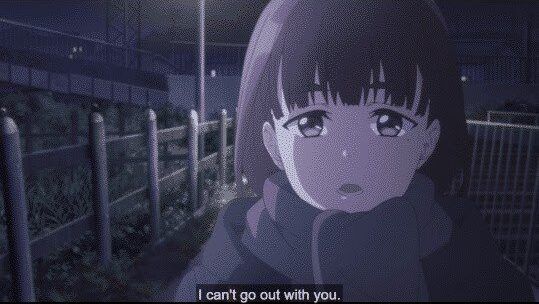 Grab some tissues! This New Year’s Eve episode in the “Just Because” is quite sad.

The episode takes place half way through the series and it is titled: “Full Swing.”

The friends go to a shrine and from there, they confess their true feelings.

You have to watch the previous episodes before watching “Full Swing” and luckily, the episode is right at the beginning to the middle of the series and isn’t long to watch.

There’s only 12 episodes if you want to binge watch a series and this series is still a bit new.

Related: 18 Emotional Anime That Will Make You Shed More Than A Few Tears 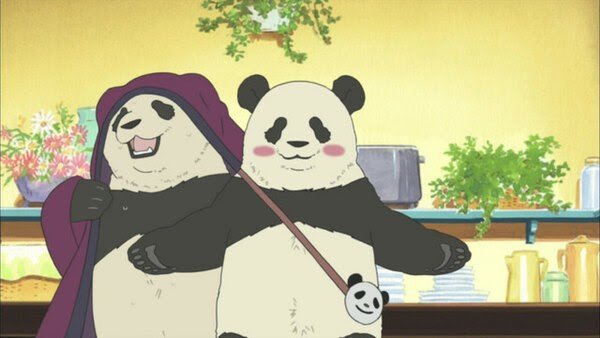 To me, this anime series looks like it’s a target for kids that like animals. However there is a New Year’s Eve episode and that is almost at the end of the series in episode 38.

In this episode, Panda and the other animals get together as they think about the past year. It’s a long series with 50 episodes but each episode has like two parts.

If you want to try and watch something that’s different, I think this series might be the one to enjoy for New Year.

Of course, you have to watch the previous episodes before watching the New Year episode to be able to understand what’s going on.

Most of the that have a New Year’s episode is usually either in the middle or near the end of the series.

That was before the pandemic came this year in 2020 and I hope that all of you stay safe and presumably watch before midnight strikes.

Have a happy new year!

Other New Year to watch:

The Best 2021 Anime Calendars To Help You Stay Organized!

Talentless NANA: The Most Underrated Anime Of The Season (Fall 2020)