The history of traps, these types of characters, why they look the way they look and more will be shared in this post.

And a ton more. The history goes back longer than most fans think or realize.

What is an trap?

An anime trap is a crossdressing anime character found in various shows. You tend to find them in school or comedy, but it’s not exclusive.

It’s not exclusive to crossdressing but they tend to be. And of course they’re feminine so they’re mistaken to be women.

An androgynous male is another way of describing traps in , but they can be both genders (reverse traps).

People confuse trap characters with trans, but that’s 99% of the time NOT what a trap character is. It’s a crossdresser or a feminine character who’s usually male.

There is no “transformation” stage where a man becomes a woman, with the exception of shows like Zombieland Saga.

Being crossdressing characters DOES allow trans fans to relate to these characters though as there are obvious similarities.

Where the history of traps began 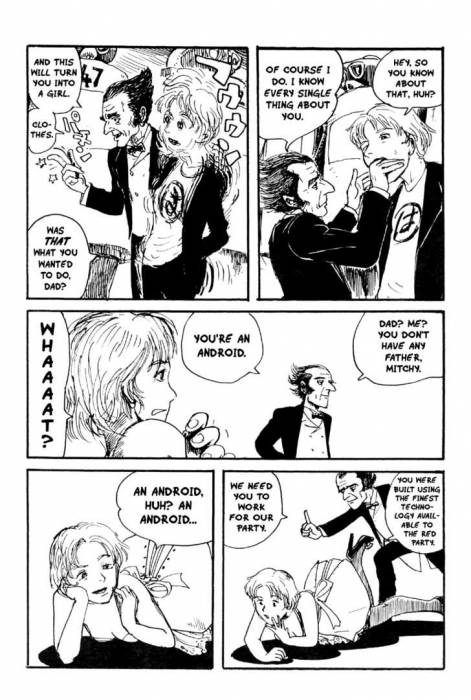 It officially started with Osamu Tezuka’s in 1949, believe it or not. The was called Metropolis.

The character in this panel is a TRAP by definition, though the word was nowhere near catching on during this time in history.

The has parallels to real life with a scientist talking about how Dinosaurs became extinct because they could no longer adapt, and wonders if humans will ever reach that point in future. 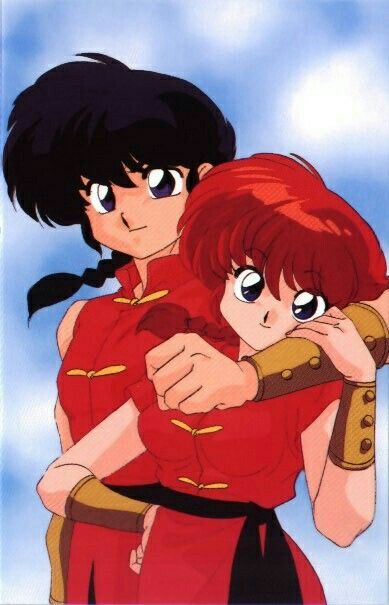 It then continued in the year 1989. A special year for many reasons. One of those reasons is the Ranma 1/2.

This is about Ranma Saotome, a martial artist from China who ends up falling in a hot spring that curses whoever falls in.

This “curse” makes it so when Ranma is splashed with water or falls into it, his gender changes, becoming a woman with red hair in particular.

You can think of it as his “other half” since this effect remains, though he can become a boy again through the same method.

You can clearly see how Ranma 1/2 is responsible for the eventual future of traps since it influenced the trope to a more “mainstream” level, even if not in the same way it ended up being portrayed years later. 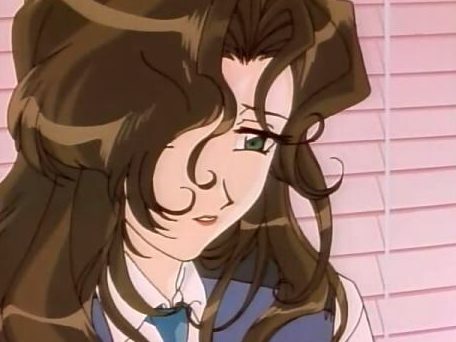 This “trend” of traps, and especially the more common feature of crossdressing continued in shows like You’re Under Arrest.

This police series based in Tokyo released in the 1990’s and is considered an underrated classic today.

In the you have main characters like Miyuki Kobayakawa and Natsumi Tsujimoto who work for the Tokyo police force. But within that police unit there’s a character called Aoi.

Aoi as they’re called is the definition of a TRAP. He cross-dresses as a female police officer, to the point where Aoi is referred to as a “she”.

There’s also no bias and others accept Aoi as they are. It’s not a judgmental in that way, despite the time period.

Rurouni Kenshin is another with a TRAP character from the 1990’s, and Sailor Moon as well.

The real trigger that turned “TRAP” into an internet slang term 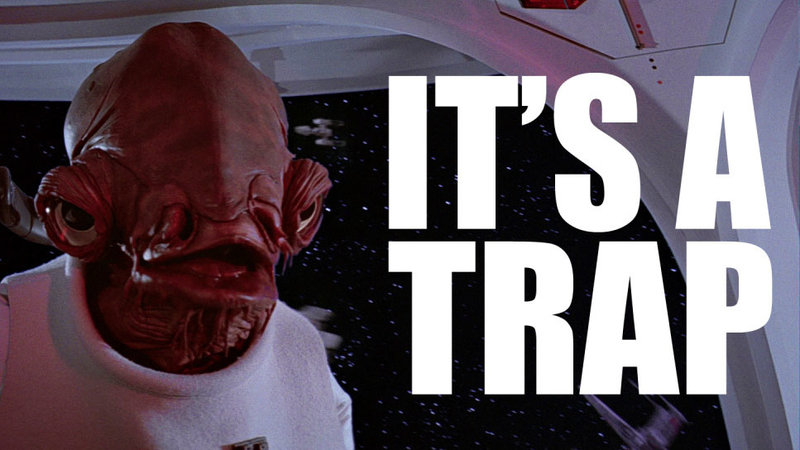 There’s a famous scene in the STAR WARS franchise. Return Of The Jedi is the series in particular.

Admiral Ackbar, one of the characters is quoted saying “IT’S A TRAP” when discovering and reacting to an ambush by an enemy fleet.

This reaction meme obviously blew up so big that eventual sites like 4Chan, the back alley site of the internet started to share the image in relation to .

That lead to the word TRAP being used in the community to the degree it’s used today, and the way it’s joked about constantly.

Social media eventually played a role in pushing that to another level after forums did the initial groundwork of blowing it up. As the year 2000’s kicked off, some prominent traps were highlighted. One of them being Ritsu Sohma from Fruits Basket (2001).

This is about Tohru Honda, a girl who after being homeless when her mum dies, has nowhere else to stay.

She’s adopted by the Sohma family, a family of men who turn into an animal from the Chinese zodiac after being “hugged” by the opposite sex.

But this wasn’t as famous as other traps at the time.

One truly famous trap from the 2000’s that’s still referenced today is from the ‘s industry’s big hitter Naruto.

During the first season of when everyone is still kids, meets a character called HAKU who looks like a girl on the surface.

This is because of how Haku dresses, and Haku’s long hair as well. And his feminine looks overall.

During one scene is SHOCKED when Haku before leaving says “by the way, I’m a guy”, which is part of the joke when fans say “IT’S A TRAP”.

These moments are what those words relate to.

The controversy of traps 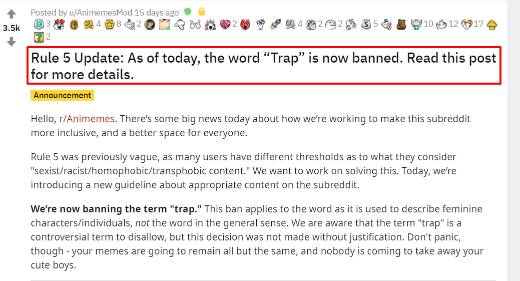 At some point down the line, more so in the late 2000’s, the word “TRAP” was claimed to be a slur by the WOKE crowd on Reddit.

A site called Anilist made a similar copycat move after Reddit’s announcement.

In the era of trying to “policing” certain words that have no correlation with being derogatory or negative, “trap” is considered controversial by a loud minority who’s known for cancelling anything they don’t like, and drawing attention to things that are nonsensical. 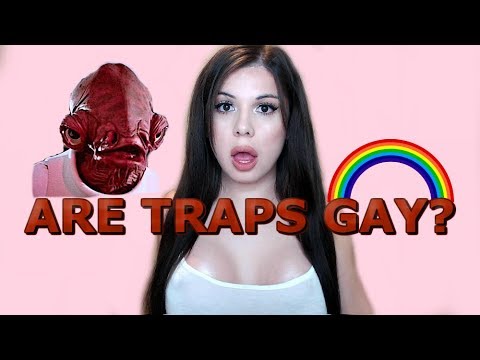 This is a common question in the community, usually phrased as a sarcastic joke, and posted as memes as well.

Some fans don’t believe traps are gay for their own reasons, others do believe it.

My take on it it is yes, Traps are VERY gay. And they’re definitely bisexual if you wanna take it even further.

What I mean by that is if a straight guy finds traps attractive (Men who are feminine or cross-dress), that either implies you’re gay or you’re bisexual.

Otherwise the attraction wouldn’t make any sense since you’re intellectually aware it’s a man crossdressing, but with feminine characteristics.

But that’s just me.

The trend of traps 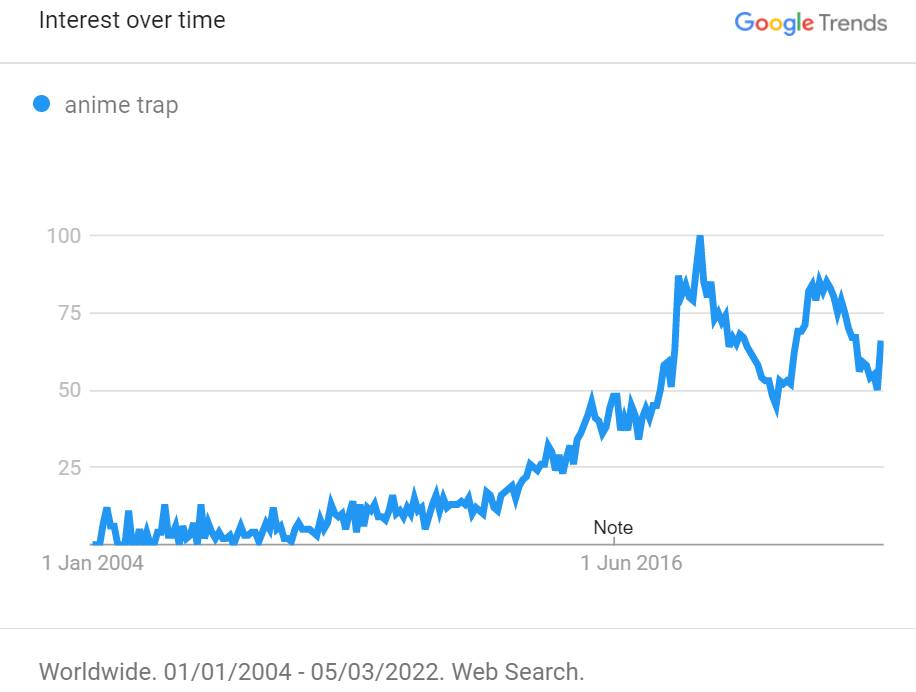 Since 2004, the trend of traps has grown and hasn’t stopped ever since. It’s still on an upward trend.

That means more and more people are using the word “anime trap” more often, they’re searching for it more often, and more fans are being exposed to the definition.

Not to mention more fans are curious as to what it means, which characters are traps, and things relating to the term in general. 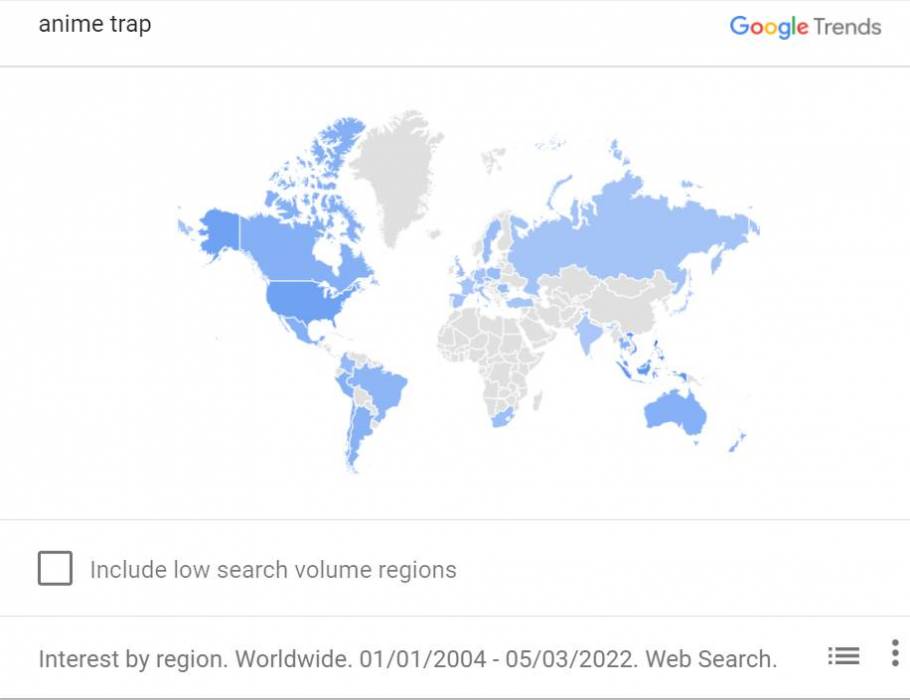 And believe it or not, but the TOP 5 COUNTRIES who search for anime traps are:

That doesn’t necessarily mean they’re the most attracted to traps, but it means they do search for it the most.

It’s not too surprising considering these countries are also MASSIVE hubs for , fans, and people who love on levels most can’t understand.

As it stands the trend of traps aren’t going away. They’ve become a staple in the community and a source of memes, sarcasm, fun, and humor on a daily basis.

Aside from that, traps have also become favorite characters for many fans regardless of what way they swing.

More crossdressing characters will show up, and potentially characters who are actually trans as opposed to being gay or feminine.

The History Of Ahegao: Is It Damaging To East Asian Women?