A1 Pictures is an studio backed by Aniplex, a big company by itself. So they have the money to make solid shows.

You’ll know of their works through some of the most popular mainstream series.

Genres this studio is known for:

And some others in the A1 Pictures catalog.

1. Magi: The Labyrinth Of Magic 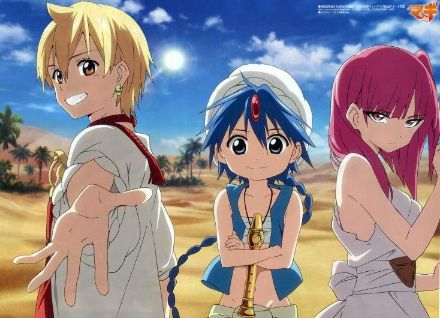 Magi has 2 seasons, and a prequel to the original seasons. The 1st season: Labyrinth of magic is one of the best.

It’s about Aladdin, a boy with more magical power than he’s aware of. And Morgiana, an ex-slave + Alibaba, a prince.

The introduction, and how it focuses on the 3 main characters not just to a strong degree, but to an emotional degree… This is what makes it so stellar.

There’s a lot more “feels” in season 1, where as season 2 has more action and fancy showdowns.

Either way, it’s one of the best from A1-Pictures by far. And massively underrated. 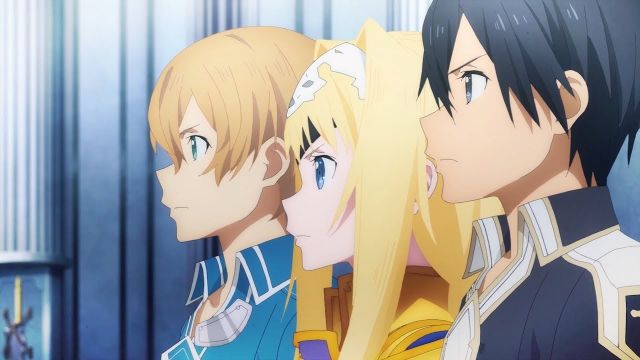 Like it or not but () is one of the most successful shows to come from A1-Pictures.

It might not be considered the best by everyone, but results don’t lie.

The plot is what drove this to the heights it reached. Survival of the fittest inside a VR game where if you die, your real body dies as well.

This happens by sending an electric shock to the gamers brain, which kills them if they die in-game.

The 3rd season of this series is clearly the best its done, and the franchise is hardly over yet. They’re both envied and admired by most in the school, and seen as a perfect couple.

The comedy begins when both characters are trying to “one up”each other, but it evolves into more than this.

This is especially true when Chika makes an appearance, which at this point has become legendary.

Ryuugajou Nanana is an about mysteries, treasures, dungeons and labyrinths. And the main character who’s connected to it all.

Jugo moves into an apartment where the ghost of Nanana lives. And decides to help her find her killer.

She’s been stuck in the apartment ever since her death.

Along the way Jugo and others find Nanana’s lost treasures, solve riddles, puzzles, and some action comes with it.

It’s one of those that need another season, but A1-Pictures hasn’t done anything for a while.

Relevant: 25+ Of The Greatest Mystery Anime Series Worth Watching 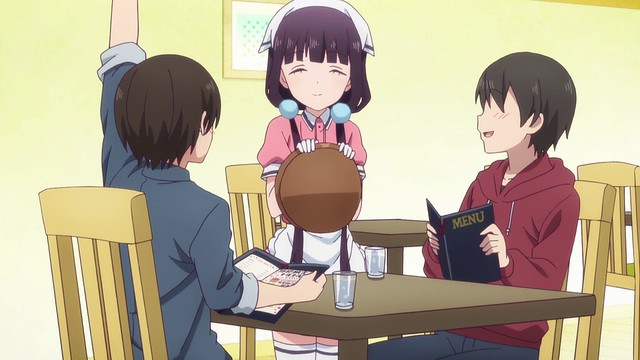 Blend S is about Maika, a new employee working at a café. But it’s no ordinary café.

In this café she serves people who enjoy her “masochistic” vibes.

In reality it’s a misunderstanding but that’s how she comes off because of trying so hard.

The style of this series is comparable to an called Working!!

You could also compare it to something like Maid Sama or Is The Order A Rabbit.

Genuinely one of the funniest anime I’ve seen, and it’s only short as well so you can binge it in just 4 hours. 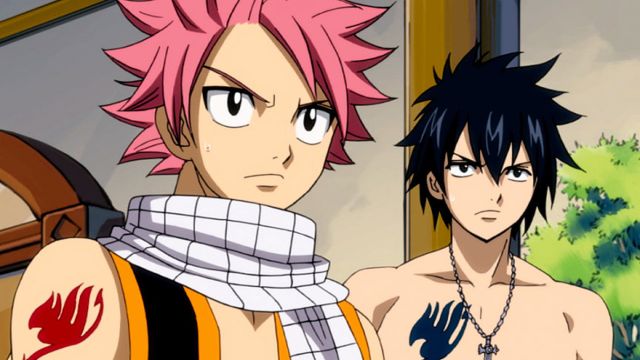 is another series some people love to hate, but MANY absolutely love shamelessly.

It evokes that kind of reaction.

It’s about Lucy Heartfilia and her journey to joining the guild as a mage. Not to mention the adventures of all her guild mates.

Mostly Natsu, Gray, Erza, and a few others.

Some people have pointed out the obvious inspiration has taken from . The style is similar.

That said, the energy you get from is different and stands in its own lane. Emotional impact and family bonds are some of this ’s strong points. 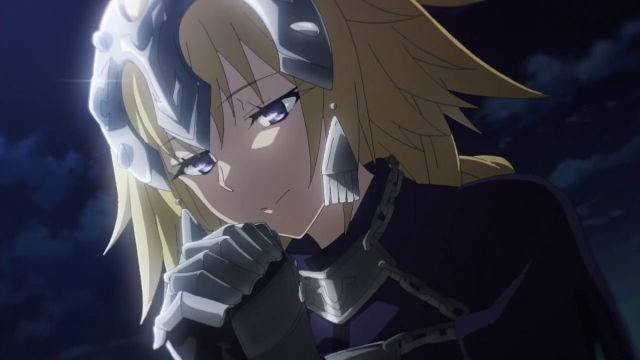 Fate Apocrypha might not be on a level of Fate Zero, at least not personally, but it’s still a solid effort for the franchise.

In this series people fight for the Holy Grail so they can make their one wish. It’s the main reason for war, violence, and bloodshed.

Jeanne D’arc is the main female character in this series, and like previous seasons, she’s based off a historical figure from Europe. 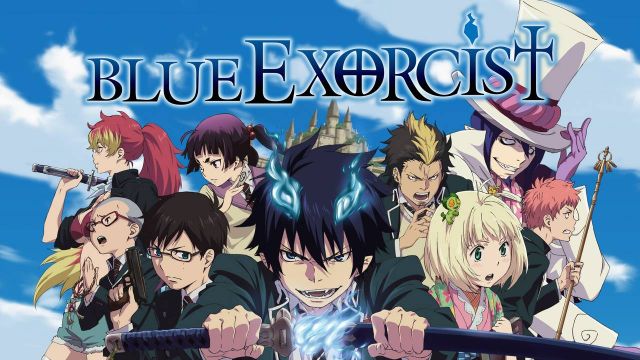 Rin Okumura is a demon child, the child of Satan. But he’s not aware (it’s revealed in the 1st episode or 2).

Growing up he’s bullied, picked on, judged, and even feared. Rin gets into a lot fights and defends himself regardless.

For him he had no idea why he felt excluded, and later he begins to understand.

The plot focuses on his journey, and other characters like Shiemi who he meets along the way.

Blue Exorcist is clearly an unfinished series. That’s one of the biggest gripes you’ll have to face if you choose to watch it. 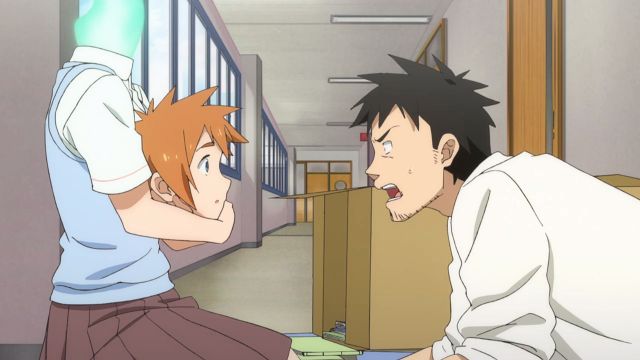 Demi Chan, or in English: Interviews With Monster Girls is a slice of life/comedy series. 4 of the main characters are inhuman girls trying to live with in a human society.

In this world there’s no extremes like violence, war, or anything like that. It’s painted as a normal world where girls who are different are trying to fit in, while humans try to understand them better.

The teacher in this series is one of those who wants to learn and understand. And he helps all 4 girls with their personal development.

There’s a good mix of seriousness and comedy and it’s mostly done well. 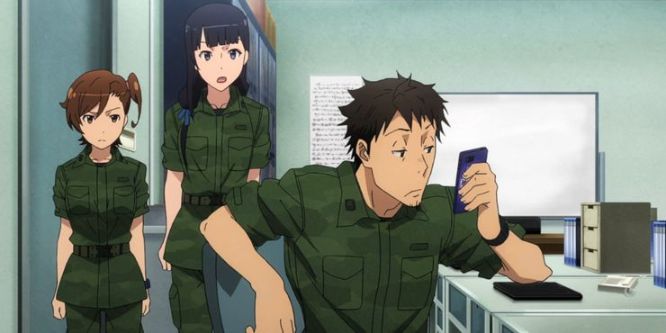 GATE is an Isekai with military influence.

The Japanese JSDF has been fighting creatures from another world for years.One day a GATE opens, and both sides form a truce.

Selected soldiers from the Military go tot he other side of the GATE and explore this new world, with intentions to benefit from it.

Violence, bloody scenes, harems, and adventures of sorts are all mixed in one big pot. Elf girls and all.

The main character is also an Otaku who happens to serve for the Military.

11. How To Raise A Boring Girlfriend 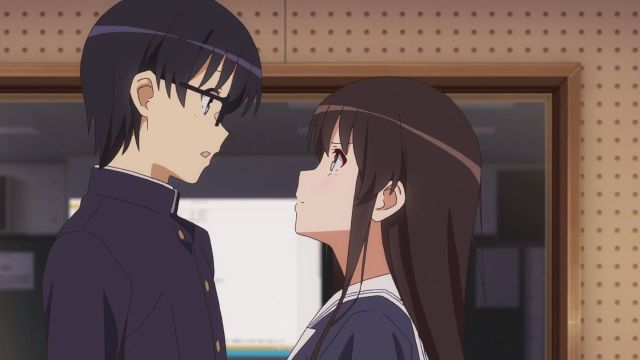 How To Raise A Boring Girlfriend, or Saekano in Japanese. Tomoya, a student wants to create his own dating sim game.

One of the girls called Megumi Kato plays an important role in the series. She’s the most “normal” of any character and it’s for a good reason.

For a Harem/Ecchi series, Saekano does feel fresh and the way it plays itself out isn’t typical.

All the main girls have personalities and are more than just walking cliches. 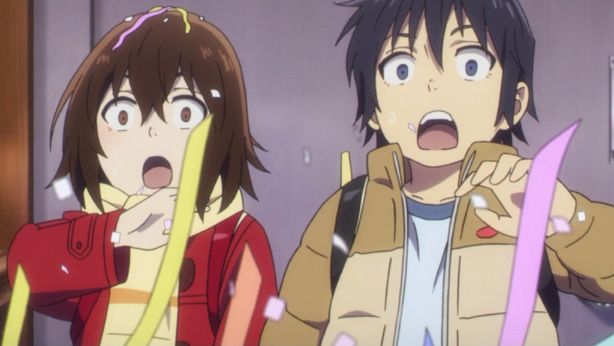 Erased is a psychological series. Some consider it underrated. Either way, it’s well rated and that’s undisputed.

The main character travels back in time to undo a tragic experience, which morphs into something else all together.

It’s only a short so you won’t have to worry about watching tons and tons of episodes.

Just like Blend S you can finish it in no time at all.