Studio Bones is one of my favorite anime studios in the industry. They’re known for quality series from different genres.

One of their most famous these days is in the shonen genre.

And even more with a degree of quality fans appreciate.

Here’s the best studio bones anime worth their salt!

Zetsuen No Tempest is well rated anime series, with a solid plot, focus, and build up of story.

The animation and art might not be the most mind-blowing, but it’s nice to look at and how the story gets you wrapped up in it makes all the difference.

Kusaribe is tricked and dumped on an island by her own clan.

She’s stuck on this island, but through her own power, she manages to get help through a mysterious item that washes up on shore.

The main characters: Yoshino and Mahiro are the one’s who pick it up, and that’s where everything starts off.

With all the mystery surrounding the plot, it’s best you get into it and see for yourself.

Music is one of the nicest out there, no debate.

Soul Eater is about Meisters who wield weapons, and the kishin eggs they collect by killing demons.

Maka Albarn is one of the main protagonists.

In this world, negativity is defined as “madness”. The more madness a person has, the more likely they are to fall to the dark side. Or even become a demon. 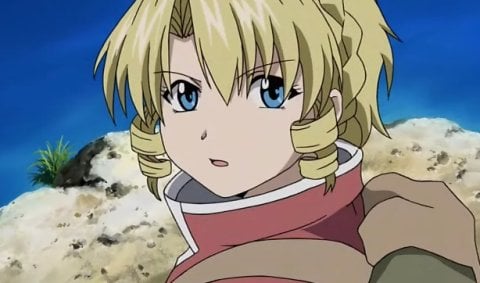 is a strange anime for the amount of genres it fills.

The series has so many genres baked into it, you’d think how the anime is written would be a convoluted mess.

The reality is the anime’s done well regardless, and that makes it unique.

It’s about Pacifica Casull, a princess who’s on the run. It’s claimed that when she turns 16 years old, she’ll destroy the world.

With Shannon and Raquel, Pacifica’s step family, you get a lot of family moments here. And some adventure/action with very light romance. 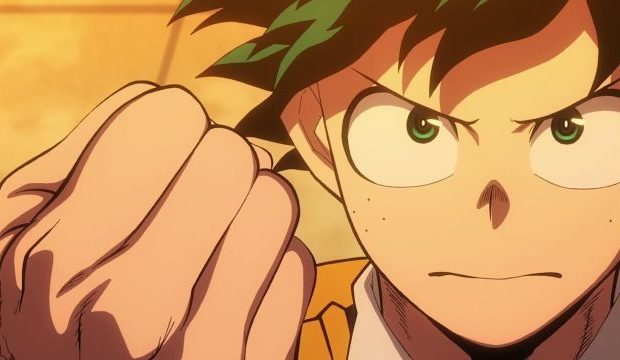 So far, it’s 5 seasons in now and has reached a level of maturity.

It will be remembered in the future.

It starts out with Izuku Midoriya, a guy who was always told he won’t amount to sh*t because he doesn’t have a quirk. A type of special power.

After meeting his hero and almost getting himself killed being brave, he’s given the chance to be the hero he’s always dreamed of.

Not the most unique plot line, but how the anime evolves and is written is where it shines most.

It takes a familiar idea, and makes it better than good.

Relevant: 25+ Of The Most Devoted Anime Fanbases The Industry Has Ever Known 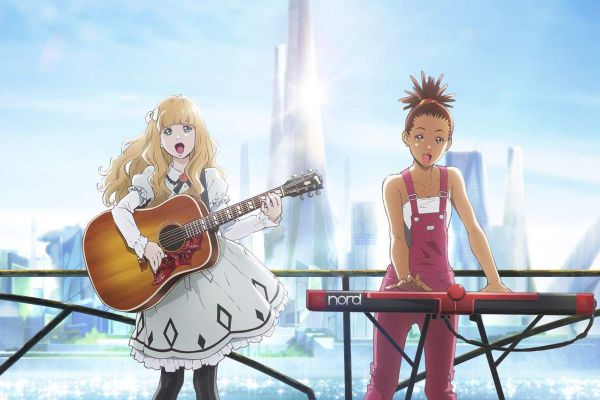 As the name implies, Carole & Tuesday is about two characters. Girls. One is black and the other European.

The story is about a society that’s moved over to Mars (the planet).

This duo of main characters make music together, travel, and the art in this series makes the difference.

It’s one of the few music series we’ve had that looks refreshing in the last decade. 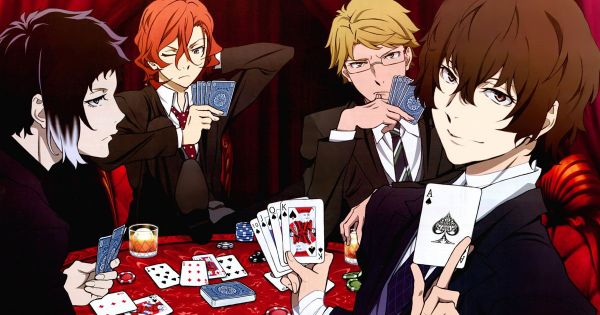 Bungou Stray Dogs is about a group of weirdos who solve crimes and problems in the city. Each character has supernatural abilities.

They’re all a part of the armed detective agency and do this work on their behalf.

Atsushi Nakajima, one of the main characters, is the most normal of the group and has an orphan background filled with abuse.

Osamu Dazai, the other MC, is the main source of the anime’s comedy and eccentric moments. But it goes beyond these 2 characters.

The action and fights are better than it might sound, and there’s a strong focus on gangsters as well. 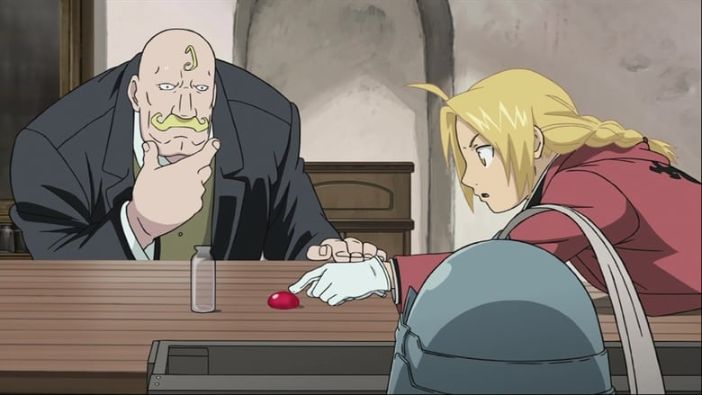 is about Edward and Alphonse. 2 brothers who go to extremes to revive their dead mother.

They pay the price for it.

Edward loses an arm, which is replaced with a metal one. And Alphonse loses his body, but his soul is placed inside a suit of armor.

Their only goal is to find a way to fix this issue, and as they do, they learn about the dark side of “equivalent exchange”.

As well as Alchemy and so much more. Brotherhood is considered the better version of the 2 anime (it’s a remake).

Either way, the anime is considered one of the best of all time to this day. 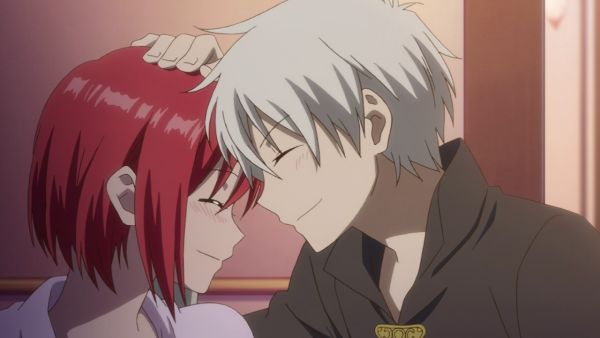 Shirayuki-Hime, or in English: Snow White With The Red Hair.

This anime is all about romance, with under-layers of fantasy, politics, action, and 2 characters from different backgrounds.

Shirayuki is the girl from a poor background. She’s hard working, diligent, and has more smarts than most would believe her to have.

Zen, the prince, is a rebel and doesn’t like following the traditions or politics of how he’s expected to live or behave.

It’s one of the nicest romance series in the last decade since 2010. Nice visuals to go with it. 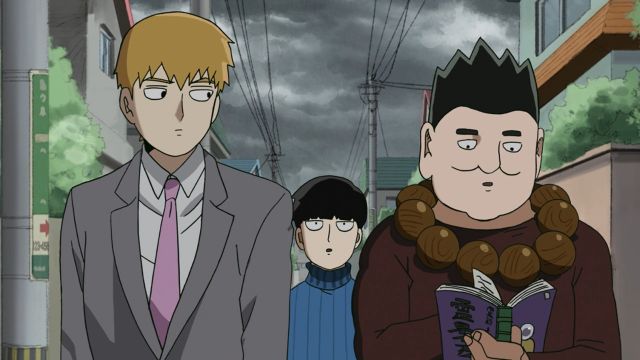 Mob Psycho 100 is about Shigeo Kageyama, an awkward kid with not much confidence. But enough supernatural strength to scare people away if push comes to shove.

His mentor becomes Reigen, a smart businessman who seems ethical and moral on the surface.

Reigen in fact is a scum bag who rips people off and knows how to manipulate people. But Shigeo changes him, and vice versa.

One of the best parts of this series isn’t just the action or fights, but the relationship between mentor and student.

It’s a different breed and has its own feel to it. 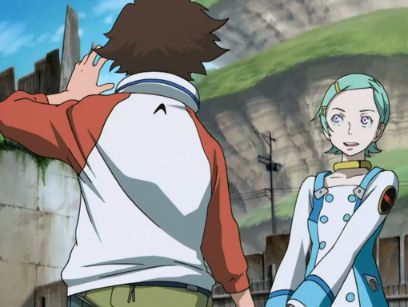 Eureka Seven is a mystery anime series in the Mecha/sci-fi genre. There’s a lot to the story and not a lot is revealed until you get deeper into the series.

For that reason, I’ll just say the plot is about Renton Thurston, a kid who’s sick of where he lives and wants to go on an adventure.

He meets Eureka, a peculiar girl around the same age but with completely different life experiences.

Renton falls for her, and it becomes a relevant part of the story later aside from the Mecha battles and interesting set of characters.

It’s almost one of my absolute favorite Mecha series I’ve seen. It’s written with its own style.

The character development is solid. There’s many biblical references throughout the series.

Read: 25 Of The Best Anime OST’S That Will Make Your Heart Sing 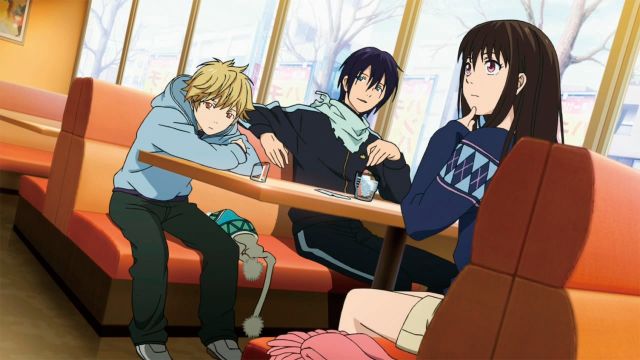 Noragami is about a God called Yato. He doesn’t seem like much of a God because in this world, he’s “poor”.

Like the real world, God’s are put into classes and category’s. Yato is pretty much at the bottom, but he’s dedicated to put in the work anyway.

A girl called Hiyori meets Yato by circumstance, and she becomes an important character besides Yato in the main story.

Hiyori gives “balance” to the series, since she’s different from all the other set of supernatural characters.

8 Of The Greatest P.A Works Anime You Should Consider