They say tea is the most favored beverage in the world besides water.

Over 158 million people drink tea in the United States. With the UK, Ireland, Turkey and Russia loving Tea more than anybody else.

Baring those statistics in mind it’s no surprise you see so many characters drinking tea. L Lawliet being an example of a character who loves the drink…

And Akira from : Special A!

With that being said, let’s dive right into this post and reveal the top tea drinkers in .

It’s hard to NOT mention a tea-loving character without this guy.

Ciel Phantomhive is one of the main characters from the Black Butler series.

An with British voice actors, based in the heart of London. And even more ironically, Ciel Phantomhive serves the queen and does a lot of “dirty work” for her.

When you consider those facts, it’s no wonder Ciel Phantomhive loves his tea so much.

It’s a British thing after all. And we love Tea more than most.

Related: The BIGGEST Collection Of Black Butler Quotes On The Internet 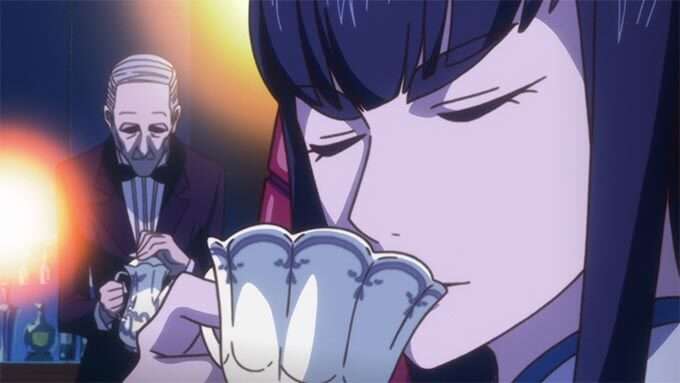 That’s right. The main character who starts out as a “villain” in the : .

Satsuki Kiryuin is a proud warrior who fights for what she believes in. While always standing tall, confident, voicing her opinions and holding herself to a high standard.

One of her favorite things to do in her pass-time is drink tea with her butler. A man she’s known for many years.

Darjeeling is the biggest tea drinker on this list. Even more so than Ciel Phantomhive, which is hard to believe.

Darjeeling is from the military series: Girls Und Panzer. Which focuses on tankery, strategy, battles and everything related.

One of Darjeeling’s favorite things is quotes. She’s always pulling out a quote or two and it’s always related to the situation she’s in.

Overall I love her personality and she’s a favorite tea drinker of mine. 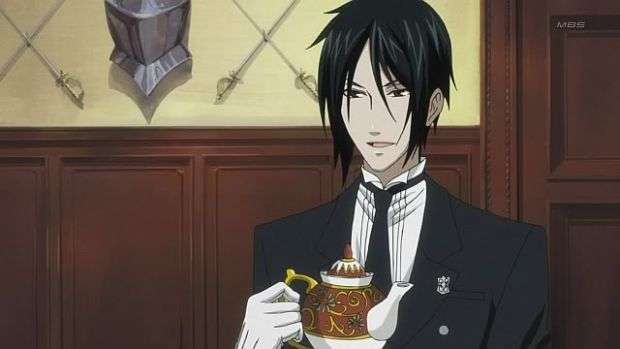 And one of his most famous lines from the series is: “I’m simply one hell of a butler.”

It goes without saying that he’s a massive tea drinker, when he’s the one who makes tea for Ciel.

There are few who are as prolific or common tea drinkers as Sebastian or Ciel in the world of ! 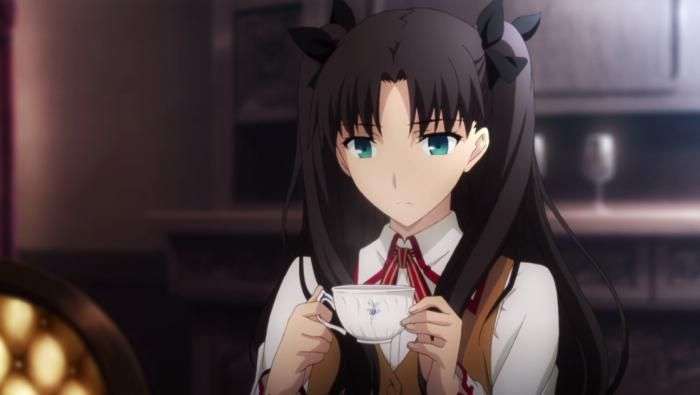 Though not one of the biggest tea drinkers on this list, Rin Tohsaka deserves to be here.

Rin Tohsaka is one of the main female characters in : Fate Stay Night.

But when it’s time to wine down, relax and chill, Tea is one of Rin Tohsaka’s favorite drinks.

Relevant: Looking For Anime Tsundere’s? Here Are 22+ Of The Best! 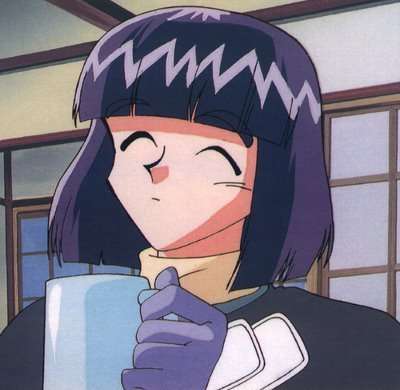 Xellos is one of the main characters later in the : ! And a sarcastic character to say the least.

He enjoys teasing others, not taking things too seriously, and playing “dumb”. Though he’s smarter, and much more sinister and wicked than he lets on.

And of course – he’s always seen drinking tea every now and then. Because that’s just what demons like Xellos do.

Relevant: 9 Anime Like A Certain Magical Index for Supernatural Fans

Tsumugi Kotobuki is a generous character from : K-On!

Being born to a wealthy family, one of the common drinks she’s grown up with is Tea. And she knows how to make a damn good cup of Tea, too.

So good that the whole K-On gang become common tea drinkers. It’s almost out of habit when you see Tsumugi Kotouki drinking or making tea.

Which she doesn’t go a single day without drinking.

Myucel is a maid from the parody : Outbreak Company.

As a personal maid one of her main duties is serving tea for her guests. Including the main character: Shinichi Kanou.

Myucel is a pure hearted character who’s as soft as plain white bed sheets. With a level of kindness that will pull on your heart strings no matter how stubborn you are. 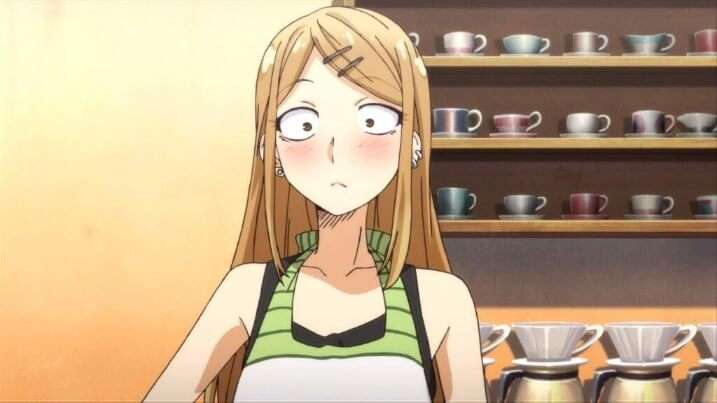 Saya’s one of the main characters (kinda) from : Dagashi Kashi.

An that focuses on the sweets “Dagashi” in Japan, and the culture surrounding it.

You see her making tea more than drinking it, but it goes without saying that she’s deserving of this list. 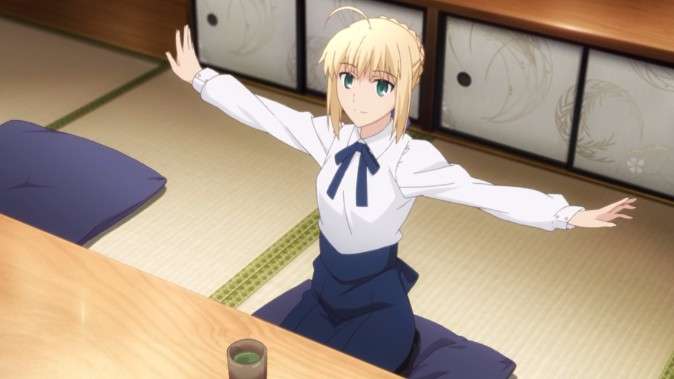 As a knight one of her favorite pass-times and interests are drinking great Tea.

And like other girls on this list, she knows how to make a pretty-damn-good cup of tea.

Saber’s the cool, calm and collected type. Only getting angry when the situation calls for it.

Like Satsuki Kiryuin, she holds herself to a high standard and refuses to tolerate any less. 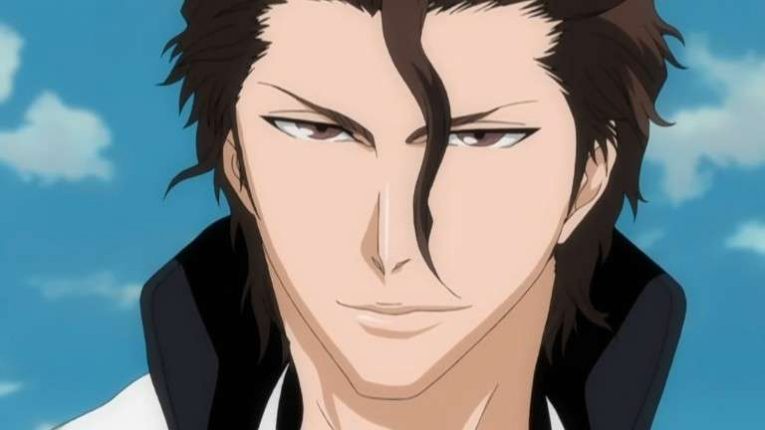 “Good evening, Espada. There has been an enemy attack. But first, let us brew some tea.” – Sosuke Aizen

But because of his popularity as a character I had to add him to this list. And his quote above says it all!

As weird as it sounds, drinking tea suits his personality. At least when you consider almost all of these characters are cool, calm and collected.

18 Of The Greatest Anime Characters With Orange Hair

Want To See Anime Characters With Black Hair? Here Are 34 Of The BEST

im sure i drink more tea that ciel though TT3TT

First thing that came to my mind as I read the title was “yeah there’s no way Darjeeling wouldn’t be on this list somewhere.” On a side note, I’m happy to see one of my all time favorite animes get some love.