not suitable for minors. This statement isn’t as cut and dry as it sounds.

I started watching under 10 years old, including DBZ and the first Dragon Ball series. I also played Silent Hill and Resident Evil + GTA at the time.

Look how I turned out.

It’s not like I’m out here doing heinous sh*t because I was out of the “age range”.

I say all that to say age ratings and content is more about the person, rather than the age group. Not to mention a person’s maturity.

This is more of a thing in the WEST. Keep this in mind while reading the post.

With all that said, here’s some that fit the bill in a technical sense. 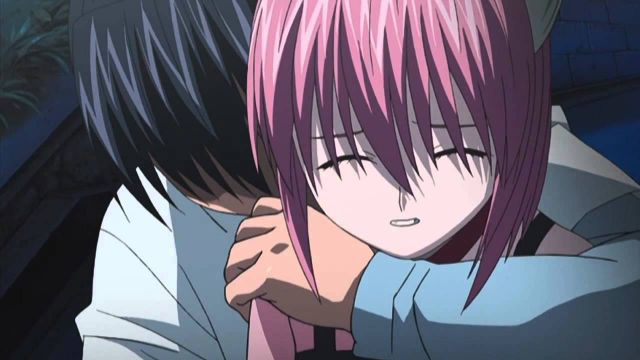 This is extremely violent. There’s no debating it. Heads come flying off in the first episode.

She’s a diclonius. A creation of sorts that has vectors capable of ripping anything to pieces. After escaping her labaorotary, she’s being hunted down by the government who now deem her as a “threat”.

It’s a depressing series in some ways.

Throughout this horror series, there’s themes that involve:

Making it “not” safe for minors. 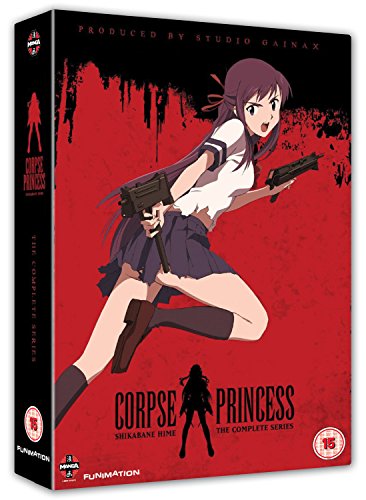 Corpse Princess (Shikabane Hime) - Complete Series [DVD] Start Shopping
We earn a commission from Amazon & other affiliates if you make a purchase at no additional cost to you.

She’s on a mission to slay demons in the hopes of being “freed”. This is based on a belief that killing 100 Shikabane will achieve this.

It’s not the most violent series but it definitely qualifies.

It has similarities to D. Gray Man, Soul Eater, and other of a similar nature. 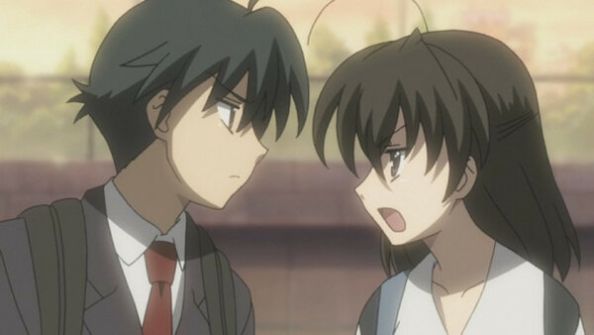 Looks like a “happy” don’t be fooled. This is gruesome, wicked, obscene and violent.

The premise is about a relationship between the main characters. And how sour it turns out later.

When you realize there’s a Yandere in this anime, it becomes clear as what’s to be expected from the violence.

Themes running throughout this short series:

Peach Boy Riverside is an that started airing in July 2021. It has 2 episodes so far, airs on Thursdays.

The is about Sally, a swordsman of sorts with hidden powers and abilities. It’s similar to how Ichigo’s “hollow” awakens and reveals a different personality.

While there is fun and silly moments, there are savagely brutal moments that showcase violence we’ve yet to see in 2021.

With the exception of a few of course. 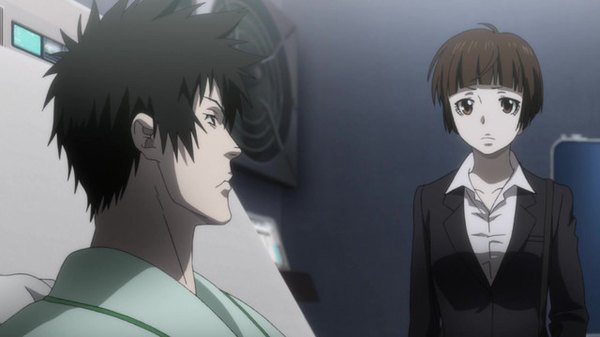 Psycho Pass is a police series set in a futuristic timeline. Robots run most of society, and humans aid them by helping them function and so on.

One particular part of this society the focuses on is how police apprehend criminals and lay down the law.

A police gun called a “dominator” can measure a person’s mental health, and through AI, it decides whether the person is a threat or not.

The violence and brutality is clear from the first episode.

This is one of those that do something DRAMATIC in the first episode to get your attention.

In the case of this series, it’s more than likely gonna drive you away (as far as letting minors watch it).

You get a naked Loli on top of her brothers bed as he wakes up (incest). Easy to see why it’s on the list.

The in general isn’t half as bad, but it has its episodes. 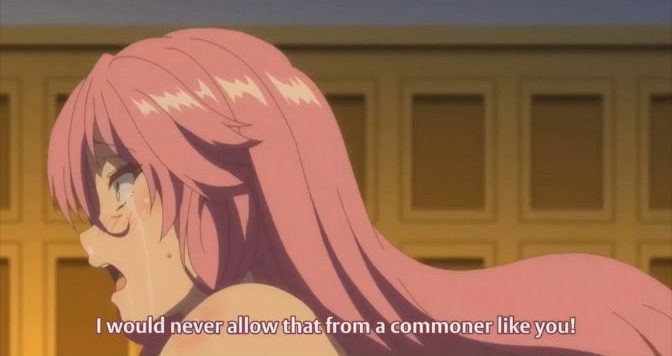 Redo Of Healer has to be on a list like this. It’s arguably the most politically incorrect series ever made. And the most graphic and so called “edgy”.

Keyaru, a male teenager, is r*ped by Princess Flare. She also abuses, tortures, and drugs Keyaru for personal gain.

Years later he gets revenge, one of the things being r*pe. An eye for an eye as the saying goes.

Not exactly the the average person would “recommend” to a minor. 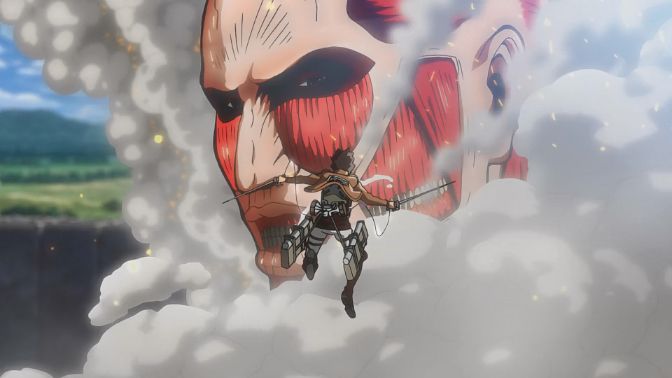 Attack On Titan is an OG at this point. And should go down as a classic if it hasn’t already.

It’s about a lot, but in simple terms it’s about humanity’s struggle for survival against the titans. They build walls to protect themselves, but that literally comes crumbling down eventually.

Many kids and “minors” have watched this and it’s no secret. Just like with other on this list.

And horror in general for let’s say, a parent to “think twice” about it. More so in the west. 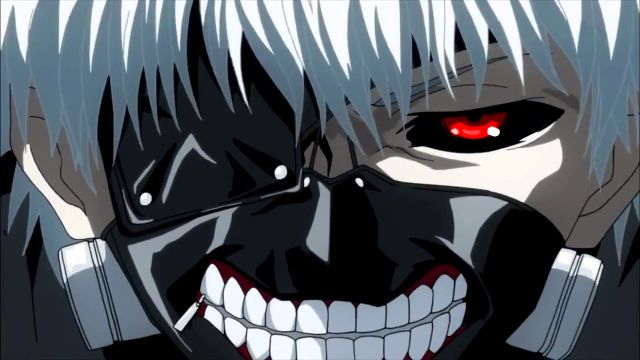 An about Ghouls, essentially monsters, who feast on human beings. A bite from a ghoul can turn a human into one. Same way a zombie would in a zombie series.

The thing about this horror series though:

And isn’t the first you’d recommend to minors.

This really needs no introduction, and it’s on this list for a reason.

Those who naively watch it under this impression end up regretting it!

Relevant: 10+ Relevant Anime The Author Of Boku No Pico Played A Role In 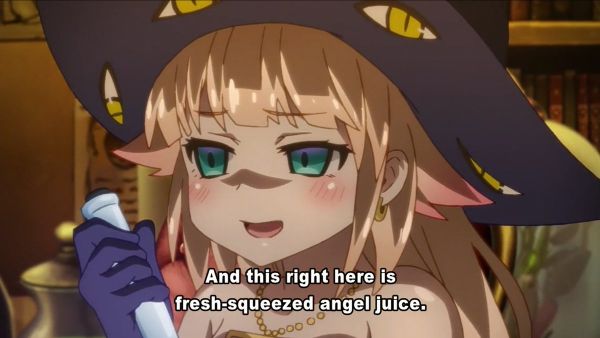 Ishuzoku Reviewers (Interspecies Reviewers) is basically 2 friends going around to brothels, f*cking the women, and leaving a review of their experiences.

In this world the girls are “monster” girls of all kinds.

And every other fetish you can imagine.

It’s a guilty pleasure anime series no matter how you look at it. 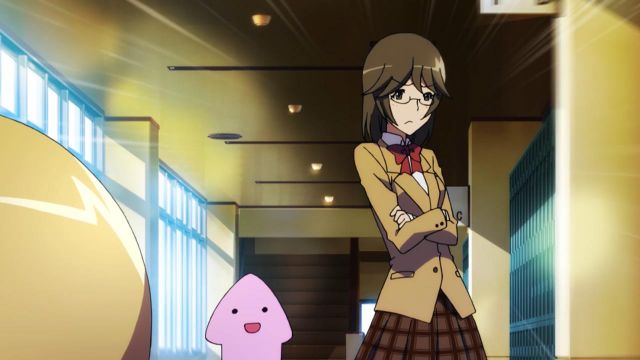 In an where a once all girls school starts to welcome boys, the dialogue, jokes, and comedy is naughty at worst, and politically incorrect at best.

The lengths it goes to is similar to Gintama, except in a lewd, sexual context.

Shino Amakusa is the source of the ‘s out of context jokes, with Aria behind her partner in crime.

The other two relatively normal characters (also main characters) add a balance to everything that goes down.

The main character who’s a guy is on a mission to make as many women pregnant as possible.

There’s a good reason. Pretty much all the men were wiped out by a disease, so desperate times call for desperate measures, as they say.

Being an Ecchi series with a cheeky plot, it’s not just an you wouldn’t recommend to minors, but it’s controversial as well.

Mirai Nikki (translates to Future Diary) is an with both nudity and violence. It takes it to another level at certain moments.

You have an unstable girl called Yuno who’s a Yandere. And her captive (pretty much) by the name of Amano.

Opinions are split on this as a whole, but one thing that’s undeniable is the popularity. Almost everyone knows of it.

Few if any (of a similar nature) can rival its notoriety.

Other not for minors by AGE ratings:

23+ Recommended Anime With More Than One Main Character