There’s different reasons on why you want to see a character in an .

The could be bingeable to watch or otherwise. 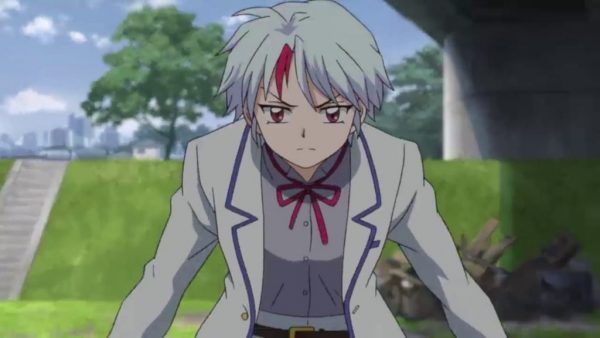 Towa Higurashi is the daughter of Sesshoumaru and Rin from the sequel: Yashahime. However, Towa did not know that at first as she had gone through time like Kagome Higurashi did.

She went to the present-modern day era where  she was a child.

Towa was adopted by the Higurashi family until one day, the portal opened up again and she was able to go back to the feudal world to find her real family.

Towa Higurashi is like her mother, Rin, in some aspects but she also has some characteristics of Sesshoumaru. 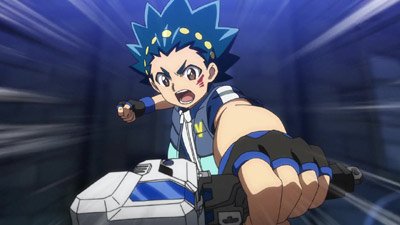 Valt Aoi is a student who has a childish personality but founded the BeyClub in his school.

He battles for the “World Championship” title and defends it throughout the series after winning it.

He practices very hard on beyblading and whenever he loses a match, he tries to figure out what he did wrong until the next time he has a match up.

Valt becomes mature nearing the end of the series, however he is still friendly and has a competitive side whenever he bey-battles.

Vault’s friend and rival is Shu Kurenai, they’ve been friends since childhood and Shu is a prodigy in beyblading. 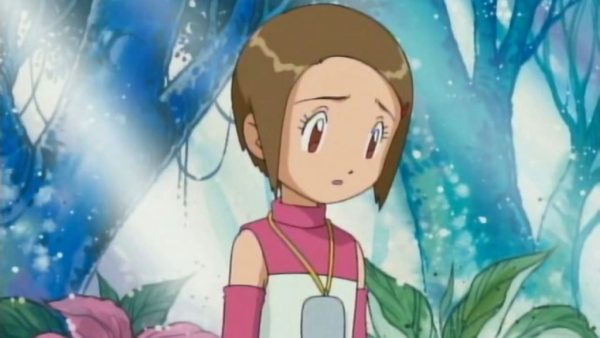 Kari Kamiya is the sister of Tai Kamiya and is the holder of the crest of light and the eighth child of the digidestined.

Kari is one of those people who is kind and takes care of others before herself. There were times within the Digimon Adventure series that Kari would get sick without telling the other kids her condition.

Her digimon is called Gatomon. Kari and Tai are very close as Kari would look up to Tai for help. Tai tries to protect his sister whenever he can during their time as Digidestined. 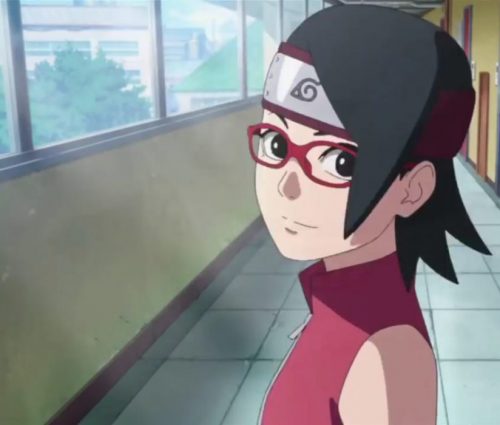 Sarada Uchiha is the daughter of Sasuke and Sakura. She is one of the main characters on Boruto, which is the sequel from Shippuden.

Sarada is a part of the new team 7 that consists of Boruto and Mitsuki with Konohamaru-sensei.

Sarada is a fast learner as she is able to become strong like Sakura and learned the Sharingan from Sasuke. And she’s the top student in her class.

Throughout the series though, she can get emotional easily but is friendly and brave among family and friends. 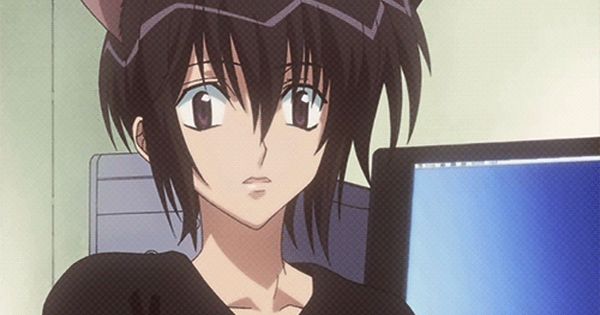 Ritsuka Aoyagi lives with his mother who is abusive to him. She became abusive when Ritsuka’s older brother, Seimei, was in a tragic accident.

Ritsuka hates violence and he is kind, caring and friendly to everyone even if he is lonely.

He is in Elementary School and thus that’s why he still has his cat ears.

Ritsuka meets Seimei’s friend: Soubi one day and it was there that he learns about fighter and sacrifice where Seimei and Soubi were together.

He vows to figure out the tragic accident of Seimei with the help of Soubi. 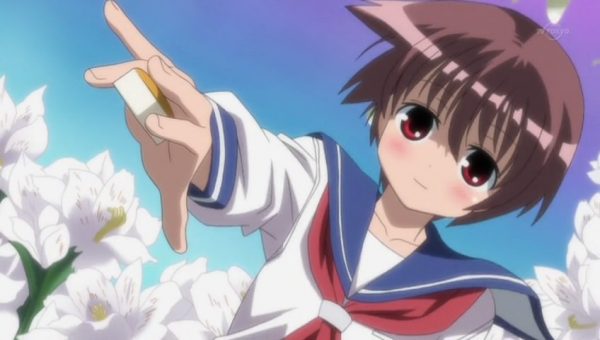 A high school student who is good at playing Mahjong. She was able to play Mahjong through her family, and she joined the Mahjong Club in Kiyosumi High School.

Once joining the club, Miyanaga became close friends with Nodoka, one of the other girls within the club.

Saki Miyanaga also has skills and abilities to be able to win in the Mahjong games, she has good luck skills.

The motivation to go up against her sister, Teru is why she joined and to play against her in the nationals.

7. Siesta (The Detective Is Already Dead) 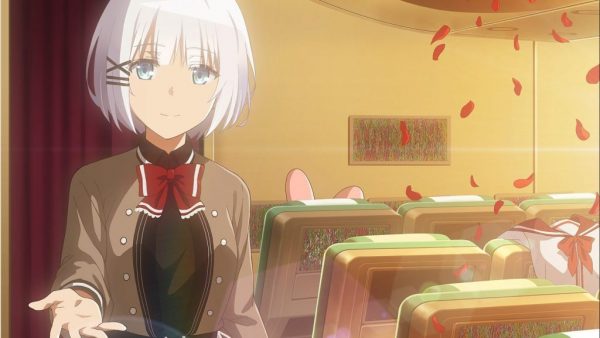 Siesta is a mystery detective after a young man meets her on a plane one day and the duo begins their adventure.

Siesta seems cold and unkind, but after meeting the young man on the plane, her attitude changed.

The : The Detective Is Already Dead begins airing this July 2021 if you want to find out more about Siesta. 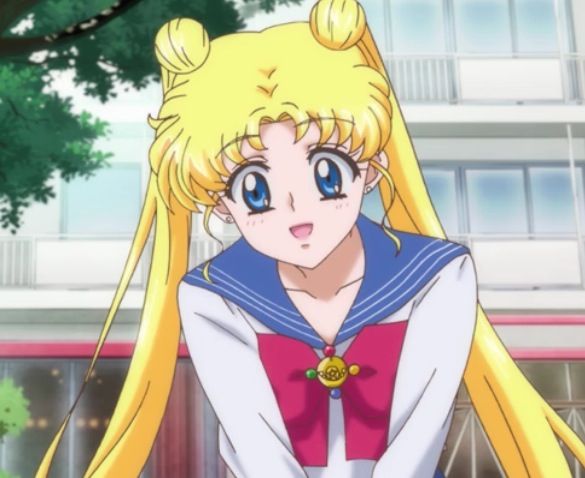 Usagi Tsukino becomes a superhero called Sailor Moon as she was turned into one by a black cat one day.

Tsukino is a teenager who has a regular family and a boyfriend. Their love for each other is so strong that it helps Tsukino in tough situations.

Besides being Sailor Moon, she lives an ordinary life as she is part of the Drawing Club in school. Usagi cares about her grades and she becomes more mature within the series rather than being like a child. 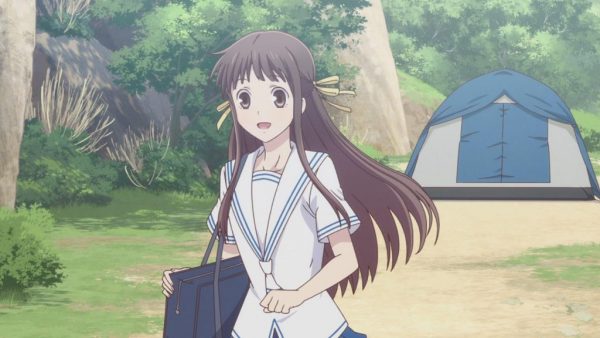 Honda Tohru is a high school girl, she works after school to pay for her tuition so that her family wouldn’t have to.

With her kindness, Tohru helps the Sohma family break the curse that they were placed in by becoming Zodiac animals.

Tohru is a beautiful girl who has been hit on by boys within the . Besides being beautiful, she can do housekeeper work and doesn’t hold grudges against anyone.

She’s homeless after her parents’ deaths, that’s when she met the Sohma family after they took her in. 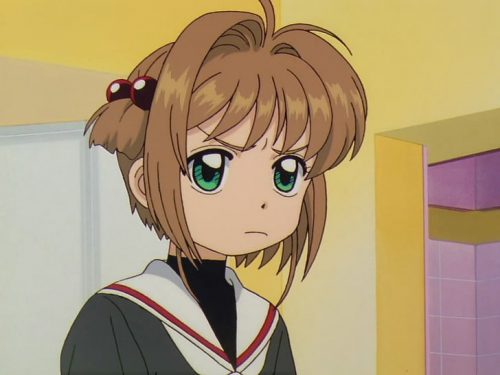 Sakura is an Elementary School student and throughout the , she mostly wears her school uniform.

She’s a bit of a tomboyish girl but she is energetic, friendly, and a tough fighter. However at times, she can be clueless and needs help.

Sakura falls in love with Syaoran Li but it took her awhile to figure out Syaoran’s confession.

Sakura’s abilities of catching cards are powerful and knows what she’s doing without even the help of Syaoran at times. 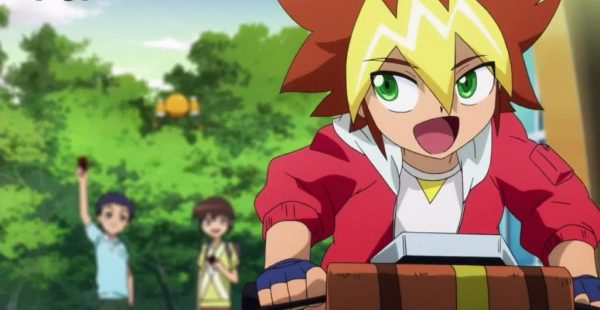 Yuga Ohdo is an Elementary School kid who creates the Rush Dueling format.

He doesn’t really want to become the “king of games,” he just wants to have a chance of performing his Rush Dueling so that everyone could enjoy it.

Yuga is intelligent as he was able to create the Rush Dueling format, however he is rebellious and enthusiastic in trying to get it done.

Yuga uses a spellcaster deck but he doesn’t win every duel. He also doesn’t mind other people getting the title of “king of games,” but he does try and pay attention in school even if he likes inventing. Rin is a beautiful, kind, energetic girl in the Lost Song. In the , she is the lost song and song of healing.

Whenever Rin is sad, her younger brother named Al Hawkray tries to cheer her up and he even enjoys listening to her sing.

Her magical songs were kept secret but soon Rin left on a journey with her younger brother. 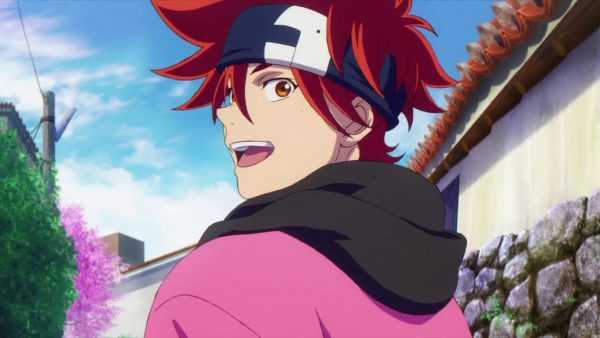 Reiki is outgoing, friendly and could easily communicate with anyone who has a passion for skateboarding like he does.

During his childhood, he was able to get his skateboard from a friend and that was when he first started to skateboard. 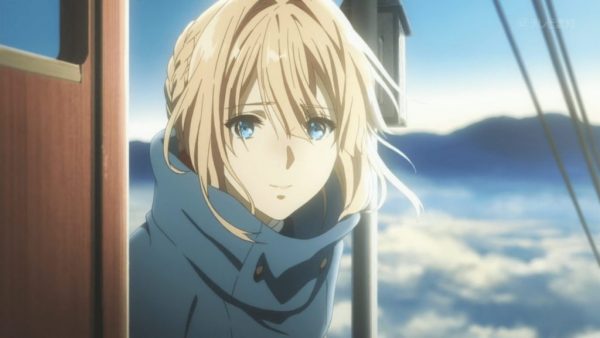 Violet Evergarden is a beautiful girl who is sad but is secretive and polite to others.

She doesn’t really understand people that much and that’s because she works as an Auto Memories Doll after the war.

Violet helps people and by helping people she transcribes thoughts and feelings onto paper.

During the series, she thought of herself as a “tool” but overcame that feeling once she understood about living with human beings again near the end. 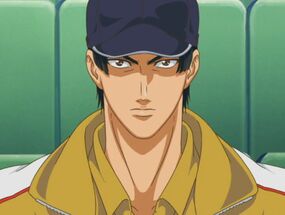 Sanada is the vice-captain of Rikkaidai Tennis Team, he is one of the top three tennis players on his team.

Sanada becomes serious and strict so that his team can win when their captain was in the hospital. He’s been childhood friends with Yukimura, and he knows Yukimura’s abilities well in tennis. Goh is the same age as 10-year-old Ash Ketchum. He met Ash in the Kanto region and from there the two kids travel around the world and catch Pokemon.

Unlike Ash, Goh dresses somewhat stylish throughout the series and has a competitive side as he catches a lot of Pokemon straight away.

During the series, Goh has difficulty in making friends and even at one point, his argument with Ash was so heated, Goh almost lost Ash as a friend.

Goh even improves his training with his Pokemon throughout the series and even got the dynamax wristband. 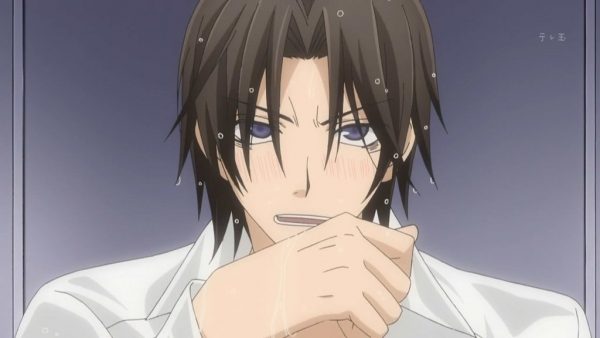 Isaka is the president of Marukawa Publishing and is the lover of Karou Asahina.

Isaka was the one who first saw Akihiko Usami’s writing skills and so Akihiko became a top author in Marukawa Publishing.

Both Isaka and Karou have been childhood friends for a long time that it became a romantic one. It wasn’t surprising that they’re still together when the spin-off Sekai-ichi Hatsukoi aired.

Isaka seems to have a cold attitude to people but he means well and it is usually Asahina who puts him in place.

Related: 14+ Of The Best Yaoi Anime Characters You Need To Know 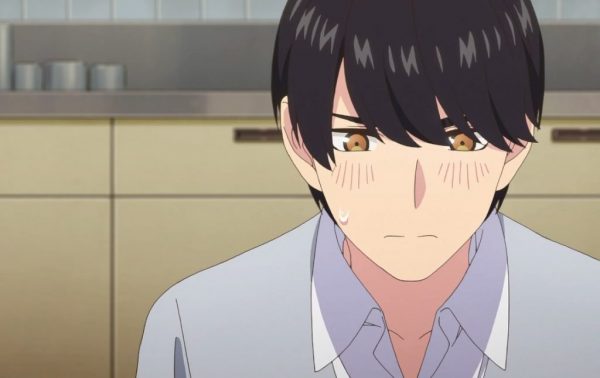 Futaro Uesugi is a gifted student in the of Quintessential Quintuplets.

Futaro becomes a paid tutor to the quintuplets and something interesting happens in the end.

When Futaro meets the quintuplets for the first time, he knew that they needed to trust him in some sort of way as they didn’t want to have a tutor in the first place.

It was difficult for Futaro but he had eventually gotten them to trust. 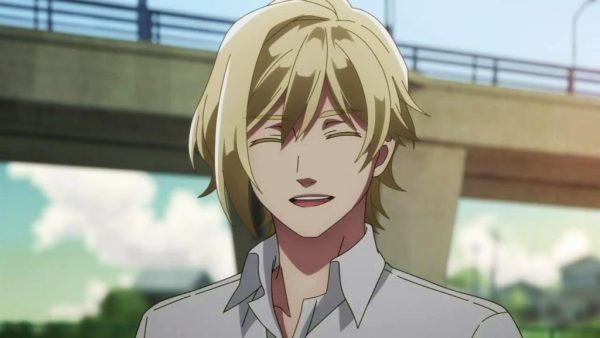 Sho is handsome, polite and has the skills of a surfer. Sho is from the : Wave!! Surfing Yappe.

He has a complicated family life however there was tragedy for him within the series of the .

He has been friends with the main character: Masaki, but ever since that tragedy, Masaki wasn’t really himself. 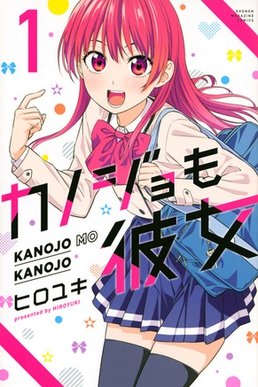 Saki is the girlfriend of Mukai Naoya from the : Saki Saki. She’s energetic and is good at playing sports. Though she can be a bit violent especially with her boyfriend when he gets on her nerves.

Saki is one out of the two of the girlfriends that Naoya wants to date, the other girl being Minase Nagisa. 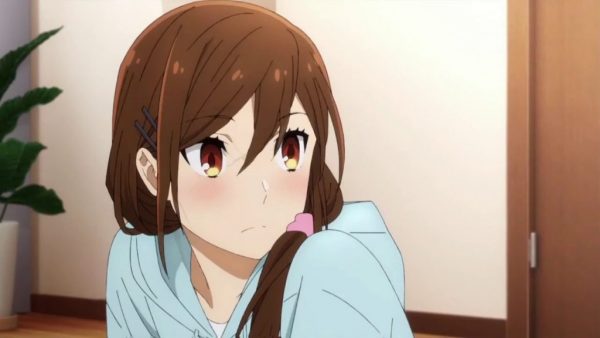 Hori is a high school student and is the girlfriend of Izumi Miyamura.

Hori is a good student in school and is normally seen wearing her high school uniform. She’s a beautiful girl but she can get jealous when she sees Miyamura talking to other girls.

The : Horimiya is all about slice of life and high school romance, hence the life between Hori and Miyamura.

Hori takes care of her little brother Souta whenever she’s home from school. The two argue at times but Souta does hope that Miyamura and Hori are together.

15+ Anime Shows You Can Workout To And Get Motivated