Anime fan service is an ongoing conversation. It never stops because at some point or another, CONTROVERSY sparks because of it.

Look at Mushoku Tensei. The anime has problems of its own, but fan service is one aspect.

Redo Of Healer is another one. Apart from its obvious controversy, it’s criticized for its fan service and sex scenes…. Even though the anime is in the genre.

In 2020 Ishuzoku Reviewers was criticized in similar ways. Even platforms like Funimation abandoned it.

People can never shut up about , especially those who are outside of the anime community.

Let’s not forget the loud minority on Twitter as well.

Not all fan service (or ) is bad. In fact, fan service itself isn’t inherently bad. It’s just treated that way.

Sometimes by people who are prudish or act like sex or showing skin is taboo, illegal or “dangerous”. Despite they themselves getting down and dirty like everyone else.

That said, there is a way to spot good fan service (not just bad) that goes unnoticed. And isn’t highlighted enough.

Good fan service is all about the intent 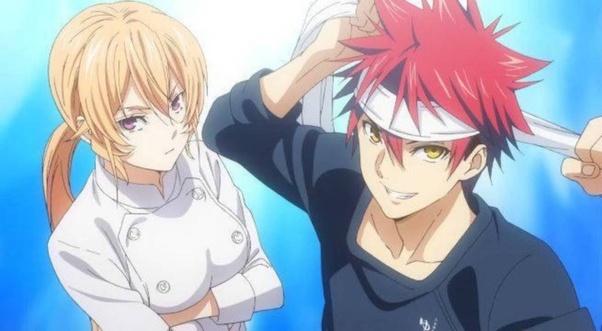 This is Food Wars. Made by J.C Staff. It’s the #1 anime for food and the ratings speak for itself.

It’s classed as a /Ecchi series. The story is focused on food competitions and battles between expert and amateur chefs.

Amateurs work their way up the ranks the same way they do in a tournament.

How does “fan service” play a role?

Fan service is used to enhance and even add humor to the main themes and episodes.

This is the anime’s secret weapon. 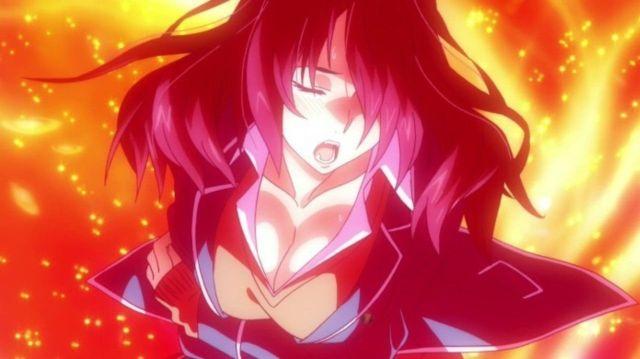 In the first episode a woman has a bite of some food, but she looks aroused. It almost seems sexual.

The trick here is…. Food Wars “expresses” those emotions we feel when we eat food and can’t get enough of it as fan service. 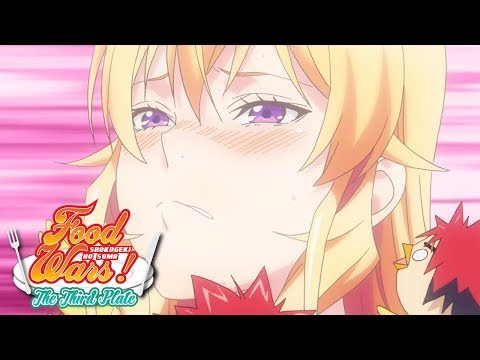 The anime doesn’t discriminate when it comes to GENDER either. Both genders are used to animate their feelings after eating good food.

And both are used to exaggerate those feelings, and enhance each relevant anime moment. Sometimes to make it more comical.

In this context it doesn’t feel tacky, trashy, exploitative or unnecessary. It’s the definition of what GOOD fan service looks like.

The reason is because the intent is clear. And it’s necessary for the plot and the mechanics of how Food Wars works.

This is why Food Wars has been so successful. There’s nothing like it as far as how it’s written and portrayed artistically.

Akame Ga Kill is another example of good fan service.

The anime doesn’t rely on it, the plot is relevant by itself. But when there is a hint of it, it’s within CONTEXT.

100% of the time it relates to the plot, a section of it, or something happening that pushes things forward. And tends to be tasteful if not.

One example is when Tatsumi is testing out an Imperial arms, which happens to let you see what a person is concealing. Including what’s underneath their clothes.

No hints of exploitation (for fan service) in the slightest.

Related: The Most Popular/Top Selling Anime Don’t Even Have Fan Service

And then there’s “bad” fan service 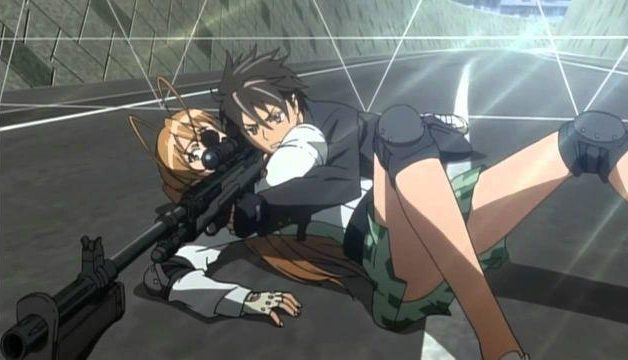 Highschool of the dead. A horror series with and fan service sprinkled into its pot of gore and zombies.

Just look at the screenshot. It says everything that needs to be said.

The main character has his arm wrapped around her boobs, conveniently. While taking aim with his sniper rifle.

Not only that, but the female character’s legs and (almost) ass is on display in full HD.

Zombies are the main plot and It’s even a VIOLENT anime. But the fan service is ironically bad and is consistently abused.

It’s to the point of making things worse and being a distraction. 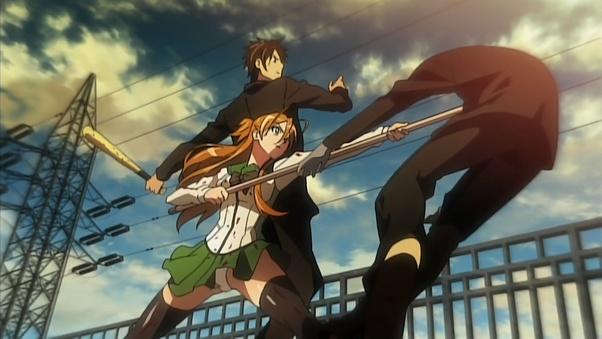 This is a screenshot of a character shoving a pole into a zombie. And yet look at the angle of the shot… Is this really necessary, giving the context of the anime?

They sneakily threw in “panty” shots that you’d otherwise miss in the action… If you never bothered to pause it.

Unless you’re already on the lookout for that sorta thing.

Every opportunity is exploited, regardless of the anime’s so called horror plot. 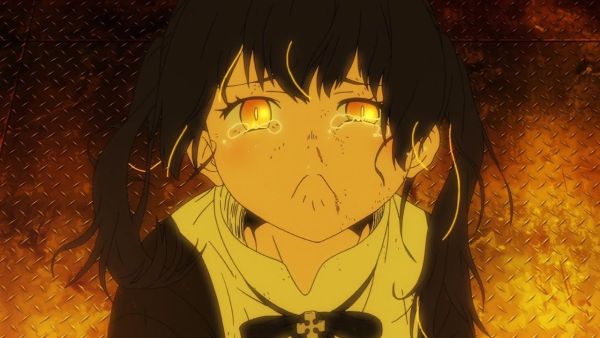 Fire Force is an anime series with bad fan service. I hate to say it but it’s the truth (despite loving the series).

Tamaki is used as a running gag for MOST of the seasons. Fan service at the most random of times. She’s nothing more than that.

It’s why some dropped the anime, and I get it.

This is mostly rampant and used as a distraction with bad timing in the first season. 2nd season irons it out better.

That’s where we get some development from Tamaki.

That’s the difference between good and bad 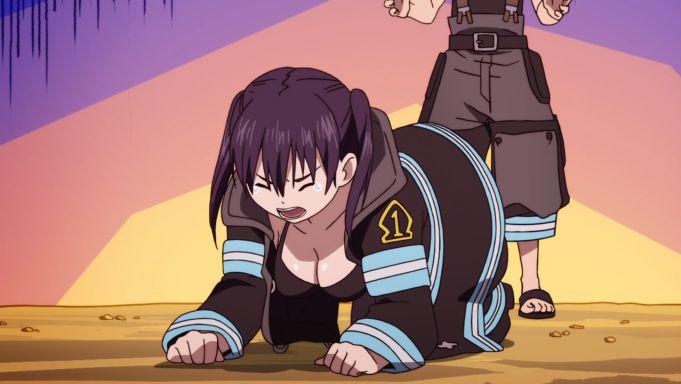 One is all about exploitation. Male or female. And is a distraction and feels unnecessary.

The other is when it’s used within context, makes sense, and even better: it enhances the anime.

But the thing is: the context is blurry sometimes. It’s hard to draw the line or even know where the LINE is.

Kill La Kill parodies typical tropes and fan service cliches, makes fun of it, and turns it into an ART FORM.

It makes you giggle more than it makes you cringe. Because of how well-done and daft it is.

So when it comes down to it:

And that’s how you can usually notice it.