Amber Heard hardly needs an introduction at this point. Aside from being an actress in shows like Aquaman, these days she’s most known for her beef with Johnny Depp.

She was once in a relationship Johnny Depp where she claimed domestic violence and a lot more has happened over the years.

Once the recordings surfaced the world got to see the hidden side to the overall truth, as opposed to the convenient truth being spun by mainstream media outlets and panderers.

She was also clinically diagnosed with BPD (borderline personality disorder). 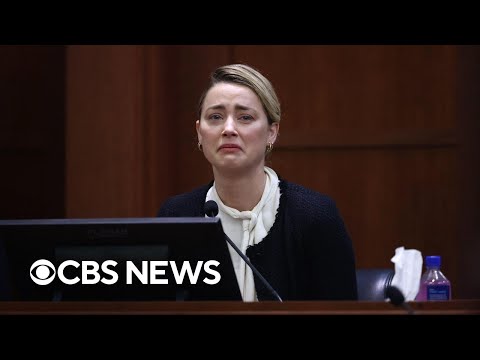 And overall outlook and behavior. 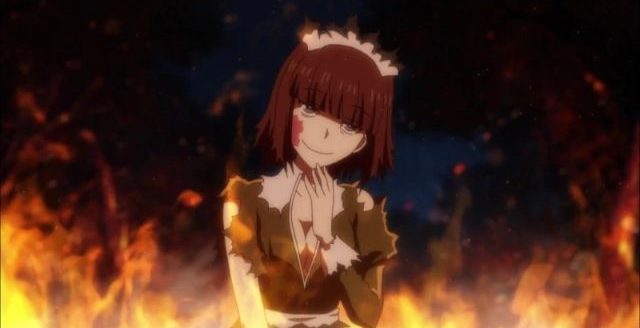 Eleanor Charlet is a major antagonist in the Rokudenashi series, but she’s not the only one in the .

She dresses like a maid and appears to be nice, accommodating, understanding, and wanting to cater to the needs of her clients. Just like a maid would, basically.

In reality she’s conniving, calculating, deceptive, and an outright snake. with a nasty set of principles and habits. There’s clearly darker secrets that are unknown about her as well that she keeps hidden.

She’s a woman who knows how to talk, communicate, and manipulate for personal gain. 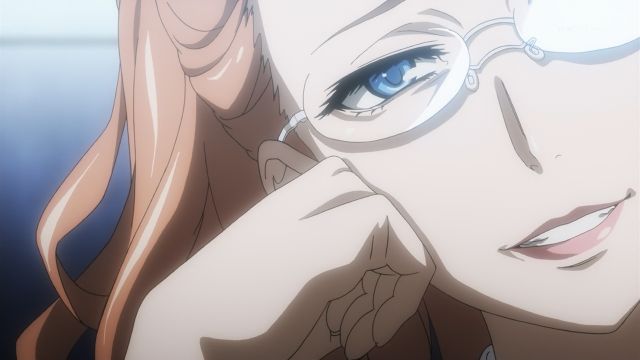 Therestina Kihara is the daughter of Gensei Kihara in the Railgun franchise. The latter who’s a mad scientist who conducts immoral experiments and is indifferent to other people’s feelings.

Therestina is similar in this way being the daughter, and she has her own twisted ideas of how the world should work, and what she’d like to do with it from a science point of view.

If there’s one thing about her it’s her honesty, straightforward attitude, and the fact that she doesn’t give a damn about what anyone thinks about her beliefs or actions.

She’s intelligent and that makes her even more dangerous. 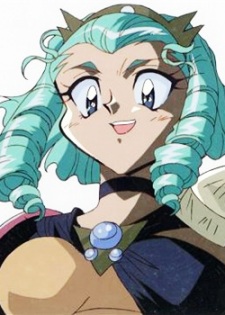 Martina is a side character in the series, but for a good portion of the 2nd season she shows up a lot. And more than you’d like.

She’s a princess and one who’s not very smart. She’s deceptive but doesn’t have the brains to make use of her deceptive tactics and mentality.

Lina Inverse (female MC) destroys her kingdom which then crumbles to bits in real time. So Martina wants revenge against Lina, but the experience somewhat humbles Martina. Another RPG game, with its main focus on demons and you, the Samurai.

Non Stop Goddess is based on the Heian historical period of Japan. 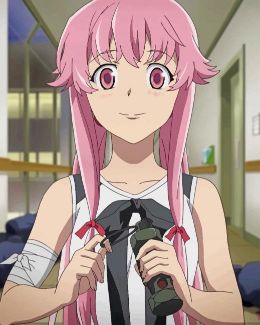 Yuno Gasai is the classic Yandere we all know of in the community. Some seem to love Yuno Gasai, while others recognize how toxic she is and more so her relationship with Yuki Amano.

Being a girl who had an abusive upbringing, regularly locked in cages and talked down to for not doing the simplest of things, she has a warped view of the world.

She’s an obsessive person who gives the person she loves no boundaries or even space to do the things they want to do. Being with Yuno is like giving up all your freedoms and dancing to whatever beat she demands.

She’s violent as well. And unstable. And will even gaslight Yuki Amano the way Amber Heard did with Johnny Depp in the recordings. 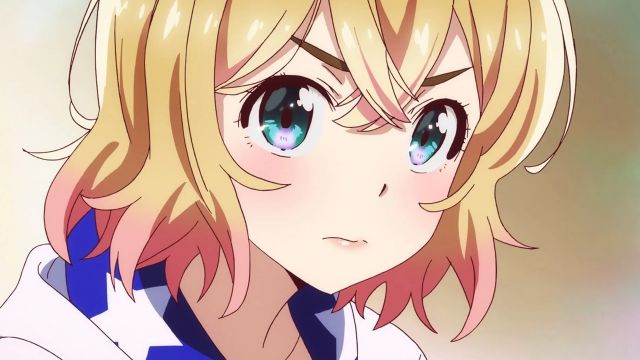 Mami Nanami is a girl who starts out with Kazuya Kinoshita. They’re in a relationship and Kazuya thinks everything is going well. Then she randomly dumps him for the f*ck of it.

He’s heartbroken of course, and that leads him to go online and order a “rental” girlfriend called Chizuru Mizuhara who’s highly recommended.

Mami then gets jealous after seeing Kazuya with this new girl so suddenly, and does everything she can to make him miserable.

She seemingly has no real motives for this behavior, except to be the biggest b*tch she can because she feels entitled to doing and having whatever she wants.

She’s now one of the most hated anime characters of all time!

6. Malty S Melromarc (The Rising Of The Shield Hero) 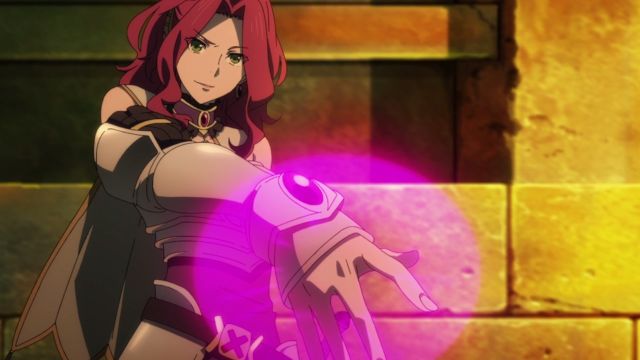 Malty S Melromarc is the villain and major antagonist in the first season of The Rising Of The Shield Hero. She starts out as a regular red headed princess who’s kind, sweet, and gentle.

She hangs out with Naofumi after he’s reincarnated in this new world and shows him around. He genuinely thinks she’s interested in him.

Then you realize she purposely took advantage of him and decided to make a false r*pe accusation to destroy his reputation for the fun of it.

Even though she’s clearly a liar and the culprit which is proven down the line, she’s still in-denial and plays the victim card by gaslighting the real victim for something they didn’t deserve. 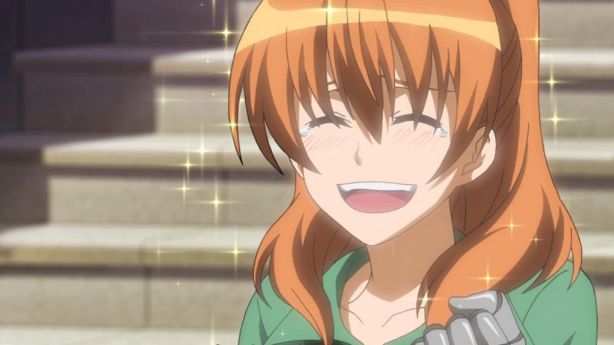 Now Seryu Ubiquitous is a different character for a lot of reasons compared to others on this list. But she still shares traits and similarities to Amber Heard.

First of all Seryu comes across as a kind, sweet, caring, and happy girl who serves others through her work in the capital. Everything seems to fit and she’s even attractive.

What you see is Seryu has a twisted sense of justice, right and wrong, and morality as a whole. She was taught the wrong way and it shows from her inner circle of influence.

What’s even worse is Seryu has a bloodthirsty obsession with exercising her so called “justice” which makes her a killer who believes they’re completely in the right.

She’s a dark representation of what a Shounen protagonist would be if they were written in the opposite way of the usual cliches. 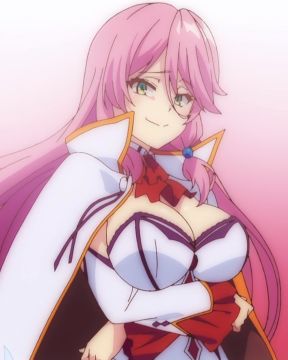 Flare (or Freiya) from Redo Of Healer is a new-ish villain from the 2021 series that set the internet on fire with its controversy and exposure of double standards.

She’s a pink haired princess (literally) of the Fioral Kingdom. On the surface they seem to be “do-gooders” by the fact they fight demons and protect the people….

This is a sham. Flare along with her comrades colonize, destroy, pillage, murder, and enslave many of those they target around the country.

She’s also responsible more importantly for the MC Keyaru’s trauma, abuse, and more as she drugs and even gets people to r*pe him so she can use him for his magic.

Everything about Flare’s image on the surface is a convenient lie that looks believable if you’re unaware of what’s below the surface.

Is Spy x Family Overrated GARBAGE Or A Genuine Masterpiece?