Kevin Samuels is a man who blew up during the pandemic around 2020. This was during the time he gave dating advice to women, which he did for Men years prior before the change.

He’s harsh, brutal, but more than anything truthful with his opinions on dating and relationships.

After the “average at best” video blew up the out of context clip went viral and shot Kevin Samuels into fame well beyond the YouTube space.

His straightforward, controversial, and direct approach with women is part of why he’s so known and hated by many.

It’s been confirmed by Atlanta police he was unresponsive and passed out. But many unconfirmed reports on Twitter are claiming he’s passed away.

Many are saying he’s dead and has been for hours.

All that aside, here’s a list of characters with similarities to Kevin Samuels. Mostly when it comes to:

Sakuta Azusagawa is the main male character in Bunny Girl Senpai. His lines, phrases, and responses have become a staple in the community for the comedy and even seriousness attached to it.

He’s the kind of guy who doesn’t care or worry too much about what other people think about him. This is actually seen in one of his quotes.

He’s also not the kind of guy to let double standards run his life or play tricks on him when it comes to respect and to people in general regardless of gender.

Related: Anime Gender Equality – Is This REALLY An Issue?

He’s not like this because he’s an asshole, more like because he’s not a hypocrite and doesn’t give anyone special treatment based on labels, status, or otherwise.

Shinichi Chiaki is a character many will overlook in the romance/comedy genre. He’s from the  Nodame Cantabile which is an underrated rom com series focused on musicians.

This guy is unconventional and the complete opposite of a simp. He won’t bow down to negative standards some women expect out of Men, and he doesn’t subscribe to double standards either.

If you’re deserving of respect you’ll get it from him. He see’s people for who they are.

Akuru Akutsu is another character with similarities to Kevin Samuels. Aho Girl might be a parody with over the top comedy and slap stick, but the main character does have “realistic” characteristics.

Like many on this list he doesn’t subscribe or fall victim to double standards. He see’s you as human and treats you a certain way based on how you are as opposed to your gender.

There’s no bias with this guy.

Relevant: 18+ Feminist Anime Characters Who Don’t Have A Gender Bias 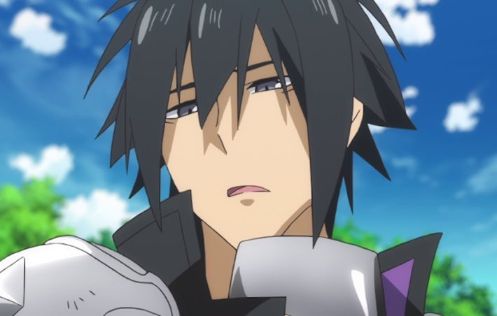 Seiya Ryuuguuin is called a THOT slayer by many in the community. This is a YouTube thing from what I see.

Basically Seiya doesn’t allow double standard ideologies to cloud his judgment, and he doesn’t take abuse from women just because that’s the expected thing to do.

That doesn’t mean he’s a sicko, obviously not. Just that he has STANDARDS and refuses to break them just because he’s a man.

People should be like this in general regardless of gender anyway. 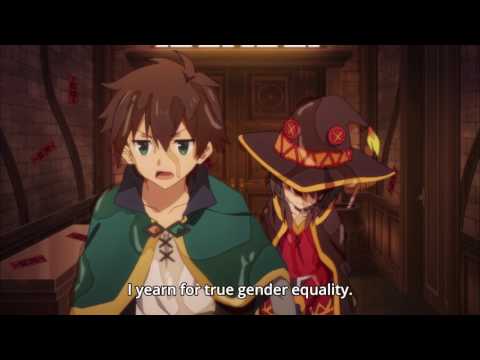 Kazuma Satou is the OG of the community, and has been ever since Konosuba (Kono Subarashii) aired back in 2015-2016.

Adapted from a the series is an that follows Kazuma who’s reincarnated after a pathetic death, only to form a seemingly useless party of adventurers in a new world.

Kazuma believes in true gender equality, and will call out anyone who tries to use double standards as a weapon.

The might be extreme and exaggerated at times in its approach to this, but Kazuma is a praise worthy character given the climate the WEST is in when it comes to the so called gender war.

Relevant: 18+ Of The Best Anime Characters Who Support Gender Equality

Touma Kamijou is the protagonist of A Certain Magical Index, and he doesn’t look at the world the way some do.

He’s a poor student living in a dorm, doing his best to live life and make ends meet. But he has a big sense of justice and can’t help himself when it comes to helping others in need.

While in some ways he has a childish view of the world, his sense of justice and open-mindedness is what makes him a great character.

That’s true even when you ignore all the supernatural stuff of the series relating to Touma Kamijou.

Vegeta is a classic example of a character like Kevin Samuels. Vegeta has changed drastically since the beginning of the franchise, and he isn’t the same as he is now in compared to before.

One thing that never changed was Vegeta’s pride, his principles in life, his straightforward attitude, and his fearlessness in speaking the truth and telling others how he feels.

Men, women, it doesn’t matter. There are no exceptions to accountability.

Vegeta is seen as an asshole in the early stages but once his character is fleshed out and you see more of who he is, you realize he had a good heart with good intentions all along.

He’s a misunderstood person because of how he behaves or has behaved in the past, and that’s a relevant similarity worth pointing out.

Naofumi Iwatani is the last character I’ll mention with similarities to Kevin Samuels. In fact they have a lot in common, just in a different context.

In the beginning Naofumi hangs out with the princess after being sent to another world, and this same princess takes advantage of him.

Long story short she makes a false r*pe accusation against him which destroys Naofumi’s reputation, and he’s forced to deal with the false narrative being pushed against him by the powers that be.

Despite getting over these accusations and becoming a stronger person, in the end that’s all it was: accusations designed to destroy his reputation. Accusations with no weight, truth, or evidence to back it up.

Purposely out of context, and intentionally manipulated to paint in a negative light that didn’t represent reality.

19+ Anime Characters With Red Eyes You’ll Fall In Love With!