is one of those ‘s you either hate or love. And can sometimes be a little graphical and over the top for some people.

The main character – has a “I don’t take no BS” kind of attitude. Which is why nothing gets in the way of her goals.

This fits well with her inspiring quotes taken from some of the best moments in .

If you have quotes to suggest for future posts, leave a comment. 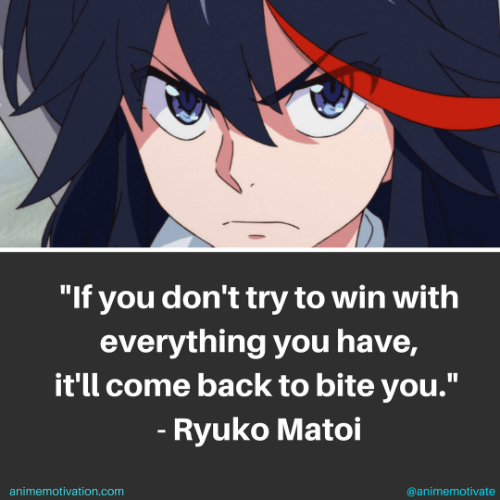 “If you don’t try to win with everything you have, it’ll come back to bite you.” –

What this quotes says is you have to put 100% into whatever it is you’re doing. If you don’t, there’s a chance things won’t turn out the way you expected them to. 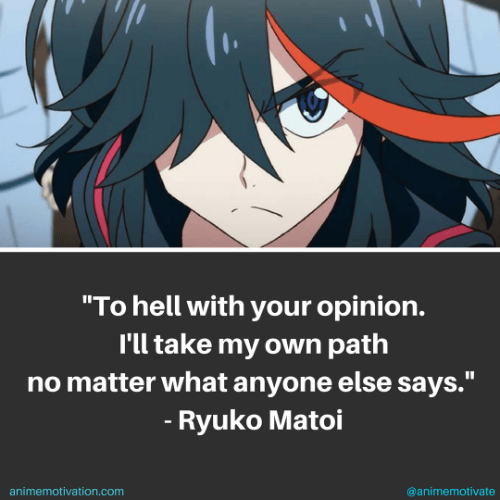 “To hell with your opinion. I’ll take my own path no matter what anyone else says.” –

Everybody has an opinion about what you should and shouldn’t do. But in the end, it all comes down to what it is that YOU want.

Always go after what you want and follow your own path. Stay true to who you are. 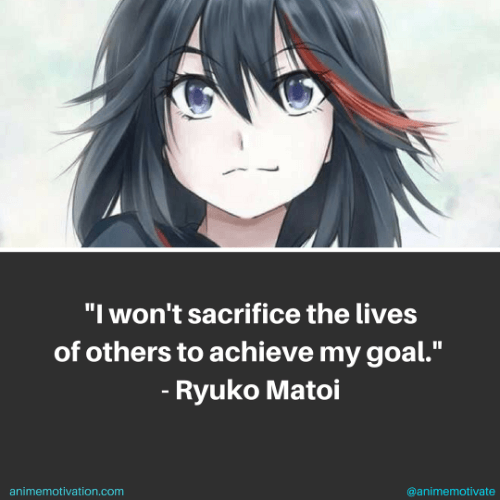 “I won’t sacrifice the lives of others to achieve my goal.” –

It’s all about having high standards and staying true to yourself. No matter what it is, never sacrifice something that’s not worth giving up for the sake of success. 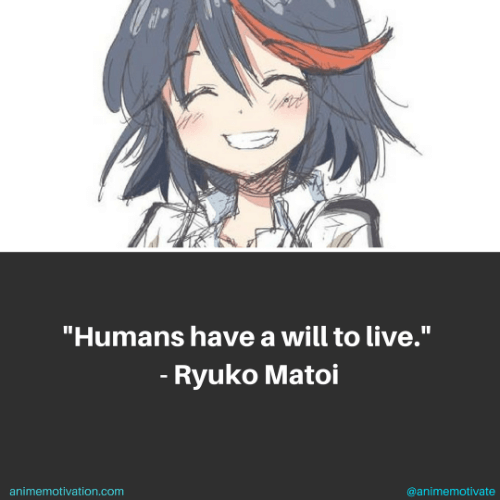 Everybody has a will to live, to fight, to keep going, to succeed, and do our best. Never lose that will, that drive, that motivation and determination!

Kill La Kill (Complete Series) [Blu-ray] Shop with Amazon
We earn a commission from Amazon & other affiliates if you make a purchase at no additional cost to you.

A Collection Of The Best Dr Stone Quotes That Will Make You Think!