Madara Uchiha is one of the most relevant characters to hit the Naruto series.

As an antagonist, he’s one of the most memorable. Because his story has meaning.

Let’s focus on these types of quotes.

Not to mention the lines from Madara reflect his best moments in Naruto. 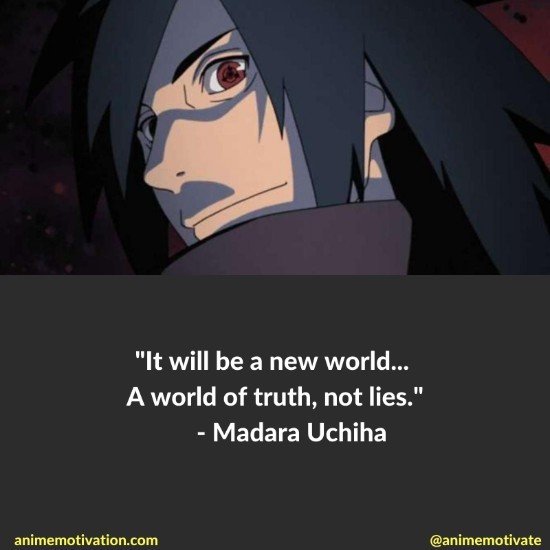 “It will be a new world… A world of truth, not lies.” – Madara Uchiha 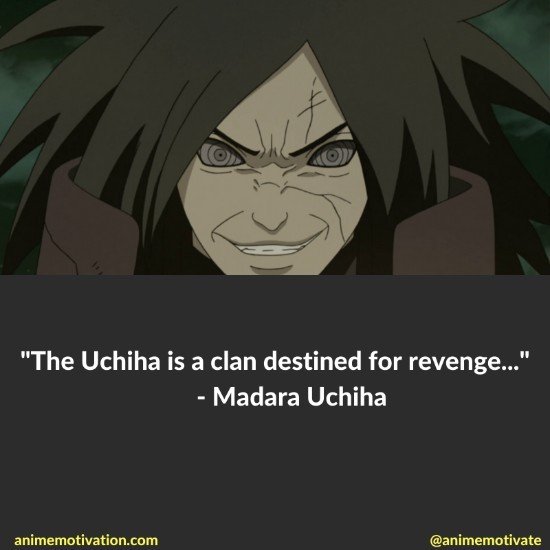 “The Uchiha is a clan destined for revenge…” – Madara Uchiha 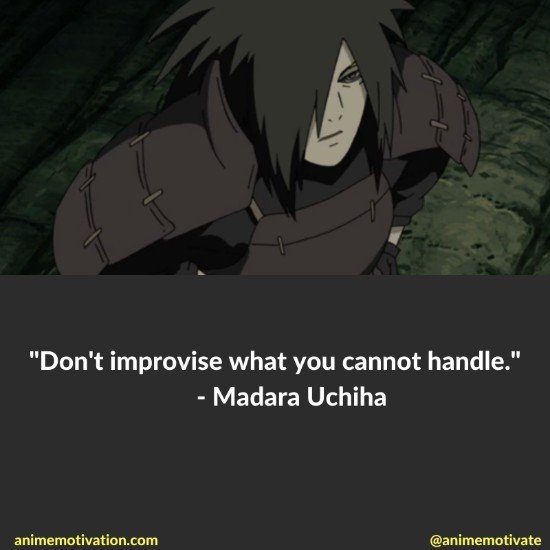 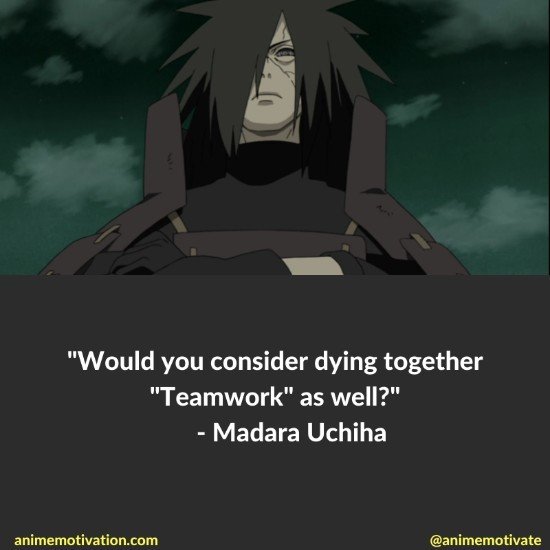 “Would you consider dying together “Teamwork” as well?” – Madara Uchiha 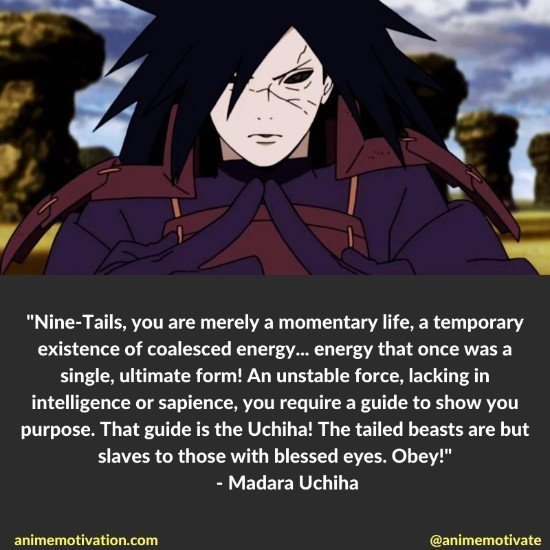 “Nine-Tails, you are merely a momentary life, a temporary existence of coalesced energy… energy that once was a single, ultimate form! An unstable force, lacking in intelligence or sapience, you require a guide to show you purpose. That guide is the Uchiha! The tailed beasts are but slaves to those with blessed eyes. Obey!” – Madara Uchiha 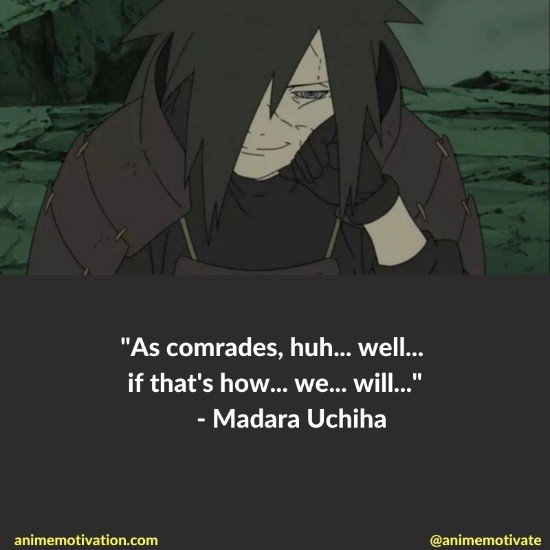 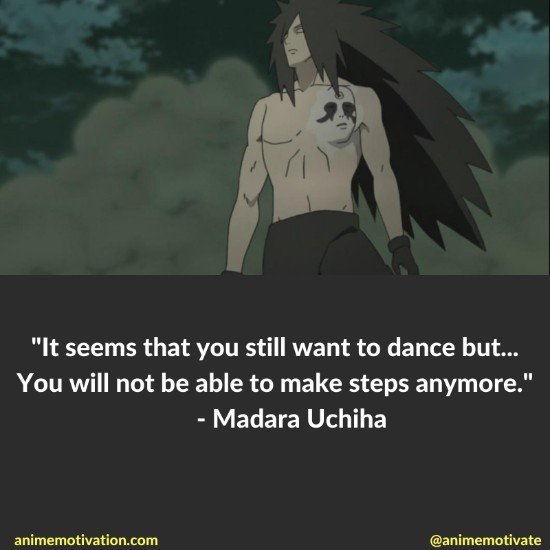 “It seems that you still want to dance but… You will not be able to make steps anymore.” – Madara Uchiha 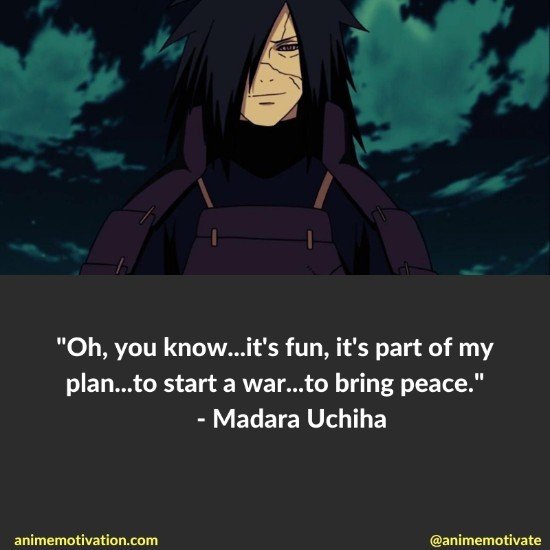 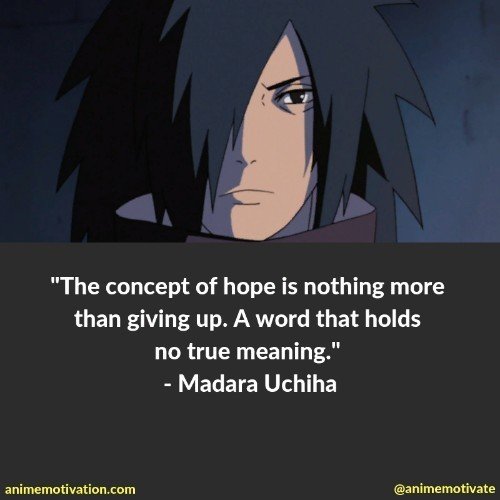 “The concept of hope is nothing more than giving up. A word that holds no true meaning.” – Madara Uchiha 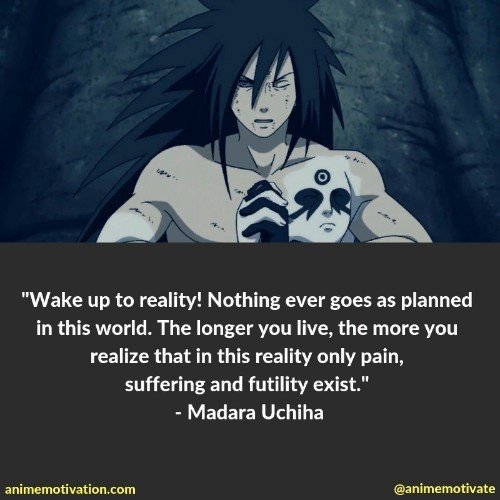 “Wake up to reality! Nothing ever goes as planned in this world. The longer you live, the more you realize that in this reality only pain, suffering and futility exist.” – Madara Uchiha 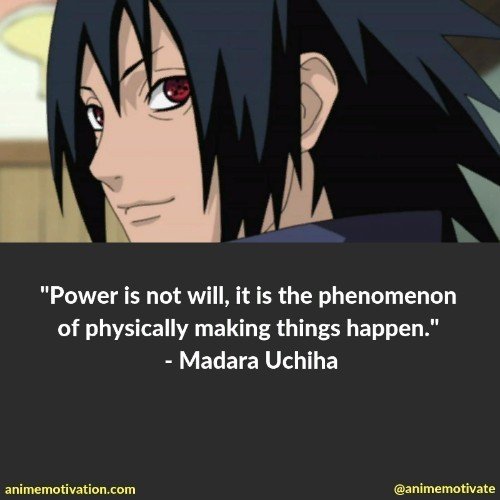 “Power is not will, it is the phenomenon of physically making things happen.” – Madara Uchiha 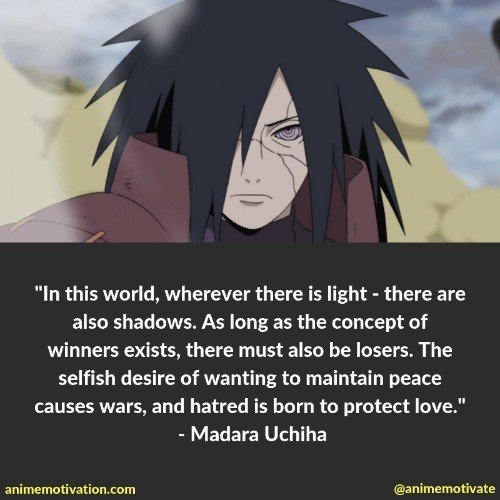 “In this world, wherever there is light – there are also shadows. As long as the concept of winners exists, there must also be losers. The selfish desire of wanting to maintain peace causes wars, and hatred is born to protect love.” – Madara Uchiha 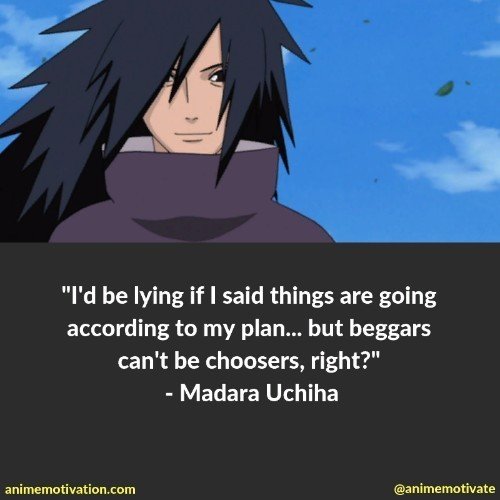 “I’d be lying if I said things are going according to my plan… but beggars can’t be choosers, right?” – Madara Uchiha 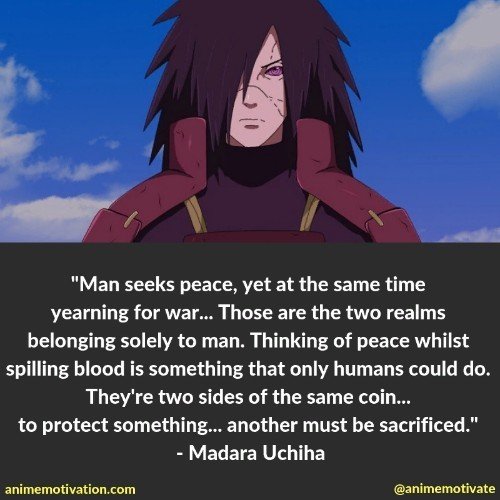 “Man seeks peace, yet at the same time yearning for war… Those are the two realms belonging solely to man. Thinking of peace whilst spilling blood is something that only humans could do. They’re two sides of the same coin… to protect something… another must be sacrificed.” – Madara Uchiha 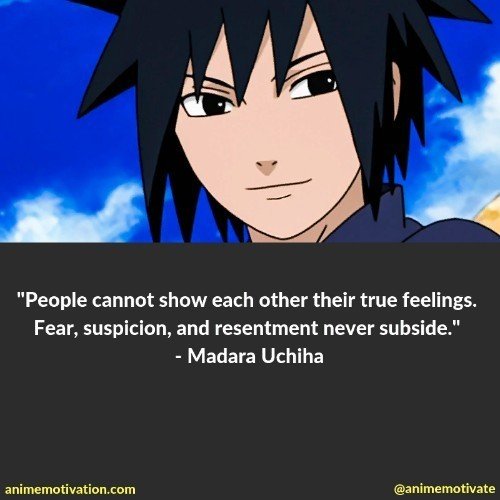 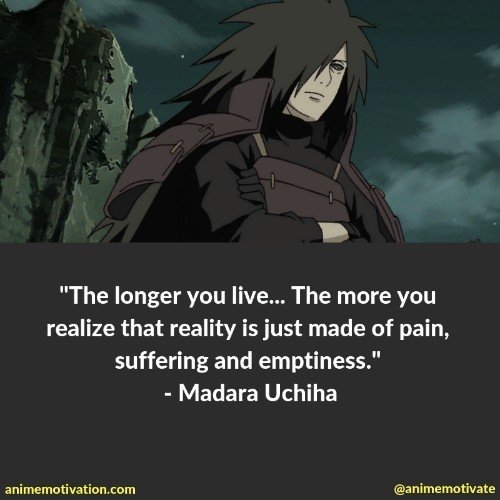 “The longer you live… The more you realize that reality is just made of pain, suffering and emptiness.” – Madara Uchiha 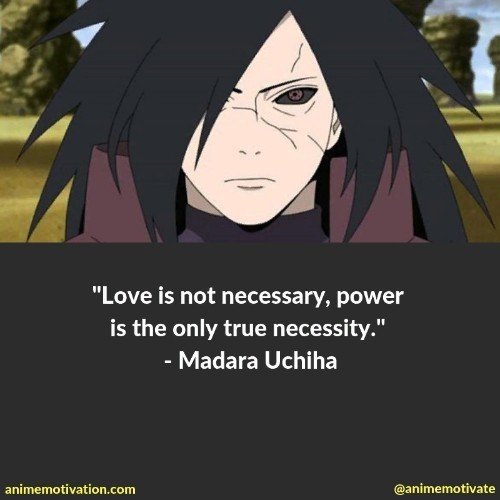 “Love is not necessary, power is the only true necessity.” – Madara Uchiha 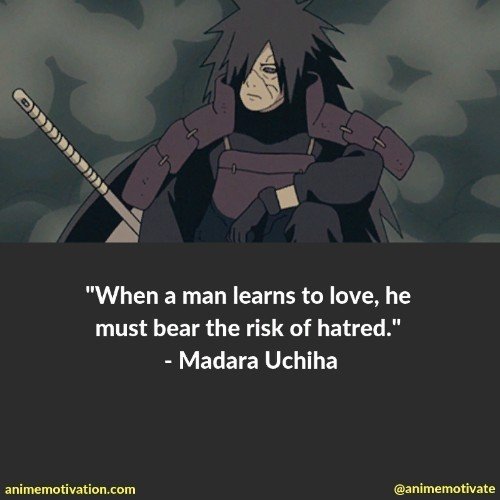 “When a man learns to love, he must bear the risk of hatred.” – Madara Uchiha