Rukia Kuchiki is an underrated, and one of my low-key favorite characters in . Especially from Bleach, and especially as a female character.

She’s waifu material, has depth to her character, makes the shine and even dependant on her screen time, plus so much more.

There’s no Bleach without Rukia (or Ichigo for that matter).

Some of her toughest moments, struggles, and perspectives are baked into the quotes of this post.

Many you’ll relate to, others will jog your memory. 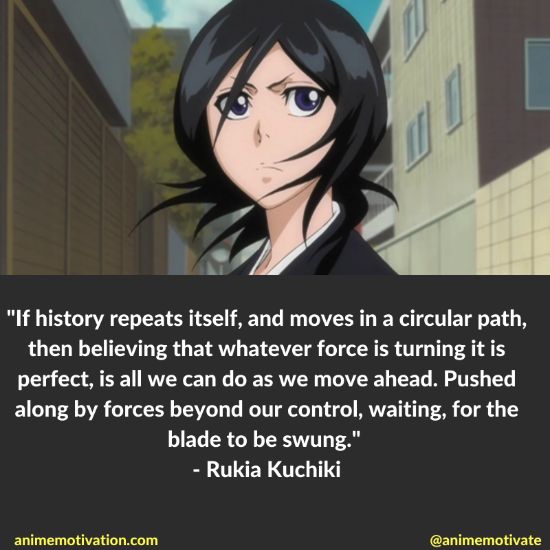 “If history repeats itself, and moves in a circular path, then believing that whatever force is turning it is perfect, is all we can do as we move ahead. Pushed along by forces beyond our control, waiting, for the blade to be swung.” – Rukia Kuchiki 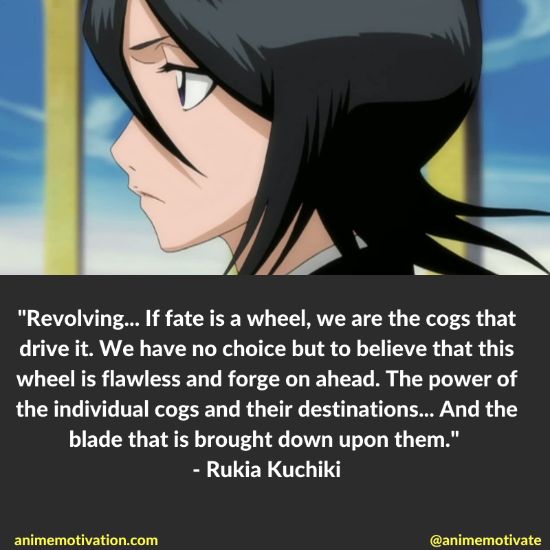 “Revolving… If fate is a wheel, we are the cogs that drive it. We have no choice but to believe that this wheel is flawless and forge on ahead. The power of the individual cogs and their destinations… And the blade that is brought down upon them.” – Rukia Kuchiki 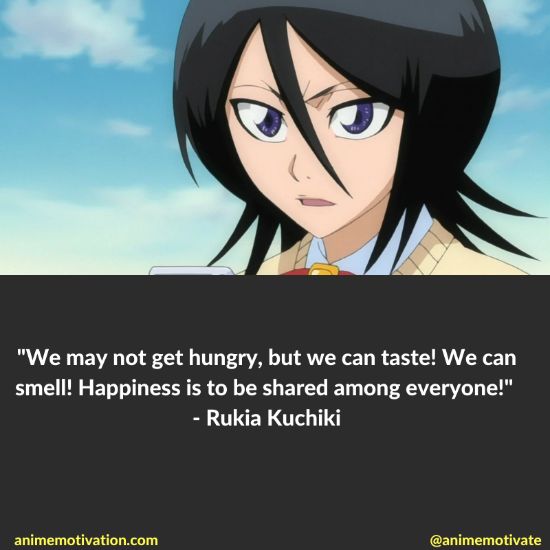 “We may not get hungry, but we can taste! We can smell! Happiness is to be shared among everyone!” – Rukia Kuchiki 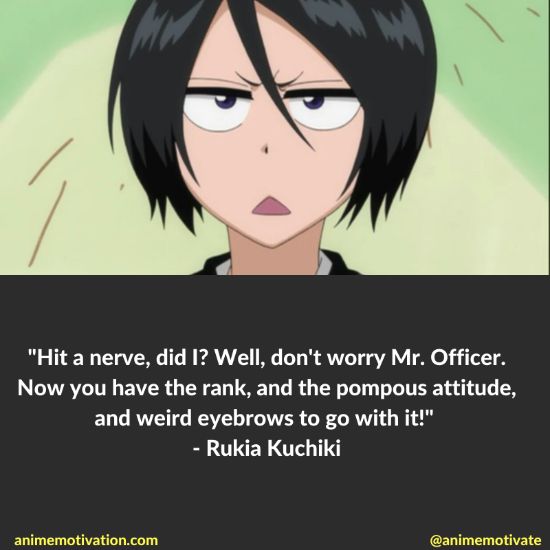 “Hit a nerve, did I? Well, don’t worry Mr. Officer. Now you have the rank, and the pompous attitude, and weird eyebrows to go with it!” – Rukia Kuchiki 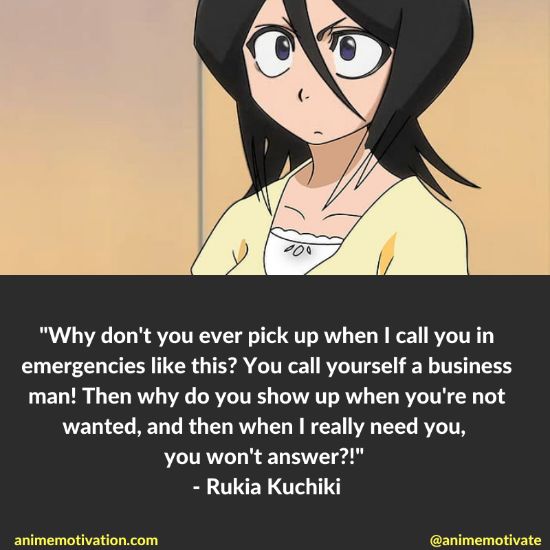 “Why don’t you ever pick up when I call you in emergencies like this? You call yourself a business man! Then why do you show up when you’re not wanted, and then when I really need you, you won’t answer?!” – Rukia Kuchiki 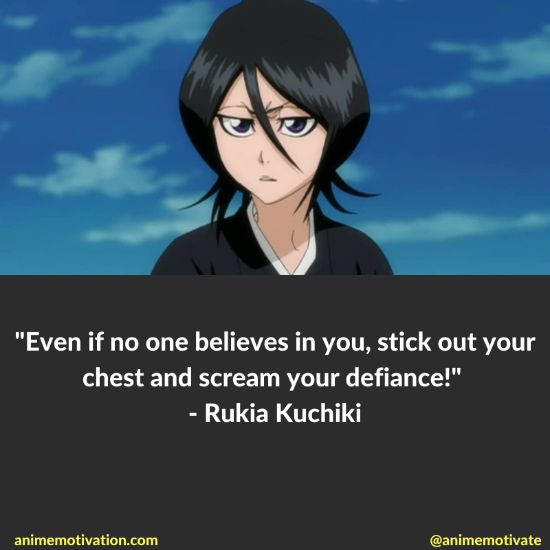 “Even if no one believes in you, stick out your chest and scream your defiance!” – Rukia Kuchiki 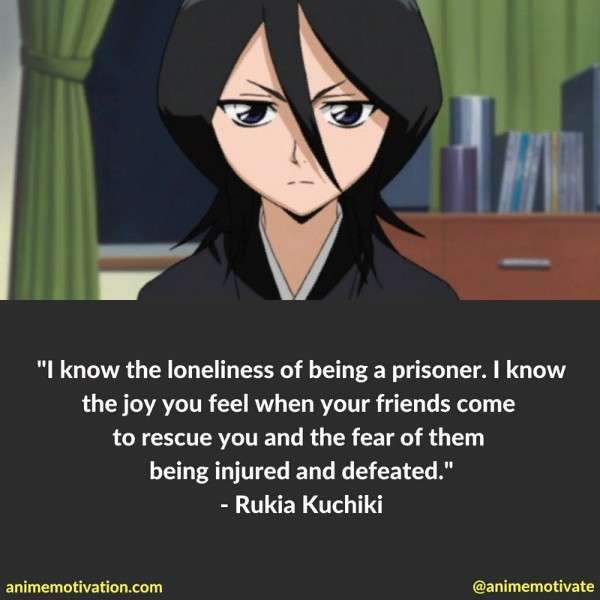 “I know the loneliness of being a prisoner. I know the joy you feel when your friends come to rescue you and the fear of them being injured and defeated.” – Rukia Kuchiki 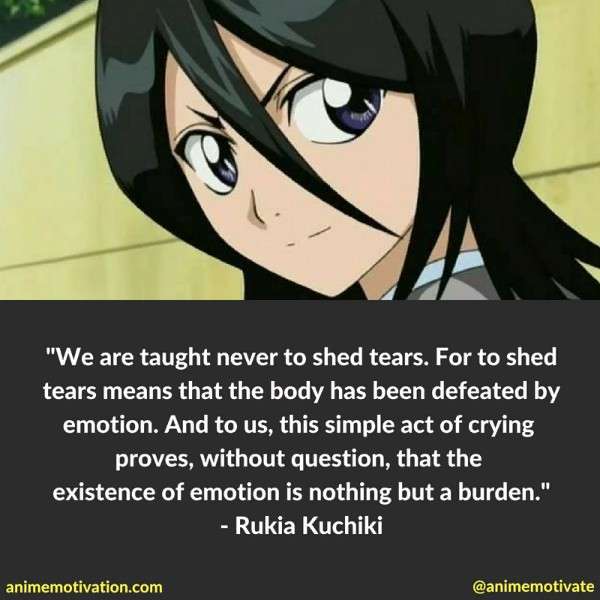 “We are taught never to shed tears. For to shed tears means that the body has been defeated by emotion. And to us, this simple act of crying proves, without question, that the existence of emotion is nothing but a burden.” – Rukia Kuchiki 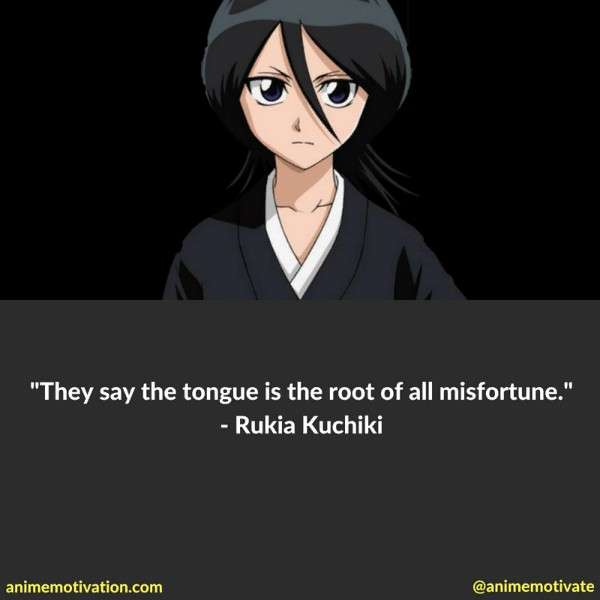 “They say the tongue is the root of all misfortune.” – Rukia Kuchiki 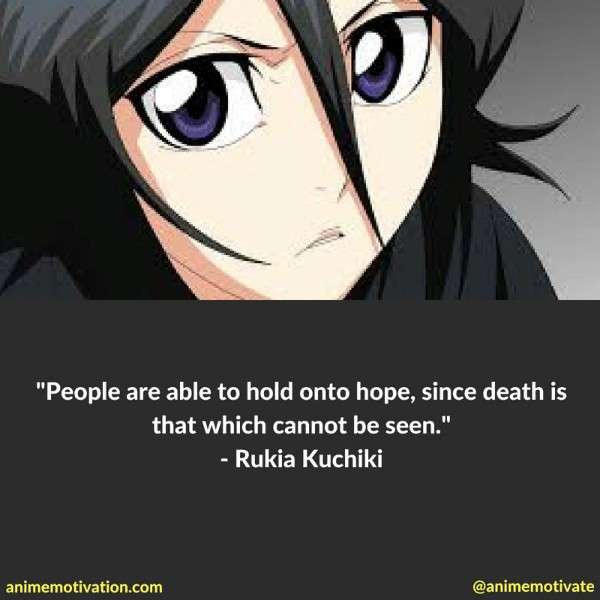 “People are able to hold onto hope, since death is that which cannot be seen.” – Rukia Kuchiki 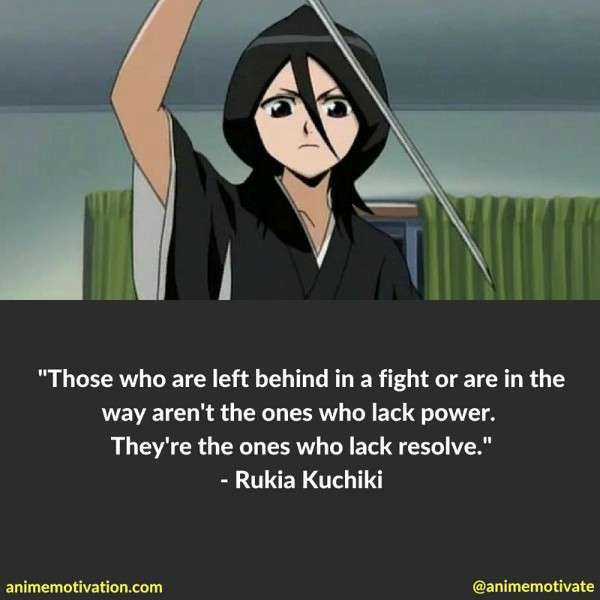 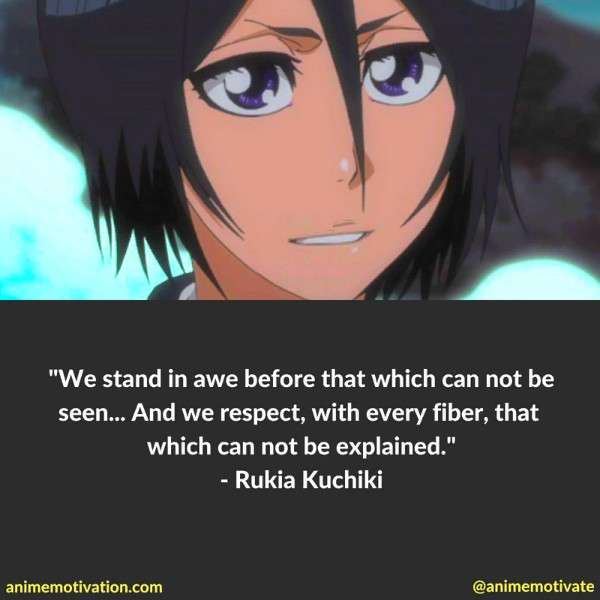 20+ Of The Greatest Shounen Anime You Need To Watch