Soi Fon is part of the stealth force in Bleach, an assassination type of group in the soul society.

Each member, more so the MAIN members like Soi Fon are some of the fastest characters in Bleach.

What makes Soi Fon’s character great is her loyalty and commitment traits. And even her sense of duty and responsibility.

She’s a harsh self critic.

She comes across as cold and hard to approach, but she’s more delicate and caring than she lets on.

These quotes will reflect this and her other moments in Bleach! 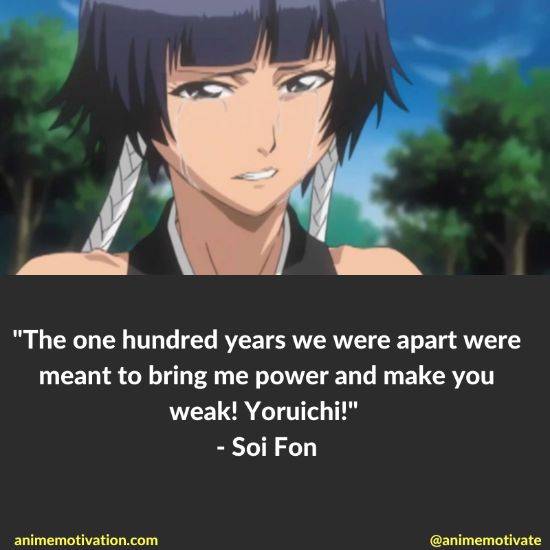 “The one hundred years we were apart were meant to bring me power and make you weak! Yoruichi!” – Soi Fon 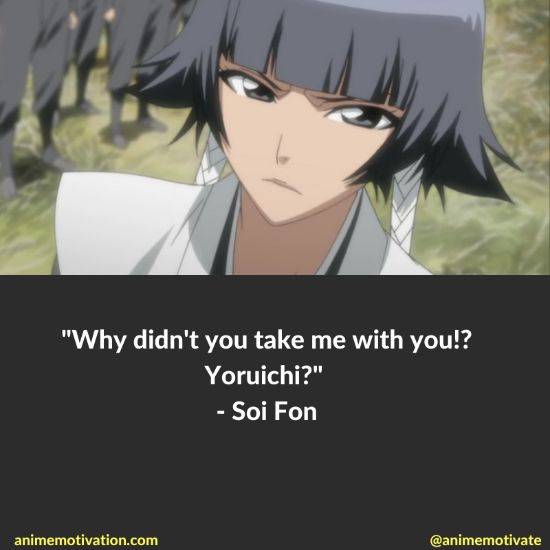 “Showing your back in a battle? You’ve become a fool Yoruichi!” – Soi Fon

“I’ll show you a real assassination. No… Maybe you won’t even be able to see it.” – Soi Fon 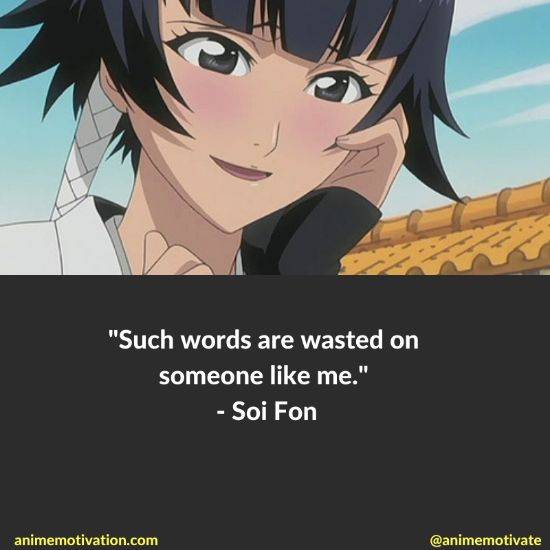 “Such words are wasted on someone like me.” – Soi Fon 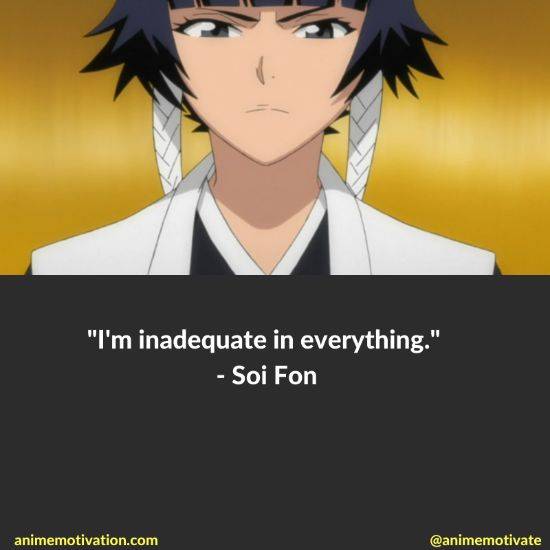 “I’m inadequate in everything.” – Soi Fon 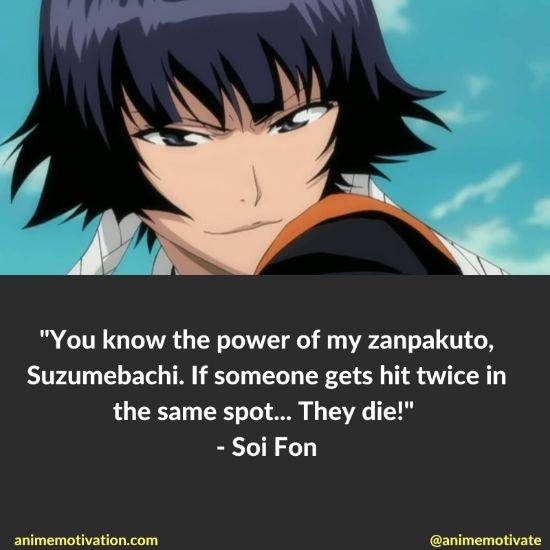 “You know the power of my zanpakuto, Suzumebachi. If someone gets hit twice in the same spot… They die!” – Soi Fon 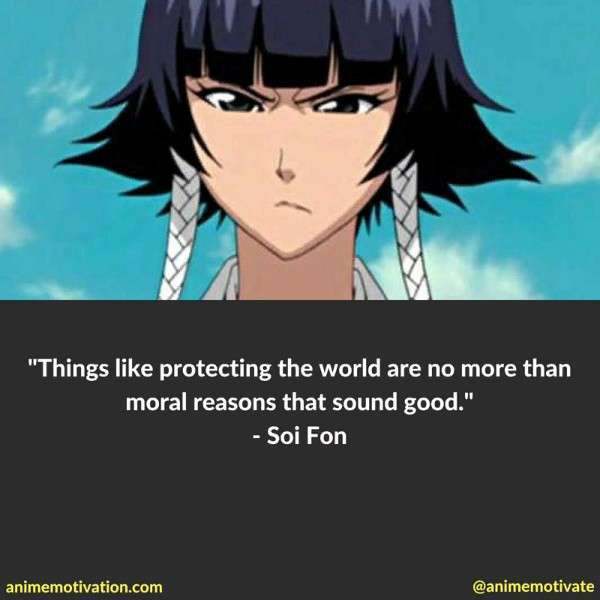 “Things like protecting the world are no more than moral reasons that sound good.” – Soi Fon 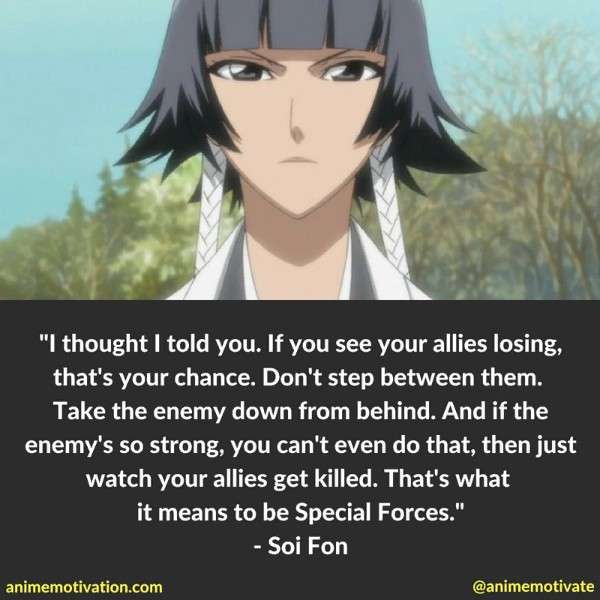 “I thought I told you. If you see your allies losing, that’s your chance. Don’t step between them. Take the enemy down from behind. And if the enemy’s so strong, you can’t even do that, then just watch your allies get killed. That’s what it means to be Special Forces.” – Soi Fon 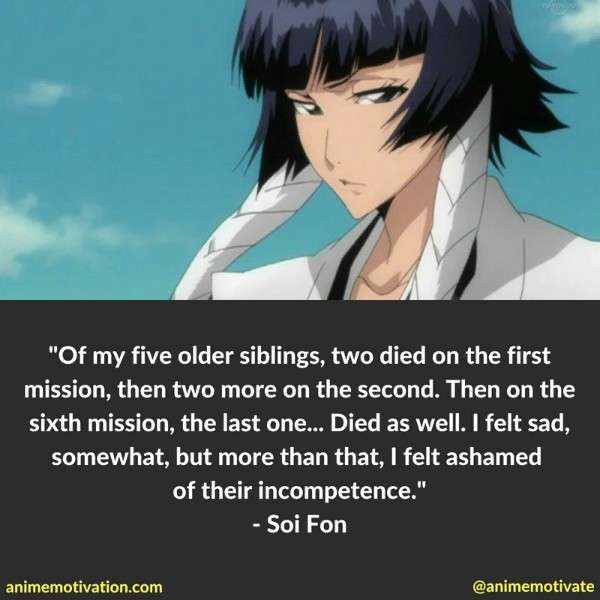 “Of my five older siblings, two died on the first mission, then two more on the second. Then on the sixth mission, the last one… Died as well. I felt sad, somewhat, but more than that, I felt ashamed of their incompetence.” – Soi Fon