Ino Yamanaka is one of the side characters of .  A girl who’s both beautiful on the inside and outside, and serves as a big sister to Sakura when they’re kids.

Ino is level headed despite being silly in the beginning stages. And matures into one of the most likable female characters in .

She’s a friend for life and loyal to a fault, with a genuine smile that’s hard to ignore.

Her quotes are reflective of this, some of her more serious moments, and character defining episodes she’s known for. 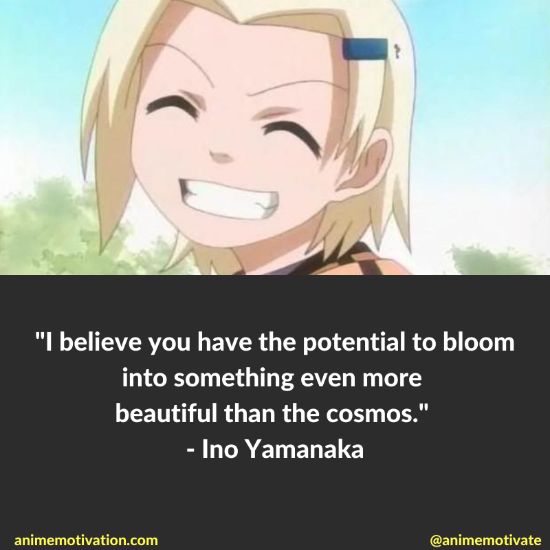 “I believe you have the potential to bloom into something even more beautiful than the cosmos.” – Ino Yamanaka 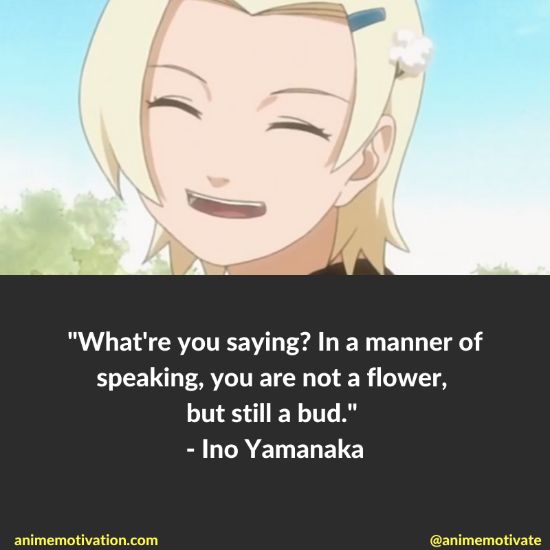 “What’re you saying? In a manner of speaking, you are not a flower, but still a bud.” – Ino Yamanaka 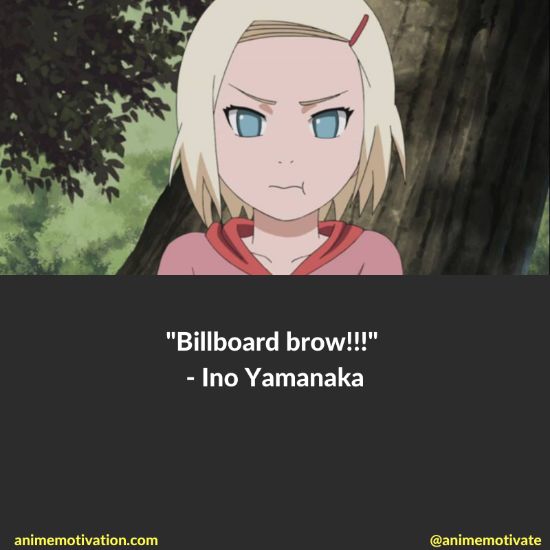 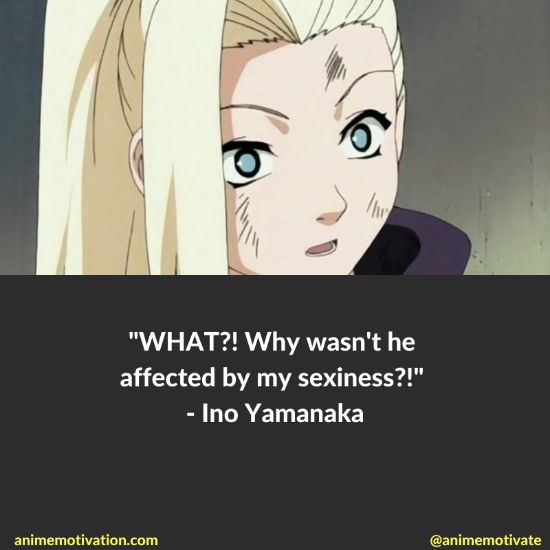 “WHAT?! Why wasn’t he affected by my sexiness?!” – Ino Yamanaka 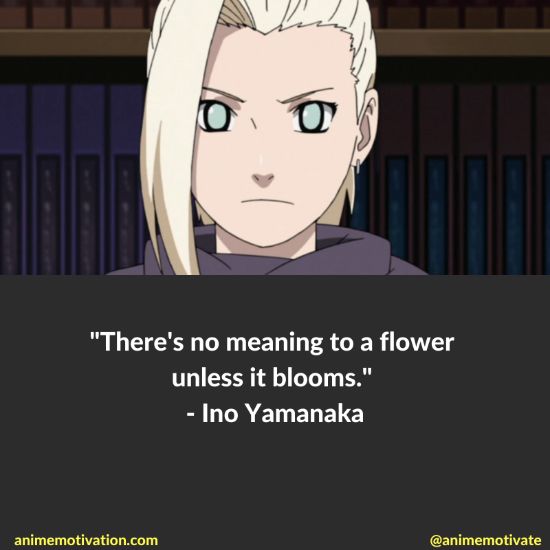 “There’s no meaning to a flower unless it blooms.” – Ino Yamanaka 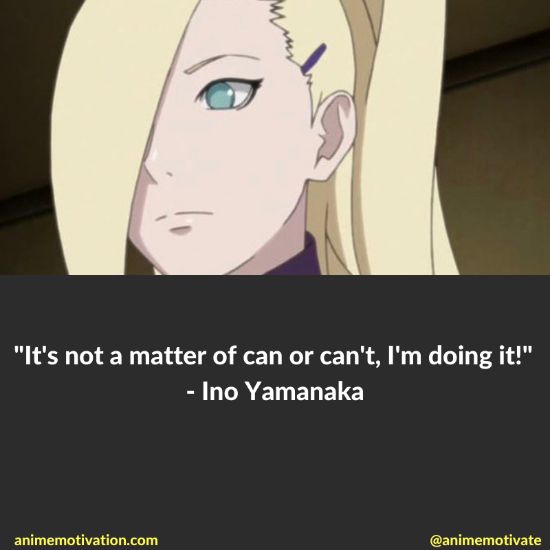 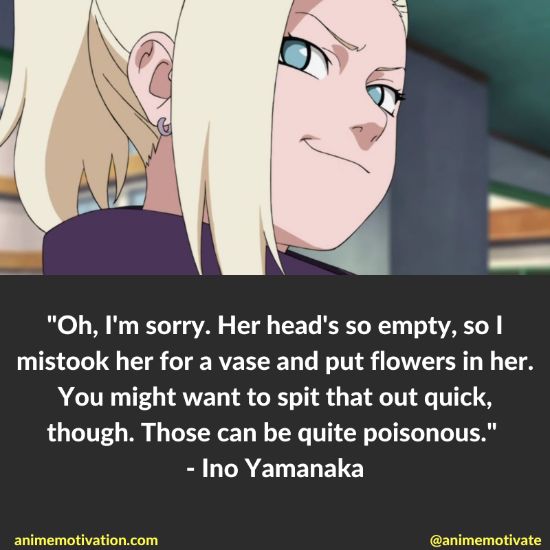 “Oh, I’m sorry. Her head’s so empty, so I mistook her for a vase and put flowers in her. You might want to spit that out quick, though. Those can be quite poisonous.” – Ino Yamanaka 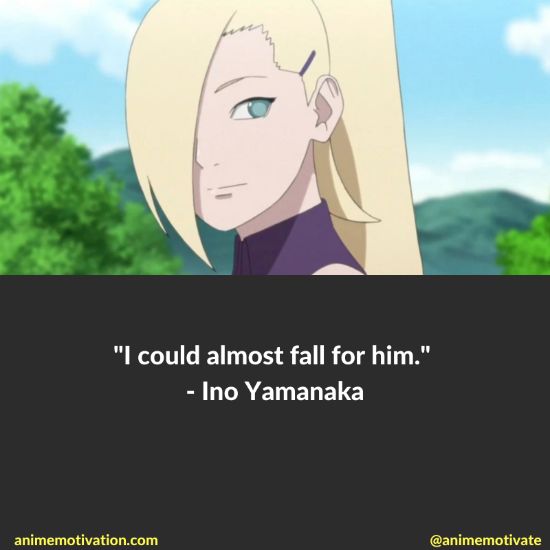 “I could almost fall for him.” – Ino Yamanaka 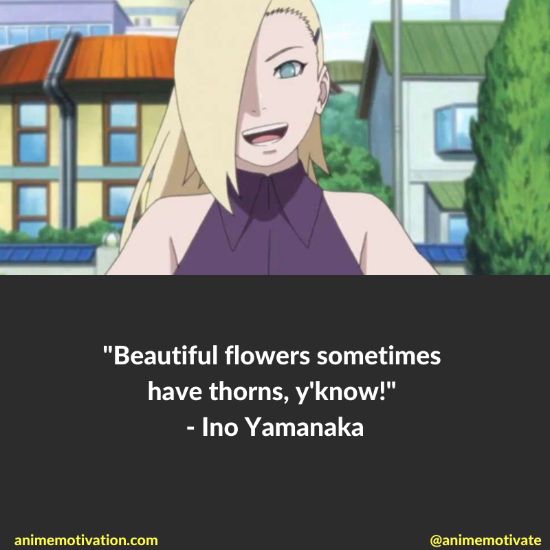 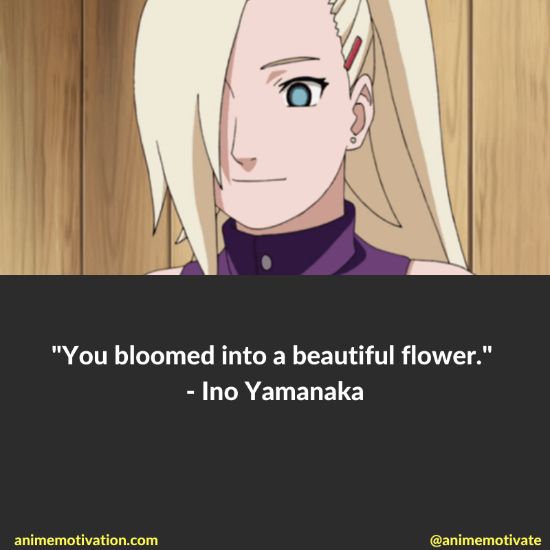 “You bloomed into a beautiful flower.” – Ino Yamanaka 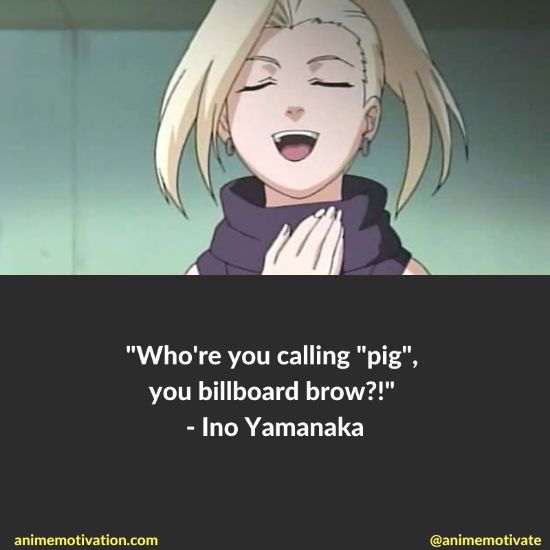 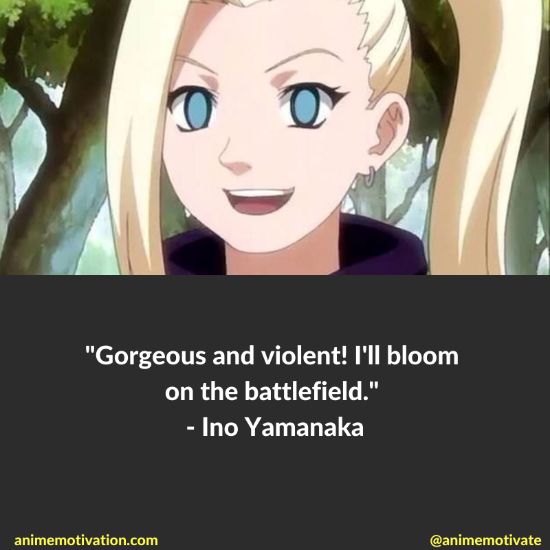 “Gorgeous and violent! I’ll bloom on the battlefield.” – Ino Yamanaka

“SHIKAMARU! Beat her up with a 16 HIT COMBO!” – Ino Yamanaka 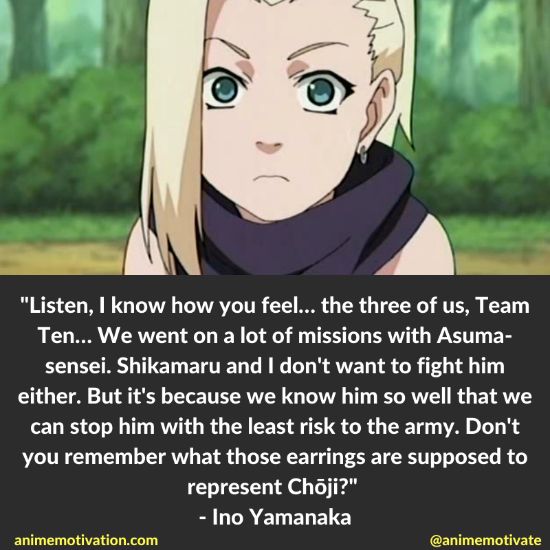 “Listen, I know how you feel… the three of us, Team Ten… We went on a lot of missions with Asuma-sensei. Shikamaru and I don’t want to fight him either. But it’s because we know him so well that we can stop him with the least risk to the army. Don’t you remember what those earrings are supposed to represent Chōji?” – Ino Yamanaka

A Collection Of The Best Carole & Tuesday Quotes Worth Sharing